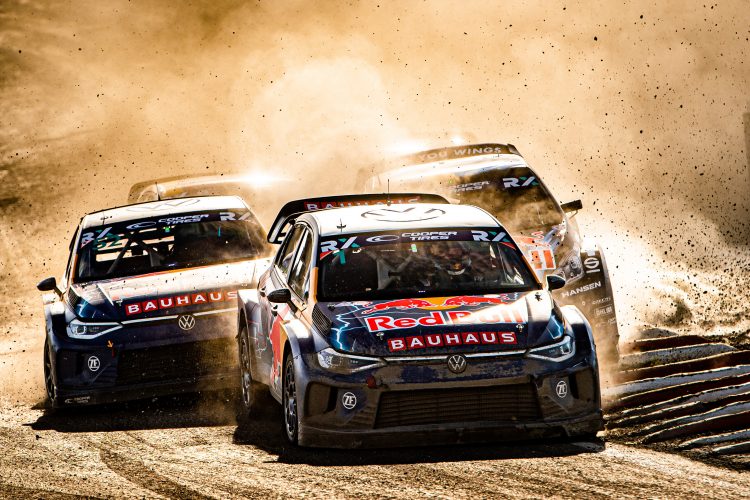 Johan Kristoffersson has made history by winning the first ever FIA World Rallycross Championship of the electric era.

The Hell weekend (13-14 August) at the Lånkebanen circuit returned to the rallycross calendar for the first time in three years, as the series moves on to the next step on its journey towards a more sustainable future – going fully electric. 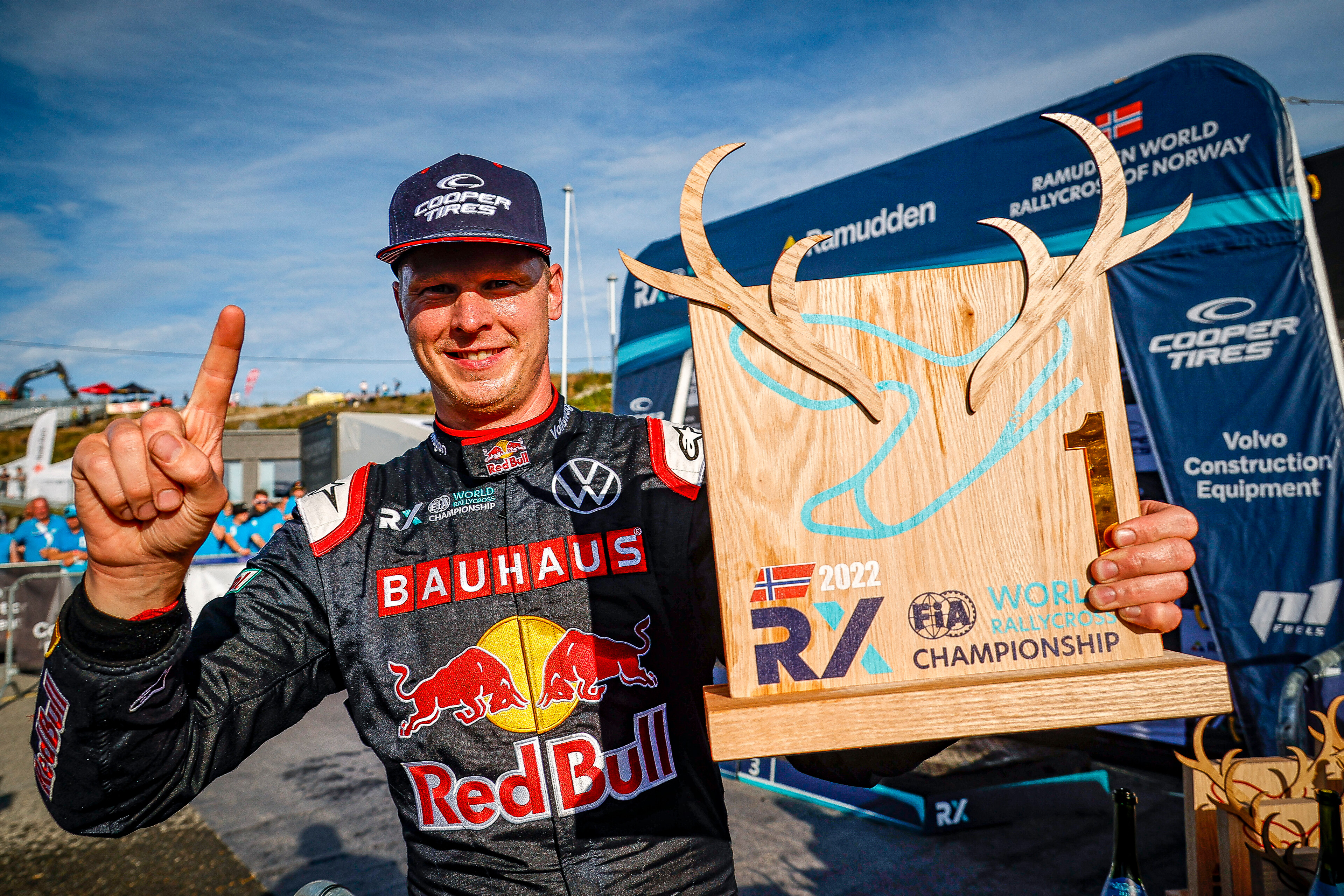 After a poor start, which put the four-time world champion in fourth place, Kristoffersson slid his car down the inside to overtake teammate Ole Christian Veiby, Niklas Grönholm in his PWR RX1e, and a very aggressive Timmy Hansen, to take the first position coming out of turn 1. He went on to dominate the race in front of a large and enthusiastic Norwegian crowd.

“On our side, I’m super happy for the team most of all – to finish one-three and be leading both the Drivers’ and Teams’ championships is an amazing effort,” said Kristoffersson. “We went from a big low to a big high in the space of about half-a-hour – and as a Swede, I’m not used to such major swings in emotion! But I’m so happy to win…”

Fellow world champion Hansen – who led the way overnight following the opening two heats – narrowly got the better of an entertaining scrap with rallycross returnee Veiby for the runner-up spoils, despite Hansen World RX Team struggling to match the speed of Kristoffersson Motorsport on the second day. 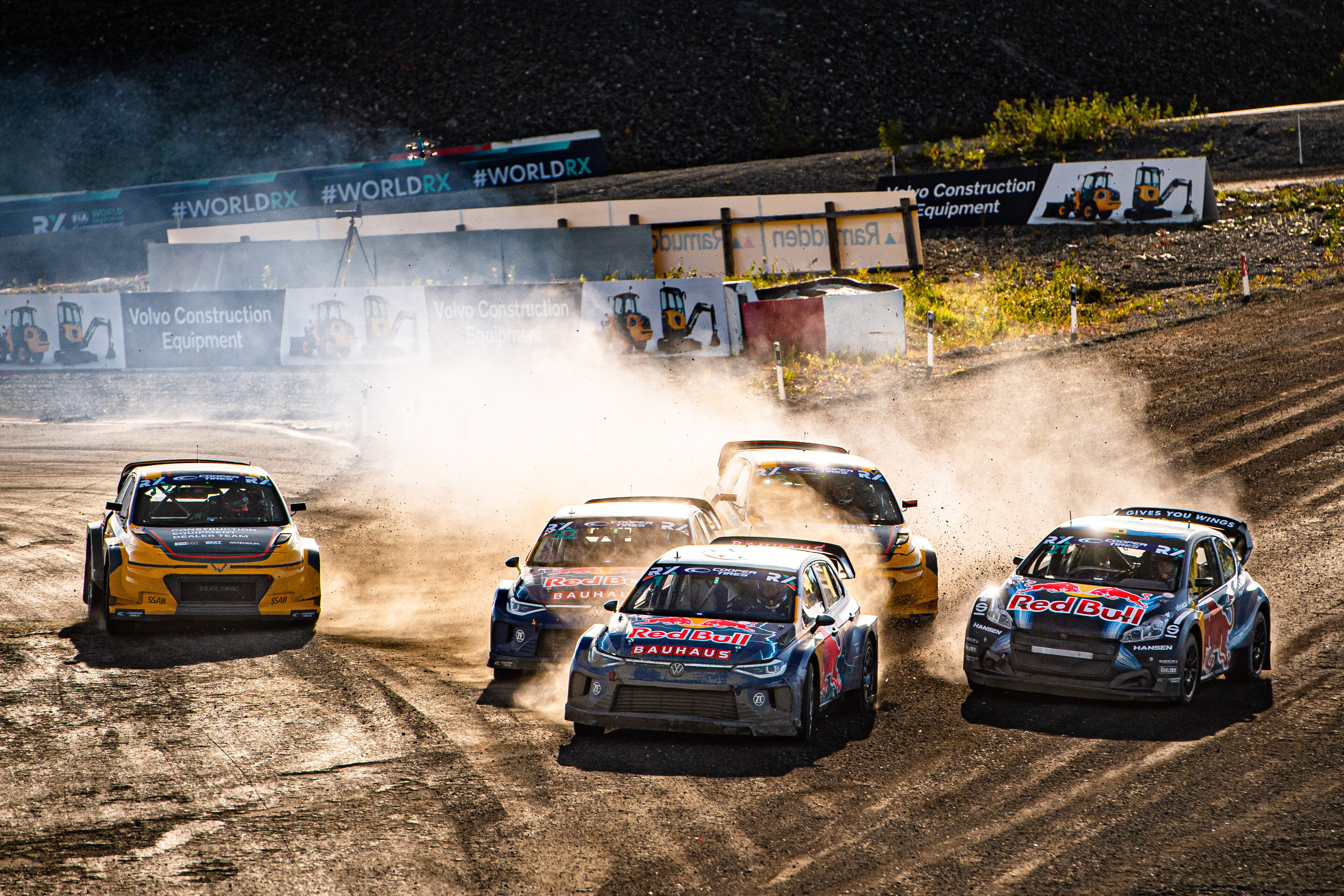 For Veiby, a maiden World RX podium in his first World Championship appearance since 2015 capped a strong comeback, with Klara Andersson similarly impressing on her way to fourth for Construction Equipment Dealer Team as the young Swede confidently held her own in illustrious company on her series debut. She crossed the line a fraction ahead of team-mate Niclas Grönholm, who endured a largely difficult weekend but deployed a sensational start in the second semi-final to outfox all of his adversaries.

“All-in-all, it was a very good first weekend for World RX’s electric era, and it was great to see so many spectators at the track,” reflected Kristoffersson. “It’s been a huge challenge for everybody to get to this point, and all the teams have done an incredible job simply to be here.”