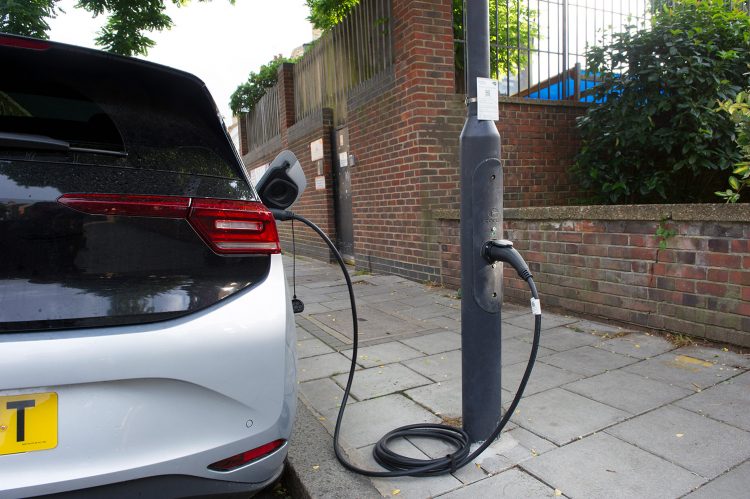 A new report has revealed wide variations in local access to public charging across the UK.

The percentage of households without the space to charge on their own property, but who live within five minutes’ walk of a public EV charger so they can easily plug in their car and walk home, has risen from 12% to 17% since 2020, according to research from consultancy firm Field Dynamics, in partnership with EV charging app, Zap-Map.

“We welcome such a significant increase in the number of chargers just a five-minute walk from households without a driveway, but it’s clear that the Government and local authorities need to increase availability to meet demand,” said Zap-Map co-founder and COO, Melanie Shufflebotham.

The significant overall increase of more than 40% in the number of households living close to public chargers has wide variations among local authorities – especially when compared to London. While London boroughs now achieve an average of nearly 60% coverage, other councils average less than 14%.

In terms of other major cities, however, Birmingham, Manchester and Glasgow scored slightly better than many other councils outside of London, together achieving an average of just over 19%.

Local authorities that have performed particularly well in this respect are the City of Brighton & Hove, and Portsmouth, which both achieved remarkably high percentages within their catchments of those unable to charge at home but within five minutes’ walk of a public charger, with 77% and 59% respectively.

Other local authorities to come out well in the analysis are Watford with 47% coverage, followed by Coventry with 45% and East Lothian with 43%. 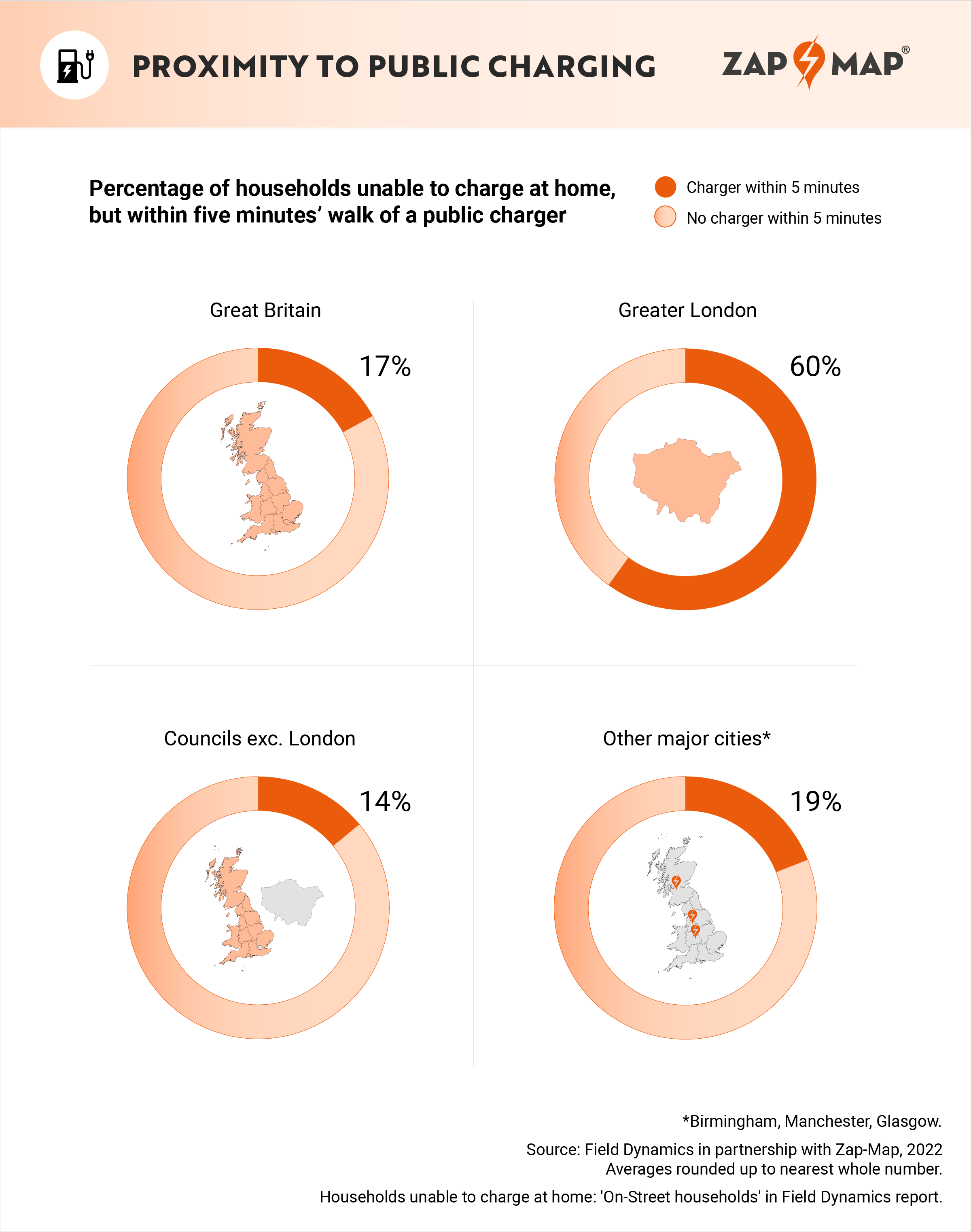 “The clear summary of this report is that there is very little consistency in approach and outcome, there is little correlation between demand and investment and finally little standardisation between the different council types,” said Ben Allan, managing director of Field Dynamics.