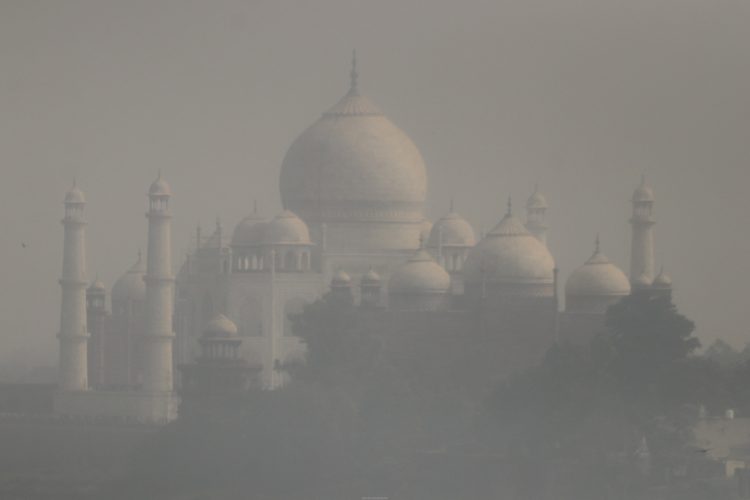 Air pollution led to 1.6 million deaths in India in 2019. These deaths were party driven by the ambient particulate matter pollution according to recent findings published in the Lancet journal. This ‘silent killer’ has now become one of the biggest causes of death as per the State of Global Air report published in 2020, which points out the urgency needed in tackling this health hazard.

A closer look at the pollution problem reveals its major contributor – the transport sector. Vehicular pollution overwhelmingly triggers emissions of greenhouse gases, chiefly carbon dioxide, which is associated with global warming and therefore, climate change. Evidently, air pollution and climate change are the two major environmental problems that need to be addressed through the lens of electric vehicles.

India – which is poised to be the world’s fastest-growing major economy this year – is home to six out of ten most polluted cities globally. All the above has fast-tracked the need for India to shift from a petro-economy to an electro-economy. But does mass uptake of electric vehicles hold the key to solving India’s carbon emission problem and eventually the air pollution crisis?

Indian roads are prodigiously dominated by vehicles powered by either petrol or diesel – fossil fuels known to produce carbon dioxide, one of the potent greenhouse gases. Conventional vehicles use internal combustion engines (ICE) that cause exhaust or “tail-pipe” emissions from behind. In contrast, since fully battery-operated vehicles don’t burn any fuel, they don’t let anything out from the exhaust, avoiding the tailpipe emissions from taking place. But while electric vehicles hold the potential to solve a lot of problems – will a switch from conventional ICE models be enough? 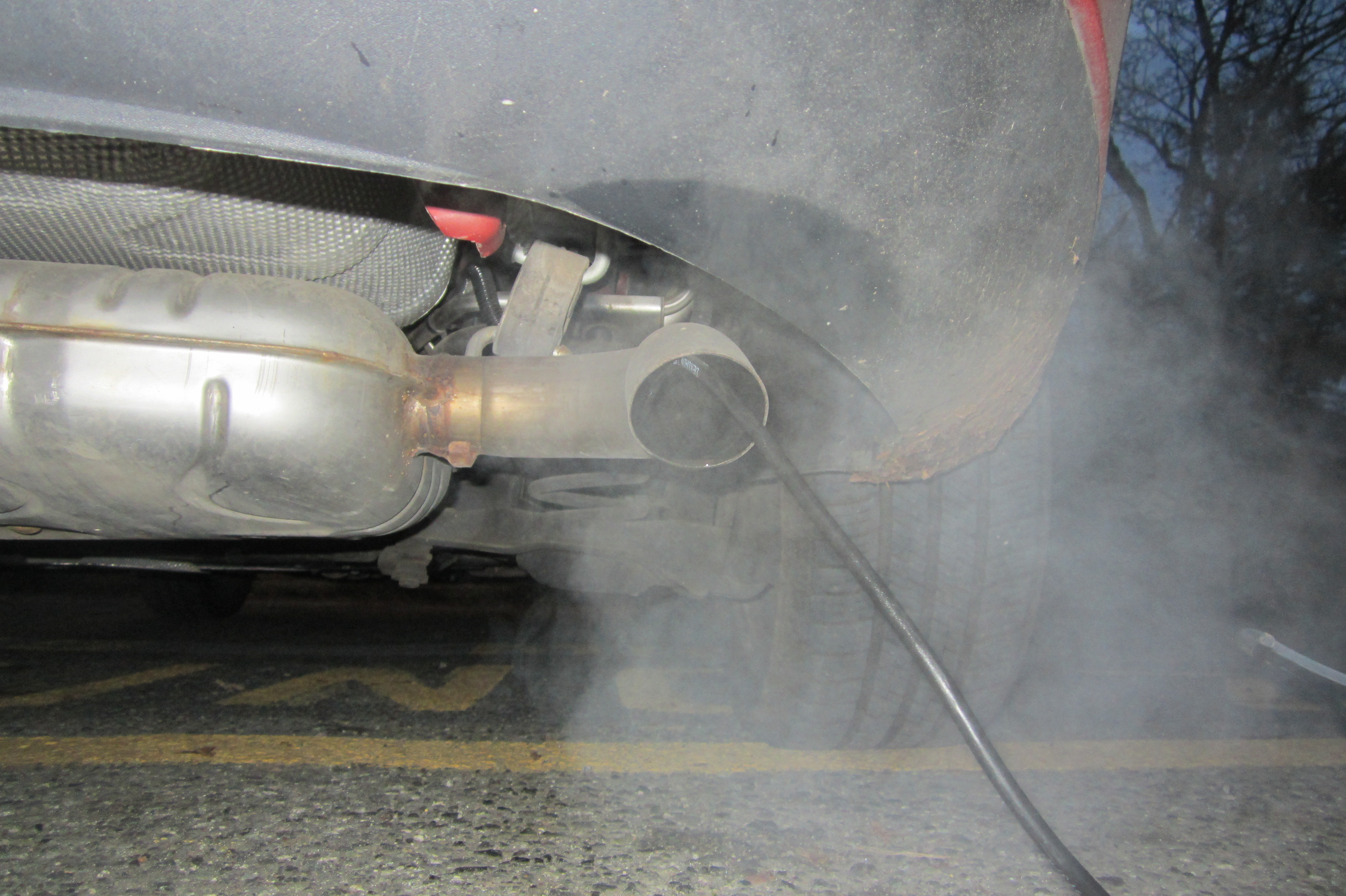 “You are using some amount of energy to power the vehicle still – which is coming in the form of electricity. So, the question becomes, where and how was the electricity produced,” observes Arunesh Karkun, a researcher at the Centre for Policy Research, a think tank based in New Delhi.

In India, nearly 70% of electricity needs are met by coal, which is infamous for being the dirtiest fossil fuel. Transitioning to electric vehicles will thus “displace emissions from the cities to where the coal power plants are based” adds Karkun.

This is an additional concern from a climate change perspective. Anumita Roychowdhury, executive director of research and advocacy at the New Delhi-based Centre for Science and Environment (CSE) concurs with the view. “The actual pollution potential of electric vehicles has to take into account the lifecycle emissions. It is not only the vehicular emission that has to be considered – but also the emissions from the electricity source that’s powering this vehicle – to see if that is that causing pollution,” she says. Even then, if we compare the lifecycle emissions from electric vehicles against internal combustion engines – then the emissions from EVs are much lower comparatively.

Roychowdhury, who is a member of World Economic Forum’s Global Future Council on Clean Air goes on to say that instead of trying to control emissions in each and every tail-pipe of billions of vehicles on the road, it is “still better to apply stringent emission control measures at the power plant level and make them clean while simultaneously being ambitious about increasing the share of renewable energy.”

It is important to note that India has committed to generating 50% of its energy requirements from renewable sources (like solar and hydro) by 2030, which puts the spotlight back on coal and its sustainability.

How green are electric vehicles really?

A mass uptake of electric vehicles will definitely go a long way in combating air pollution. But there’s a second kind of emission that policymakers must be wary of.

While battery-powered vehicles don’t promote toxic tailpipe emissions, and brake dust is minimal due to regenerative braking (putting energy back into the battery), the wearing off of tyres, and resuspension of dust in the air can give rise to particulate matter (PM) 2.5 and 10 – the unhealthy levels of which can be the reason behind lung cancer and heart ailments.

Recently, India was ranked the last amongst 180 countries in the Environmental Performance Index (EPI), which grades nations on 40 indicators like climate change performance, environmental health, and greenhouse gas emissions. The analysis, by researchers at Yale and Columbia universities, observed: “Most low-scoring countries are those that have prioritized economic growth over sustainability. India, with increasingly dangerous air quality and rapidly rising greenhouse gas emissions, falls to the bottom of the rankings for the first time. China places 161st, earning an overall EPI score of 28.4. China and India are projected to be the largest and second-largest emitters of greenhouse gases in 2050, despite recently promising to curb emissions growth rates.”

The indicators have measured how close countries are to meeting internationally established targets of sustainability for specific environmental issues but the findings have been vehemently opposed by India by calling them “unscientific”.

Nevertheless, other data points, like the ones discussed above suggest that there is a lot that needs to be done by India to combat its lethal air quality and meet its net-zero carbon emissions goal by 2070 —and large-scale adoption of electric vehicles appears to be a strong weapon in its arsenal to achieve that.

The International Energy Agency estimates that 13.5% of India’s carbon dioxide emissions come from transport, and when we look at the transport emissions, nearly 90% of them come from road-based travel. This underscores how air pollution is inextricably linked to sustainable mobility and reinventing the way people drive can be one of the biggest answers to this menace.

If we do a global comparison, India enjoys some advantages that can help speed up the transition to electric vehicles and make a tangible solution to its environmental concerns.

India’s on-road fleet is dominated by two and three-wheelers that constitute nearly 80% of all vehicles. CSE, which is headquartered in the world’s most polluted capital city, believes them to be more polluting than cars. Smaller vehicles thus are easier candidates for electrification than their bigger counterparts. “If 80% of the fleet can be electrified quickly then it will be a big environmental as well as a public health benefit,” says Roychowdhury.

Additionally, the Indian demographic is not as dependent on cars as it is on public transport, a significant proportion of which is formed by buses. Thus, if the busses are also electrified at a large scale, it will emerge as a clear environmental benefit to tackle air pollution and de-carbonise transport. In Roychowdhury’s view, these are some unique opportunities that India has.

However, CSE notes that a key reason behind the low levels of adoption of electric vehicles is the production deficit.  The think-tank’s report, ‘The Case for Electric: Building scale and speed for zero-emissions mobility’ calls for a zero-emissions vehicle (ZEV) mandate in the country. The legal mandate demands that a proportion of automakers’ sales come from electric, or else they will face financial penalties. Even though the country’s federal think tank, NITI Aayog has laid out a vision to convert at least 70% of vehicle sales into electric before 2030, it is a policy intent and not a regulatory one.

The ZEV mandate will ensure a robust supply side with a larger model availability, which is integral to phasing out the conventional ICEs. Other than the ZEV production percentage, the mandate is also supported by a second pillar called ZEV credits.

California, China, and Europe have successfully implemented a credit-based mandate programme, which entails the automaker earning ‘credits’ for every electric vehicle they sell, based on its type and battery. “A mandatory annual requirement for credits, expressed as a percentage of overall production or sales, which rises over time, could become a platform to push for larger ZEV sales as manufacturers sell an increasing proportion of ZEVs each year to meet a rising requirement for ZEV credits,” the CSE report says.

India is already facing the wrath of severe climate change and its aftereffects. Its rising fuel import bill intermeshed with its environmental apprehensions demand a swift change towards de-carbonised vehicles. And while there is an evident government intent and dialogue regarding these issues, experts reckon a few tweaks in the policy roadmap and a regulatory mandate are still required to achieve the speed and scale needed for the transition and to meet its clean air goals.

This story is the second of a multi-part series: ‘Inside India’s Booming Electric Vehicle Market’. Read the first part, Has India been a latecomer to the EV party?