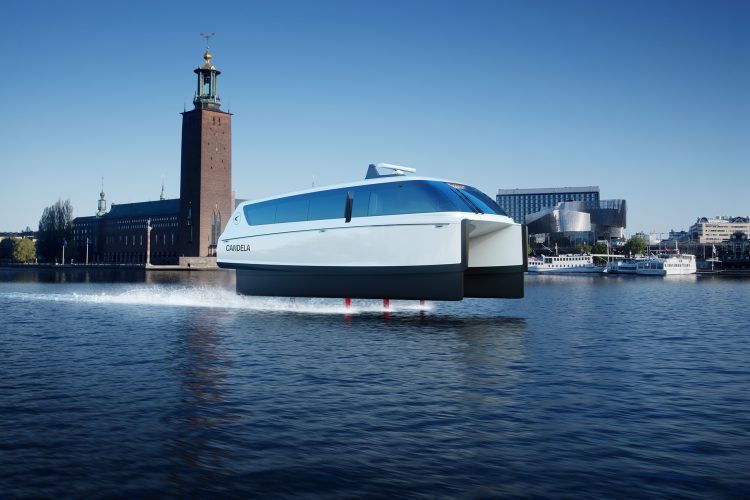 Marine technology company Candela has released pictures of its new electric P-12 Shuttle, which will hit Stockholm for a nine-month trial next year.

Claimed to be the fastest electric ship, Candela P-12 Shuttle is a hydrofoiling electric ferry that can sail at a speed of 30 knots. The electric ship will be shuttling passengers from Stockholm’s Ekerö to the city center during its trial run.

The shuttle will provide faster commuting than the subway and bus lines it competes with while being more energy-efficient than the diesel vessels currently servicing the same route, says the Swedish manufacturer.

The company claims that its technology will reduce energy per passenger kilometer by 95% and save the commuter an average of 50 minutes per day. 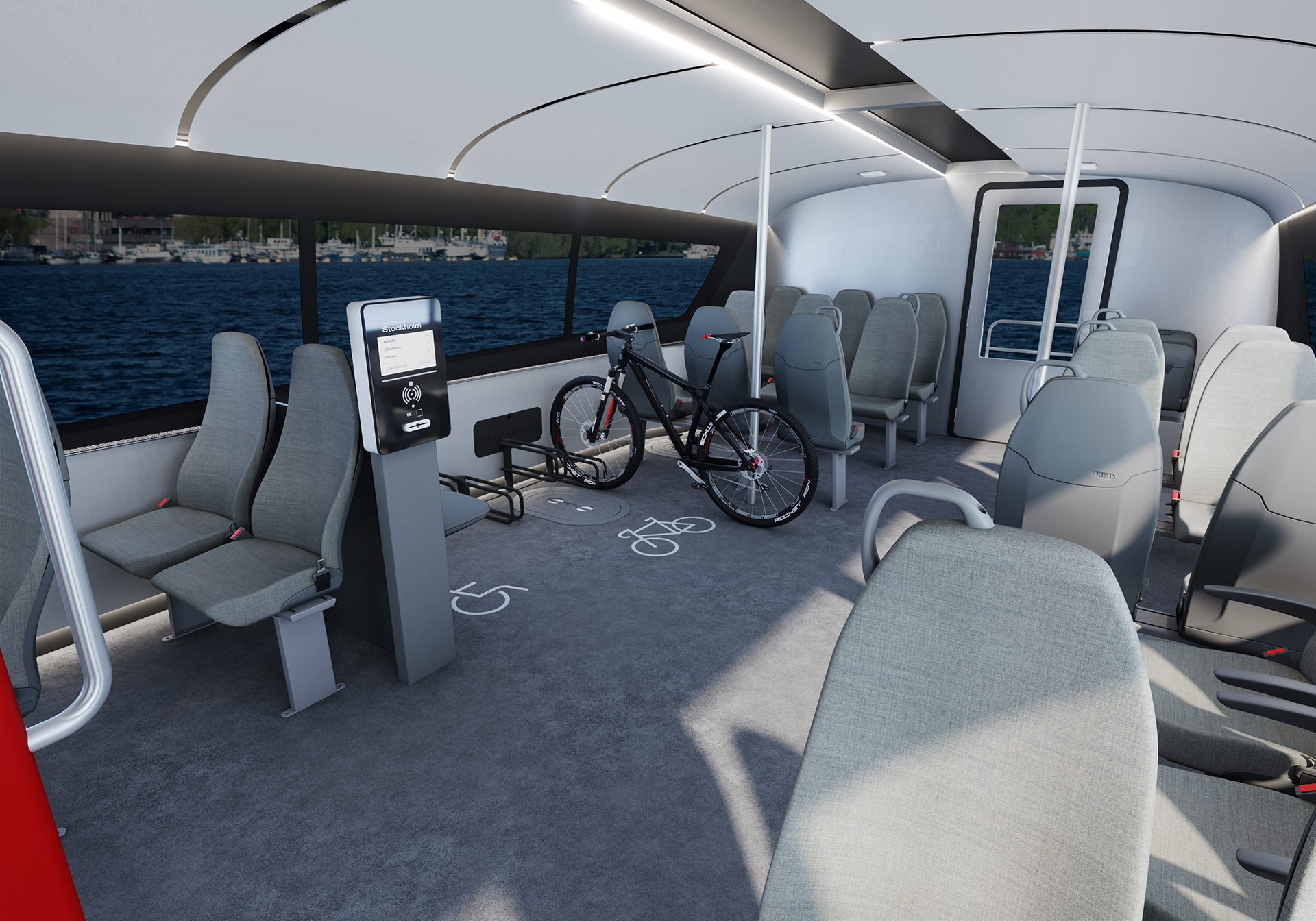 “This will have a huge positive impact on people’s lives – you can work one more hour or pick up your kids from school one hour earlier,” said Erik Eklund, vice president, Commercial Vessels at Candela.

The ship is equipped with three razor-sharp carbon-fiber wings that extend from under the hull and hydrofoils that allow the ship to raise itself above the water, which reduces drag and increases its speed and travel range.

The P-12 will also feature a computer system that helps regulate the foils 100 times per second, to provide stability and minimise sea sickness.

“There’s no other ship that has this kind of active electronic stabilization,” said Eklund. “Flying aboard the P-12 Shuttle in rough seas will feel more like being on a modern express train than on a boat: it’s quiet, smooth and stable.”

The Region of Stockholm will operate the first P-12 Shuttle ship for a nine-month trial period in 2023. If it meets expectations, Candela hopes the city’s fleet of over 70 diesel vessels eventually will be replaced by P-12 Shuttles, as more transport shifts off congested highways and onto waterways. 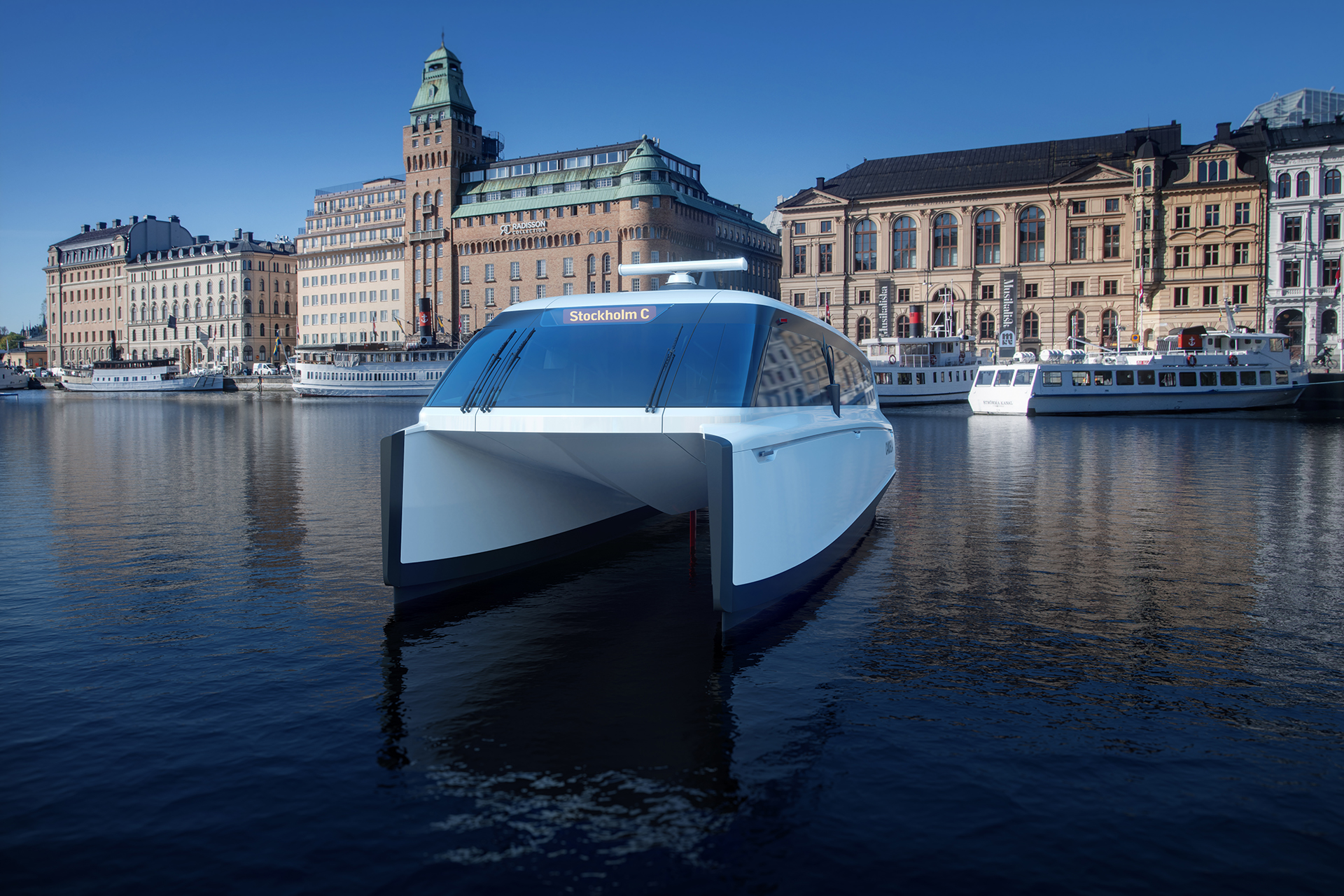 “This project can contribute to solutions that we can use in Stockholm, but also provides opportunities for both exports and jobs in the Stockholm region,” said Gustav Hemming, vice president of the regional executive board in Stockholm.

With the P-12 Shuttle, Candela is proposing to replace the current 200-person diesel ferries with five of its 30-person electric shuttles and introduce departures every 11 minutes instead of the two daily departures currently in place.

Candela will be laying the carbon fibre keel for the P-12 Shuttle at the company’s new, automated factory in Rotebro, outside Stockholm, towards the end of 2022.