UK battery electric van registrations were up 62.7% this year to date in May compared to last year, meaning the overall BEV market share has more than doubled to 5.2%, according to data from the Society of Motor Manufacturers and Traders (SMMT).

The rise in BEV registrations has been partly as a result of large fleet orders delivered earlier in the year, as well as the growing choice provided by manufacturers investing in EV development. Now one in three vehicle models is available as a plug-in. 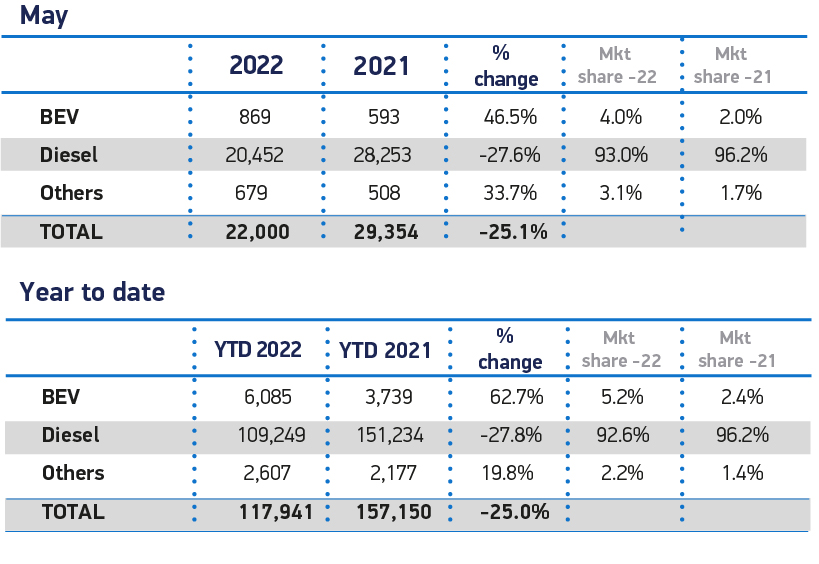 Despite this, the electric vehicle industry continues to lag behind its ICE (internal combustion engine) counterparts, making up just 14% of new car purchases. As for vans, BEVs represent just one in 20 new registrations, and one in 180 of those on the road.

A perceived lack of charging facilities, and cost of electric vehicles appear to be what is holding back the sector, according to an SMMT survey. It revealed that 58% of existing van owners would be inclined to purchase an EV if there were more public charging points, and 57% said that government incentives such as reduced tax or grants towards purchase would help them to transition to electric.

The EV sales figures are against a backdrop of a decline in vehicle sales across all segments, according to SMMT’s data. For example, UK light commercial vehicle (LCV) registrations recorded their fifth consecutive month of decline in May 2022, falling 25.1% to 22,000 units. 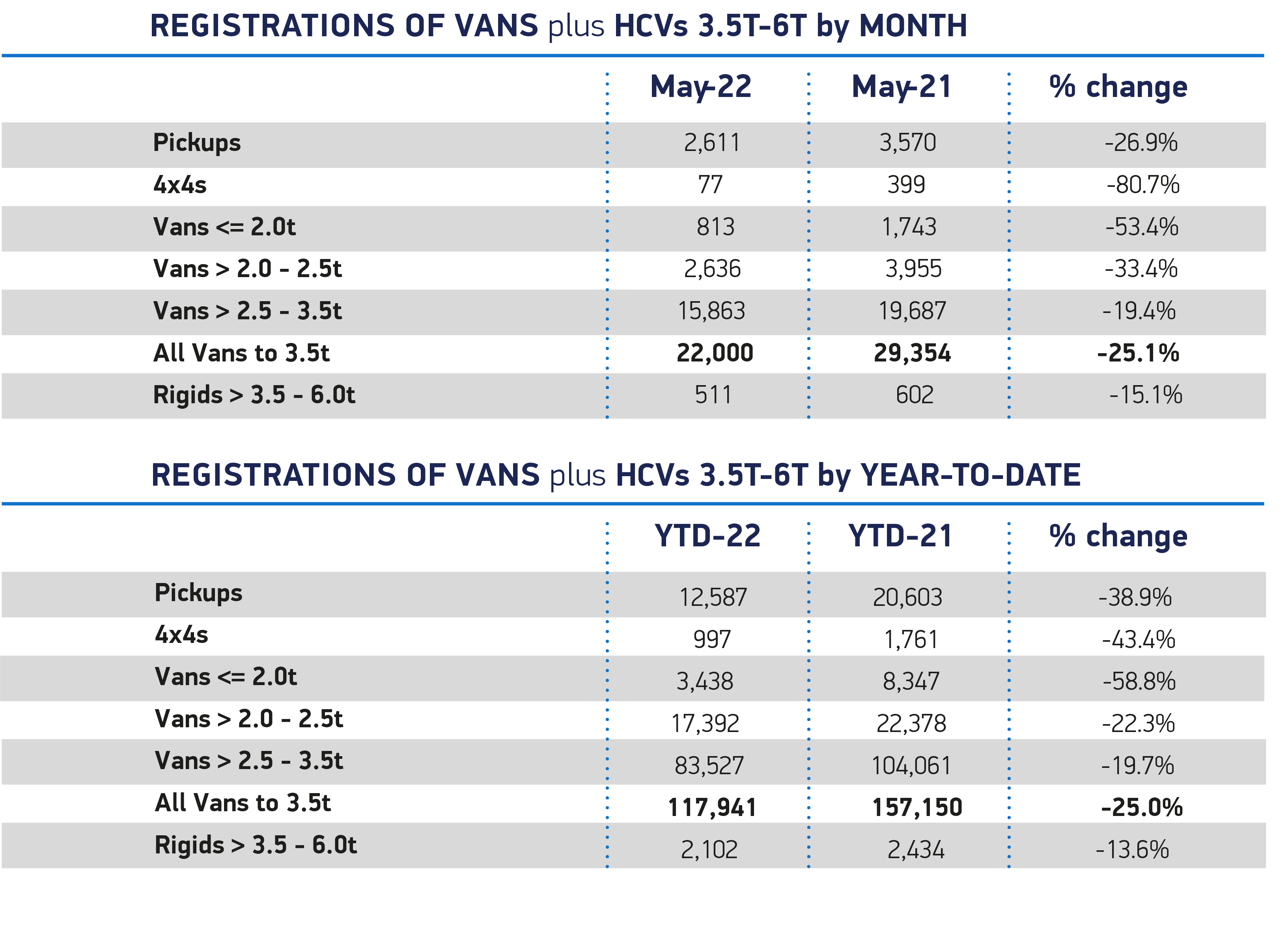 All segments saw a fall in volumes during the month, least so among larger vans weighing more than 2.5 tonnes, with a decline of -19.4%. The 4×4 sector saw the greatest decline (-80.7%), although this is a low volume segment, making it sensitive to volatility.

Mike Hawes, SMMT Chief Executive, said, “Global supply chain shortages continue to hold back the market following last May’s post-pandemic bounce back. Manufacturers have, worked hard to get the latest zero-emission vans to customers, more than doubling their market share. However, this is still an emerging market, and everything must be done to encourage drivers to switch to zero emission commercial vehicles if we are to achieve our net zero goals. The industry will tackle the supply chain challenges undermining delivery, but we urgently need a van plan to address the paucity of dedicated commercial vehicle infrastructure, as well as incentives to boost the sector’s electric transition.”