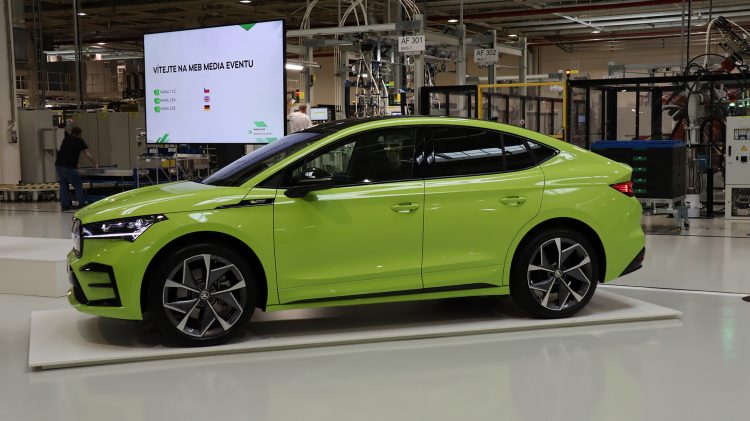 Škoda Auto has completed the transformation of its Mladá Boleslav headquarters to MEB battery production. The factory is now the only facility outside of Germany where MEB battery systems are manufactured.

The MEB platform underpins the majority of pure electric cars produced by the Volkswagen Group brands, including the VW ID.3, ID.4, ID.5 and ID.Buzz, Audi Q4 e-tron, Cupra Born, and of course Škoda Enyaq iV and its Coupe variant.

Škoda is initially targeting a production volume of 250,000 MEB battery systems per year on the newly constructed line. The cells and packs will still be imported from a third-party supplier, but the Mladá Boleslav plant will build these into systems of 55kWh (eight modules), 62kWh (nine modules) and 82kWh (12 modules) capacities. 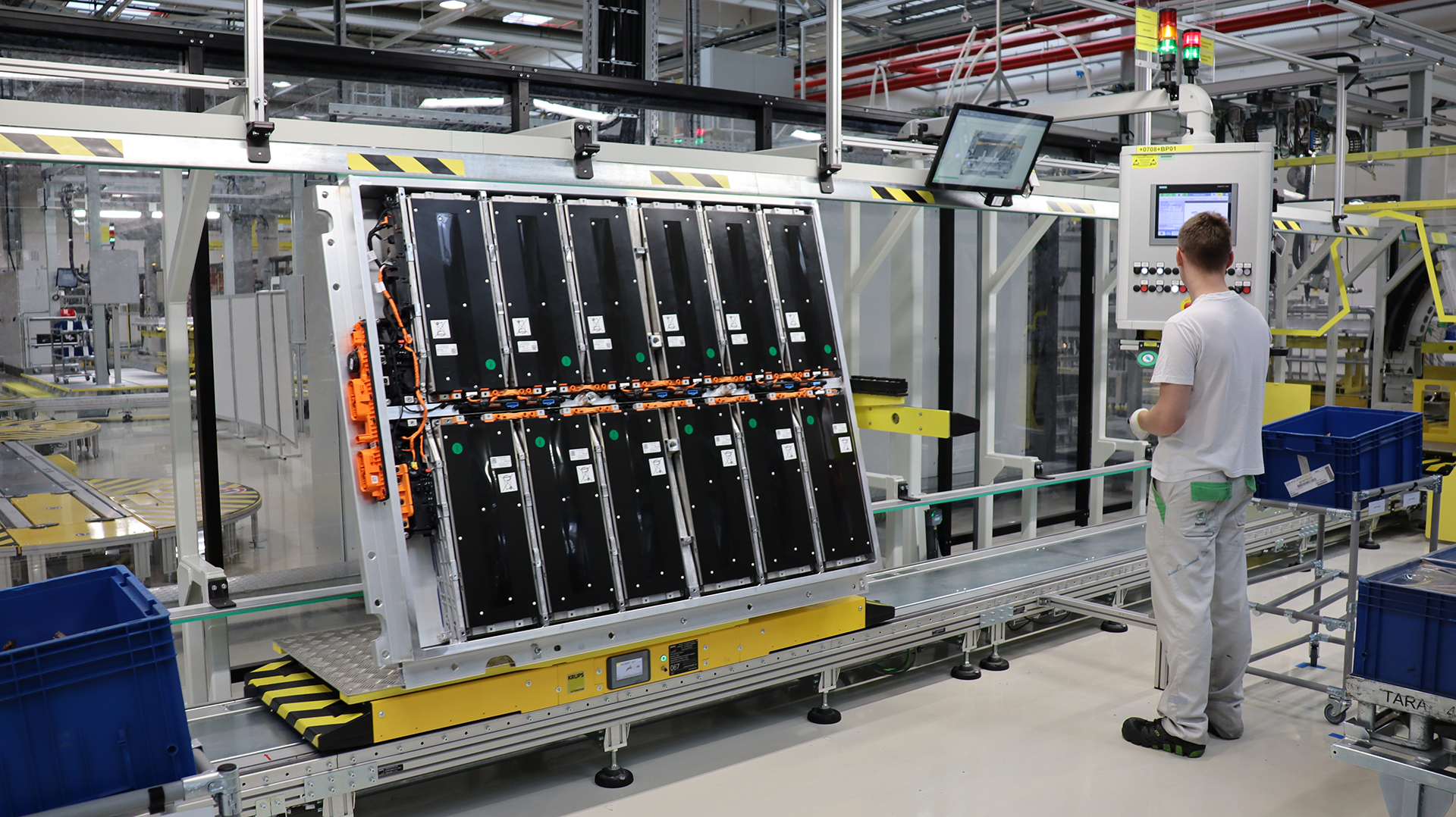 “By launching the production of MEB battery systems, we are now manufacturing the absolute key component at the heart of the company,” said Michael Oeljeklaus, ŠKODA AUTO Board Member for Production and Logistics. “We have invested around 130 million euros and can now produce more than 250,000 MEB battery systems a year – for ŠKODA’s e-models and those of other Group brands. Our objective is clear: we want to produce E-components or E-vehicles at all three Czech plants by 2030.”

The MEB systems currently take a small journey from one building to another at Mladá Boleslav to be integrated into Enyaq iV cars. WhichEV visited the factory for the launch and saw for ourselves how the all-electric cars are produced alongside other electrified Škoda vehicles, including the Superb iV and Octavia iV. All vehicles emerge from the same unified line, enabling Škoda to balance volume dynamically with sales demand. 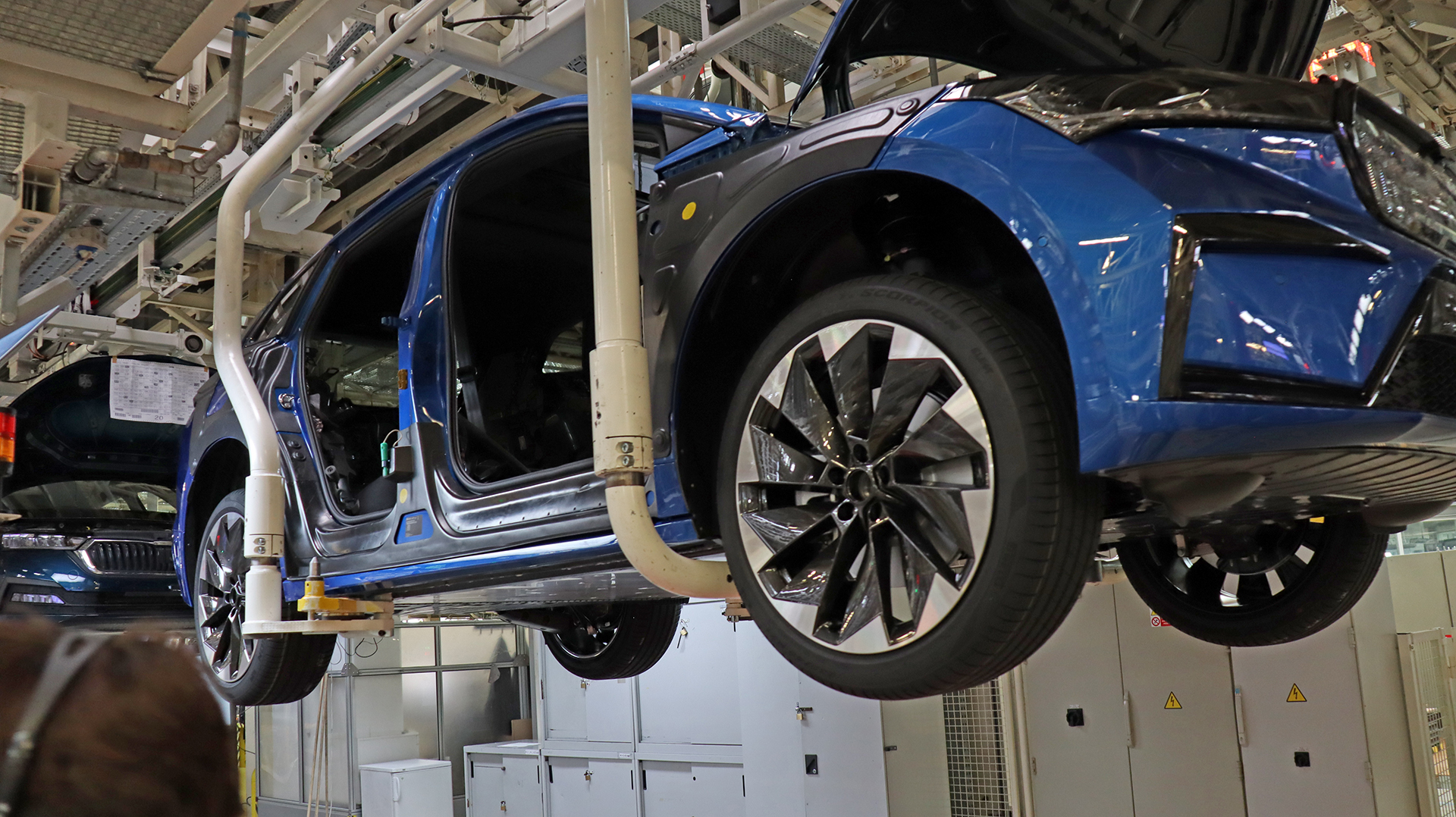 “Our new MEB battery system assembly line sets standards in efficiency, automation, precision, cleanliness and digitalisation,” said Christian Bleiel, Head of Component Production at ŠKODA AUTO. “We will be reaching the next milestone at the end of 2023 when we bring the second expansion stage online, enabling us to produce more than 380,000 battery systems a year in total.”

The MEB systems will be used in Škoda’s own vehicles and exported for other Volkswagen Group brands. The company mentioned that Volkswagen and SEAT electric vehicles could also be manufactured at Mladá Boleslav in the future. At the launch event, Škoda promised to deliver at least three more new BEV models by 2030, all of which will be below the Enyaq iV in terms of price and size.