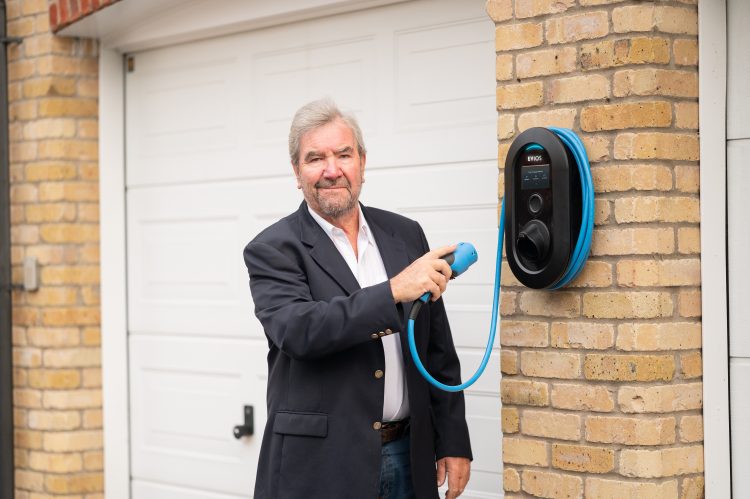 The features emphasise a jargon-free user interface with the most prominent colour screen on any existing home charger in the current market. Its smartphone application also allows users to personalise each charge to suit their needs and preferences.

Another significant aspect of EVIOS One is its integration with home energy tariffs. The charger can switch to charge during off-peak times to help consumers save running costs. Drivers can pay for this additional option via interest-free monthly instalments or opt for an all-inclusive package that includes the cost of installation.

The EVIOS CEO David Martell, a founder and CEO of Chargemaster before it was later acquired in 2018 by BP, said that to pursue more UK motorists to switch to EVs, it should be as easy to “own and run as ICE [Internal Combustion Engine] vehicles.”

He added that producers had been given much attention to developing public charger points; however, “the majority of charging will need to take place at homes”.

The launch of this product comes when the government has announced that all new homes and refurbished apartment blocks must have charging points from later this year and that from 2030 all new cars must be electric.

Despite the regulation, Martell said that from his evaluation, other home chargers on the market are often hard to understand and control, which he believed leads to a low adoption rate.

“From the outset, we have sought to provide a unique combination of intuitive functionality and low running costs, helping to make EV ownership more hassle-free,” Martell concluded.

Despite EVIOS being freshly formed, Martell has solid experience with EVs. Before Chargemaster, he was an advisor on EV infrastructure to the Department for Transport from 1995 to 2000.