An event where even the term 'hybrid' is considered avant-garde 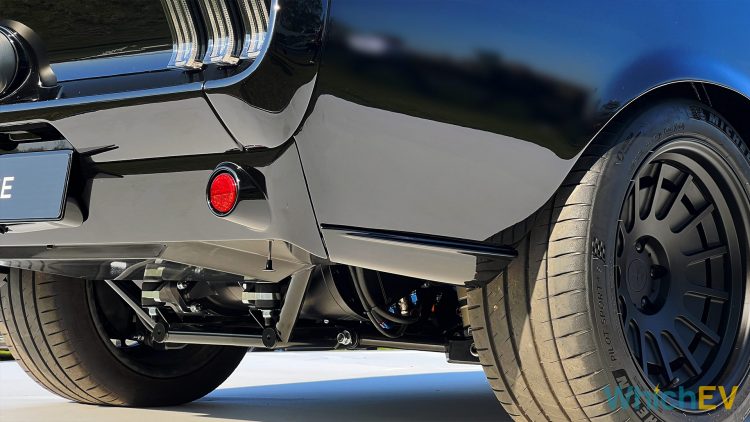 Reluctance provided a strong undercurrent at Salon Privé London 2022 – held in the grounds of the Royal Hospital Chelsea. Ironic choice of location, the home of the UK’s most famous pensioners, given that close to 100% of the vehicles on display were powered by fossil fuels. After a decent EV showing at Blenheim back in September, should we have expected more electric action?

Along the outer edges of the grounds, you could find performance cars from Lamborghini, Bugatti, and Ferrari – while the centre of the vast lawn was full of millions of pounds worth of classic used cars – all hoping to be sold before the three day event ended, in a sales contest labelled ‘Concours de Vente’. If you feel the need for classic speed (possibly for an EV conversion?), then you can check for tickets for the next event.

Ferrari proudly unveiled the first plug-in hybrid to be produced by the famous Maranello marque. The Ferrari 296 GTB offers 819 horsepower for peak performance by combining a 654 hp conventional 3 litre engine with a 165 hp electric motor. Despite weighing less than 1.5 tons, it still takes almost 3 seconds to reach 62mph, which means it’s almost 50% slower to 62 than the Model S Plaid – which costs half as much – but price isn't really a factor here. The battery supplied is a paltry 7.5kWh, which means you can only really do an all-electric trip to the corner store or petrol station. We were told that Ferrari won’t roll out a fully electric sports car until 2025. It will be interesting to see what the competitive landscape looks like by then. 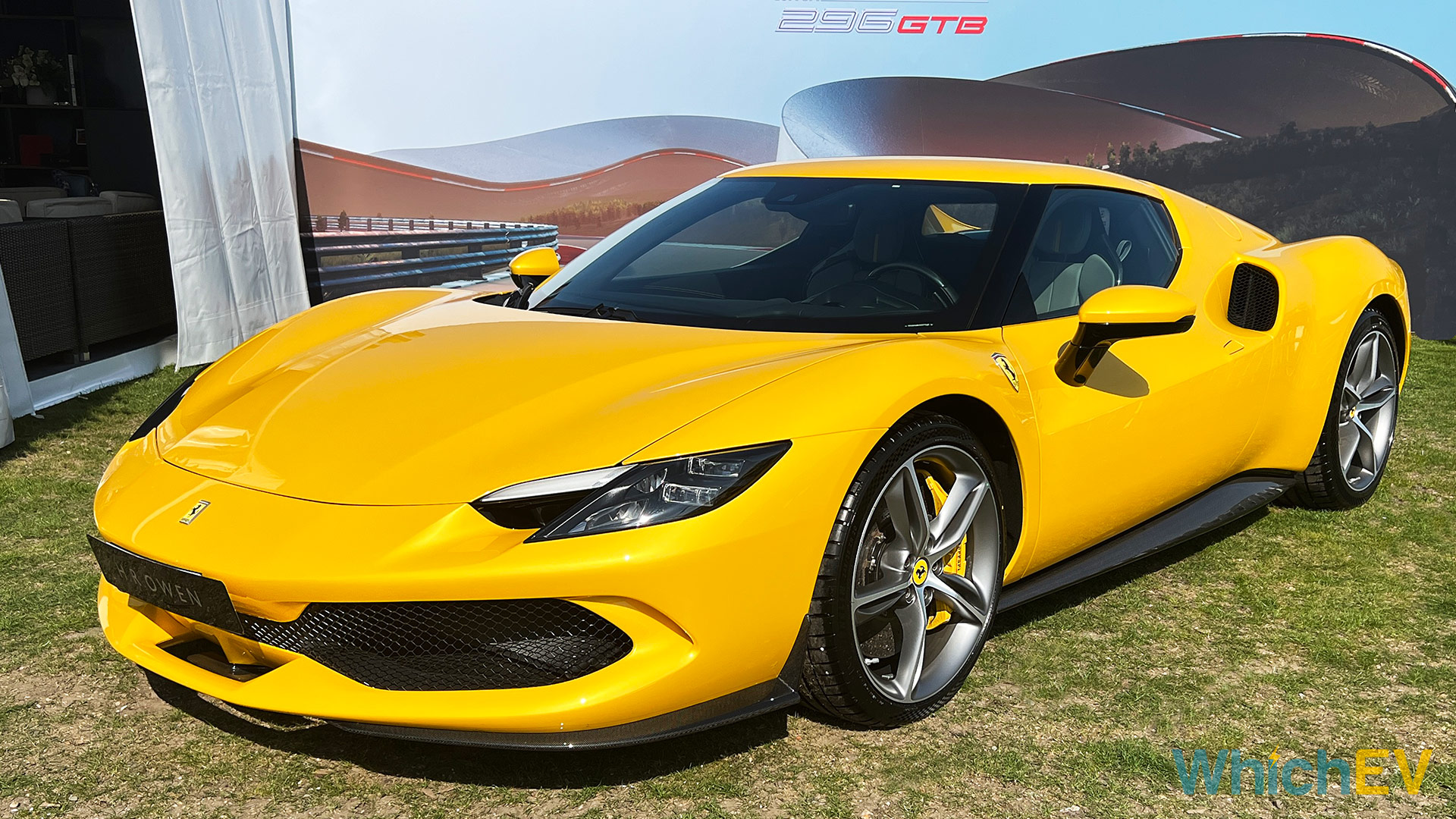 The Maserati folks smiled when we asked if the ‘cool looking shape under wraps’ was the highly anticipated Folgore. Apparently not. Rolls Royce had the Black Badge version of the 6.75 litre Ghost on stand, but not the ‘silently menacing’ Spectre, which is also due in 2023.

So where did we find the EV hero of the event?

The answer was a brand new Mustang, on the Charge stand. This is a UK-based, low-volume, specialist manufacturer that positions itself as a ‘Technology company that creates electric cars’. 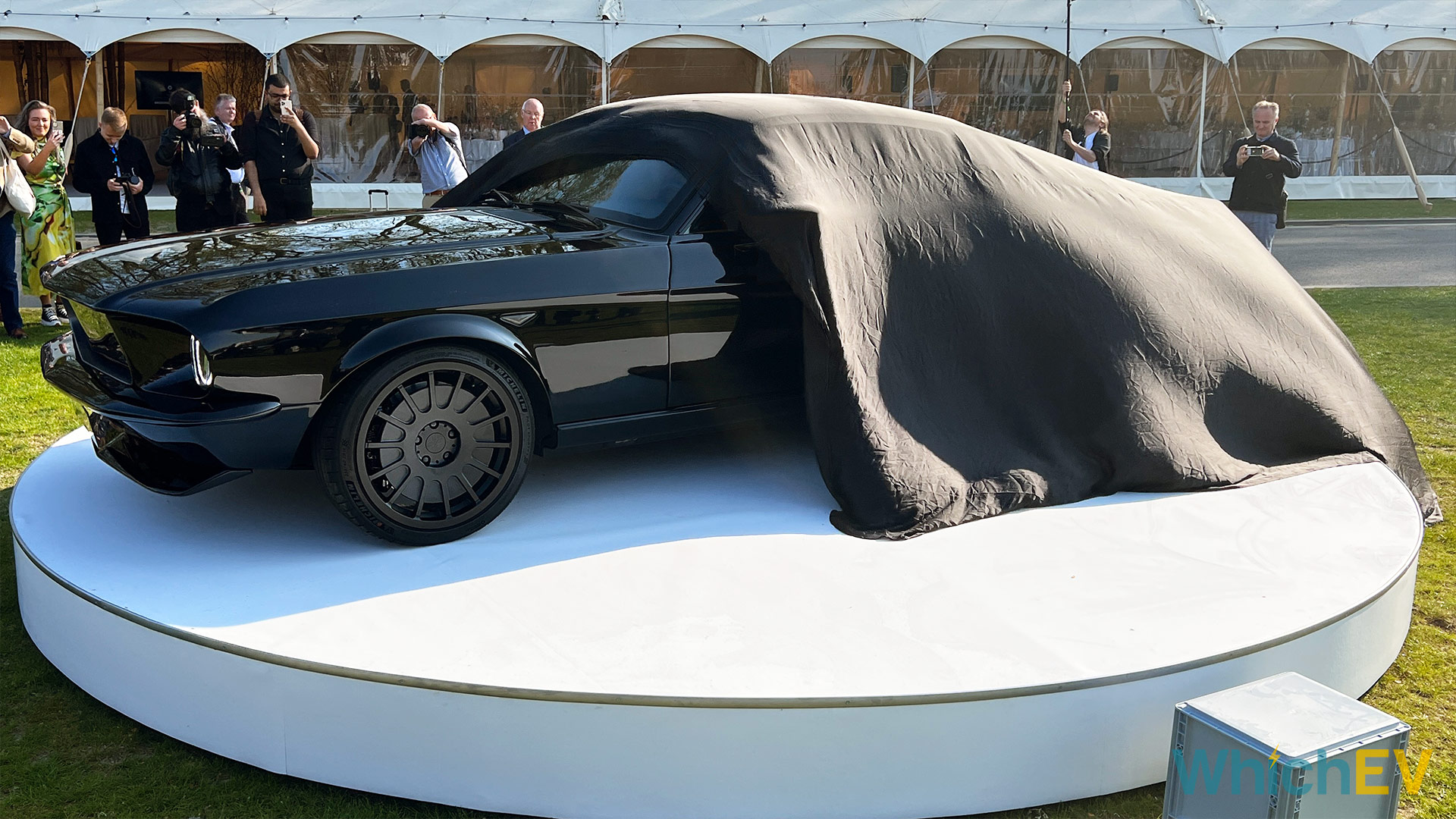 How they managed to get an official license from Ford to make a 21st century, fully electric Mustang is a bit of a mystery – but that’s exactly what they have managed. Having a team with experts who have previously worked for McLaren and Lotus probably helped.

This team took the original ’67 Fastback design and remade all of the necessary parts brand new. The result is a four-wheel-drive unit with a comfortable interior (customer’s choice of materials) and 400kW of motors (four units – one per wheel) that develop 1,520 Nm of torque to accelerate you to 60mph in less than 4 seconds – while still offering a 200 mile range and plenty of driver/safety features like ABS, traction control, electronic stability control, traffic sign recognition and automatic emergency braking. There’s also adaptive cruise alongside lane departure warning and it can take a DC charge up to 50kW.

The main interface is a large ‘iPad’ in the central console and audio is provided by 8 flax cone speakers and a DVC sub woofer, powered by hybrid class A/B and D amplifiers. So we’re guessing ‘loud and punchy’ are the order of the day.

On the more affordable side of Salon Privé’s lawn of luxury, we met with the folks from Genesis. This Korean company is to Hyundai what Lexus is to Toyota – a chance to explore what’s possible when you remove many of the cost constraints of competing in the mainstream. 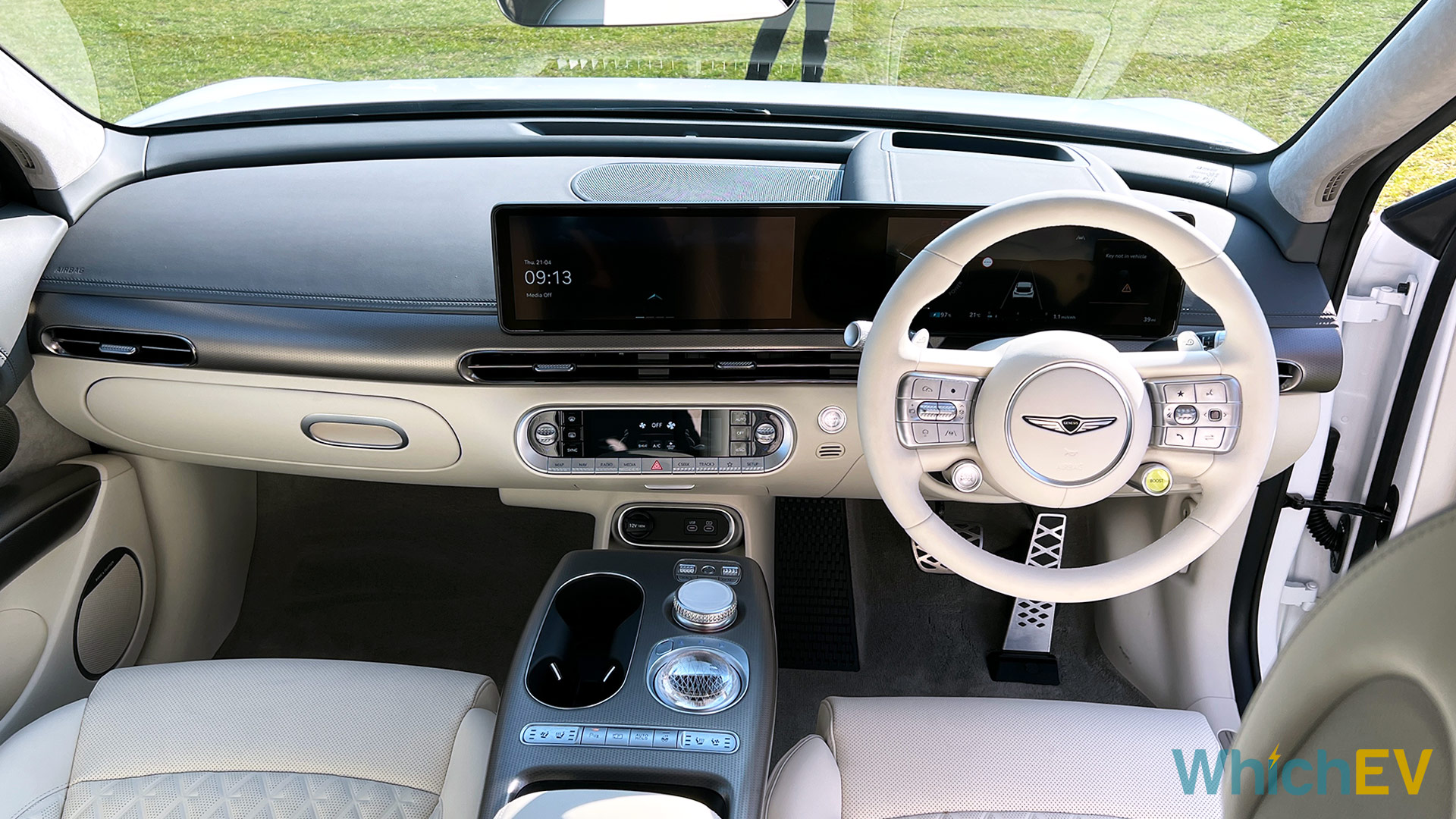 On show was the GV60, a fully electric SUV with a sumptuous interior and plenty of refinement to make you feel that your £47,000+ was well spent.

We'll be looking to bring you much more from Charge and Genesis in the coming months – while hoping that the next Salon Privé event includes a lot more ‘future luxuries', in the form of gorgeously styled EVs that combine silent performance with refined elegance – and a lot less CO2 being expelled from the crusty old pipes.