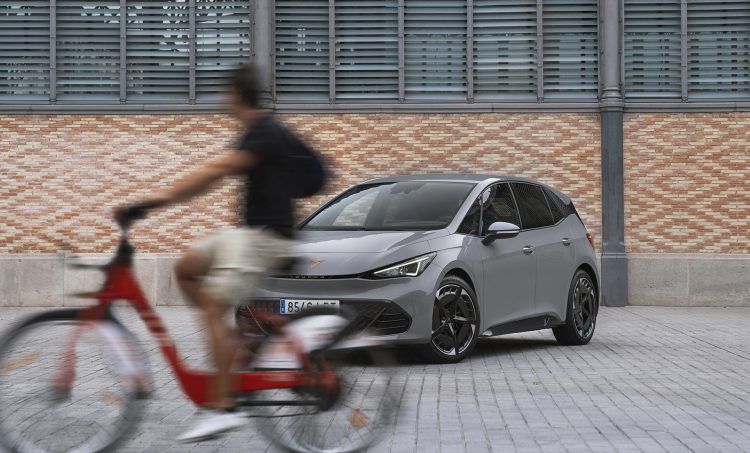 Data from the Department for Transport (DfT) shows that last year alone, 430 pedestrians and cyclists were killed on British roads and a further 8,720 seriously injured, highlighting the severity of the issue. 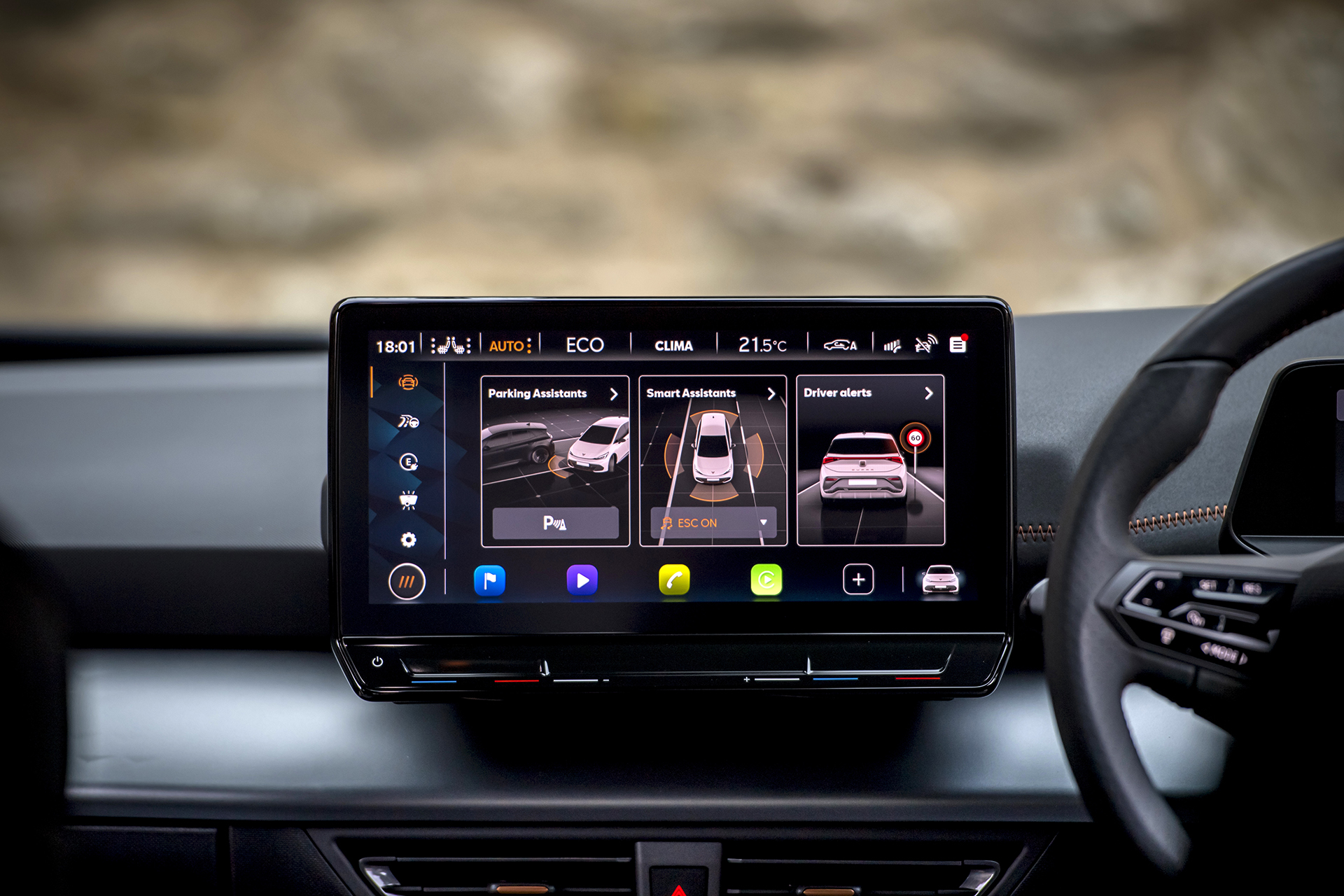 All EVs must have AVAS which emits a sound when travelling at less than 12mph, but with the Born, the system is perceptible at speeds of more than 25mph.

There is also a suite of advanced driver assistance systems (ADAS), including front assist with emergency braking. This is capable of detecting cyclists and pedestrians.

If the system detects a possible chance of collision with a cyclist or pedestrian, it will first provide visual and audible cues to the driver. If the driver fails to brake in time or does not apply enough braking effort, then maximum braking is automatically applied.

The system detects road users crossing the road in front, travelling along the side of the road and those crossing behind the vehicle, and works at night. 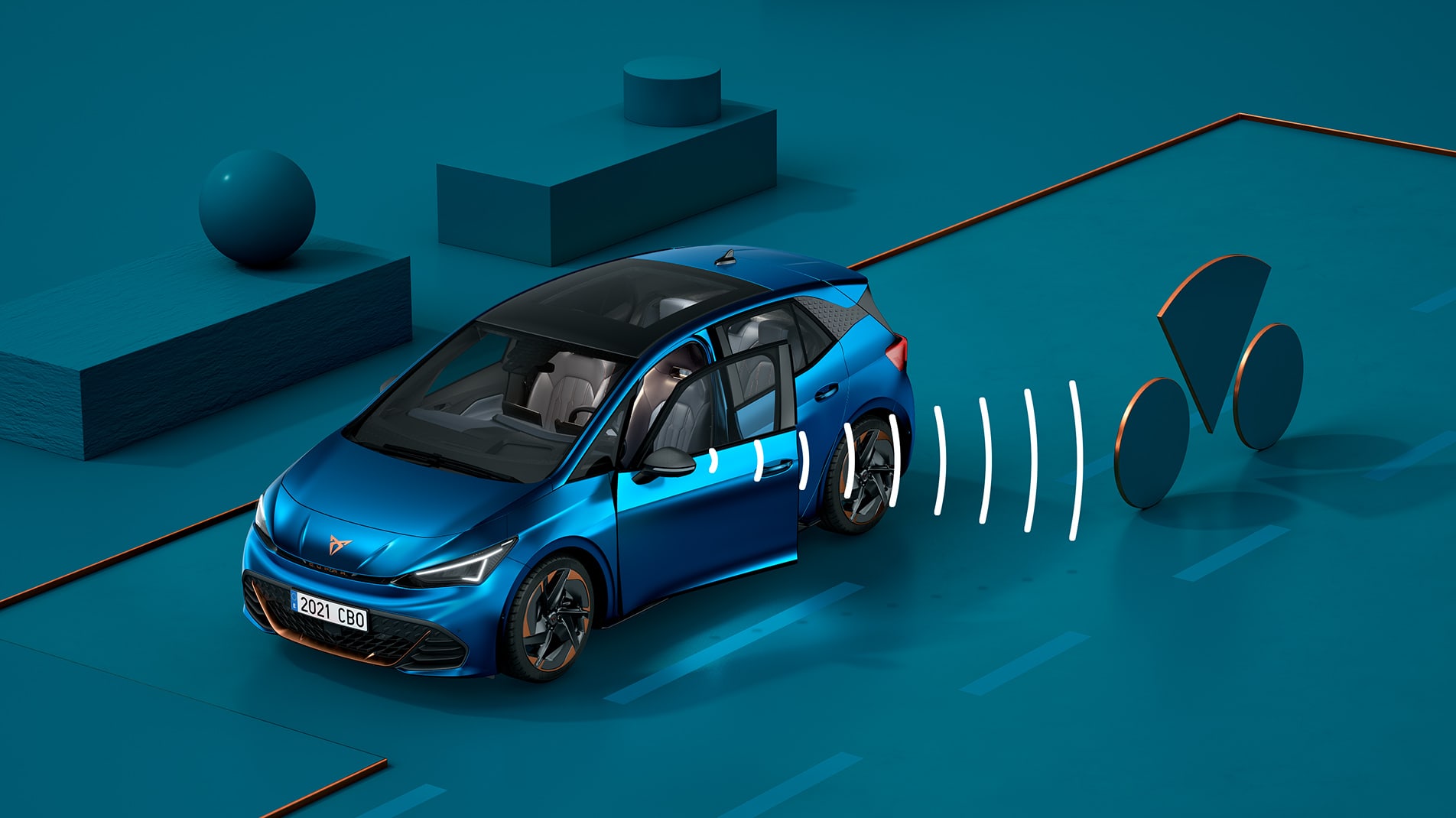 Exit Warning tech will also reduce cyclist ‘car dooring’ incidents as this detects road users passing by as you open the door.

In January, The Highway Code was updated to include new measures designed to enhance the safety of pedestrians and cyclists.

One notable change requires drivers to give way to people waiting to cross at a junction and at zebra or parallel crossings. Occupants are also recommended to adopt the ‘Dutch Reach’ when exiting a vehicle – using their hand on the opposite side to the door to open it which encourages them to look back over their shoulder for any oncoming road users.

However, both the Born’s front assist and exit warning systems could assist drivers in both of these scenarios should they fail to spot another road user.

Prices for the CUPRA Born start at £33,735 OTR and it is available to order now.