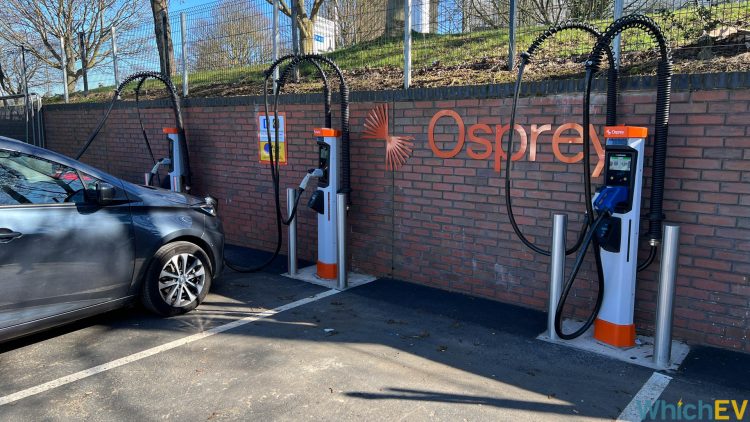 Vehicle mapping service Zap-Map has released a survey revealing key trends in Briton’s charging behaviour, most notably in the area of high-powered ‘en route’ charging and the increasing popularity of charging hubs.

The survey found a significant increase in both the installation and usage of high-powered or ultra-rapid charging devices across the country in 2021. 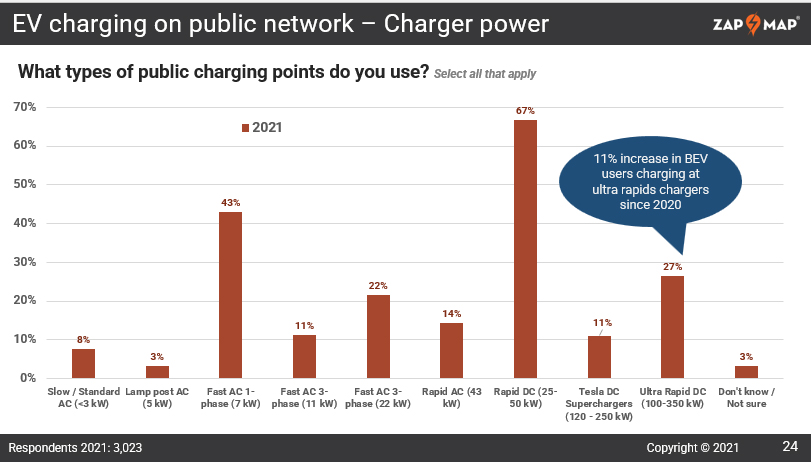 Ultra-rapid devices are 100kW+ chargers and examples of ‘en route’ charging when drivers want to charge their EV as quickly as possible.

This therefore shows another trend, which is the rise in popularity of EV charging hubs. These hubs typically have between four and ten charging devices made up predominantly of rapid and ultra-rapid devices that tend to add around 70 to 200 miles of charge in around 30 minutes.

It is unsurprising then that the networks installing these types of chargers have seen high increases in demand as well.

Demand for InstaVolt’s chargers for instance leapt up to 42% of EV drivers, up from 26% previously, while GRIDSERVE also proved popular at 29% for its first year, while high-powered networks​ IONITY and Osprey also saw remarkable increases in the proportion of EV drivers using their chargers.

In terms of the types of charging locations drivers use, supermarkets and motorway services retained the two top spots with 52% and 50% respectively.

Additionally, both retail and public car parks are also popular locations for charging. 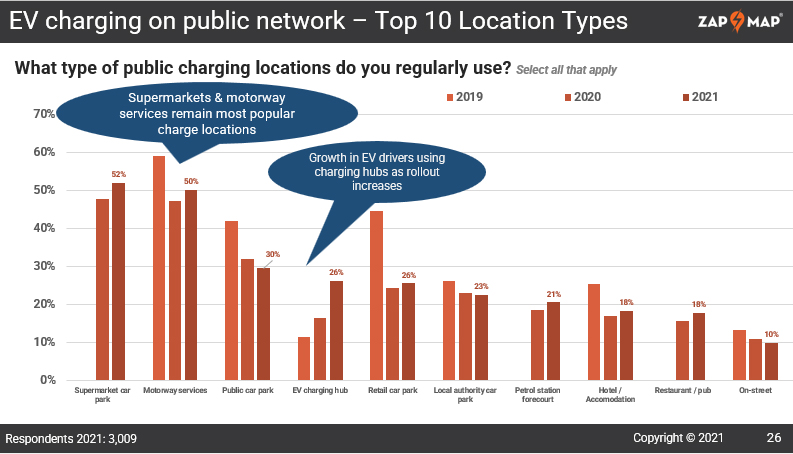 “As the number of EV drivers on the road approaches half a million, a robust charging infrastructure is essential, and the public charging network is growing and developing to meet these changing needs,” said Melanie Shufflebotham, Zap-Map co-founder and chief operating officer.

“This new survey shows that the 60% growth in high-speed ultra-rapid chargers and the installation of charging hubs across the UK in 2021 are being used by an increasing proportion of EV drivers.

“We know that EV charging use cases are diverse, as the survey makes clear, and we absolutely need a range of charge speeds to match them. However, amongst other considerations, the demand for high-powered chargers revealed in this report indicates that ultra-rapid chargers and charging hubs continue to be a crucial area of investment – for the simple fact that they make long journeys easier.”