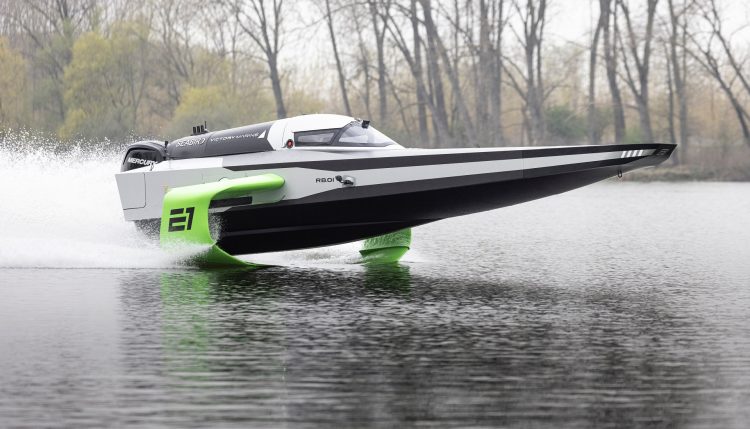 The futuristic-looking hydrofoil RaceBird boat to be used in the new E1 electric powerboat championship has taken to the waters for the first time on the River Po in northern Italy with the prototype successfully completing a series of tests and system checks.

Ex-powerboat world champion Luca Ferrari was behind the wheel to carry out the tests, which are due to continue for several weeks. 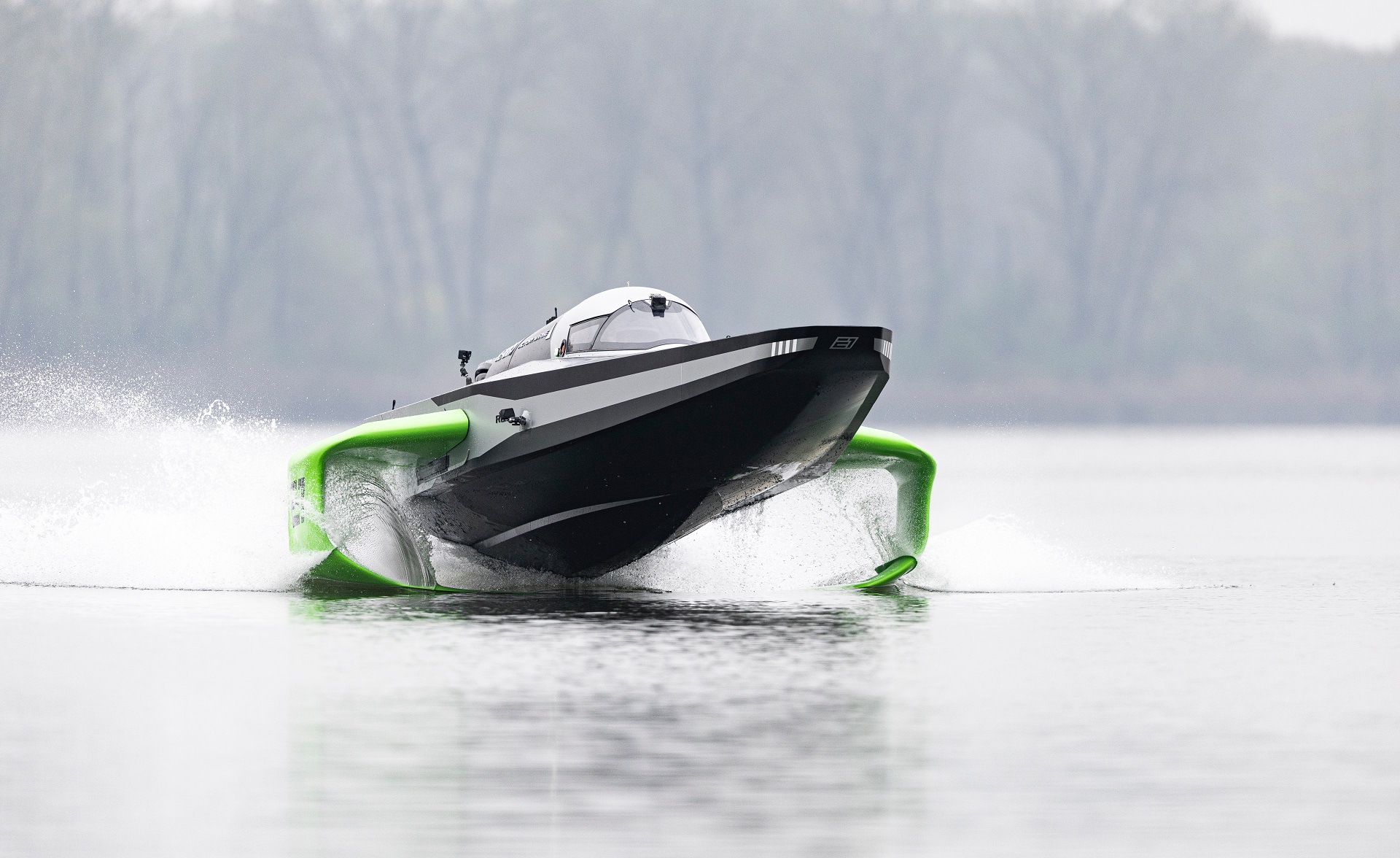 Driven by single pilots, the RaceBird is powered by a 150kW output Kreisel battery and a Mercury Racing outboard motor, with the boat quickly lifting onto its foils thanks to instant torque and acceleration. It can reach speeds of up to 60 knots (69mph).

The E1 team also evaluated different elements of the racing format, including trialing autonomous buoys and cornering profiles, as well as testing onboard cameras and their positioning.

Alejandro Agag and Rodi Basso founded E1 with a mission to create a new racing platform on water. Mr. Agag was also the founder of Extreme E and Formula E.

“Putting the RaceBird on the water for the first time is a pivotal moment for the E1 world championship,” said Alejandro Agag, chairman of E1.

“We’re now one step closer to making electric racing on the water a reality. I remember very well the same scenarios we encountered during the early stages at both Formula E and Extreme E, and just like on those occasions this is a major breakthrough on E1’s journey. Seeing the RaceBird fly proves to me that we can use this exciting, new sporting platform to drive technological innovation in the marine industry and create something spectacular for fans in the cities we visit.” 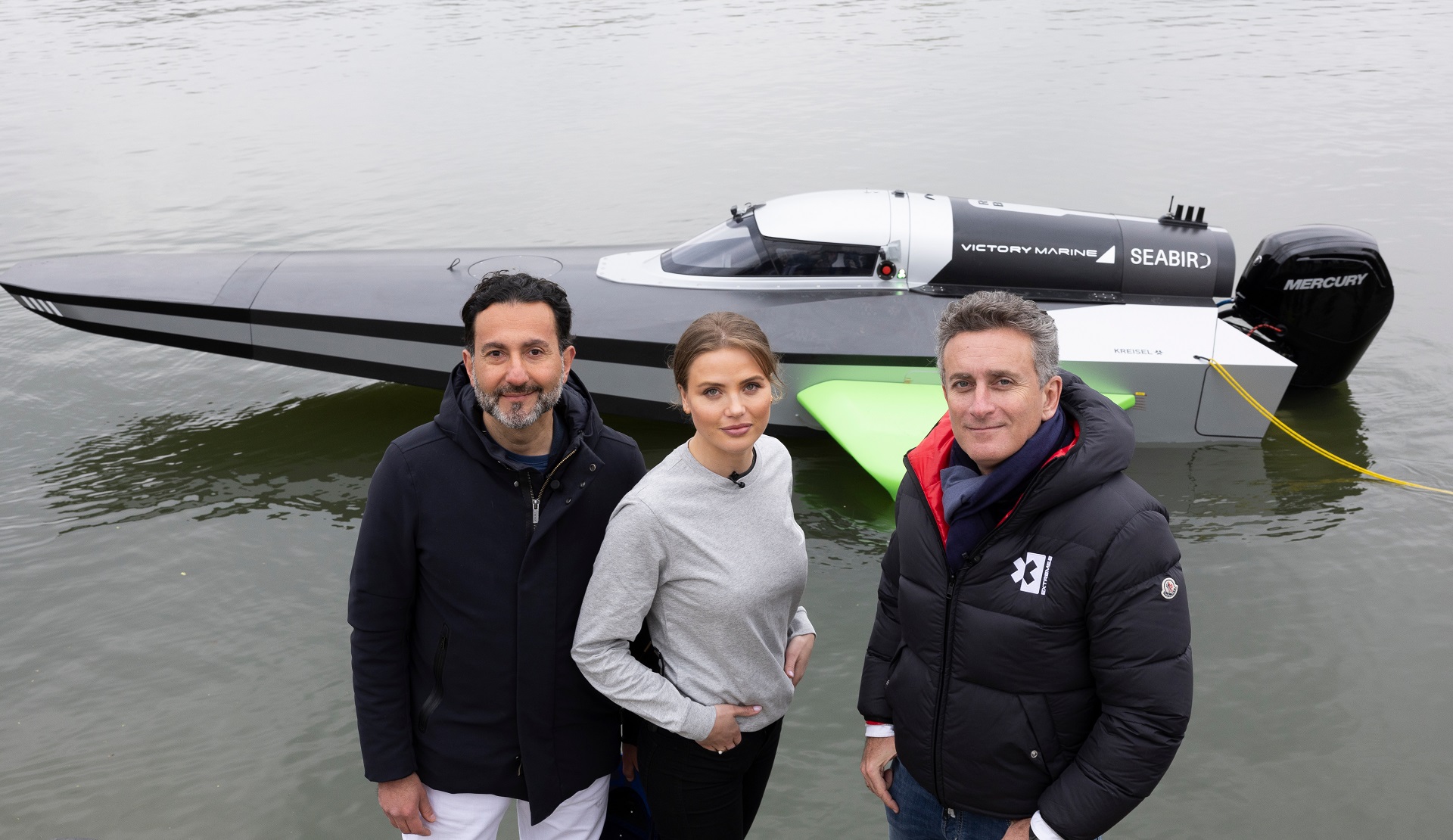 Chief executive Rodi Basso added: “Seeing the RaceBird flying on the water for the first time was an emotional moment for myself and many others who have been working on this project over the past few months. It’s been a huge team effort to get to this point and it wouldn’t have been possible without the help and support of our partners at Victory Marine and SeaBird Technologies.”