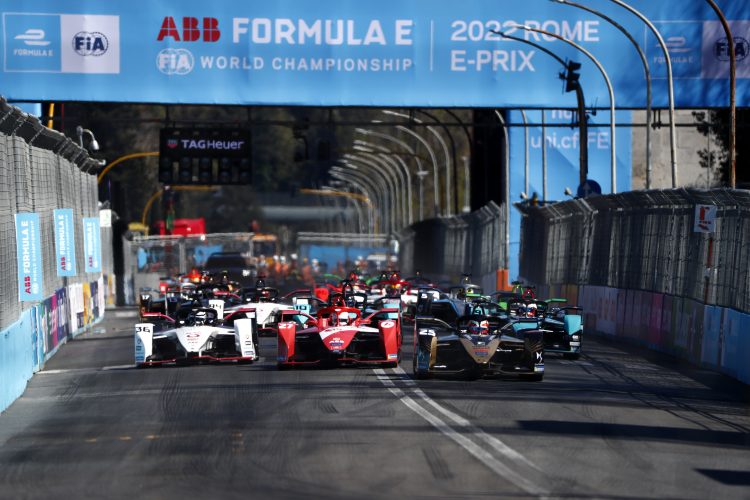 Round five of the 2021/22 ABB FIA Formula E World Championship, which took place in Rome, Italy this weekend, was won by Jaguar TCS Racing’s Mitch Evans.

Evans claimed back-to-back victories in the Rome E-Prix double-header after Saturday’s first place finish in Round 4.

By Turn 7 at the top of the hill, Dennis had reclaimed second, dropping Lotterer back down to third.

Jake Dennis set the fastest lap in qualifying yesterday but started losing ground in the race itself after Lotterer attacked at Turn 7, reclaiming second. Then, Evans sped past into third shortly after.

Squeezing into Turn 4 side by side, standings leader and ROKiT Venturi Racing driver Edoardo Mortara tried to pass DS TECHEETAH's Antonio Felix da Costa, with the Portuguese racer closing the door on the Swiss, damaging the front wing of his car. Mortara then clipped the wall on Turn 19 and coasted to safety, retiring from the race with a suspected driveshaft failure.

The Porsche Taycan safety car had to be deployed when Antionio Giovinazzi for DRAGON/PENSKE AUTOSPORT stopped on track between Turn 8 and 9.

With only 24 minutes left on the clock, the safety car was brought in and racing commenced once again. Vergne was leading Evans for less than a lap before Evans overtook him on Turn 4 to take the lead.

Dennis meanwhile continued to lose ground, slipping down to 7th as the race passed the halfway mark.

Robin Frijns enjoyed his eight-minutes of extra power from the ATTACK MODE, taking the race leader Evans up the hill on Turn 7.

Paying the price for closing the door earlier on Mortara, da Costa received a five-minute time penalty, while back at the front, Lotterer was looking to take the lead with extra power gained through ATTACK MODE. Now in second, the German driver was close on the tail of Frijns who was desperately trying to hold on to the lead.

With just seconds left on Frijns' ATTACK MODE, he powered past Lotterer to take the lead into Turn 4.

Now there was just 10 minutes left on the clock and it was beginning to look like the German driver was closing in on his first victory in the ABB FIA World Formula E Championship.

Following a short safety car while Sims’ Mahindra car was recovered after a spin on Turn 14, racing started back up.

Evans saved his ATTACK MODE for the end of the race with eight minutes left on the clock, and took the lead up the hill on Turn 7 past Lotterer.

Evans held firm, while Vergne slipped past Lotterer to second, before Frijns made a move to knock him off the podium into fourth.

The safety car made a brief appearance when Envision Racing’s Nick Cassidy ran into the wall at Turn 7, leaving a last lap dash for the finish.

But Vergne was unable to catch Evans as he crossed the line for the second time in the Rome double-header.

The results put Vergne at the top of the leaderboard for the Driver’s Championship with 60 points, while Mercedes-EQ are at the top in the Team’s standings on 94 points.

On 30 April, the Championship moves to Monaco for Round 6.