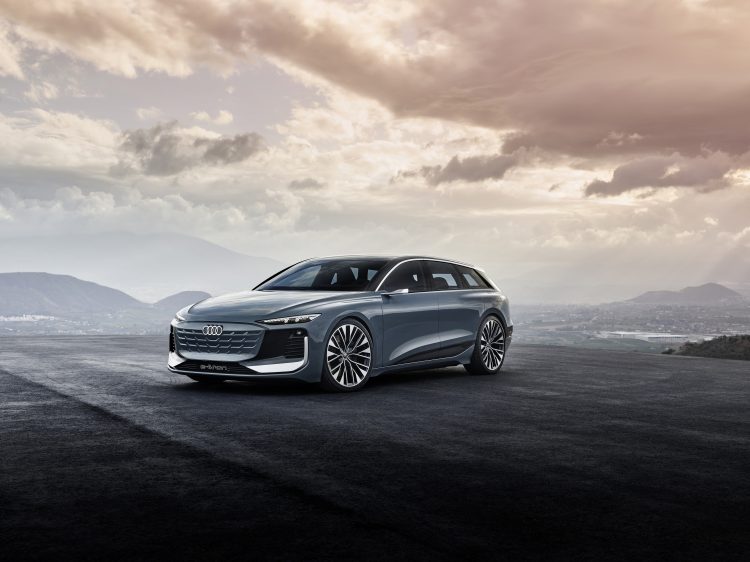 Audi has unveiled its A6 Avant e-tron concept, the next model in its future electrically powered A6 Luxury Class.

This is an estate version of the upcoming A6 e-tron executive saloon.

The car sits on the same Premium Platform Electric (PPE) architecture as the standard A6 production car. 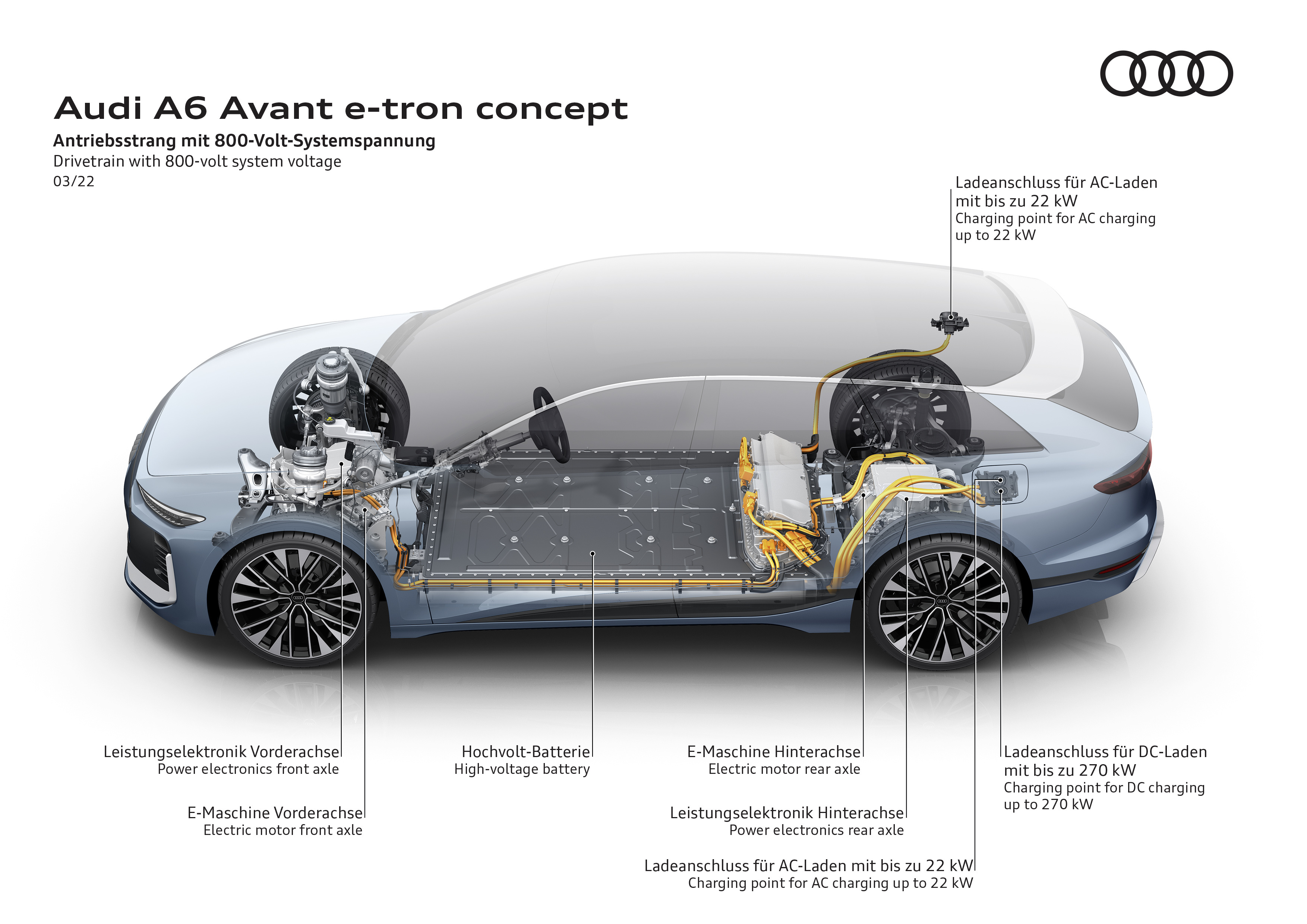 As for power, the Avant runs on two electric motors, with one on each axle to provide Quattro all-wheel drive and a total of 469bhp and 800Nm.  It can sprint from 0-62mph in less than four seconds. Audi has also confirmed that a more affordable single-motor model will be offered that will do 0-62mph in under seven seconds. The powertrain connects to a 100kWh battery giving a WLTP range of up to 435 miles per charge.

In terms of styling, the A6 Avant shares similar design cues to the saloon version unveiled last year, while also providing a preview of future electric Audis.

At the front is a large ‘Singleframe’ grille incorporating contrasting black graphics and side cooling vents for the motors, battery, and brakes.

The Avant’s headlights are slim, digital matrix LED items, which use projection technology. If parked in front of a wall, the driver can pass the time playing a video game projected onto it. 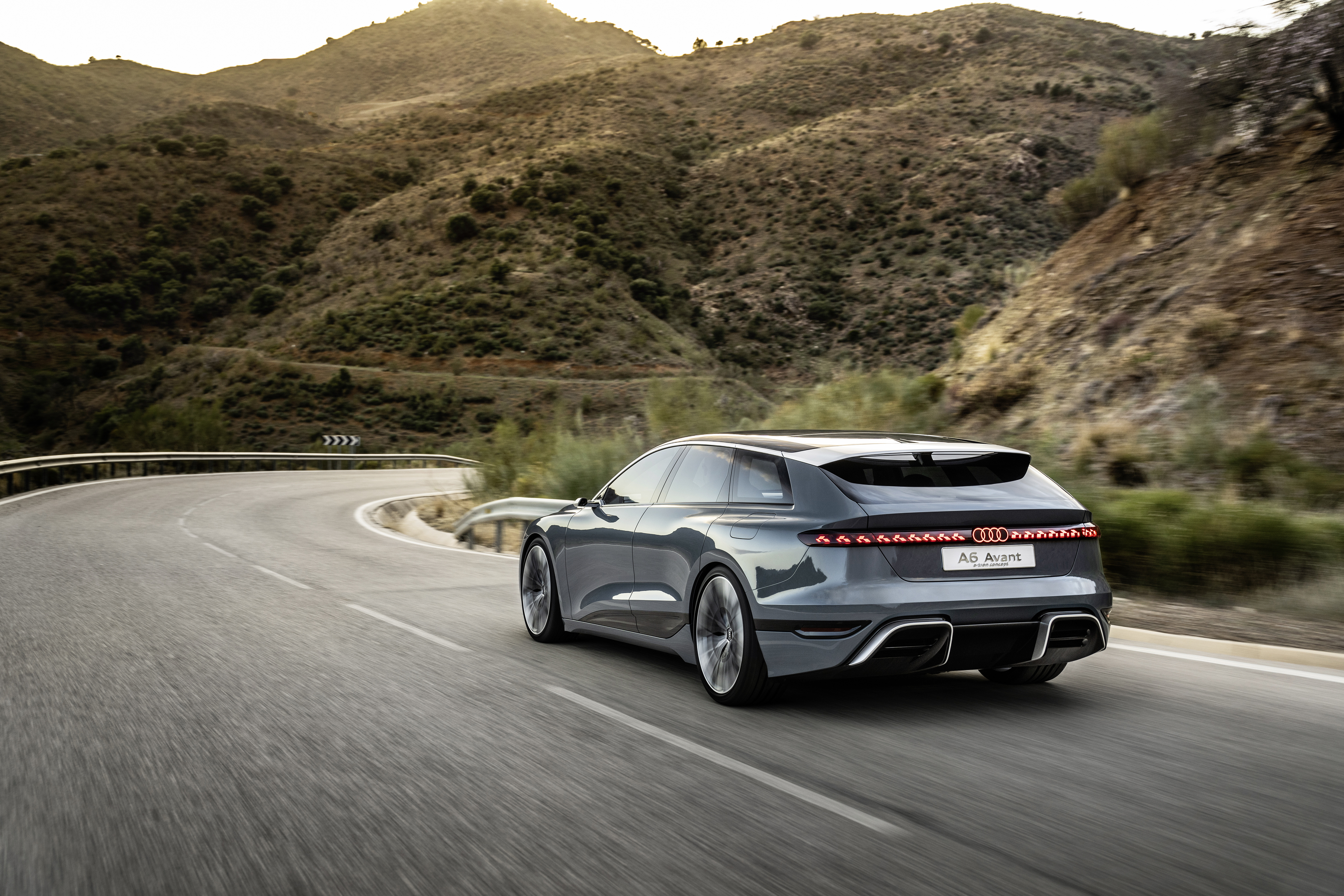 The large 22-inch diamond-cut alloy wheels and short overhangs, the flat cabin and a dynamic roof arch, give the Avant proportions reminiscent of a sports car.

Audi is yet to release any images of the Avant’s interior or reveal any details about its boot capacity. However, the manufacturer has dubbed the Avant the ‘Storage Champ’, because it not only houses a large battery, but also has a “spacious back end”.

The concept car is expected to go into production from 2024.