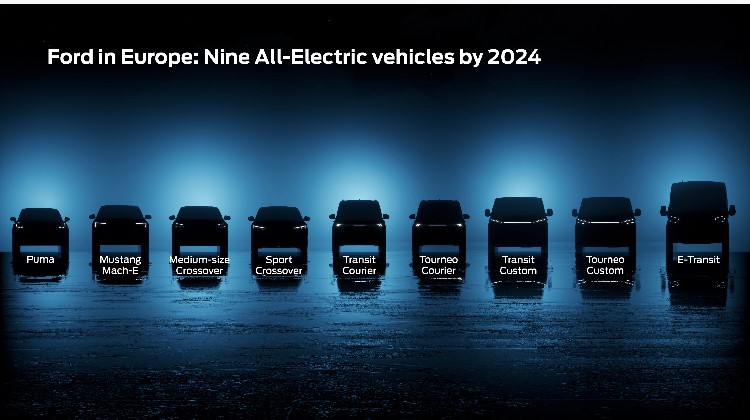 Ford has revealed it will introduce three new electric passenger vehicles and four electric commercial vehicles in Europe by 2024.

This means the automaker now expects its annual EV sales to exceed 600,000 units in the region by 2026.

“Our march toward an all-electric future is an absolute necessity for Ford to meet the mobility needs of customers across a transforming Europe,” said Stuart Rowley, chair at Ford of Europe.

“It’s also about the pressing need for greater care of our planet, making a positive contribution to society and reducing emissions in line with the Paris Climate Agreement.” 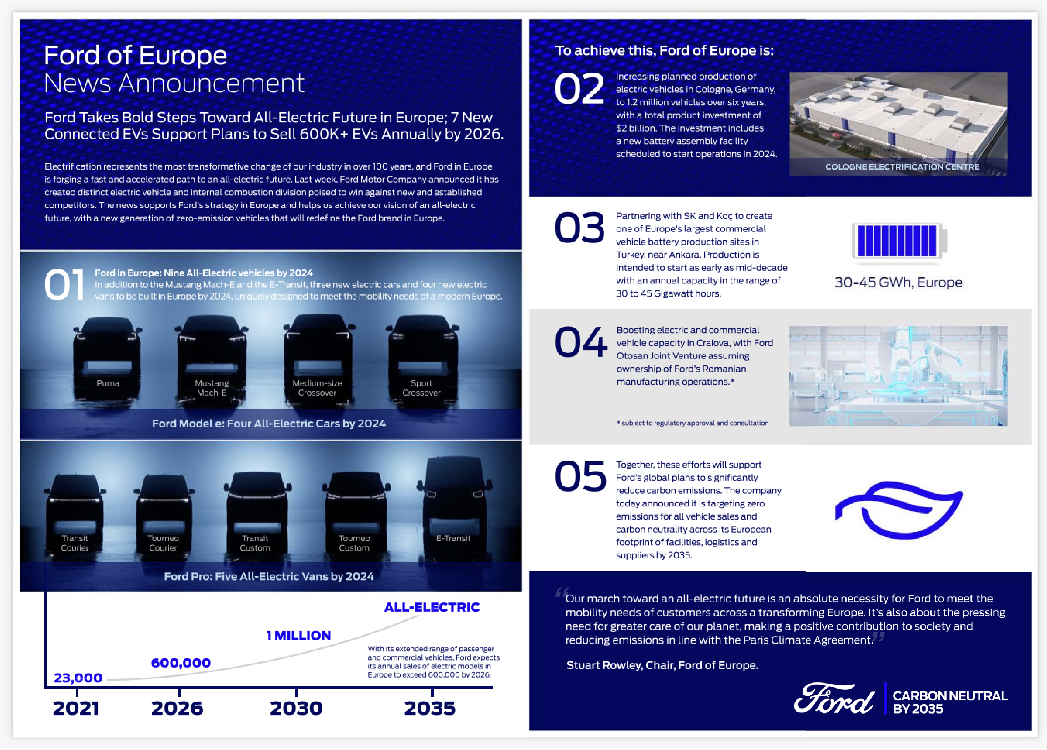 Next year, Ford will begin production of a medium-sized crossover in Cologne, with a second EV added to the Cologne production line-up in 2024.

Also, an electric version of Ford’s bestselling Ford Puma will be made available in 2024.

Additionally, Ford also announced today that it has signed a non-binding MOU with SK On Co and Koc Holding to create one of Europe’s largest commercial vehicle battery production sites in Turkey. 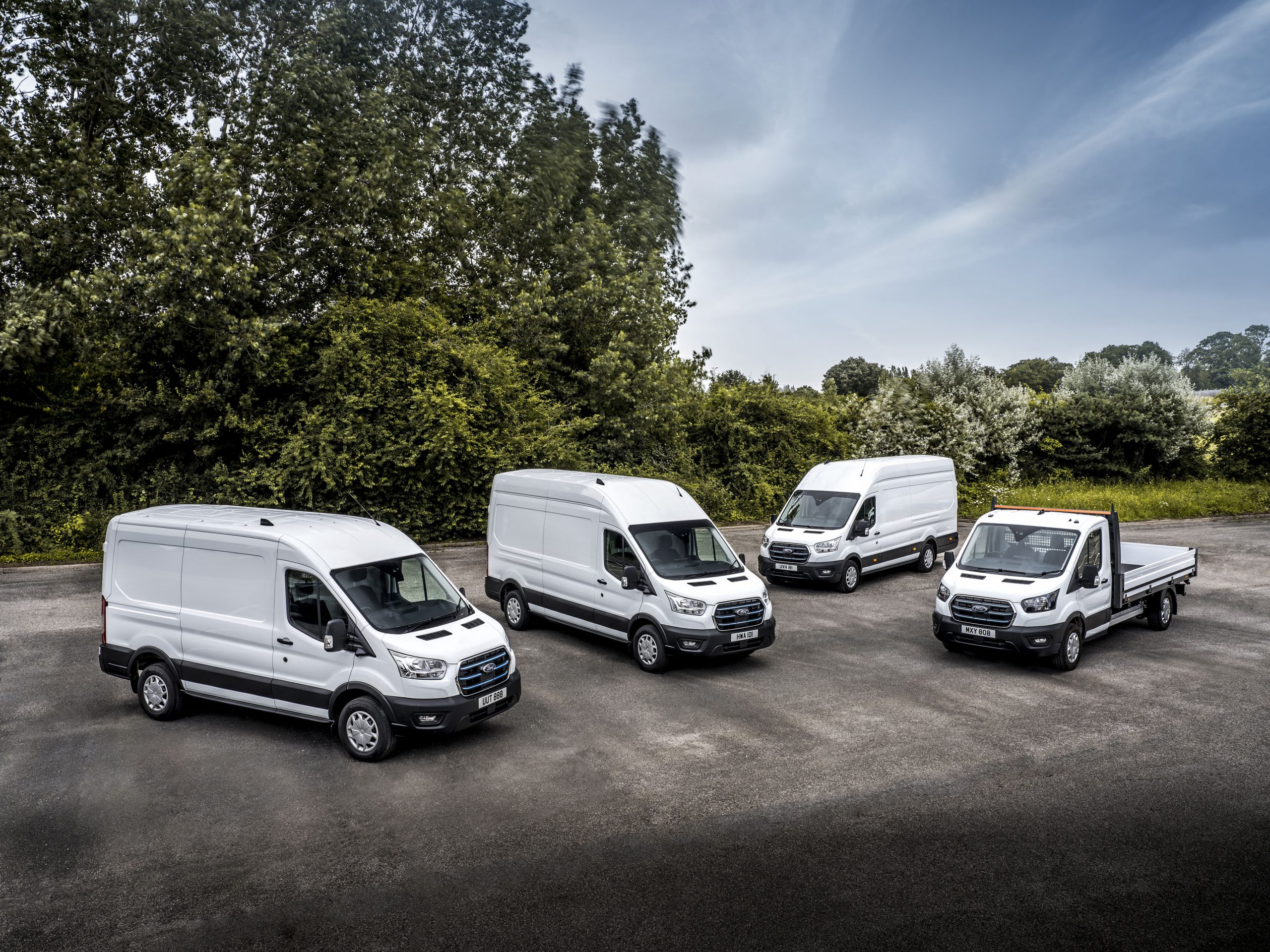 Production is due to begin in 2025 and the plant will have an annual capacity of 30 to 45 Gigawatt hours.

Together, these initiatives will help Ford achieve its goal of net zero emissions, for all vehicle sales across its European footprint of facilities, logistics and suppliers, by 2035.