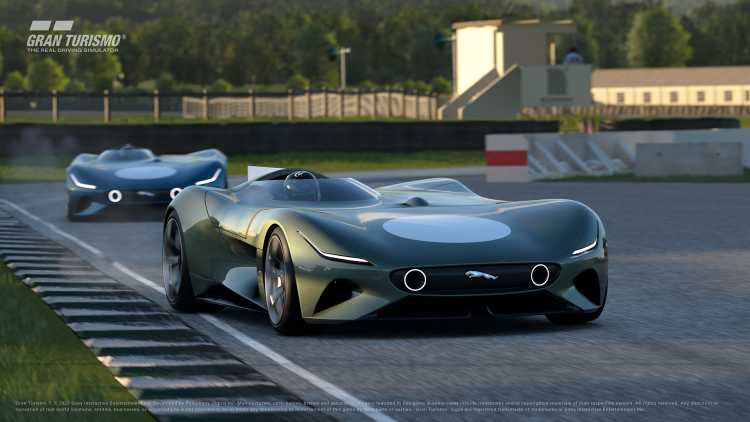 Jaguar has released images of its third electric virtual gaming race car to join the grid for the launch of Gran Turismo 7.

Nicknamed ‘The Roadster’, the all-electric single-seater has been given a specially developed black and grey body paint, subtle graphics and sculpted form inspired by the iconic Jaguar D-type.

Players will experience this for themselves when they pull away from the grid all the way up to a maximum speed of more than 200mph. 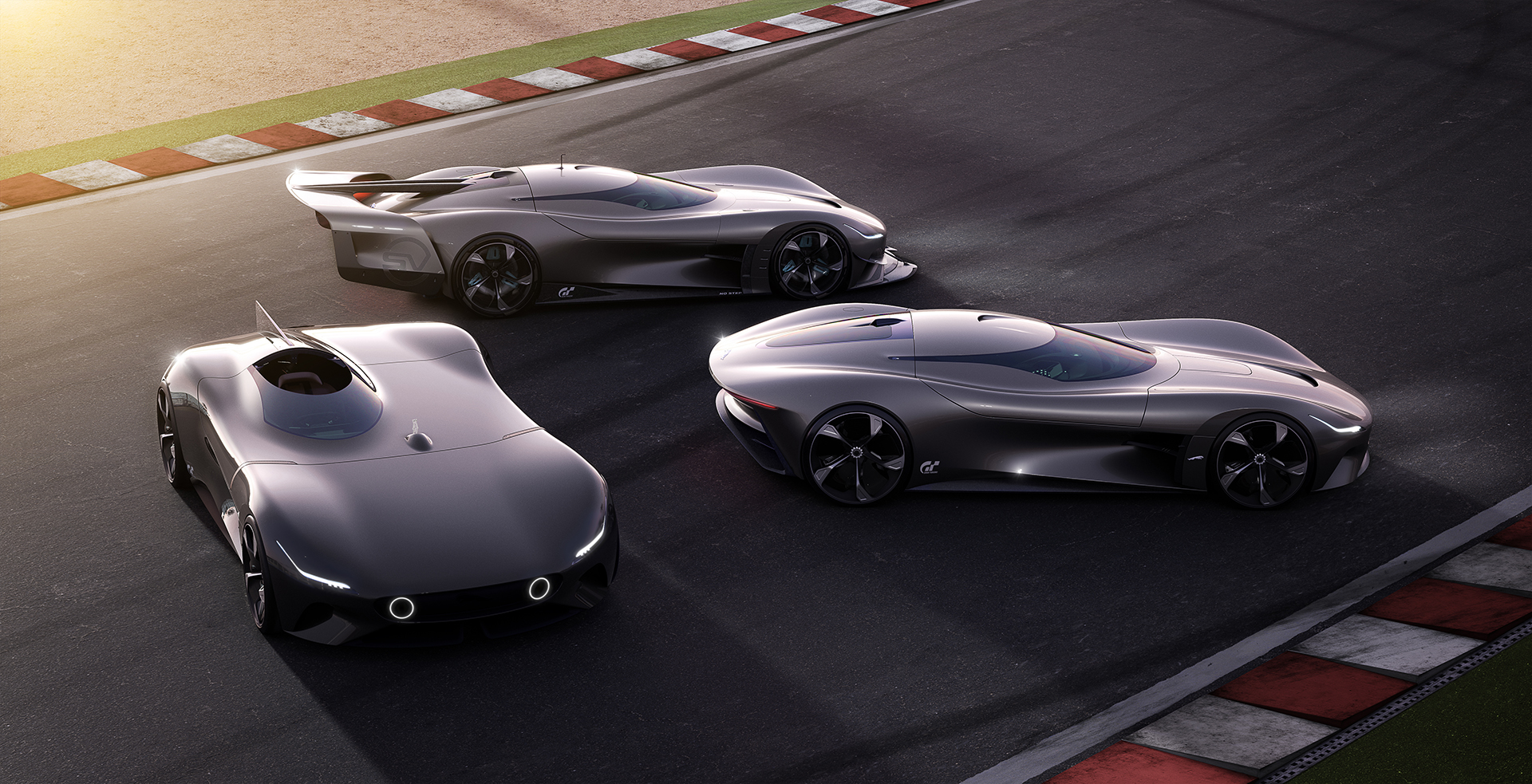 The Roadster joins the Vision GT Coupé and Vision GT SV to complete the trilogy of Jaguar cars in the Gran Turismo series.

The designers have introduced a modern interpretation of the fin synonymous of the three-time Le Mans-winning D-type – which has been aerodynamically optimised using the latest computational fluid dynamics tools to be deployable at speed for enhanced stability with minimal drag.

Etched into the fin is a Union Jack using the Jaguar monogram pattern, which has then been subtly illuminated by LEDs.

This theme continues with the hand-crafted leather straps on the front fenders and iconic roundel lights in the front grille.

“As a car designer, being part of the team that has delivered three virtual cars for the Gran Turismo series has been a dream project,” said Oliver Cattell-Ford, exterior designer for Jaguar Advanced Design. 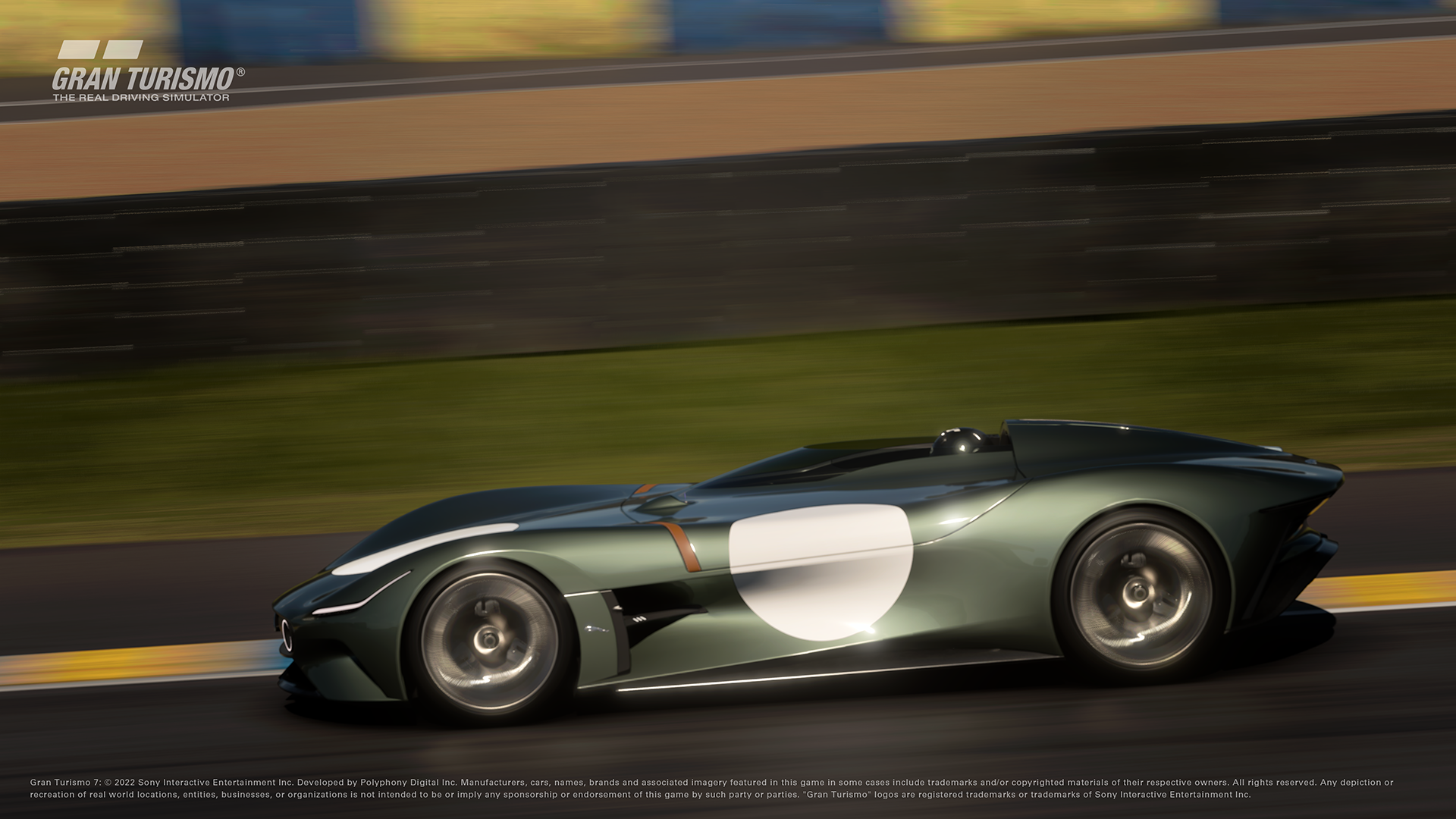 “The visual effect is dramatic and wouldn’t look out of place on any track or circuit around the world, from the streets of night-time Tokyo to California’s Laguna Seca raceway.”

We can only live in hope that one day Jaguar will release this trilogy of supercars into the real world.

Aston Martin and Britishvolt to make high performance batteries together