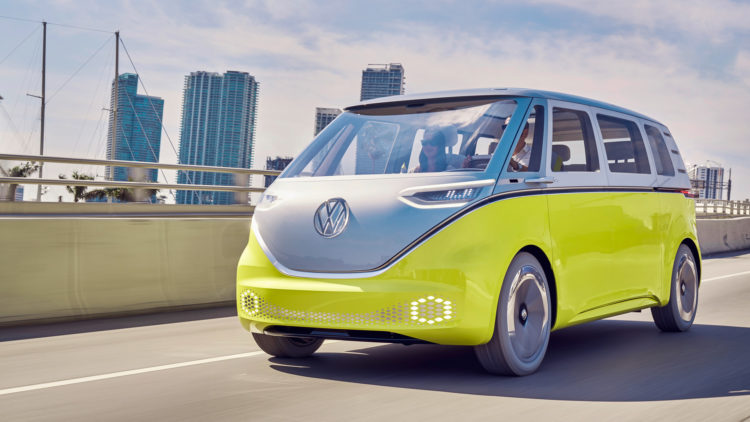 Volkswagen Commercial Vehicles has revealed that its iconic Bulli is getting an electric makeover with a double world premiere of the all-electric ID. Buzz and ID. Buzz Cargo on 9 March.

Transferring seven decades of Bulli know-how into the future, Volkswagen will unveil a five-seater Buzz tailored to leisure time or business use, and an ultra-modern three-seater Buzz Cargo Van.

Both prototypes are currently touring Europe in a series of final test runs before full production of the ID commences in the first half of this year. The European launch is expected in the autumn. 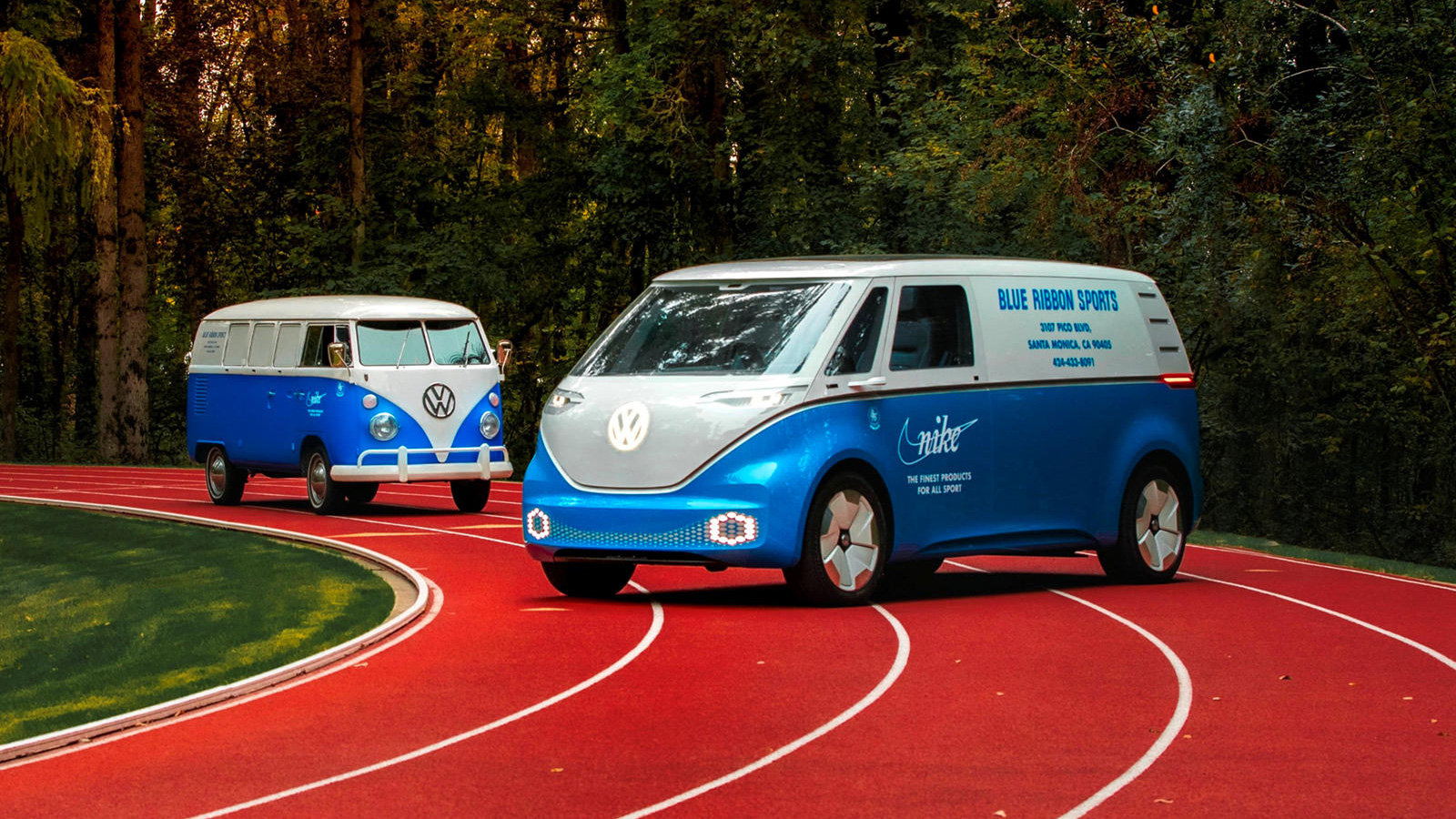 The ID. Buzz was first unveiled as a concept car at the Detroit Motor Show back in January 2017.

Those that caught a glimpse of the prototypes then will notice that the similarities in styling from concept car to the 2022 full-production version have been rigorously transferred by the designers.

Both models draw on the stylistic elements of the iconic T1, the original Bulli.

These elements include short vehicle body overhangs, the classic division of the vehicle body design into an upper and lower level and the unmistakable V-shape face.

But despite all the links to the Bulli, the Buzz gives electric motoring a new face.

Both models are built on Volkswagen Group’s Modular Electric Drive Kit (MEB) and feature an 82kWh lithium-ion battery. The battery supplies a 150kW electric motor on the rear axle. Range figures have not been revealed but it will have a top speed of around 90mph. The electric Bulli’s turning circle will be just over 11 metres.

In the future, the models will have a ‘Plug & Charge’ function. Volkswagen said: “Buzz authenticates itself at many providers’ (DC) quick-charging stations via the charging connector, exchanging all necessary data with it in this way – a much more convenient arrangement.”

It will also feature bidirectional charging too. This will open the possibility of storing excess power from a home’s own solar panels in the ID. Buzz, for example. The energy could then be fed back into the home in the evening in order to be independent even without the sun. 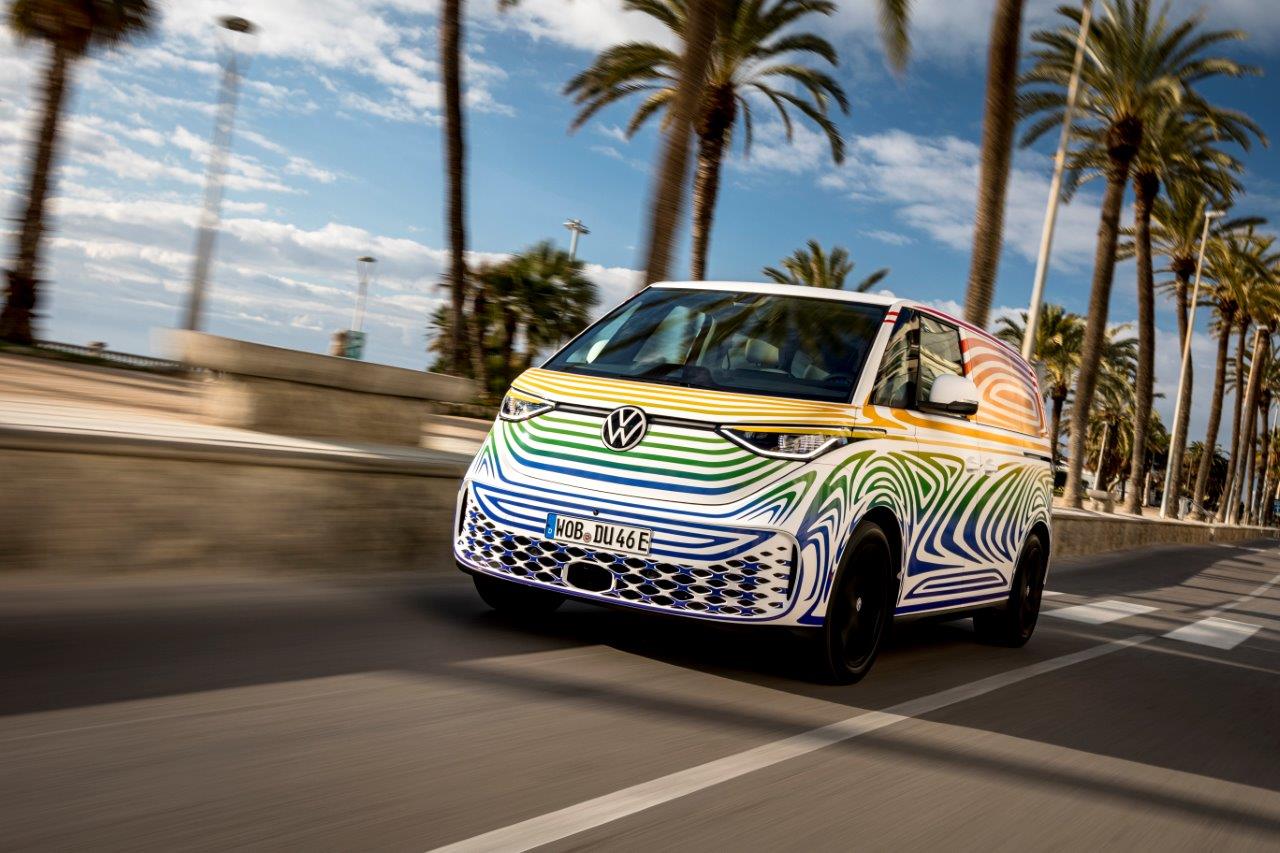 In terms of space, the ID. Buzz has up to 1,121 litres of luggage space while the maximum load capacity of the Buzz Cargo is over 3.9 m3.

Tech wise, the ID. Buzz will have a broad spectrum of driver assist systems, including a new ‘Trained Parking’ function allowing automatic manoeuvring into and out of parking spaces, and ‘Car2X’ that displays hazard alerts in the local area. All models will have software updates downloaded over the air.

The ID. Buzz will also be on show at South by Southwest in Austin, Texas in March.

Pricing has yet to be disclosed.