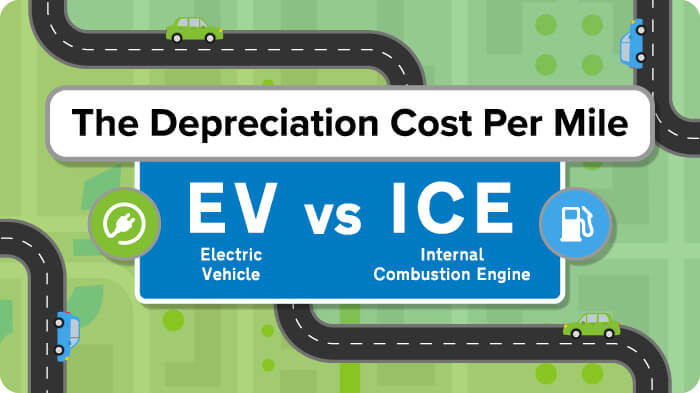 Depreciation is the difference between what you paid for a car and the amount you sell or trade it in for, which is typically far less than what you spent to acquire the vehicle. 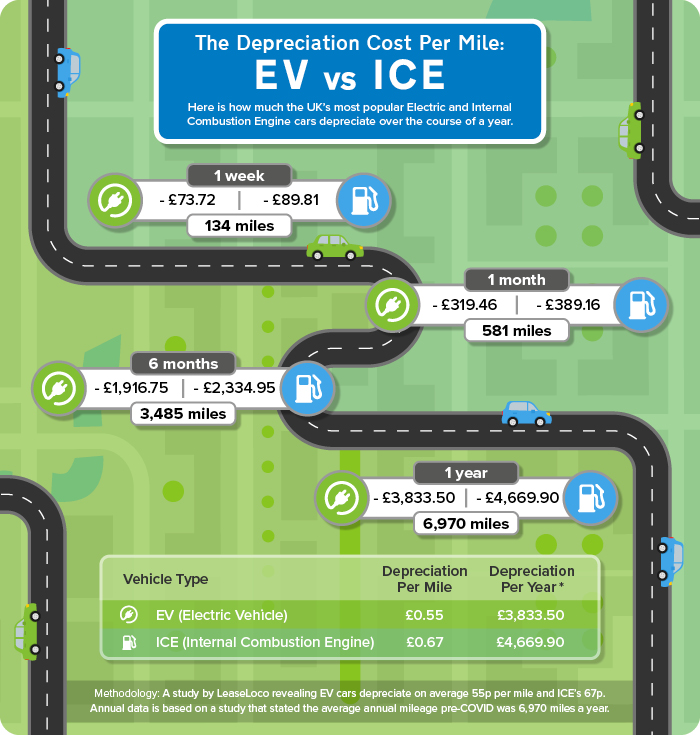 The study found that the average price an ICE car depreciates is 67p per mile meaning a loss of £4,669.90 per year. The average EV, however, will depreciate £3,833.50 per year, which is a depreciation of 55p per mile. This was based on a recent study from By Miles that found the average annual mileage pre-COVID was 6,970 miles per year.

By comparing the prices of the UK’s most popular ICE cars and EVs on the used car market against the number of miles the car had done, LeaseLoco uncovered the average depreciation cost per mile of a car.

“One of the biggest contributing factors of depreciation is mileage,” said LeaseLoco.

“Basically speaking, the further a car has been driven, the less amount of money you’ll be able to gain back when trying to sell it. This is because the mileage gives a good indication of a car’s mechanical wellbeing. The more miles it’s done the more likely it’ll need parts replacing/updating.” 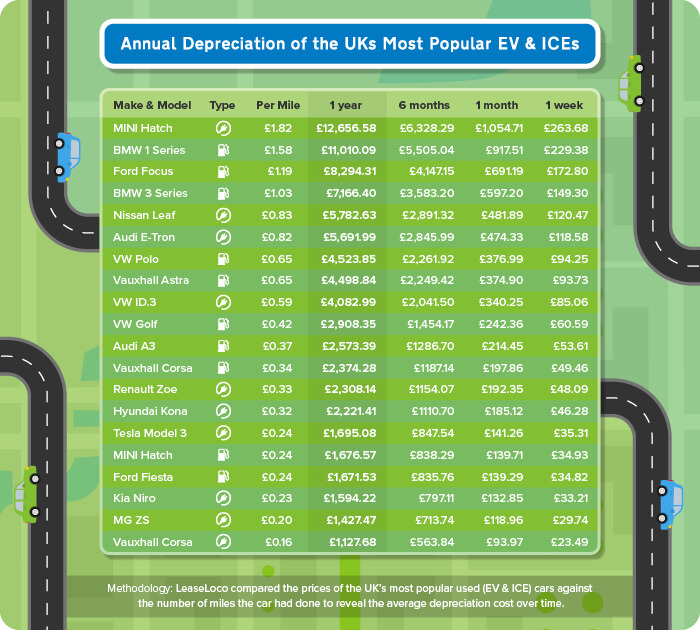 LeaseLoco also looked at the depreciation rates of the UK’s favourite used cars broken down by make and model.

The EVs – Vauxhall Corsa-e, MG ZS EV and Kia e-Niro – took the top three spots respectively for the cars that depreciated the least over the course of a year.

Overall, the MINI Hatch electric depreciates the most, losing £1.82 per mile. Using the By Miles study, which says the average annual mileage is 6,970 miles a year, the MINI depreciates by £12,656,58 a year.

However, besides the MINI electric, the next three cars with the fastest depreciation rates are all ICE vehicles. These are the BMW 1 series, Ford Focus and BMW 3 series.