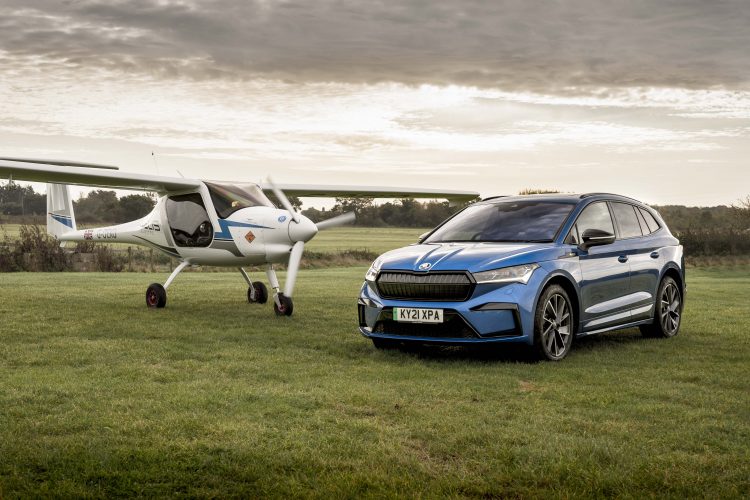 ŠKODA has pitted its all-electric Enyaq iV head-to-head against the world’s first all-electric passenger plane to demonstrate just how far EV technology has come and provide a glimpse into the future of electric mobility.

The plane in the experiment is a Pipistrel Velis Electro positioned at the cutting-edge of electric aviation. Currently, only two airworthy examples exist in the UK, but soon it is hoped these aircrafts will change the face of sustainable flight. 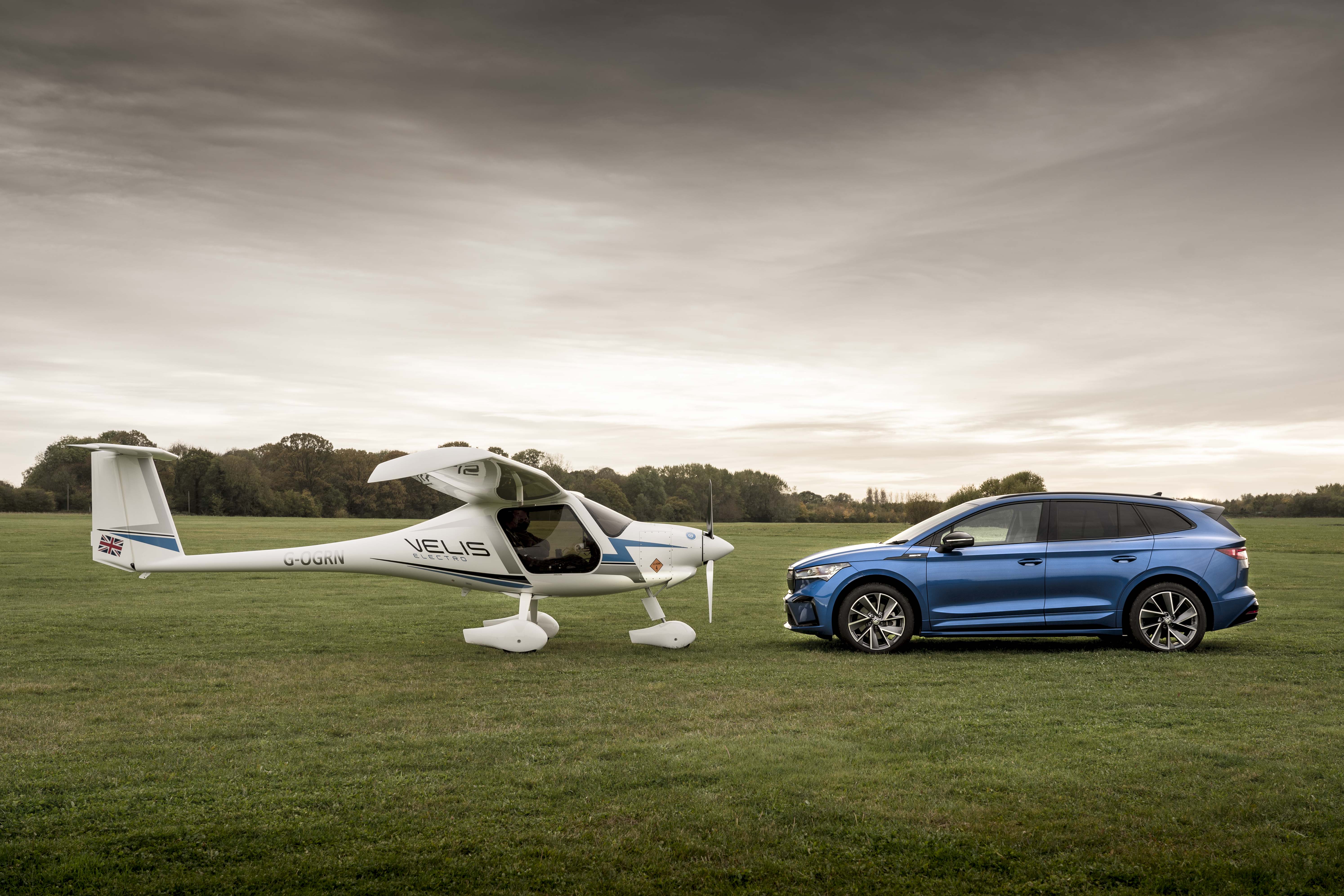 From a range perspective, the Enyaq iV has an 82kWh battery meaning it can travel up to 331 miles on a single charge.

In comparison, the Velis Electro’s energy supply provides 45 minutes of flight time, which is around 125 miles at cruise.  But with no restrictions on speed limits, the plane’s 60kW powerplant can propel two passengers at speeds of up to 112mph.

Both EVs are far more economical than their internal-combustion equivalents. Flying the Pipistrel for one hour costs as little as £2.00 compared to the £70-£80 fuel bill a combustion aircraft would incur. Similarly, taking the Enyaq iV for a 100-mile spin costs just £4.14 in electricity compared to the £27 of petrol used by an equivalent SUV. Running costs then for the SUV is 4p per mile and 2p per mile for the plane.

Another benefit of both vehicles is that they are significantly quieter and smoother than their ICE counterparts. This is important because noise was cited by the World Health Organisation as the second most harmful environmental factor after air pollution. Also, the leading contributor to noise pollution in the UK is traffic.  Both the car and aircraft, at 60 decibels and 40 decibels respectively, represent a halving of noise emissions. 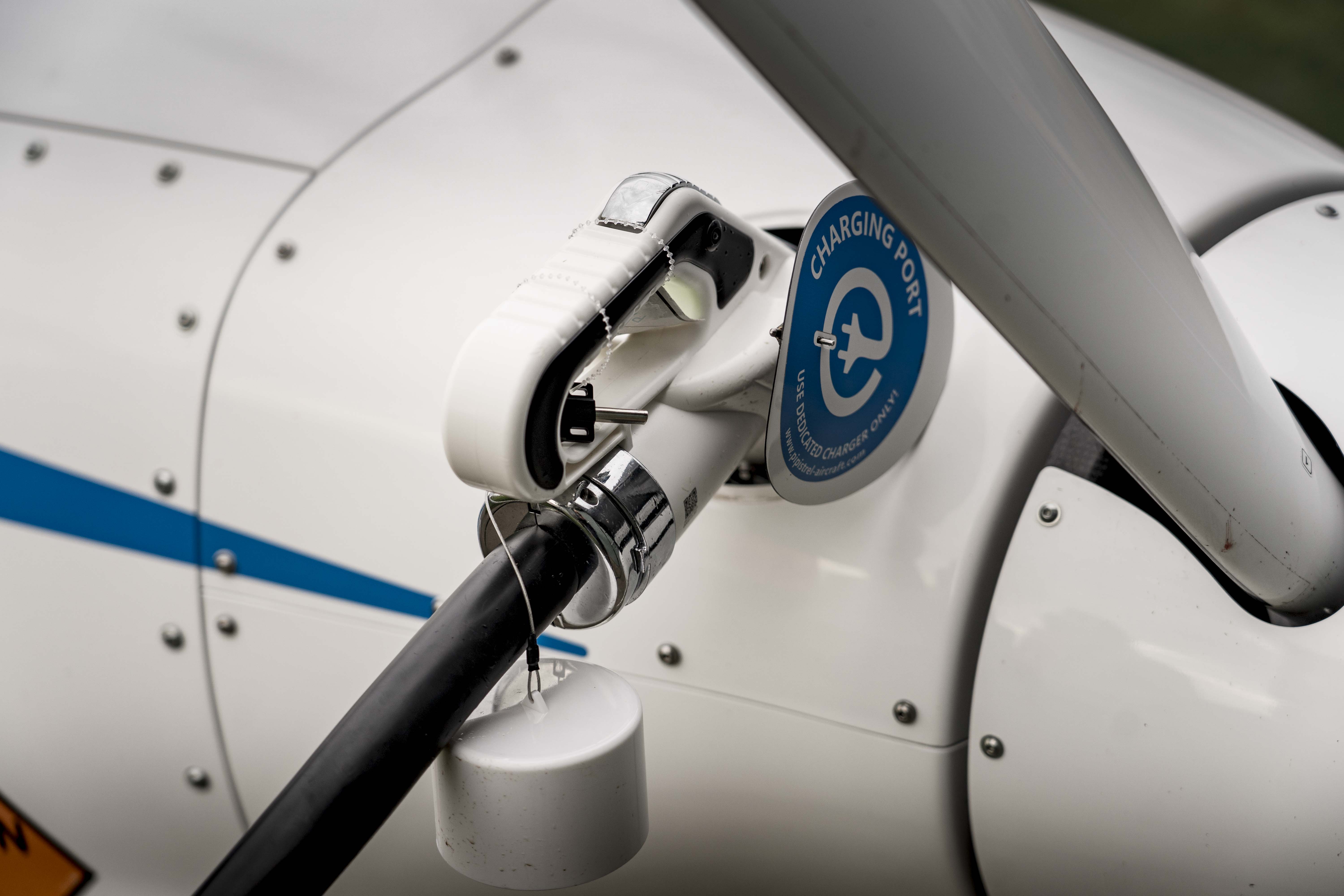 When it comes to electrification in the aircraft industry, electric short-haul fights carrying up to 200 passengers are not expected to be commercially viable for another 10-20 years.

Those looking to make the switch to an electric car however can do so today, highlighting the real-world readiness of the automotive industry.