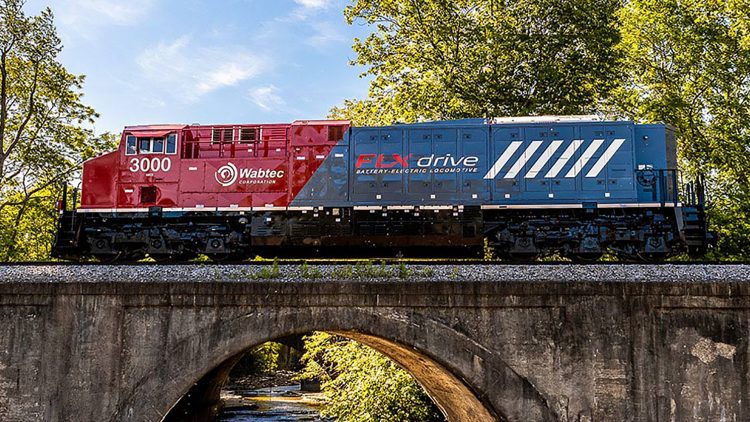 With each locomotive having an energy capacity of 7 megawatt-hours (MWh), Rio Tinto has calculated that based on the route from the mine to the port at Dampier in Western Australia, the new trains should reduce the company’s fuel costs and emissions by a double-digit percentage per train.

Wabtec FLXdrive trains with 2.4MWh batteries have a range of around 350 miles, so the 7MHw version could offer close to 1,000 miles, although it is likely to be used alongside other train propulsion types. 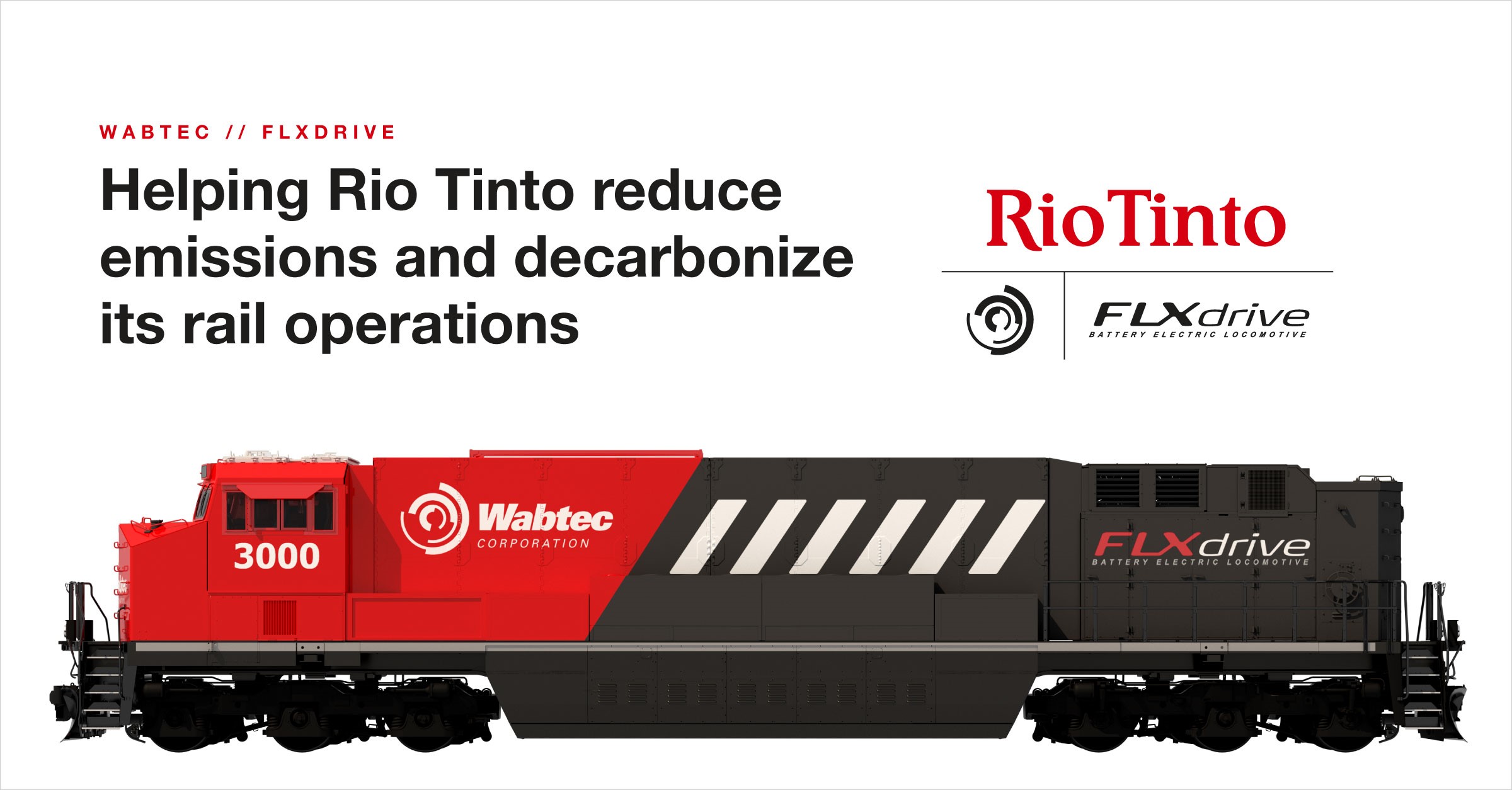 This will bring Rio Tinto one step closer to its goal of achieving a 50% reduction in carbon emissions by 2030.

“Our partnership with Wabtec is an investment in innovation and an acknowledgment of the need to increase the pace of our decarbonization efforts,” said Richard Cohen, Rio Tinto managing director of port, rail, and core services.

The mining company said that the electric locomotives will be used to transition from the diesel versions in mainline service, recharging during the trip through regenerative braking and at charging stations. 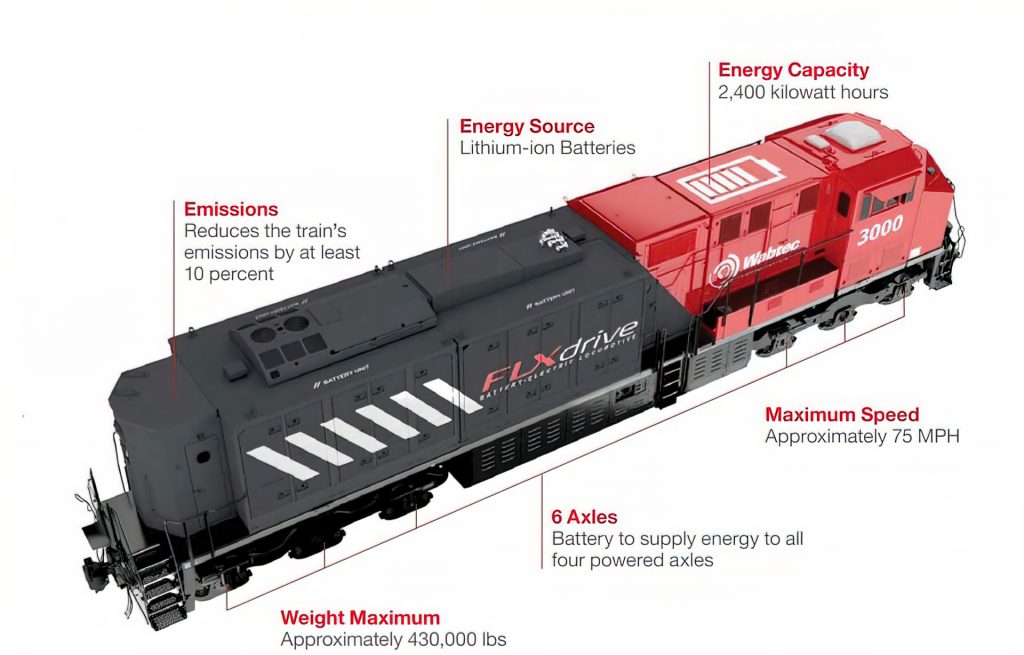 To ensure the most fuel-efficient operation, Rio Tinto will use Wabtec’s energy management software system, which determines the optimal times to discharge and charge the batteries along the route.

The four FLXdrives will be delivered to Rio Tinto sometime in 2023.