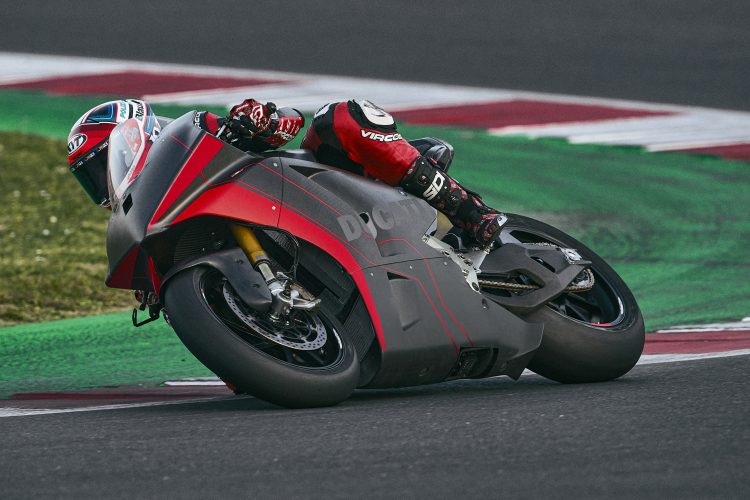 Ducati has released images of its first electric motorbike prototype, giving viewers a glimpse at the bike that will be used in the FIM MotoE electric motorcycle racing series from 2023.

The motorcycle manufacturer will replace Energica as the sole supplier of motorcycles for the MotoGP electric world championship. 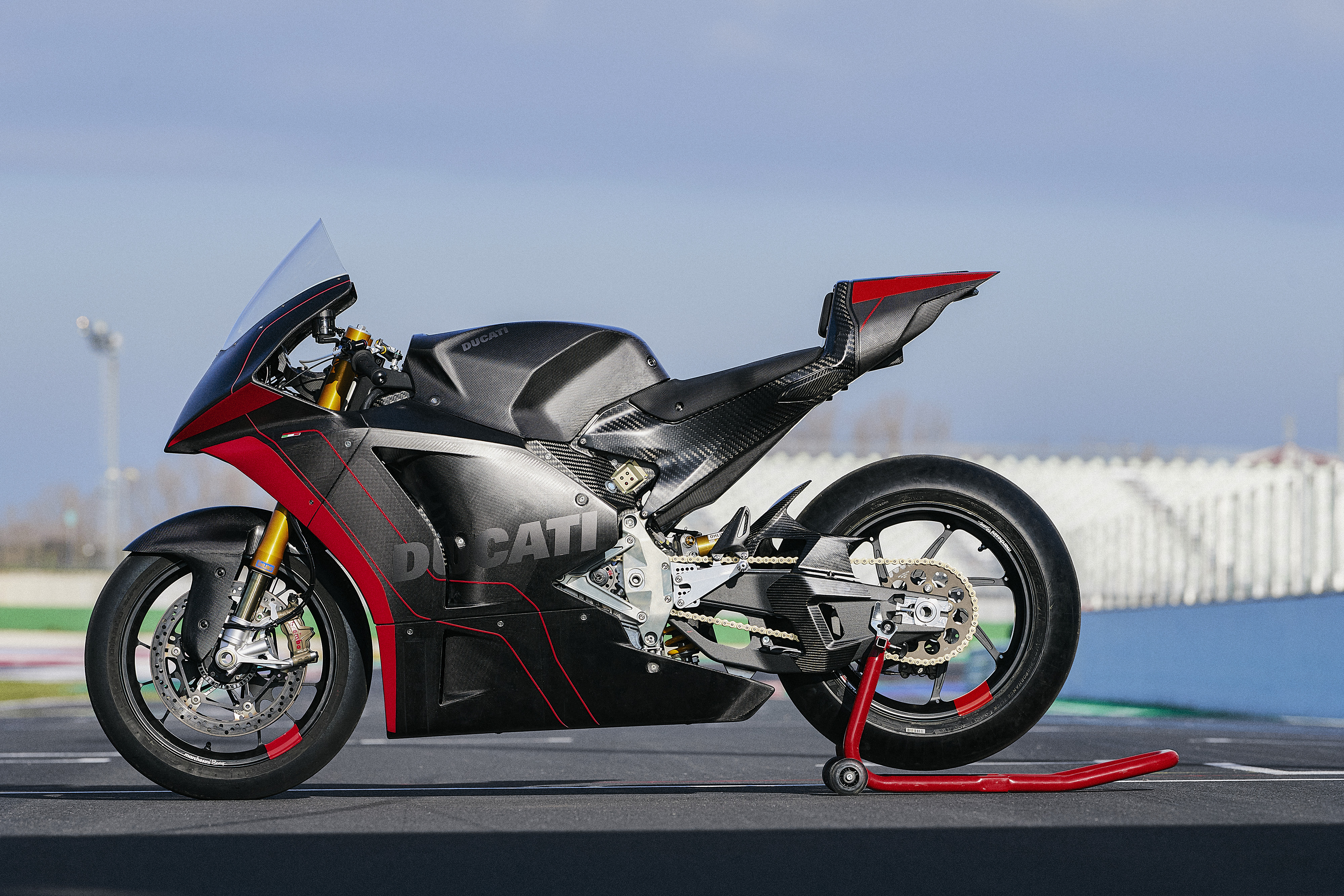 Professional and Ducati test rider Michele Pirro took the electric prototype codenamed V21L for a spin around the Misano World Circuit Marco Simoncelli in Italy to evaluate the technical characteristics and potential of the motorcycle.

“Testing the MotoE prototype on the circuit was a great thrill, because it marks the beginning of an important chapter in Ducati history,” says Michele Pirro.

“The bike is light and already has a good balance. Furthermore, the throttle connection in the first opening phase and the ergonomics are very similar to those of a MotoGP bike. If it weren't for the silence and for the fact that in this test, we decided to limit the power output to just 70% of performance, I could easily have imagined that I was riding my bike.”

The biggest challenge when developing an electric motorcycle relates to the size, weight, and range of the batteries. Another challenge is to design a bike that has a consistent power delivery during the race, which has been achieved by developing a suitable cooling system.

Ducati’s goal is to make a high-performance and light-weight machine for all FIM MotoE World Cup participants.

Roberto Canè, Ducati eMobility director, said: “We are experiencing a truly extraordinary moment. I find it hard to believe it is reality and still not a dream! The first electric Ducati on the track is exceptional not only for its uniqueness but also for the type of undertaking: challenging both for its performance objectives and for its extremely short timescales.” 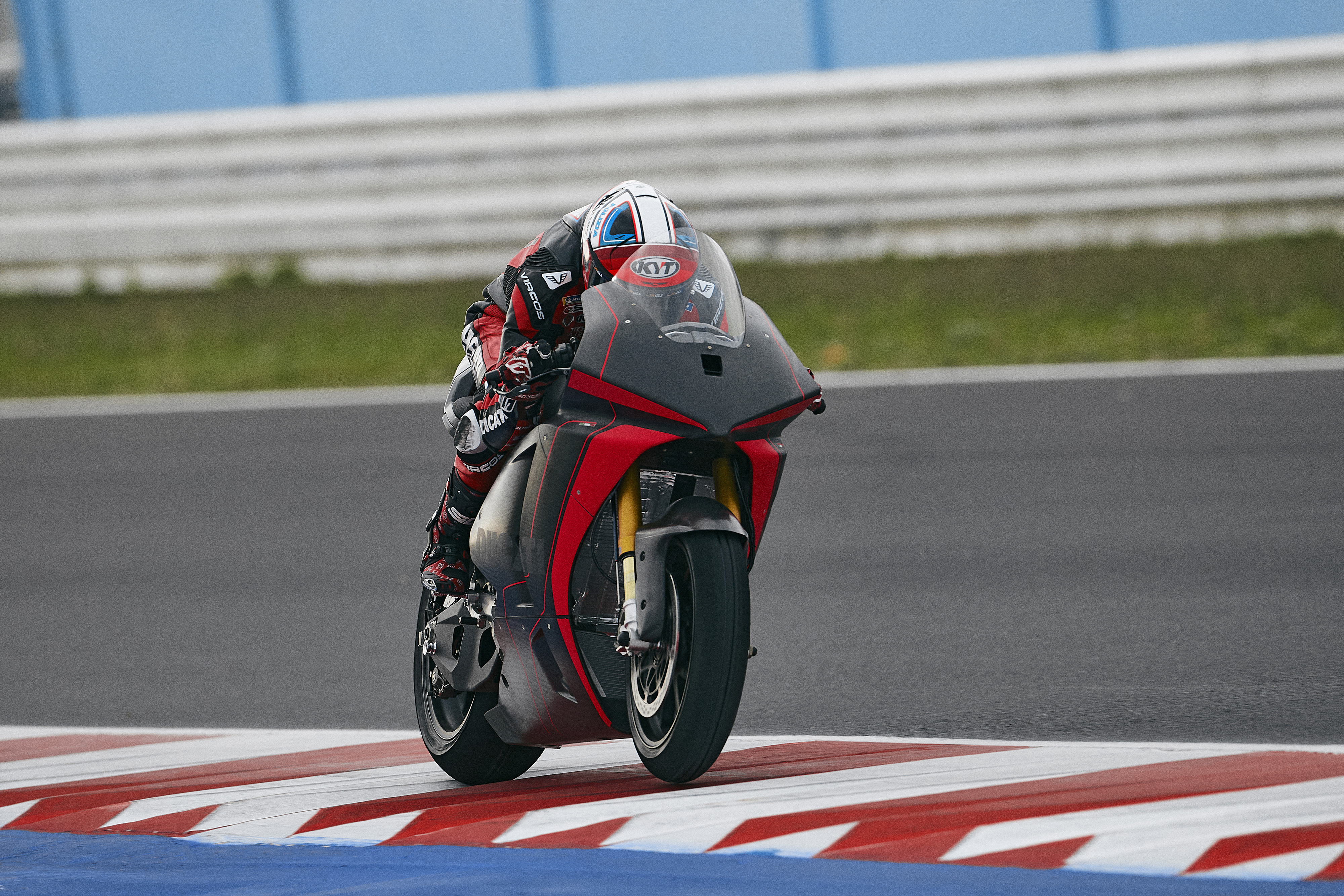 Mr Canè continued: “Precisely for this reason, the work of the whole team dedicated to the project has been incredible and today's result repays us for the efforts made in recent months. We are certainly not finished yet; indeed, we know that the road ahead is still very long, but in the meantime, we have laid a first important ‘brick'.”

Ducati plans to use its R&D experience in the racing series to create a sporty electric vehicle for road use that satisfies all enthusiasts.