More than one in four (26%) new cars sold in Europe in November were EVs, according to market data from JATO Dynamics.

EV registrations totalled 217,709 units, which is a 10% increase in market share compared to November 2020. However, petrol vehicles took a 53% market share which was still more than double the volume recorded for low emission vehicles. 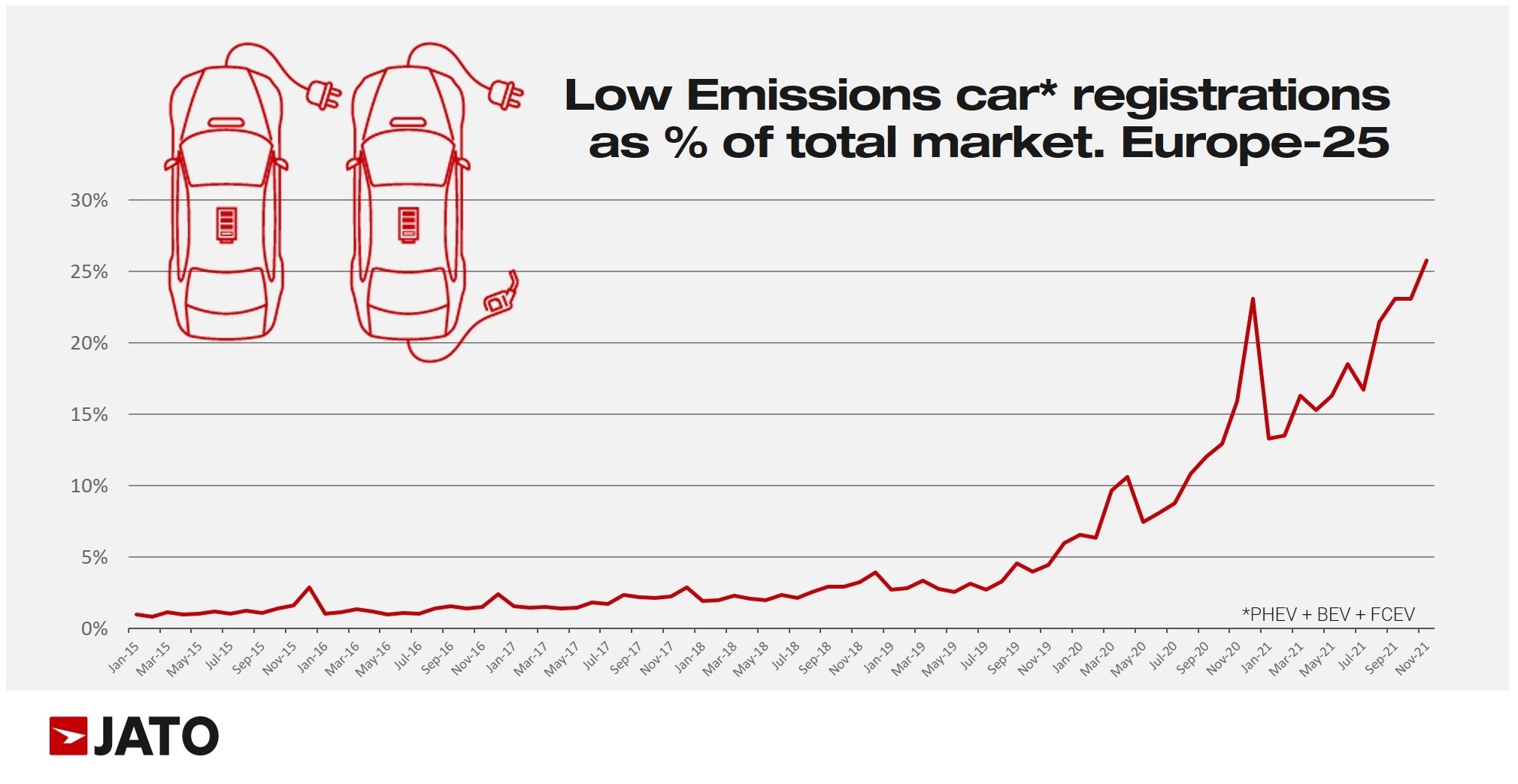 The strong growth in the sale of EVs can partly be explained by the significant shift by governments and OEMs towards low emission vehicles.

Felipe Munoz, global analyst at JATO Dynamics, said: “If you want a new car in this current environment, the chances are that EVs are going to be more accessible given the range of offers and incentives available.”

However, despite the EV market continuing to grow rapidly, total registrations of all car types were 855,281 units, which is the lowest it has been in November over the last three decades.

Felipe Munoz says that this is due to an ongoing shortage in semiconductors globally.

“Although the market has not recovered entirely from the pandemic, the current problem does not relate to a lack of demand, but rather a lack of supply.”

“When you consider the chip shortage in combination with local lockdowns experienced over the course of this year, there is a clear backlog of consumers wishing to renew their cars. This delay could have two main impacts: the first being that we see a large uptake in registrations next year if the shortage is solved; the second that consumers begin to adapt their buying patterns, moving toward keeping their vehicles for longer periods.”

In the PHEV market, the Peugeot 3008 was the most popular choice for consumers followed by the Volvo XC40 and Ford Kuga.

The ongoing chip shortage had a notable impact on the overall model rankings. While the Renault Clio was the best-seller with 16,353 units sold, there were fewer than 200 units between the Renault and the fourth model in the ranking. These cars were not as negatively affected last month as the Volkswagen Golf or Toyota Yaris with their volume falling by 72% and 65% respectively.