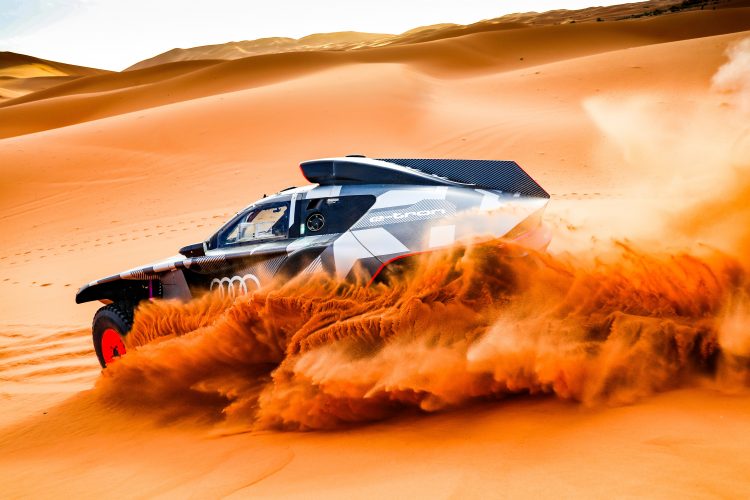 Audi has revealed the cockpit design of the Audi RS Q e-tron ahead of the Dakar Rally in January 2022.

The new design changes the roles of the driver and co-driver. In standard cross-country rallies, the driver drives, and the co-driver navigates. With the new cockpit, Mattias Ekström, Stéphane Peterhansel and Carlos Sainz, who will represent the Audi team, will share the operation with their co-drivers. 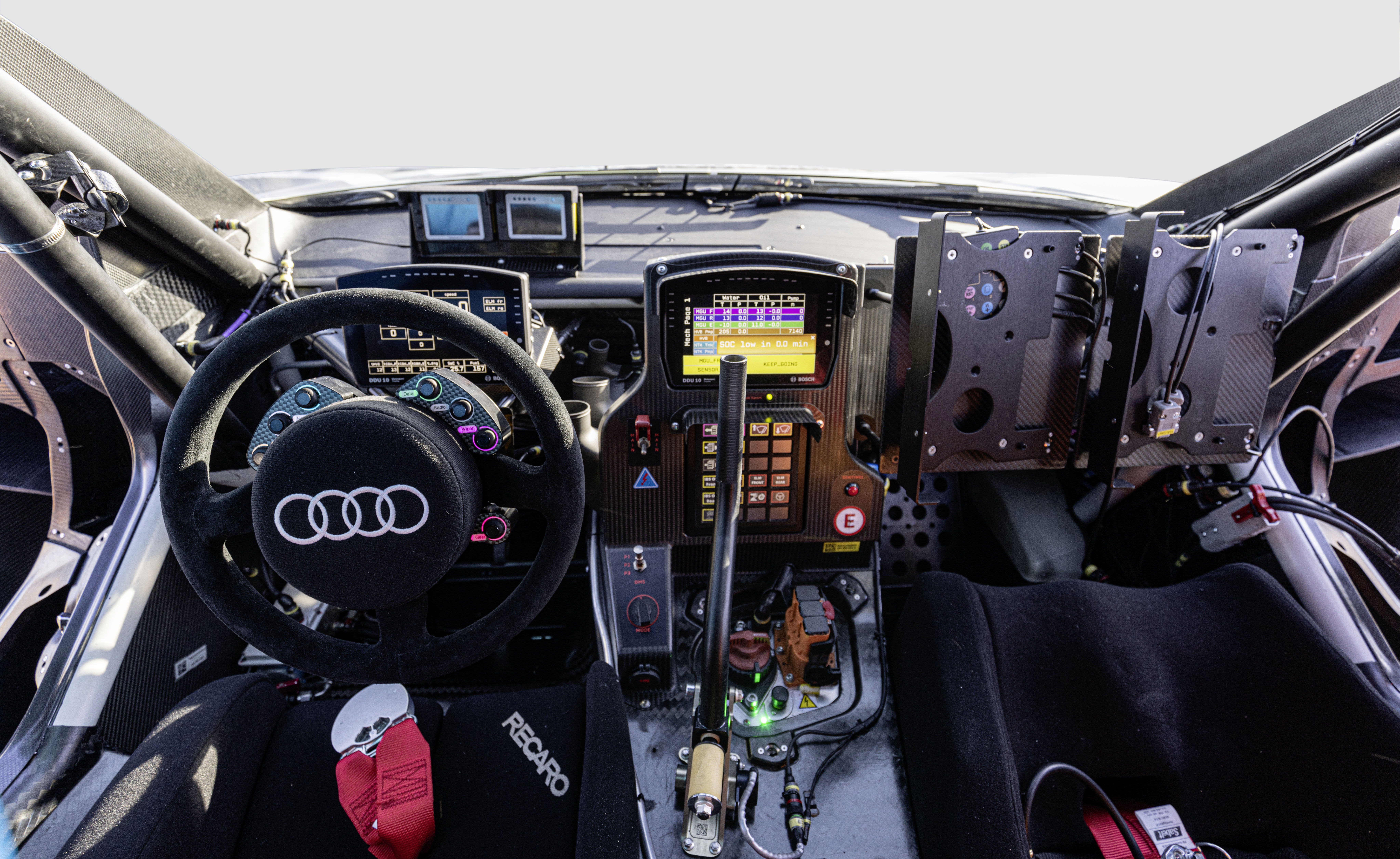 “I now spend only half my energy on navigation, the other half on operating the car. But I love this new challenge,” said Edouard Boulanger, Stéphane Peterhansel’s co-driver.

The cockpit features a double-cranked aluminium handbrake lever, which reduces the slide of the vehicle before corners. No gear changes are required, as the electric drive with energy converter does not need a manual transmission. The Audi RS Q e-tron also employs a brake-by-wire system which combines the hydraulic brake with a recuperation system. 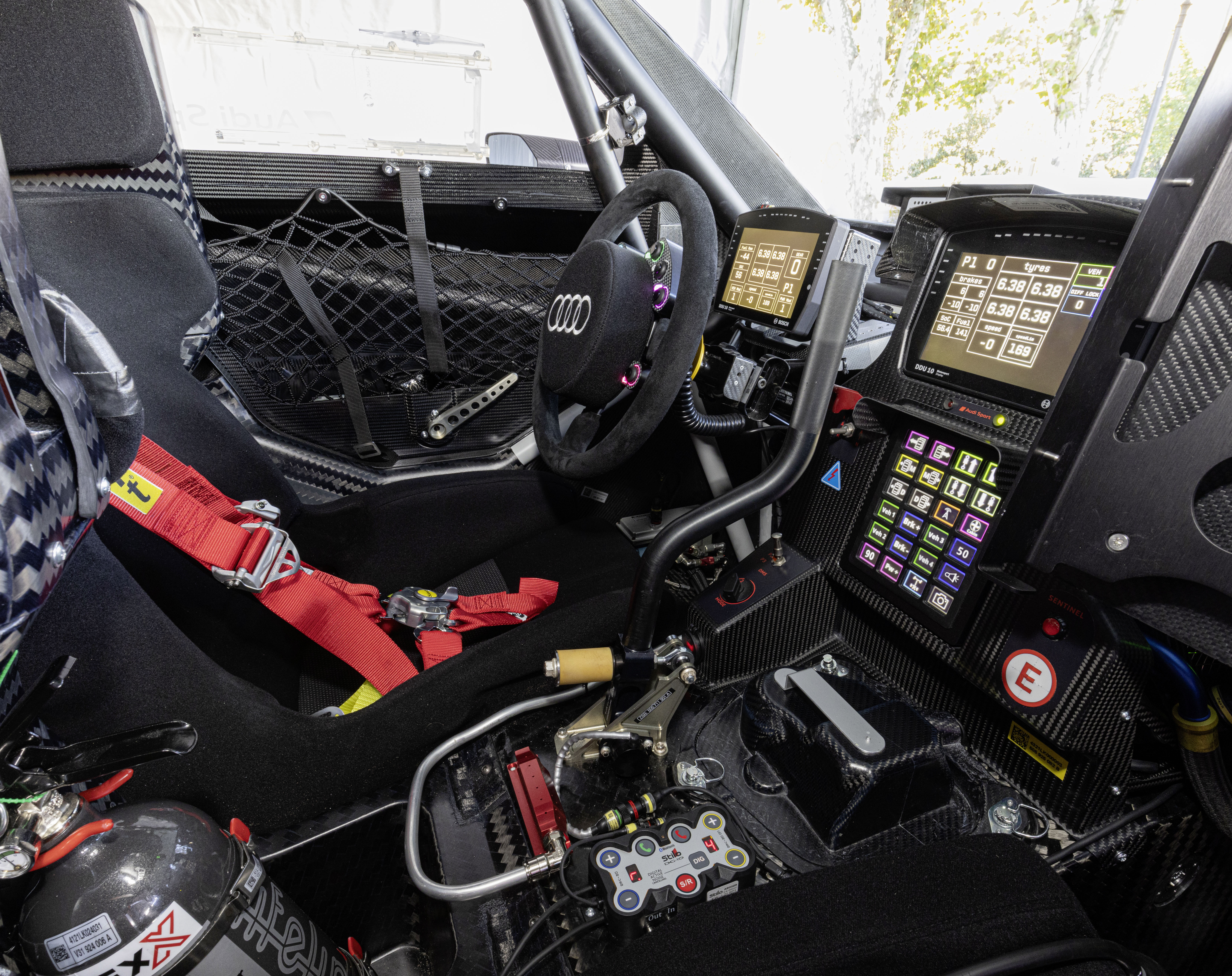 Several displays in the cockpit will assist the driver and co-driver with decision-making, and two tablet screens in the cockpit provide crucial information about the route. At the Dakar Rally, new rules mean that the teams will receive route information 15 minutes before the start of the stage each morning. One tablet screen will display the digital roadbook, and the other will display GPS navigation. The roadbook will only contain compass directions, distances, pictograms, special aspects, and hazard warnings in the roadbook. 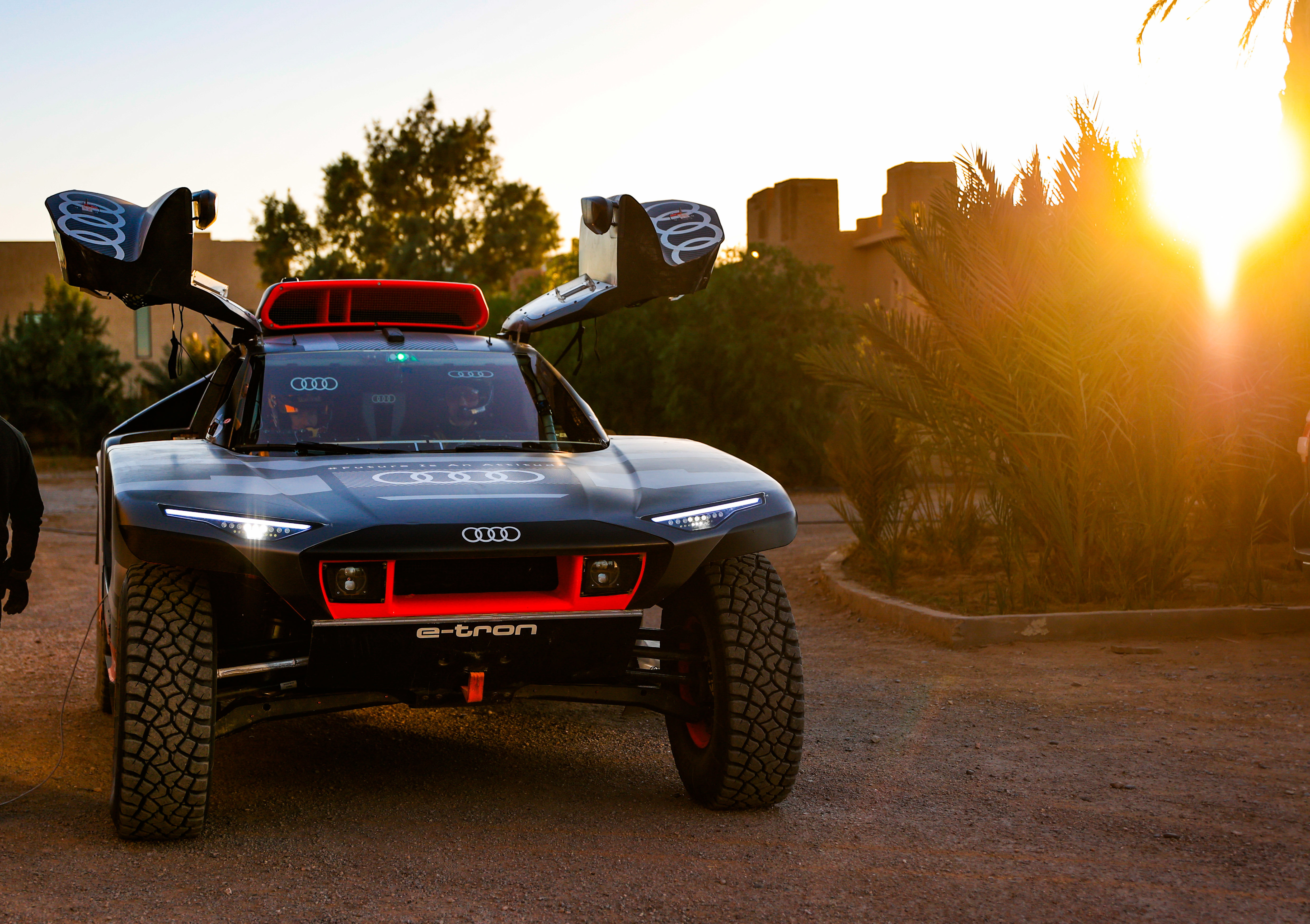 The Dakar Rally is an off-road race. The route often involves dunes, mud, rocks, and more. The 2022 competition will begin on 2 January.