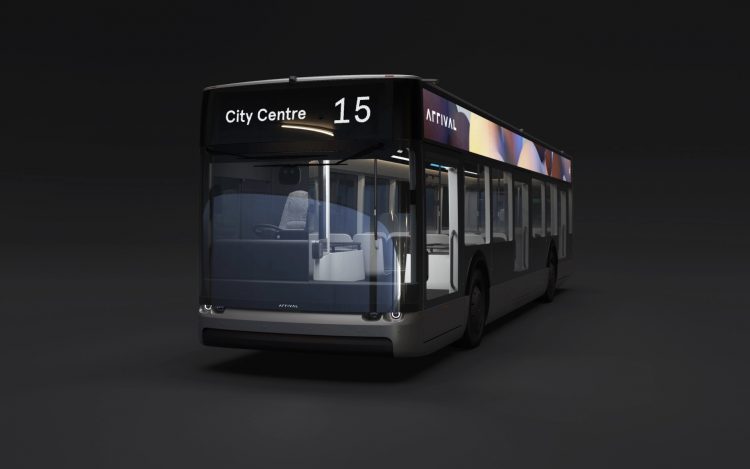 A UK manufacturer has revealed the prototype of a sleek new electric bus that is scheduled to begin production in 2022.

The pre-production prototype was revealed at Arrival’s research and development centre in Banbury, UK on 15 November.

Arrival president Avinash Rugoobur explained to Reuters that the position of the batteries differed from many other electric bus models as they are in the floor rather than in the roof of the chassis. This bus instead has a skylight running the length of the bus, adding a modern and elegant feel.

Electric vehicle models are usually more expensive than their diesel counterparts, but in this case Oxford-based company Arrival is aiming to bring the new model to market at a cost to customers equal to that of conventional diesel buses.

This will be possible in part by using “lightweight but durable plastic composite body panels” in place of steel or aluminium, reports Reuters.

As more countries and governments bring in emission-based targets and laws, more money is being funnelled into the zero-emission transport space.

For example, the UK government announced £120 million of extra investment in zero-emission buses and the US, where the production of the new bus is due to take place next year, recently approved $5.25 billion for electric buses from now until 2026. Local governments in the US may be able to access funding to help them buy electric buses.

However, Mike Ableson, head of Arrival's North American operations, said to Reuters that the company's goal of producing a zero-emission bus for the same price as a diesel bus means “transit agencies won't have to worry about additional funding, they'll just be able to start buying electric buses instead of diesel buses”.