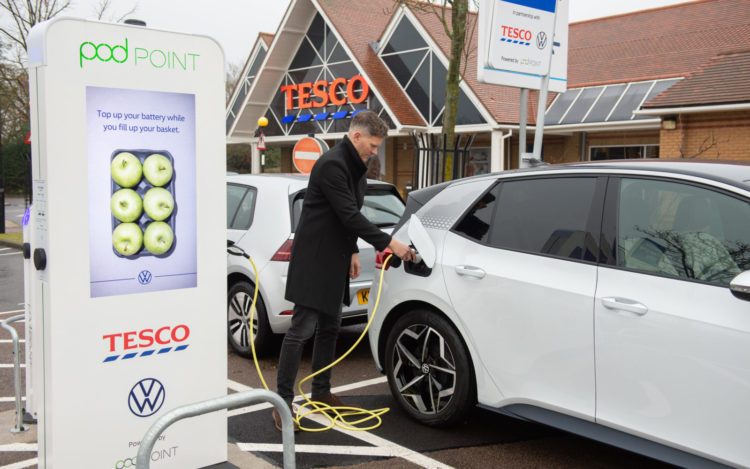 It is now much easier to charge your electric car whilst doing your weekly shop, as UK supermarkets have installed almost 1,000 new charging points between January 2020 and September 2021, according to data analysed by Zap-Map and the RAC.

There are now 2,059 chargers available at supermarket locations, a development that is likely to be welcomed by the 100,000-plus people that became electric car drivers in the 12 months before October 2021. 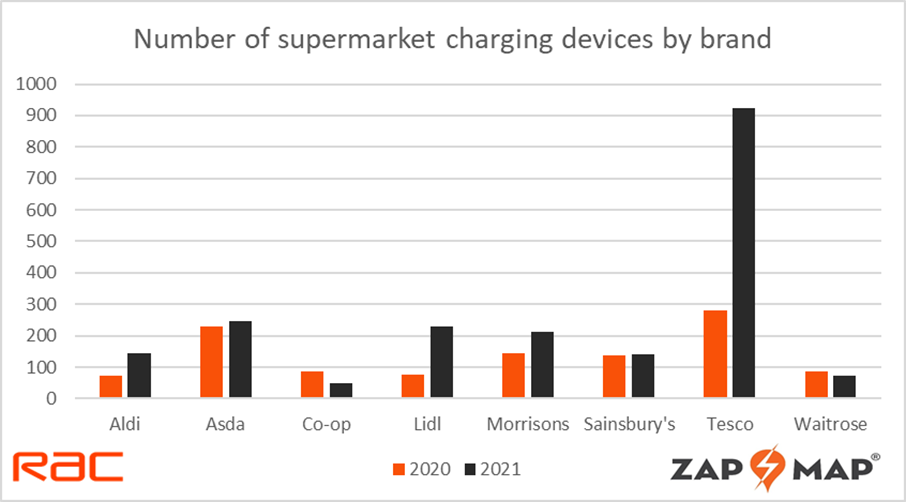 Tesco currently has a strong lead on all other supermarkets, installing 641 new chargers across its sites and bringing its total to 922.

Tesco’s closest rival, Asda, has a total of just 246 chargers across its locations.

While Tesco has by far the most chargers of any type, Morrisons is the frontrunner for rapid chargers, which are in place at 197 (40%) of its locations, compared to 64 of Tesco’s.

The data indicated that the supermarket chains that have most heavily invested in such on-site infrastructure are Tesco, Morrisons, Asda and Lidl.

According to Statista, people tend to spend on average 45 minutes at the supermarket. RAC director of EVs Sarah Winward-Kotecha said that supermarket charging facilities, particularly those of the rapid variety, “make it possible to run an EV easily without access to a home charger as drivers can get their cars topped up in the time it takes them to do their weekly shop”.

Winward-Kotecha said that supermarket chains should “recognise the vital role they play in encouraging many more drivers to opt for electric cars”. 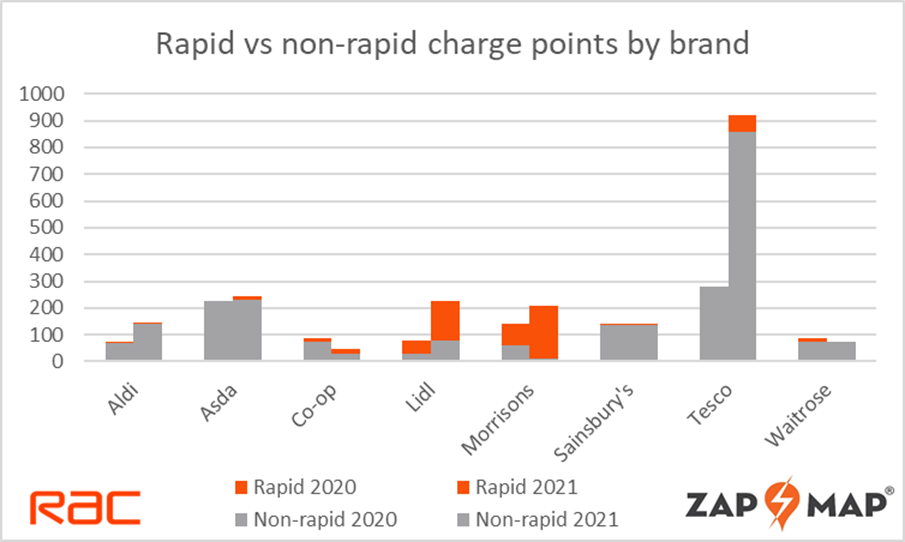