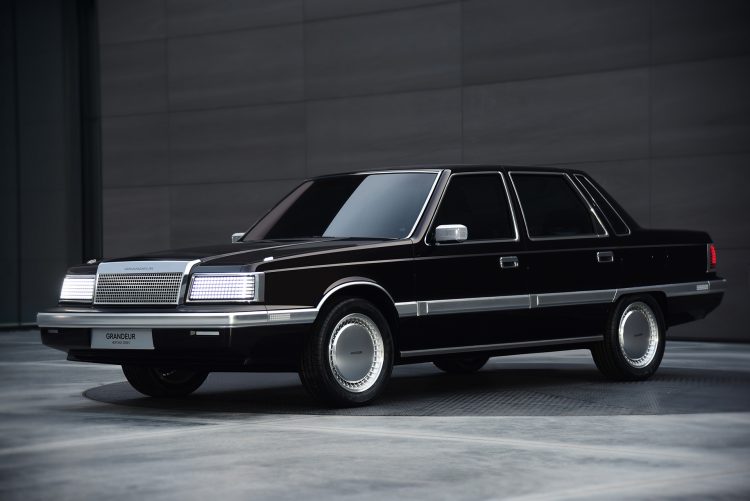 Hyundai is celebrating the 35th anniversary of its 1986 Grandeur flagship sedan by electrifying it with a retro-futuristic resto-mod.

This is the first generation of Grandeur that has been given a fully electric powertrain, with designers giving the boxy original a makeover to find new inspiration for the future. 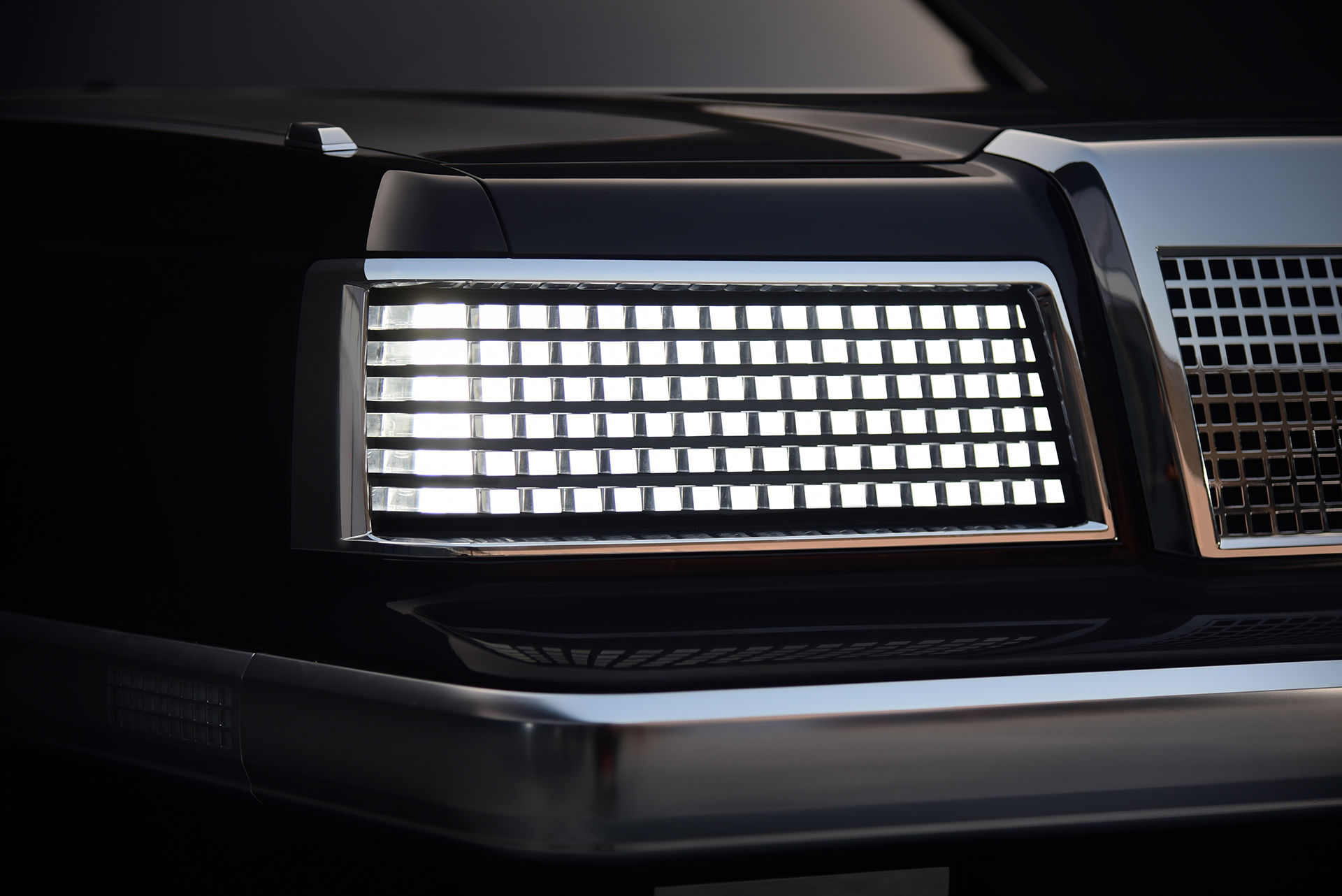 Its exterior will retain most of its 1980s styling elements and retro charm, but with “tasteful” updates, including new covered wheels, slide cladding and pixel-style LED headlights, similar in technology to those on the IONIQ 5.

Hyundai’s designers applied an interior theme they call ‘Newtro’, which means newness and retro. An example of this is the bronze-coloured lighting reminiscent of period audio equipment along with a modern audiophile sound system to match. The sedan’s front-seats are inspired by the original Grandeur and made of burgundy velvet, with a stitched and laced auburn Napa leather lining the back.

Across the dashboard is a wide touchscreen display and there is also a 4way4 sound system that has 18 speakers. The composition of Grandeur’s centre console and dashboard is based on concert hall acoustic theory, which has given the audio system a rich sound and deep bass, according to the manufacturer.

With the 1986 Grandeur having now been electrified, Hyundai will look to rediscover the values of the brand through the rest of its Heritage Series. 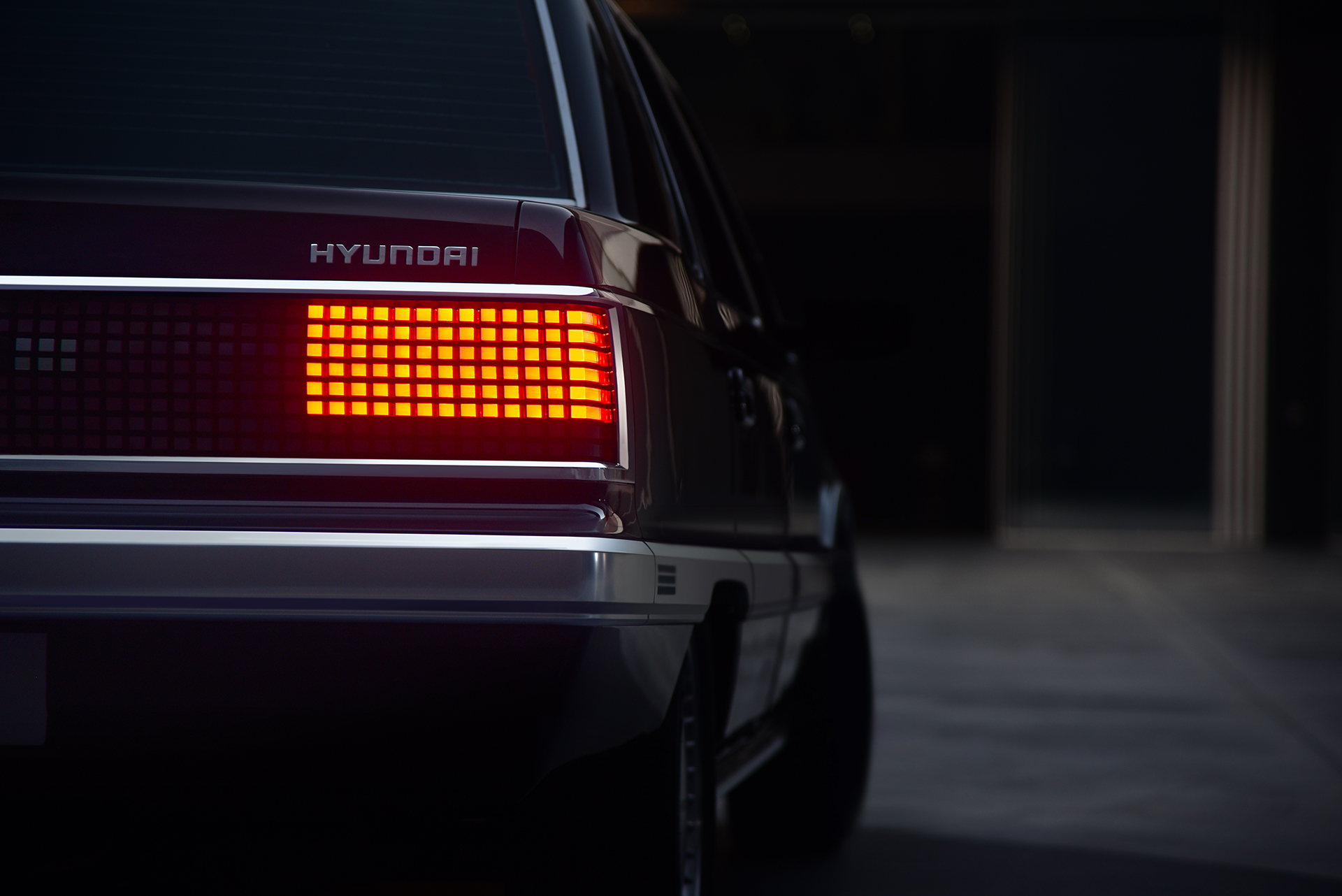 Hak-soo Ha, head of interior group of the Hyundai Design Centre, said: “As our designers conceive the future, it’s important to look back on what we’ve created in the past and find inspiration in it. With the Heritage Series Grandeur, our designers have reinterpreted an important part of Hyundai’s history as a wonderfully unique blend of vintage and contemporary that reflects the boundless possibilities of our EV era.”

The Hyundai Heritage Series Grandeur is on display at Seoul Motorstudio in South Korea.