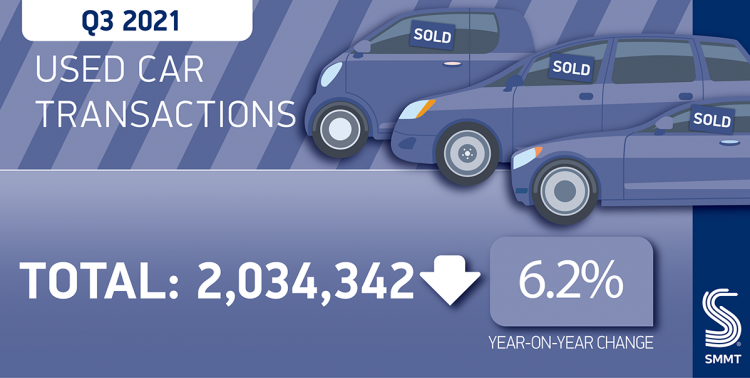 The demand for used electric vehicles significantly increased between July and September 2021, according to new figures released by the Society of Motor Manufacturers and Traders.

Transactions involving used plug-in hybrid vehicles and used hybrid electric vehicles rose by 43.3% and 20.3% respectively. The market share for all used plug-in vehicles has increased from 0.9% to 1.4% compared to the same period in 2020.

The growth in demand for used electric vehicles stands in contrast to the rest of the UK used car market, which declined by 6.3% in the third quarter. However, petrol and diesel powertrains still make up the majority of the used car market – between July and September, 96.4% of all used car transactions comprised of petrol or diesel vehicles.

Mike Hawes, Chief Executive of the Society of Motor Manufacturers and Traders, said: “Fleet renewal – of both new and used – is essential if we are to address air quality and carbon emissions concerns.”

The Society of Motor Manufacturers and Traders is one of the largest trade associations in the UK.