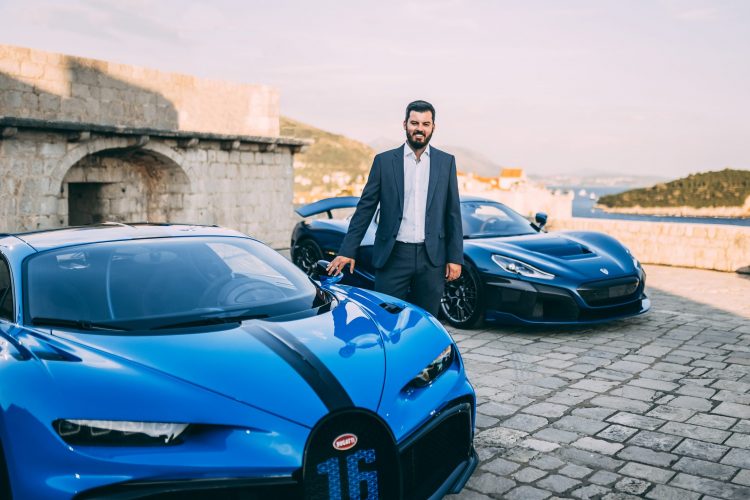 Two automotive powerhouses, Rimac Automobili and Bugatti, have teamed up to form a new high-performance company that is operating under the name Bugatti Rimac d.o.o.

Its global headquarters is located at Rimac’s current base on the outskirts of Zagreb, Croatia. 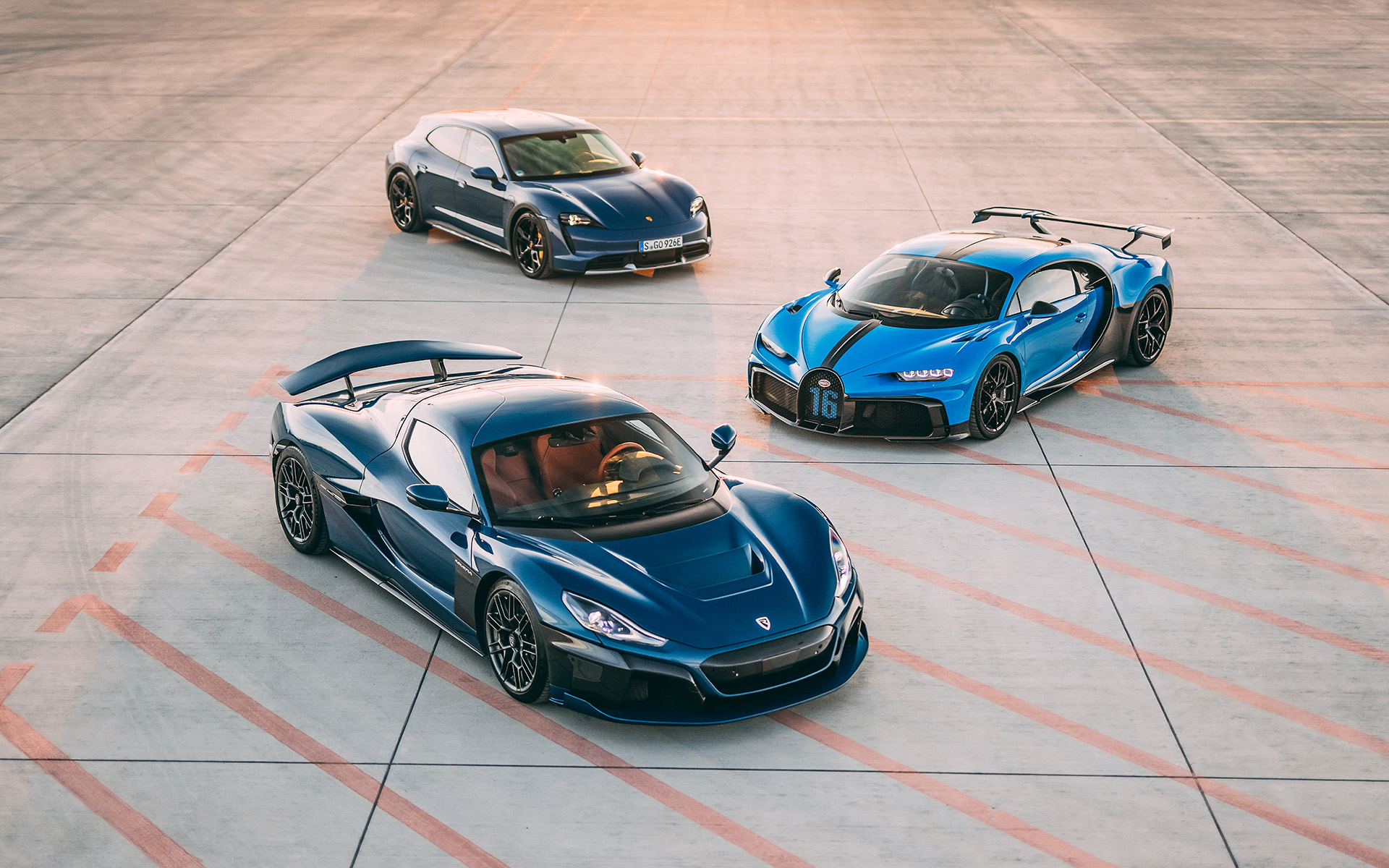 The plan is to transition to the recently announced €200m Rimac Campus in the same area, due to open in 2023.

Mate Rimac set up Rimac Automobili 10 years ago from his garage. It produces and supplies electric sports cars, drivetrains, and battery systems for many automotive manufacturers globally, including the Pininfarina Battista.

Rimac’s technical expertise and innovation in the EV sphere, along with Bugatti’s 110-year heritage and craftmanship designing some of the world’s most iconic hypercars, are now combined in the leading hypercar company.

In terms of who will own what, Rimac said: “The Rimac Group will be the major shareholder in Bugatti Rimac with a 55% stake. Mate Rimac will retain his shareholding in Rimac Group at 35%, with Porsche at 22%, Hyundai Motor Group doing the same at 11% and other investors at 32%.” 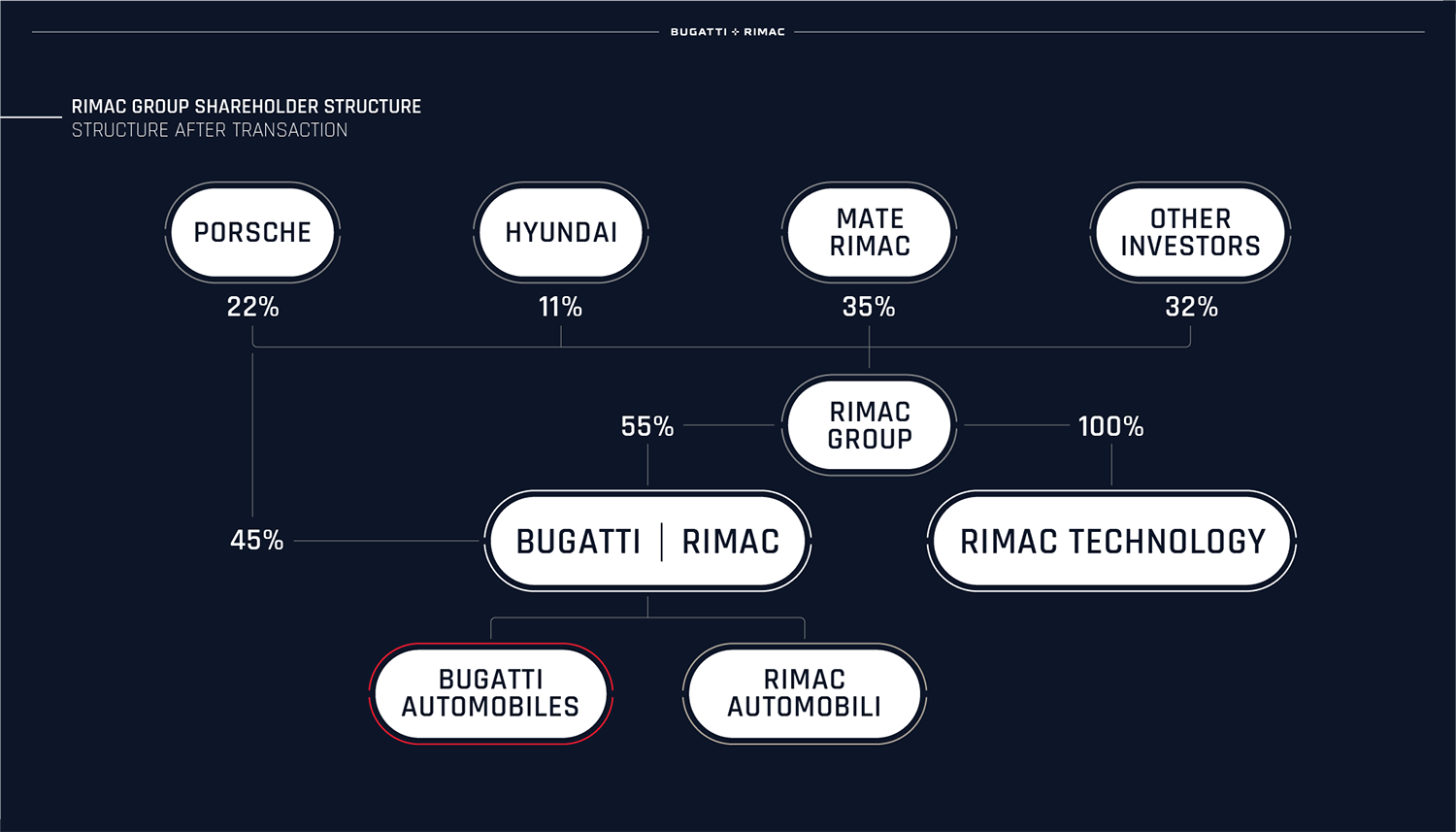 Both companies will continue to operate as unique brands and manufacturers, retaining their individual production facilities.

Christophe Piochan, former director general of Bugatti, has been appointed chief operating officer to guarantee the continuity of the brand, and Mate Rimac will lead the company as chief executive.

“I am honoured to be leading this new fusion of automotive minds and begin what will no doubt be a successful, revolutionary and exciting new chapter for everyone involved,” says Mate Rimac.

“I am also extremely curious to oversee the profound impact Bugatti Rimac will have on the industry, and I look forward to developing innovative new hypercars and technologies.”