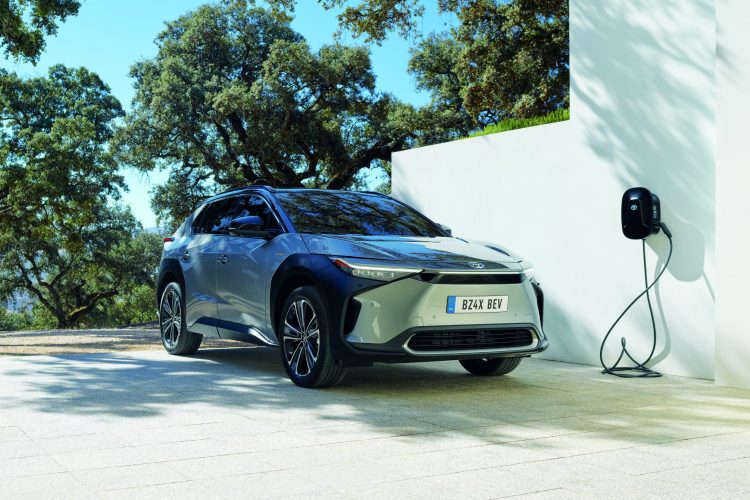 The SUV is the first model in a new series of bZ (beyond Zero) BEVs.

This is a sub-brand reflecting Toyota’s ambition to not only deliver on zero emissions, but also look ‘beyond’ this by committing to ever-better mobility for all. 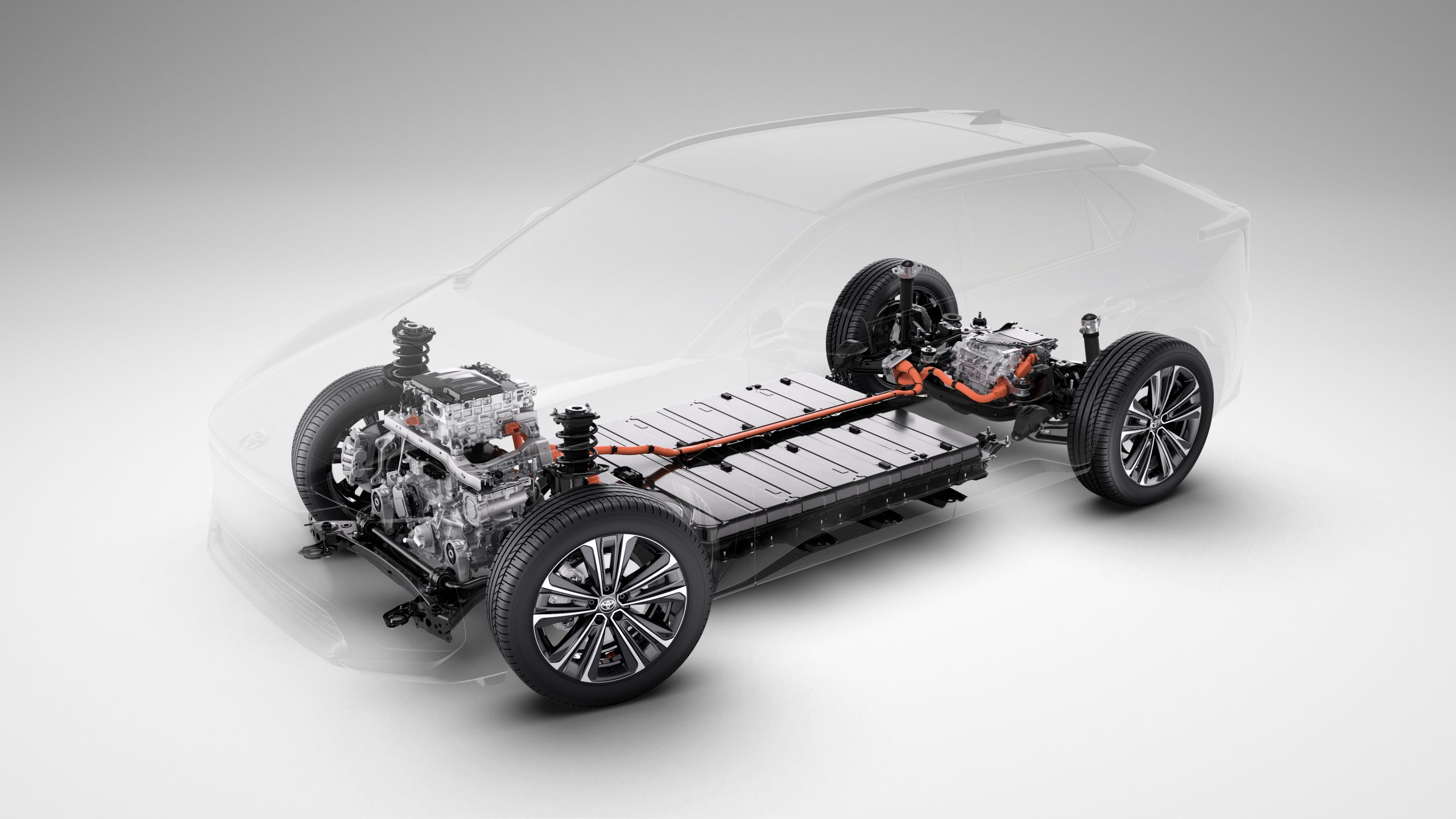 Following the concept disclosed earlier this year, it is the first car to be built on the Japanese company’s new e-TNGA battery electric platform.

Designed to be used for potential future bZ models, the slim battery unit is located beneath the vehicle floor, forming part of the chassis. Benefits of the platform include a low centre of gravity and excellent front and rear weight balance.

The battery has a 71.4kWh capacity, giving an expected range of up to 280-miles when fully charged. It also has a solar panel roof that helps charge the battery while driving or parked. After 10 years of driving the bZ4X, Toyota says it still expects the battery to operate at 90% of its original performance.

Another benefit of the new e-TNGA platform is that it has allowed the manufacturer to develop a steer-by-wire system dubbed One Motion Grip. Dispensing with the mechanical linkage between the steering wheel and the front wheels, this electronic system adjusts the tyre angle precisely according to the driver’s intention, and provides more legroom, improving driving position freedom and ease of entry and exit.

Available with a new all-wheel drive system, the SUV’s performance can generate a maximum power of 214.5bhp with 336Nm of torque, giving a top speed of 100mph and an acceleration from 0-62mph in 7.7 seconds.

In terms of design exterior, Toyota has given it “hammerhead” shark looks with signature slim headlights, describing it as “equally appropriate for modern urban life and the countryside”. 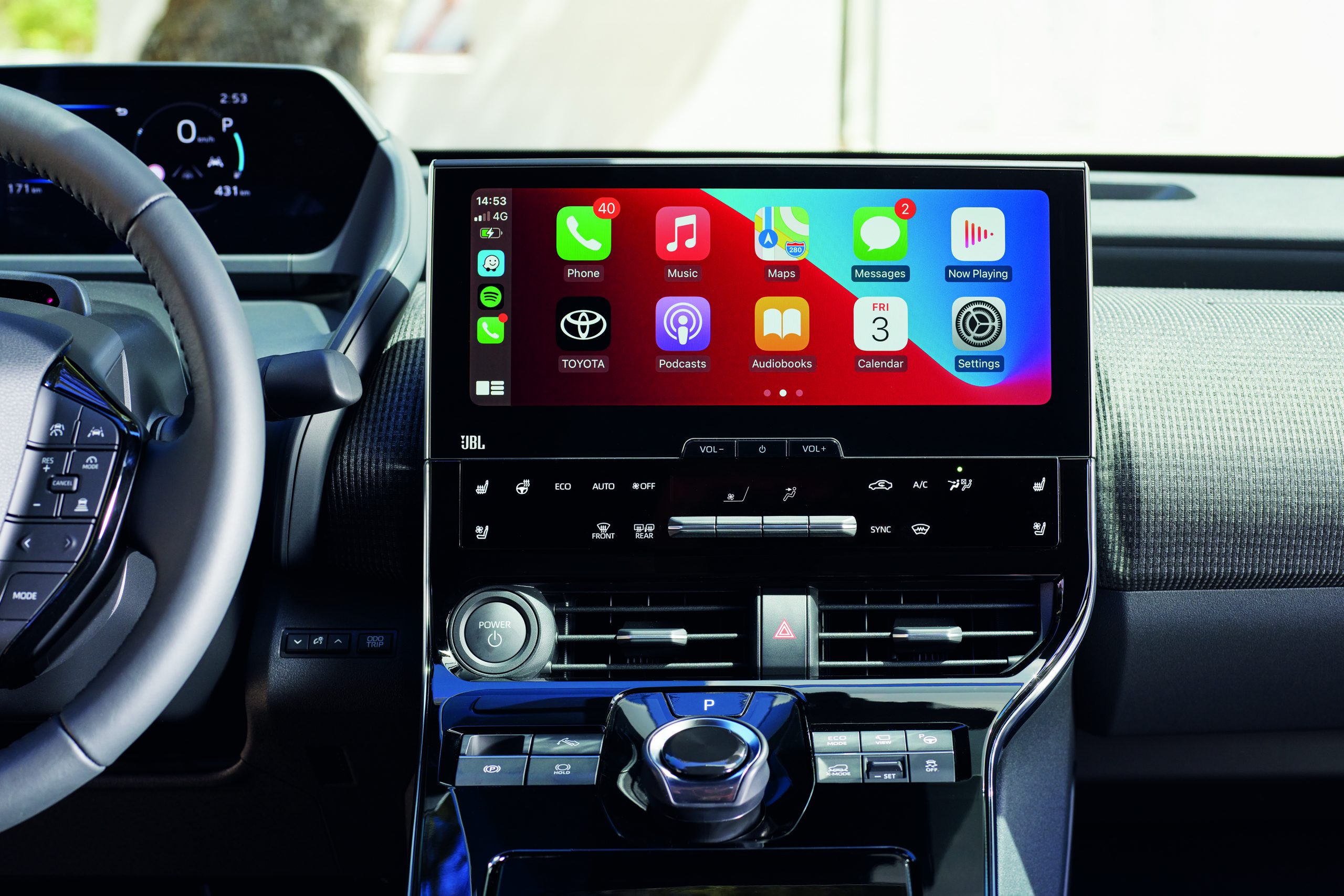 The theme for the interior is “lagom” which in Swedish means something that is “just right.” Toyota want to give the cabin the ambiance of a living room, so it focused on comfort and space, with soft textures and the option for a panoramic roof. The boot has up to 452 litres of storage. Additionally, there is a new multimedia system that can take over-the-air (OTA) software updates.

Customers can reserve a bZ4X on Toyota’s website from 15 December, following the car’s European premiere on 2 December. Prices are yet to be confirmed and deliveries will be scheduled for next year.