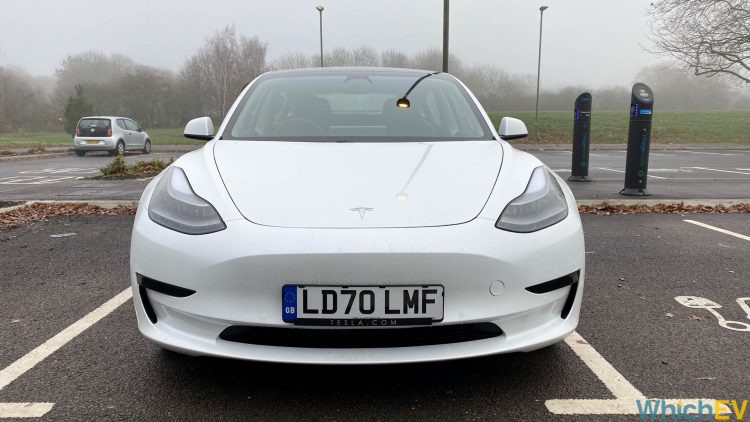 Tesla’s Model 3 came top of the European model rankings last month, which is the first time an electric car has done so, according to data from JATO dynamics.

Some 24,591 units were sold in September giving the American company a 2.6% market share. It is also the first time a vehicle manufactured outside of Europe has topped the rankings.

JATO says that the Model 3’s growth can partly be explained by the company’s intensive end-of-quarter sales push. “September has historically been a strong month for the US manufacturer's registration results in Europe, on average accounting for 68% of its third-quarter deliveries since 2018.”

The Model 3 outperformed established internal combustion engine models, including the Renault Clio and Dacia Sandero, which took the second and third spots respectively.

Tesla’s Model Y has also performed well since entering the European market, securing second position in the BEV rankings. Volkswagen’s ID.3 took the third spot with an almost identical number of sales to the previous period.

However, total new car registrations fell by 25% to just 964,800 units. Global Analyst Felipe Munoz from JATO Dynamics said: “Dealers continue to face issues with the availability of new cars due to the chip shortage. As a result, unwilling to wait more than a year for a new car, many consumers have turned to the used car market.”

Year-to-date figures of Europe’s 26 markets continues to outperform when compared with 2020, but the gap has narrowed.

By the end of the first half of the year, total registrations were 27% higher than in the same period in 2020, but this has now fallen to just 7%.

Mr Munoz commented: “This year, the industry has responded well to the pandemic, but it is now facing new supply chain challenges. The growing popularity of EVs is encouraging, but sales are not yet strong enough to offset the big declines seen across other segments.”

Data from JATO Dynamics also showed that more SUVs were sold than any other time in history, taking a 46.5% market share. These vehicles continue to sell due to the arrival of EV and plug-in hybrid alternatives, such as Tesla’s Model Y.

“If the trend continues, the roads of Europe could soon look similar to the US, where more than half of the new cars sold are SUVs,” said Felipe Munoz.

26% of car sales in December 2021 were electric, says New AutoMotive