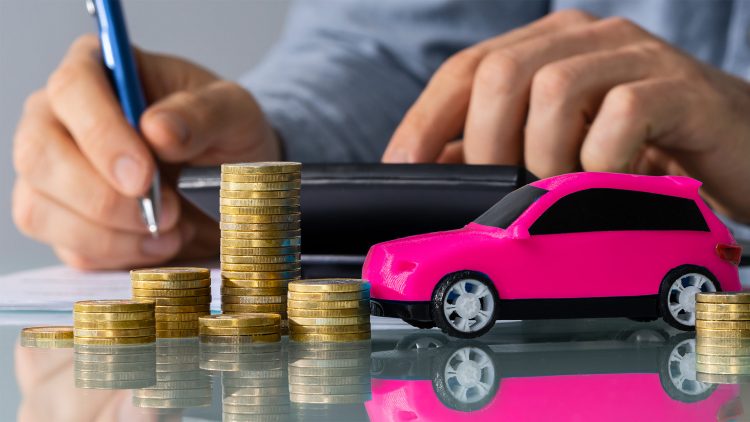 The high purchase price of electric cars is still one of the most often-cited reasons why people aren’t ready to make the switch from fossil fuel yet. But aside from the lower running costs, there are ways to make EV ownership much cheaper than it at first appears, and potentially cheaper than the equivalent petrol or diesel car. We have already discussed the benefits of buying an EV through your Ltd company, if you happen to own one. But that’s a small minority. If you’re an employee, your company has another option with limited risk for itself, and plenty of savings for you: salary sacrifice.

What is Salary Sacrifice?

In a nutshell, salary sacrifice is a scheme provided by a selection of car leasing companies, such as Octopus EV, which saves you money because you take your lease payments off your PAYE pay before it is taxed. However, the details are more complex than this, so we thought we would go through how the system works and why it can save so much money, even making an EV cheaper to own than an equivalent petrol or diesel car.

Salary sacrifice works because of the ownership laws and taxation regarding leasing electric vehicles. As we explained in our previous article about buying an EV through your Ltd company, when a company leases an electric car, the whole cost can be deducted as a business expense. The company essentially functions as a go-between, passing the lease cost on to the employee. The employee effectively pays the business lease amount to their employer, so the company doesn’t pay anything to provide the car to their employee, other than the time it takes to administer the deal. 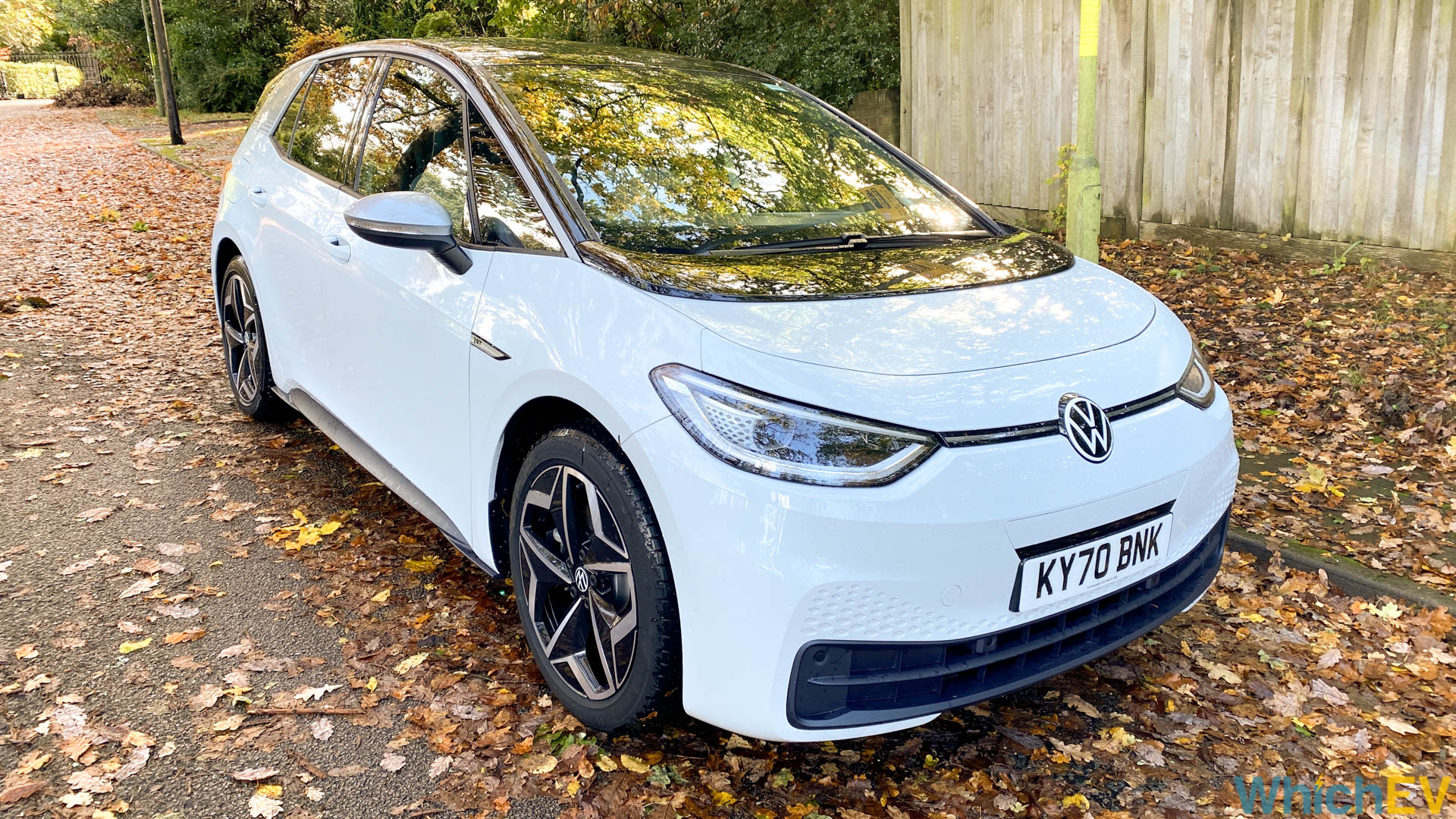 However, the company can take this payment by deducting the monthly cost from the employee’s salary before putting the sum through PAYE and deducting tax and national insurance. So the employee pays less tax, reducing the net cost to them of leasing the EV. This is similar to the way pension contributions are deductible before tax, so the gross payments are more than net.

For a standard 20% rate taxpayer, every £100 of monthly lease saves £20 in tax and £12 in National Insurance a month, although if you earn over £4,189 a month, you will only save £2 a month in National Insurance. Still, from the employee’s perspective, that turns a £100 a month lease into a £78 or even a £68 a month one, which is what can make an expensive-looking EV into an affordable one that is cheaper than equivalent ICE car. For 40% taxpayers, the savings are even greater. Someone in this bracket will only save 2% National Insurance, but 40% tax, so that £100 lease becomes £58 a month net.

At this point, you might be asking why you can’t save money on a petrol or diesel vehicle in this way. There’s no legal reason why you can’t salary sacrifice an ICE car, and some companies do offer this. However, the employee does also have to pay Benefit in Kind (BiK) for receiving the vehicle, which is classified as a company car, and BiK rates are much lower for EVs than other types of car. The BiK rate was zero for EVs in the last tax year, rose to 1% for 2021-22, and will be 2% for the years spanning from 2022 to 2025. The benefit is based on the original P11D list price of the car. For non-zero-emissions cars, however, BiK rates can reach as much as 37% for vehicles emitting over 170g/km of CO2.

For example, a Mercedes-Benz C200 SE has a P11D value of £34,075, and with an official CO2 rating of 153g/km pays 34% BiK in 2021-22. For a 20% taxpayer, receiving this vehicle as a company car would cost £193.09 a month, which would almost certainly negate any savings from taking this car through a salary sacrifice scheme, and probably make the car more expensive. For a 40% rate taxpayer, the monthly cost would be double – £386.18. The latter is almost as much as a monthly lease is likely to be on this car.

How much can you save?

In other words, there is little point doing salary sacrifice on a conventional ICE car. The more realistic comparison would be between personally leasing a petrol or diesel car versus taking an EV via a salary sacrifice scheme. Perhaps a concrete example would make this clearer. The Volkswagen ID.3 Life Pro Performance is an electric car with a retail price of £28,435 including the government plug-in grant, and a typical standalone lease would be £348.54. For comparison, let’s contrast this to leasing a petrol car with similar features to the ID.3. The closest one we could find was a Volkswagen Golf Mk8 1.5 TSI Life 5dr. This has a P11D Value of £23,875, so is nearly £5,000 cheaper to buy and a typical monthly lease would be £259.53 (price from leasing.com).

These figures are all for four years leasing with 8,000 miles per annum allowance. They don’t even factor in the savings you make from the fact that EVs are cheaper to run per mile in fuel terms than petrol cars, and the fact that the EV lease includes maintenance, tyres and beakdown cover. The Salary Sacrifice example, which is from OctopusEV’s Electric Dreams scheme, also includes a free home charger with installation1, and 8,000 miles of electricity for Octopus Energy customers2 or 5,000 miles on the Octopus Electric Juice network3.

Limited risks to your company

It’s worth noting that a salary sacrifice scheme is different to a typical company car. This will generally have been purchased outright by the employer. The best option for salary sacrifice, however, is Business Contract Hire. According to Jeff Whitcombe, a tax adviser: “Whilst there could be a couple of scenarios that logically could make taking a car through salary sacrifice a good option for company directors / shareholders, it normally makes more sense to use business contract hire especially given the types of cars these individuals are buying and the way their remuneration is normally structured.”

The risk is minimal for the employer, because if the employee leaves, the company won’t be left with a car and no employee to use it. The typical agreement with Octopus EV, for example, only includes a six-month early termination clause. So, for the ID.3 example above, the company only has a £1,988.28 exposure. With the Octopus EV Electric Dreams scheme, there is no initial rental either. A Business Contract Hire agreement means the car is never directly owned by the company and goes back to the lease company through which the Salary Sacrifice was organised at the end of the scheme. So there is no three- or four-year-old ex-company car to get rid of either, and no concerns regarding its residual value. Schemes can only take a few weeks to set up, with minimal affordability checks for the employee to complete prior to commencing.

Obviously, if the government decides to change the BiK rate to a much higher one for EVs after 2025, an EV Salary Sacrifice system might not be so attractive, but by then EVs are likely to be even closer in price or monthly leasing costs to petrol or diesel and could even be cheaper. For now, if you’re an employer with anything above a couple of salaried employees, or an employee looking for an affordable way to go electric, this is an incredibly attractive option. Employers can also offer a scheme as part of their package to attract new employees or retain existing ones. It can even show that a company is serious about helping out with national and global environmental goals. In the long run, that is perhaps the most important factor.

1 – For orders placed before 31st Dec 2021; Smart charger of our choice and assumes driver is eligible for the £350 Government Grant; Any additional work beyond a standard install by Octopus Energy. Services may be chargeable.

2 – Received in the form of credit to your Octopus Energy account when you switch to the Octopus Go tariff on delivery of your car. Please note that this is calculated based on charging your car during the off-peak window (at 5p kWh this is £100 of credit). Available on PCH, BCH and selected Salary Sacrifice deals. Octopus Electric Vehicles reserves the right to stop this promotion at any time. The calculation for the 8,000 free miles! On average it takes 1 kWh of energy to travel 4 miles. 8000 miles is therefore 2000 kWh of energy. On Octopus Go it's 5p per kWh during off peak charge time, hence it's £100 to use 2000 kWh of energy.