Octopus Energy customers can now top-up at more than 100,000 chargers 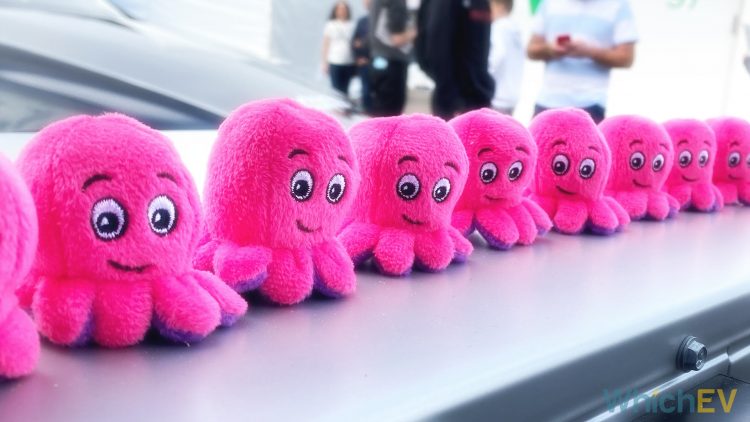 Range anxiety caused by EVs with small batteries has largely been replaced by concerns about where drivers can find a working charger that offers a sensible rate per kW. Charging your electric car on the road today often means having to use a plethora of different cards and apps, with usage spread across different emails, texts and bills. However, Octopus Energy customers can automatically link their bills and use a range of chargers under one ‘virtual network' banner, called Electric Juice. Today, the company has announced that there are now over 100,000 chargers available to Electric Juice members.

Launched in the summer of 2020, Electric Juice offers access to a range of physical networks – including Ionity, NewMotion, Osprey and many more. The rates charged are negotiated by Octopus to keep prices competitive.

After the announcement of a recent partnership with JustPark, the Electric Juice Network is now being made available to fleets looking to electrify their vehicles. This can happen either through partner networks or dedicated private charging stations that are normally situated less than five minutes walk from a driver's home.

Drivers of electric vehicles will now be able to pay with their Octopus Energy account across the participating charging networks, with all costs appearing on a single bill. As further networks are added to the roaming service, more locations will open up worldwide. Currently the EJN is active in over 25 different countries, including the UK, France, Germany, Italy and the Netherlands amongst others, and is even beginning to have coverage as far away as Malaysia and Morocco.

At Fully Charged 2021, Octopus had a full team available on its giant stand to explain how the Electric Juice Network can help reduce bills while increasing choice and accessibility.

Zoisa North-Bond, CEO of Electric Juice, said: “It’s a testament to the team behind it that the EJN has gone from 0 chargers to over 100,000 in just over a year since we launched. We’re over the moon to be able to share this milestone on World EV Day.”

“We already have a range of great partners on the network, but we’re always on the hunt for even more to join and help create better access to charging infrastructure, which in turn makes it easier for petrol car drivers to consider electric vehicles,” explained North-Bond. “Our EJN users can already do significant cross country road trips throughout Europe, and someday soon they might be able to travel by Electric Juice anywhere in the world.”

Standardising the charging experience, especially from a cost point of view, will be a big bonus when it comes to convincing millions of UK motorists to move from fossil-fuels to electricity.

Discovering how the Electric Juice network might help you and your EV is straightforward on this site.