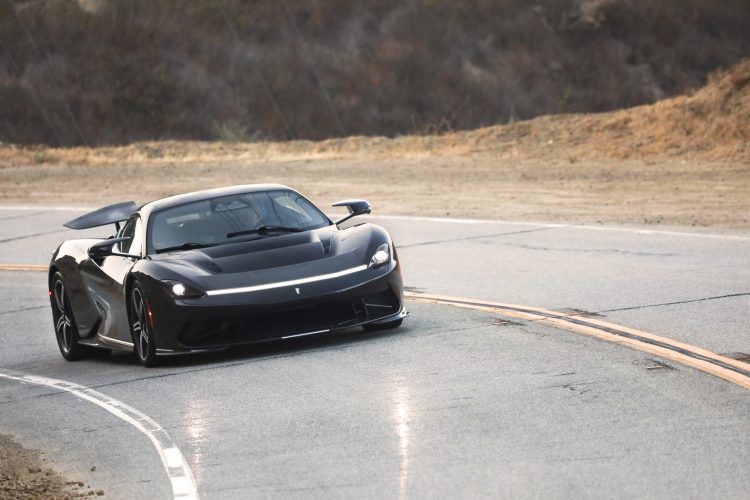 The pure-electric hyper GT Pininfarina Battista has finally made its debut in production form on the roads of California.

The debut, at the Monterey Car Week, of the production-spec Battista has given US clients a first chance to experience its 1,900 hp performance and to take in its striking Black Exposed Signature Carbon bodywork.

As WhichEV reported a few months ago in an exclusive preview, the hypercar is faster than a current Formula 1 race car, with a 0-100 km/h sub-two second sprint, thanks to 1,900 hp and 2,300 Nm torque. 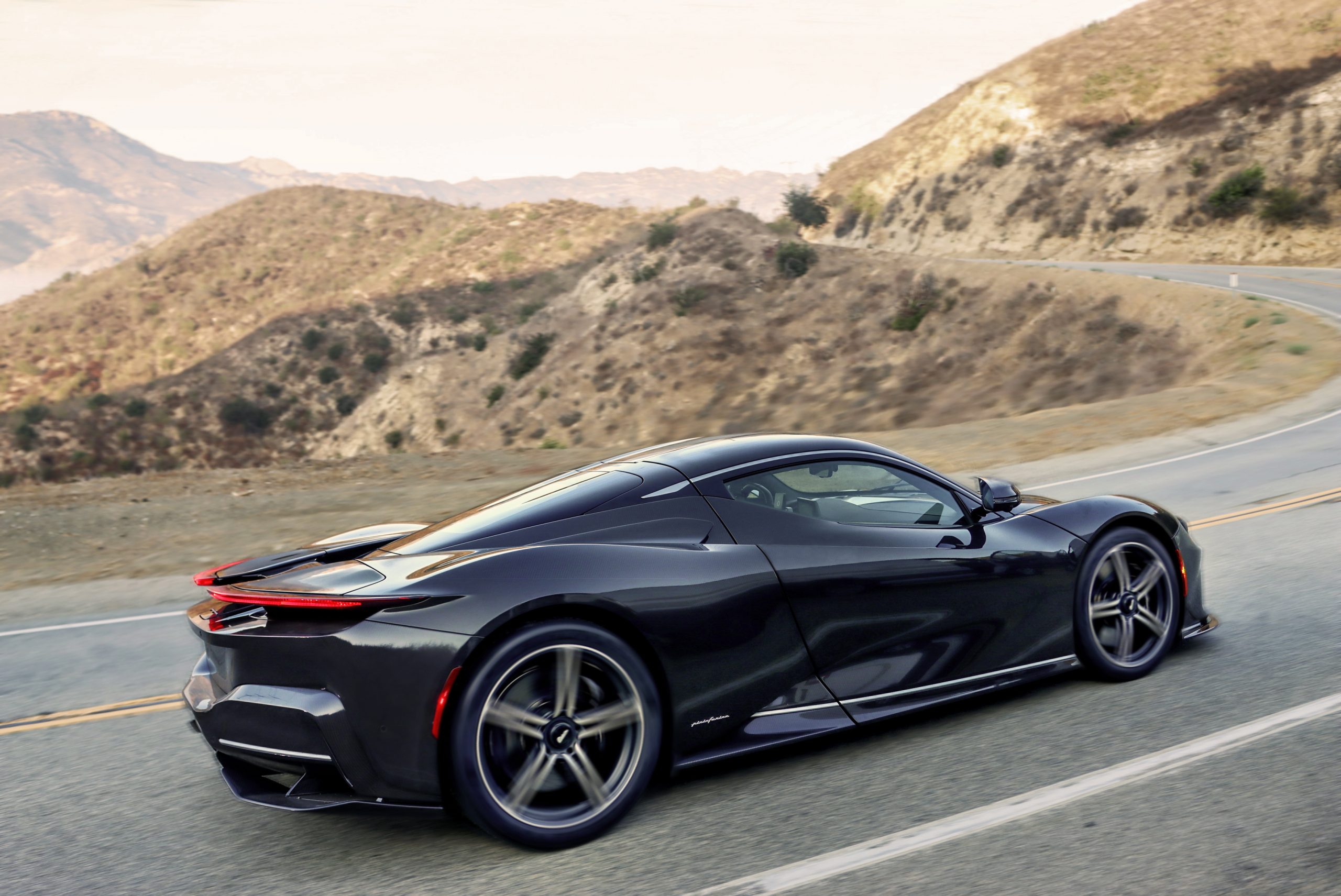 The Pininfarina is supported by a 120-kWh battery that provides power to four electric motors – one at each wheel – with an anticipated WLTP range of over 500 km (310 miles) on a single charge.

Paolo Dellachà, Chief Product and Engineering Officer at Automobili Pininfarina has explained that the debut of the hyper GT represents the start of the company’s future.

“The Battista will provide a thrilling all-round experience on road and track – in the city and on the open road,” he said. “To see the first production-intent example of our pure-electric hyper GT on the highways of California signals the beginning of an exciting new chapter in its development.”

The arrival of the first production-specification vehicle also gives clients a chance to hear the Battista for the first time, showcasing the unique soundscape that is currently in development for the world’s first pure-electric hyper GT.

Following Automobili Pininfarina’s ‘Pure Sound’ philosophy, the soundscape has a core frequency of 54 Hz, an organic frequency that is a multiple of 432 Hz – known as ‘Verdi’s A,' conceived by famous Italian composer Giuseppe Verdi. The distinctive aural signature is tailored for the most powerful road-legal Italian sports car ever produced, according to René Wollmann, Product Platform Director Sports Cars, Automobili Pininfarina.

“Every driver has an emotional bond with a car and the sound of Battista will nurture this connection, not by replicating a familiar car sound, but with one that radiates the beauty of Battista’s design both inside and out,” he said. “This way, the Battista will not only impress with its aesthetic appeal and performance, but also on a new emotional level enhanced through the sound.” 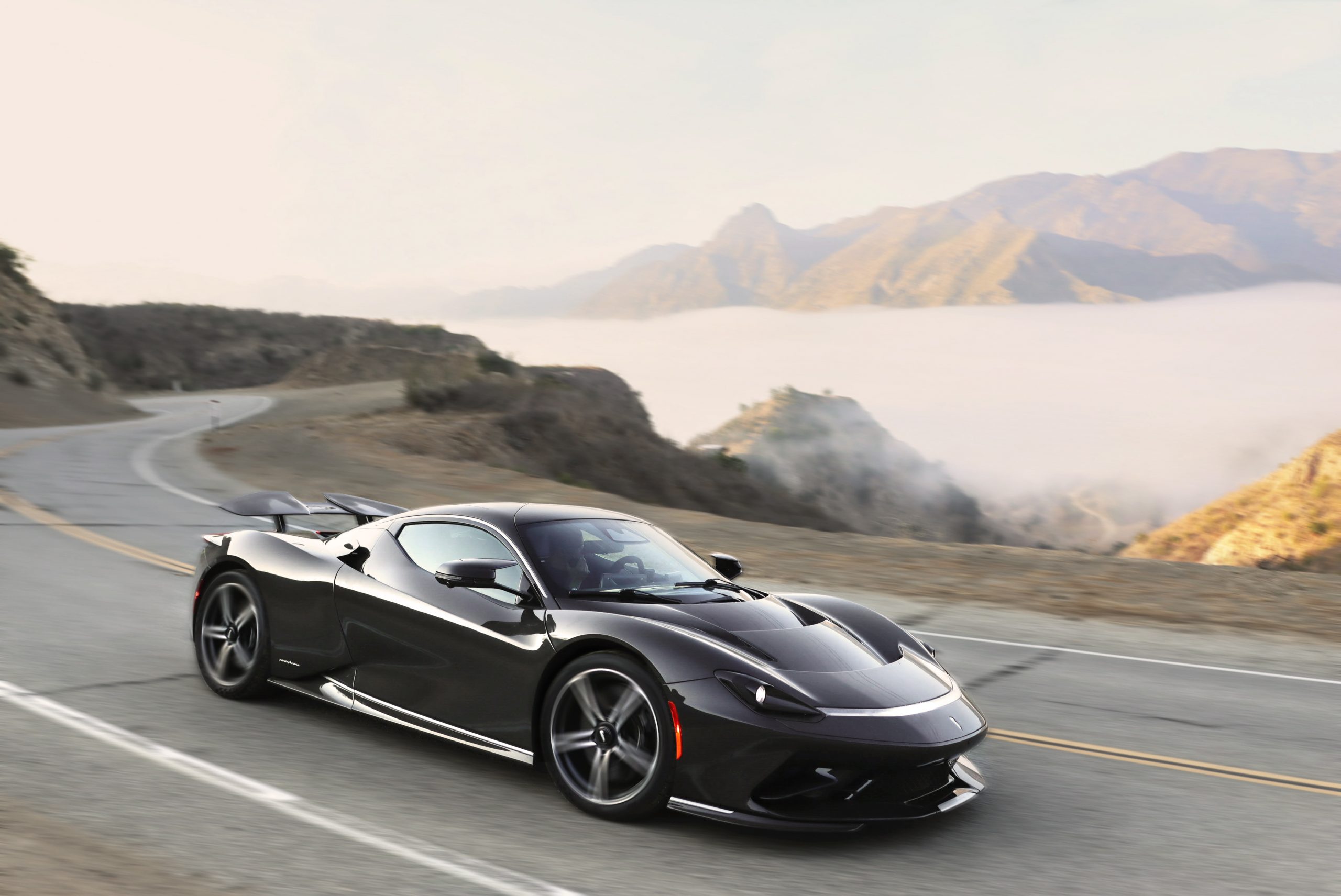 The Automobili Pininfarina Battista is named after Battista ‘Pinin’ Farina, the founder of the Carrozzeria Pininfarina coachbuilding company, which he established in 1930. The hyper GT is the realisation of Battista’s dream to see a car produced wearing the Pininfarina name with the first vehicles due to be delivered to customers later this year.