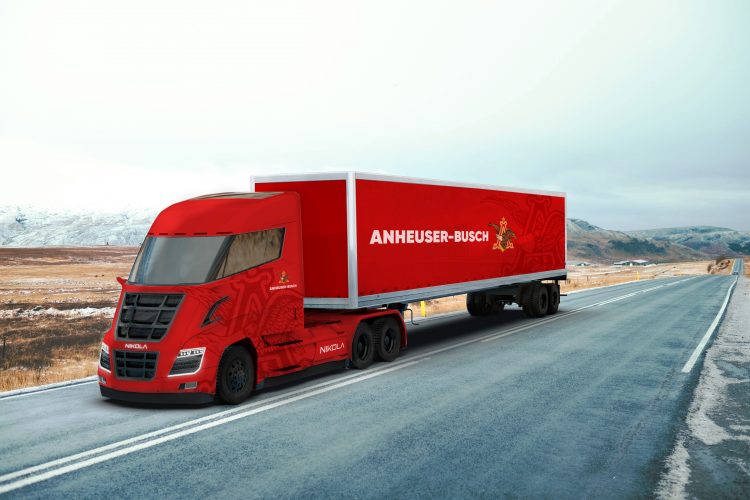 Former Nikola CEO Trevor Milton has been criminally charged with defrauding investors by lying to them about the electric- and hydrogen-powered truck maker.

Milton is accused of having “brazenly and repeatedly used social media, and appearances and interviews on television, podcasts, and in print, to make false and misleading claims about the status of Nikola's trucks and technology”, according to the US Attorney for the Southern District of New York Audrey Strauss.

Milton, who faces two counts of securities fraud and one count of wire fraud over statements he made from November 2019 to September 2020, can be easily considered the greatest fraudster in the history of the automotive industry.

The former CEO helped Nikola reach a public value of over $30 billion in 2020 and convince one of the biggest global manufacturers to invest in it, with a series of intricated lies and elaborated deceptions, and without ever manufacturing a single EV or even owning any proprietary technology.

Milton seized the moment created by the sudden surge of Tesla and the increasing uneasiness of traditional manufacturers for the need to compete in the electric vehicle market to emerge as the ‘next Elon Musk’.

He firstly claimed that his company was capable of creating inexpensive hydrogen and that Nikola had engineered “the holy grail of the trucking industry”. He later on also stated that his Phoenix-based manufacturer owned a revolutionary battery technology – neither of the claims have been found to be true. 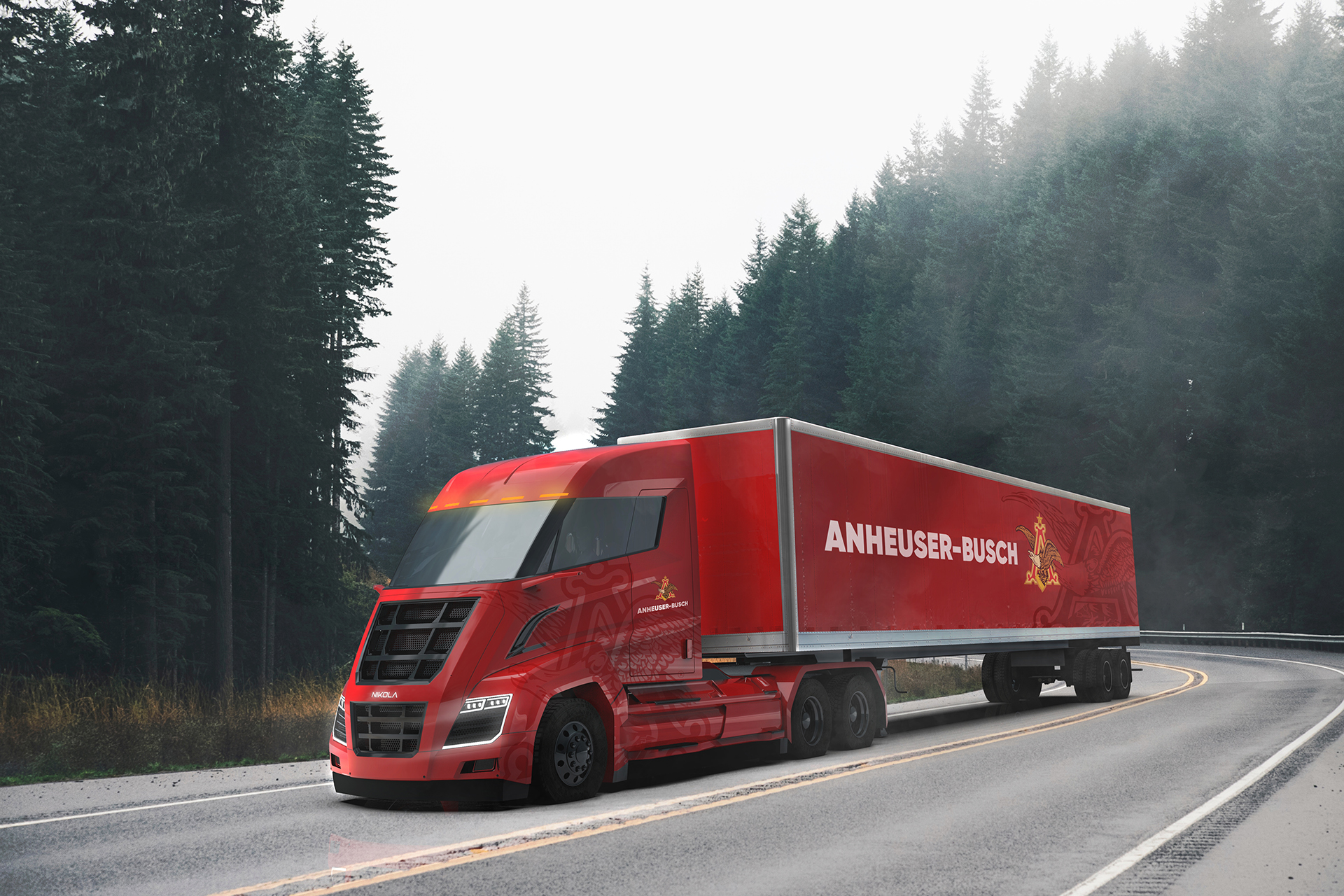 Looking back at the house of cards that Milton carefully created, multiple red flags have been evident through the years that make his fraud the perfect script for a movie, as it is borderline surreal.

Milton’s past, before founding Nikola, is studded with a series of failed businesses and shady deals that alone should have raised some eyebrows. However, the EV company can be considered his greatest play.

Nikola, which was founded in 2014, stayed under the radar until it shot up to fame in 2016, when it presented the Nikola One. In a press release the company said that its innovative product will “haul 80,000 pounds for more than 1,000 miles and do it without stopping” and require “only 15 minutes of downtime before heading out for the next 1,000 miles”.

The One was advertised as the truck that would revolutionise the whole industry thanks to its zero-emission hydrogen technology. The company went on to unveil a ‘fully-functional concept’ and later also released a video of the truck moving, seemingly paving the way to a bright future.

Unfortunately, the reality was that the bespoke technology did not exist, and that video was a very elaborated lie to con viewers and future investors.

Milton, during the presentation, stated multiple times that the truck was “fully functioning” and that it was “real and not a pusher”. However, multiple reports later found out that the Nikola One contained a turbine designed for natural gas and no hydrogen technology whatsoever.

Also, the truck was the completely opposite of a fully functioning vehicle as reports indicate that the vehicle not only wasn’t drivable, but it also could not power itself. The e-axles were installed empty without motor cores or gears on the vehicle’s body.

Almost a year and half later, in 2018, the company wanted to silence doubters with a video of the vehicle in motion, which it released on Twitter. However, later investigations found that that the magical truck was another elaborate scam as the video was simply the result of Nikola towing the truck to the top of a hill and rolling it down.

Milton used a road in the desert of Utah that had a 3% slope incline and was long enough to allow the motorless vehicle to pick up speed and give a false sense of flawless motion. However, for the way the video was shot, it is impossible to have any perception that the One is rolling down a hill.

The game-changer truck was fake but also it was the other selling point that made Nikola a very intriguing company, which is the capability of producing cheap hydrogen. Milton said that his truck would be highly popular thanks to the array of hydrogen stations that they were going to build across the state and the incredibly lower price that they would offer.

Milton said that 1,000 kilograms of hydrogen a day were produced on site at his Phoenix headquarters at a mere price of $3/kg, where the average market price is $16/kg. That would be an achievement of huge magnitude as it would be 82 percent cheaper than the next rival. 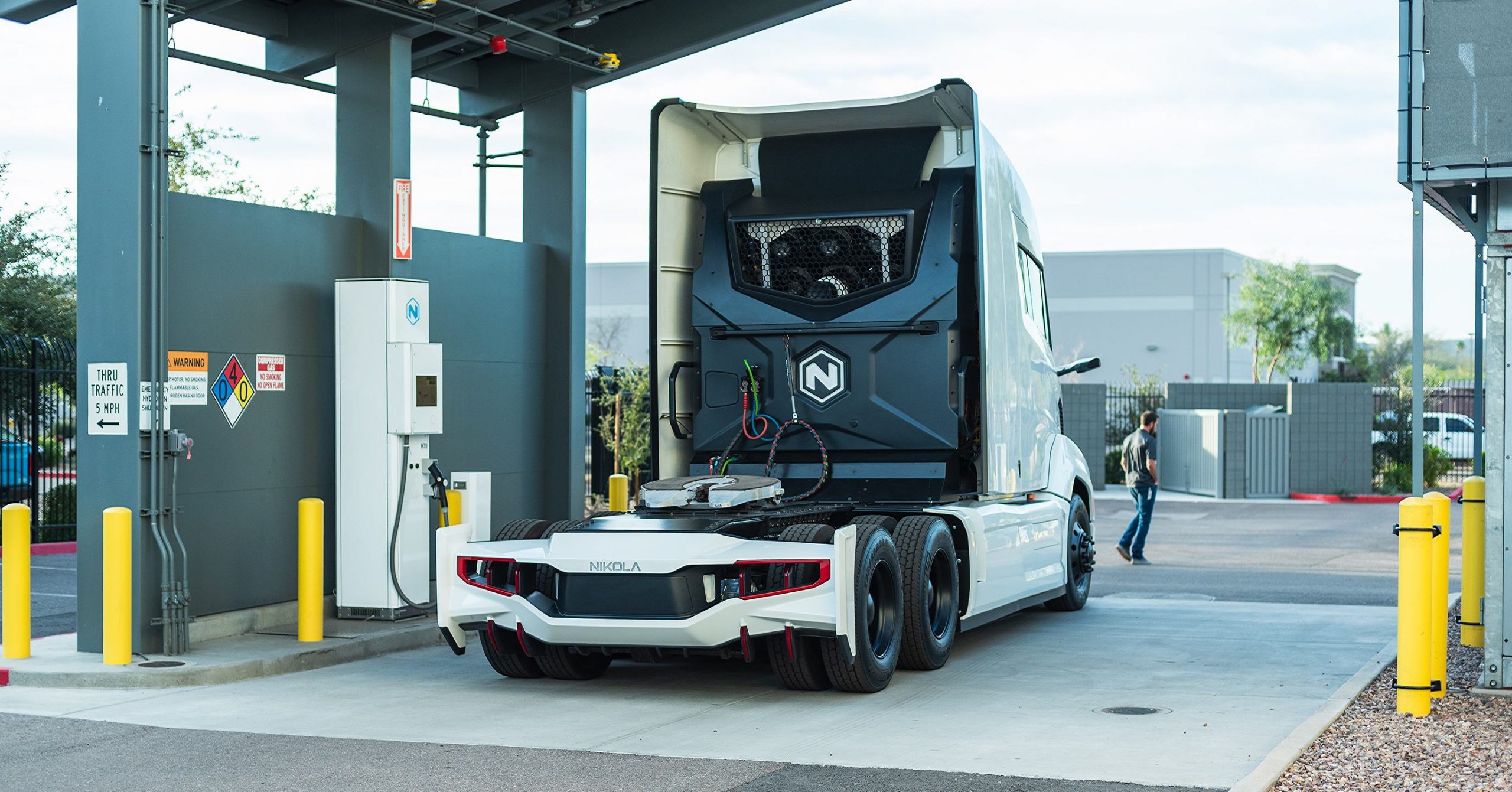 When asked about the secret recipe for this incredible price reduction, Milton said that it was all due to the standardization of hydrogen stations. Later reports went on to investigate who oversaw this incredible result and it was found that Milton’s brother Travis was the director of this infrastructure. The discovery made the result even more astonishing given the fact that Travis had no experience in that field, having worked as a construction worker laying down concrete in Hawaii for over 10 years.

Months later Milton made a U-turn and went on to say that the headquarters hydrogen plant was not finished yet and that in a future it could potentially produce as much as 1,000kg per day.

Also, the incredible battery technology that he said would be “worth hundreds of billions,” and claimed he had seen perform with his own eyes, had some major issues as it was only vapourware and the company selling it had overstated the capabilities – sounds familiar, doesn’t it?

Nevertheless, he went on to talk about this incredible technology for months even though it technically did not even exist. Milton would later change his version and say that project was actually “tied to a university that had developed the technology.” Later investigation would find no record of such licensing deal with any university.

When Nikola went public, and its stock started to rise thanks to these lies, another factor emerged that made investors question the truthfulness of some of the statements of the company. Although Milton has said since founding the company that all components were made in-house and that Nikola owned this vast proprietary technology, the facts never supported this fantasy. As a matter of fact, Nikola had a history of making quiet deals with third-party companies for their components and then claiming that they have been built by Milton’s team.

Despite the fact the company had no real truck, no hydrogen and no battery technology, its stock kept rising until it attracted the attentions of General Motors. One of the oldest and most important manufacturers in the history of the Unite states decided to enter into a multi-billion dollars partnership.

In the $2 billion deal, GM got 11% ownership of Nikola and would produce Nikola’s wild fuel cell pickup truck by the end of 2022. The news was an incredible moment for Nikola as the validation of one of the most respected manufacturers in the business made the company’s stock soar through the roof, making Nikola the hottest EV manufacturer overnight.

However, Nikola like Icarus flew way too close to the sun and burnt itself. A couple of days after the deal was announced, the Hindenburg report came out highlighting all the lies that Milton had said, which started a serious Domino effect. In the months after the US Securities and Exchange Commission (SEC) opened a fraud inquiry, Milton was basically forced to resign from his CEO role and the stock started to free fall. 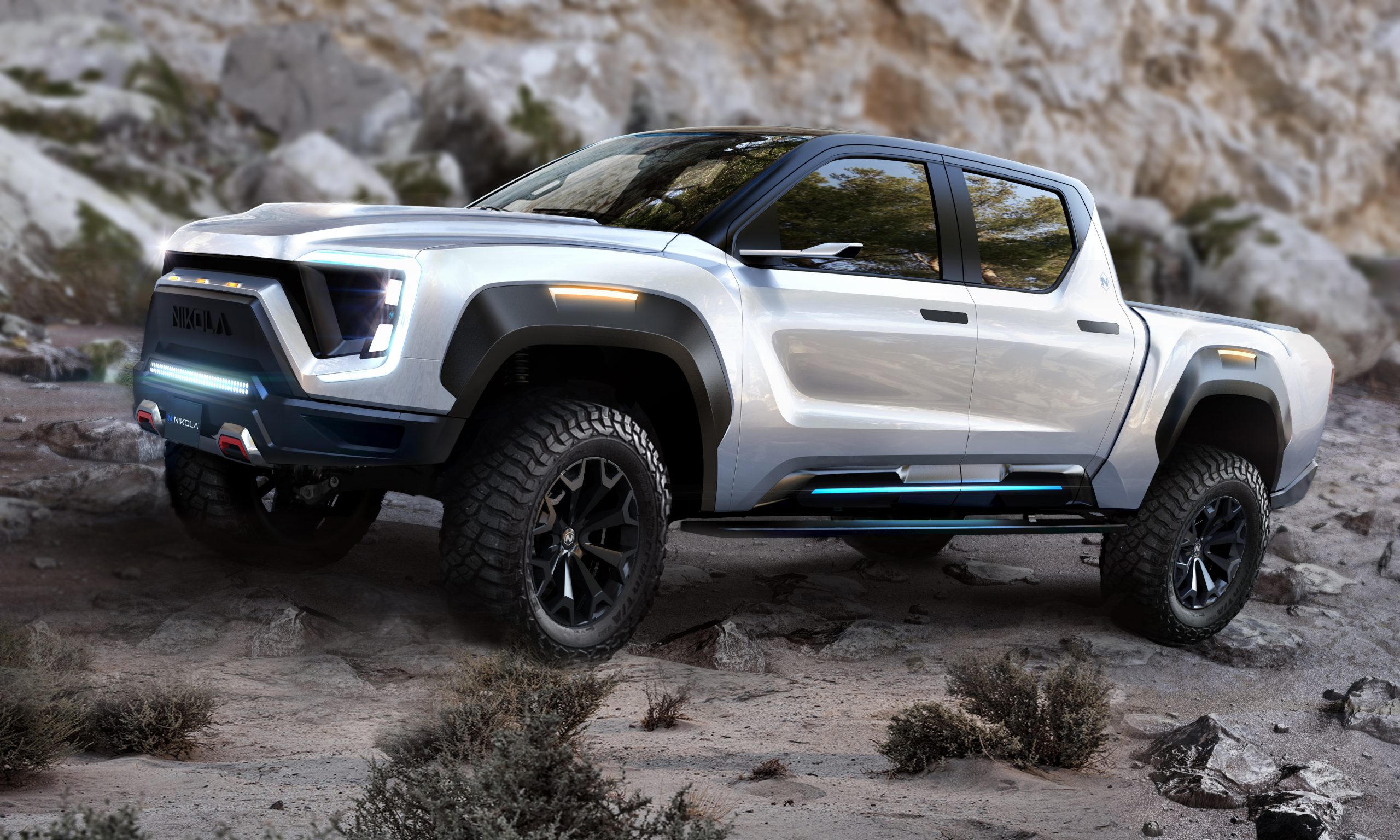 GM smelled burning and in a massive blow to Nikola, it revised the agreement. Nikola will still use GM’s hydrogen technology in its planned range of commercial lorries and the two firms will “discuss” the use of GM’s batteries in those vehicles. But GM will no longer take an equity stake in Nikola and the deal does not include development of the electric pickup Badger. Basically, GM went from being partner to a mere supplier, which further accelerated the fall of Nikola’s stock.

The future is now uncertain for the company. With a new CEO, Nikola is supposedly concentrating on delivering the hydrogen truck that was promised years ago but it is still too early to know if that will ever happen.

Meanwhile, Trevor Milton is facing the consequences of his words as the US Attorney for the Southern District of New York Audrey Strauss clearly said: “we charge that Milton engaged in a scheme to enrich himself by making false and misleading statements to investors” and that “in order to drive investor demand for Nikola's stock, Milton lied about nearly every aspect of the business”.

Milton has denied all the accusations and said there was no fraud and vowed to fight in court.