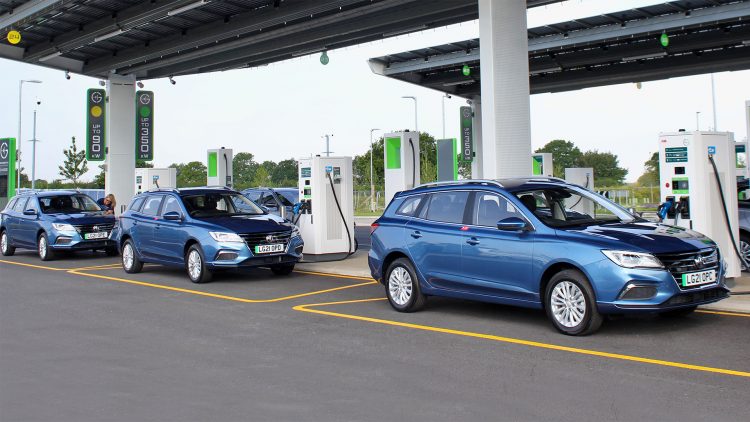 While electric cars are fun to drive and can save a small fortune in fuel fees, congestion charges and servicing costs – the lack of a solid nationwide network of chargers continues to be a major factor in preventing drivers from making the switch. The Government's Competition and Markets Authority (CMA) has now committed to a plan that aims to ensure a national network of electric vehicle chargepoints is in place – ahead of the 2030 ban on the sale of new petrol and diesel cars. WhichEV digs a little deeper into the claims and aspirations.

Like many of our readers, WhichEV is active on social media and the various online communities that provide help and information for those new to electric vehicles. As the price of EVs continues to fall and battery capacities increase, we're seeing a lessening of worries about costs and range. In their place, there has been a continuous increase in concerns about the charger network itself. Companies like Zap-Map have done a great job in creating an easy to use app where locations are combined with user-feedback, to allow drivers to decide which destination is most likely to yield the kilowatts they desperately need for their journey.

Access to chargepoints is best described as a ‘postcode lottery', where your geographic location directly impacts your ability to recharge when you need to. This is clear to see when comparing the Home Nations:-

So what should we, as EV drivers, be looking for?

Well, charging an EV should be as simple as filling up with petrol or diesel vehicle:-

The UK has around 25,000 chargepoints currently and, while there is still uncertainty, forecasts suggest more than 10 times this amount will be needed by 2030.

Andrea Coscelli, Chief Executive of the CMA, said: “Electric vehicles play a critical role in meeting Net Zero but the challenges with creating an entirely new charging network should not be underestimated. Some areas of the roll-out are going well and the UK’s network is growing – but it’s clear that other parts, like charging at motorway service stations and on-street, have much bigger hurdles to overcome.”

“There needs to be action now to address the postcode lottery in electric vehicle charging as we approach the ban on sales of new petrol and diesel cars by 2030″, he explained.

“Our recommendations will promote strong competition, encourage more investment, and build people’s trust, both now and in the future. The CMA has also opened a competition law investigation into EV charging along motorways and will continue to work with government and the industry to help ensure electric vehicle charging is a success.”

Following that statement from its CEO, the CMA’s key recommendations are that:-

This will create uncertainty for organisations with existing/long-term exclusive arrangements – specifically Electric Highway with MOTO, Roadchef and Extra.

The CMA is concerned that these arrangements make it difficult for other operators to provide competing chargepoints at motorway service stations. This could result in drivers losing out on the benefits of competition such as greater provision, more choice, competitive prices and reliable, high-quality chargepoints.

The reason why we've seen a recent rush to fix loads of broken/poorly services chargers across the motorway network is now clear. London Gateway, for example, is the first major M1 service station out of the capital and the last one for visitors coming in. The four Electric Highway chargers we've seen there appear to have been completely broken for months.

There are BP, Shell and other petrol stations strewn across the motorway network – surely it makes sense for them to develop a network as they reposition themselves as ‘renewable energy' corporations?

One company looking to lead by example is InstaVolt. Its CEO, Adrian Keen, said “We need bold action to ensure the UK meets its 2030 ICE phase-out target. The CMA has said that public charging infrastructure must be improved by 2030 as a matter of urgency, and this follows hot on the heels of the SMMT's claims that 2.3 million charge points need to be set up in the next decade to ensure the UK can successfully transition to a net zero economy.”

That's a lot of opportunity for charger manufacturers, installers and energy suppliers.

Keen adds: “We recognise the urgent need to address charge point disparities in the UK, but we must get the balance right between Government intervention and allowing the private sector to continue the incredible work that has been underway these past three years where we have seen the quality of the networks improve greatly. It is up to businesses in the charging network sector to ramp up efforts to meet the government’s targets through growth, innovation and creativity.”

“Back in March this year, InstaVolt documented its record number of charging activations, installing an additional 62 rapid chargers throughout the UK in just one month, and we are committed to continuing this expansion rate, with plans for 5,000 chargers to be installed by 2025″, Keen confirmed. “Our strategy is for nationwide growth to ensure all areas of the country have access to reliable charging, not simply targeting highly populated, affluent and roadside locations. This is key to giving drivers the confidence they need to switch to EV and ensure we can remain on track with our 2030 targets.”

If you find yourself with an enormous appetite for more information about the report, then you can read through the 117 pages yourself over here.

You can also learn more about Net Zero here.