June has been another great month for greener vehicles and in particular for Tesla.

According to the data from the Society of Motor Manufacturers and Traders, battery electric (BEVs) and plug-in hybrid vehicles (PHEVs) accounted for 17.2% of the new vehicles hitting the road (31,981 units). 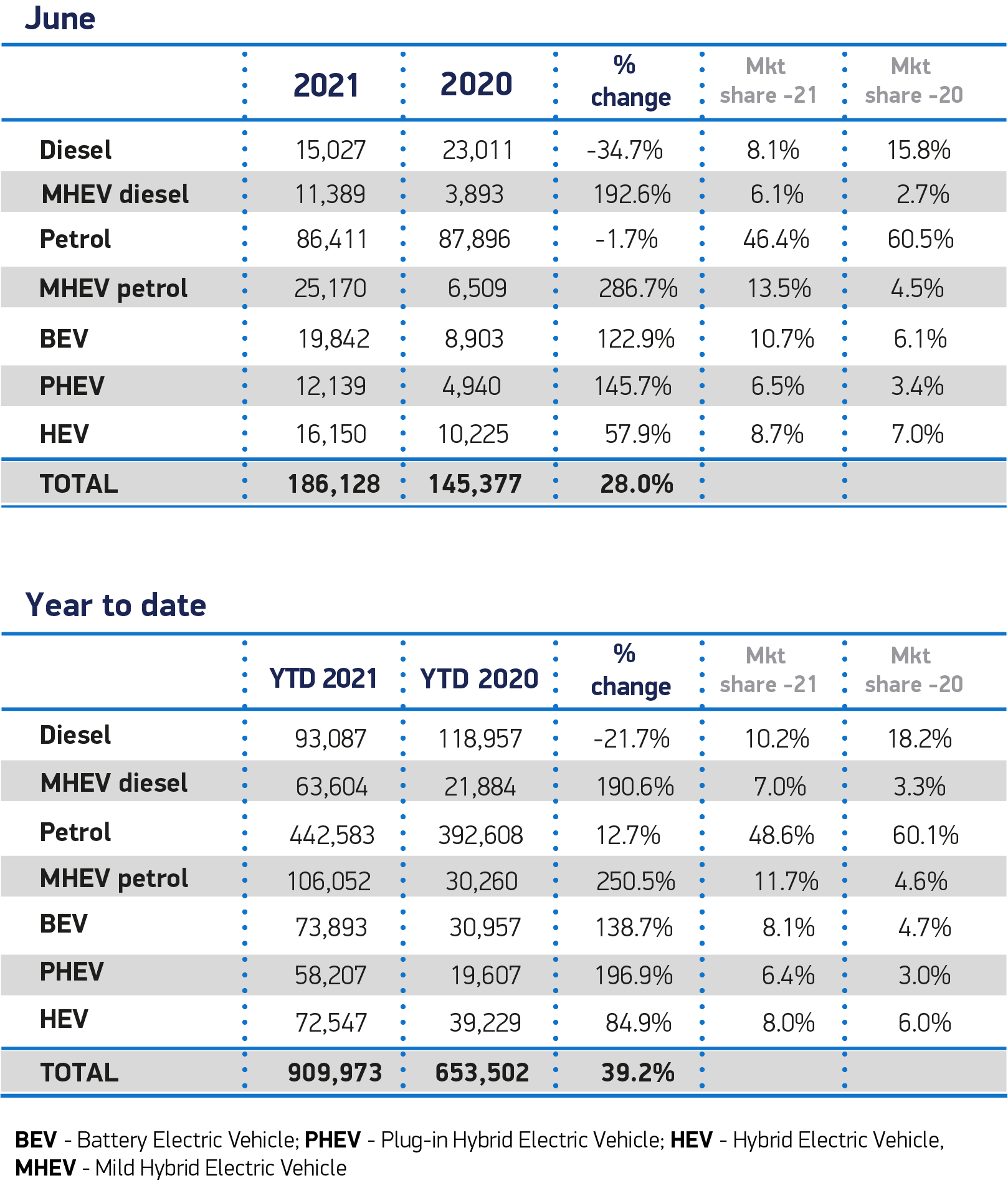 Hybrid vehicles have also had a positive month with an increase in registration of 57.9% compared to last year. The overall market share for the category is now at 8.7% compared to 7.0% from 2020.

Overall, new car registrations in June grew 28.0% year-on-year to 186,128, according to the SMMT’s latest figures. Both Petrol and Diesel have seen their market share decrease following a tough month. Diesel has seen a negative trend with -34.7%, which has reduced its overall market share from 15.8% of last year to a mere 8.1% in 2021 – below that of BEVs.

Petrol has also seen a -1.7% reduction of new registrations and its market share is now 46.4%, which is a massive reduction from last year’s 60.5%.

As electric vehicles are increasingly becoming more popular, the Tesla Model 3 has managed to become the most sold vehicle in the UK in June with 5,468 units, beating all petrol and diesel competitors. The Tesla is the only model to have sold more than 5,000 units last month, truly dominating the market.

Mike Hawes, SMMT Chief Executive, has explained that with restrictions easing, the market might return to pre-pandemic levels.

“With the end of domestic restrictions later this month looking more likely, business and consumer optimism should improve further, fuelling increased spending, especially as the industry looks towards September and advanced orders for the next plate change,” he said.