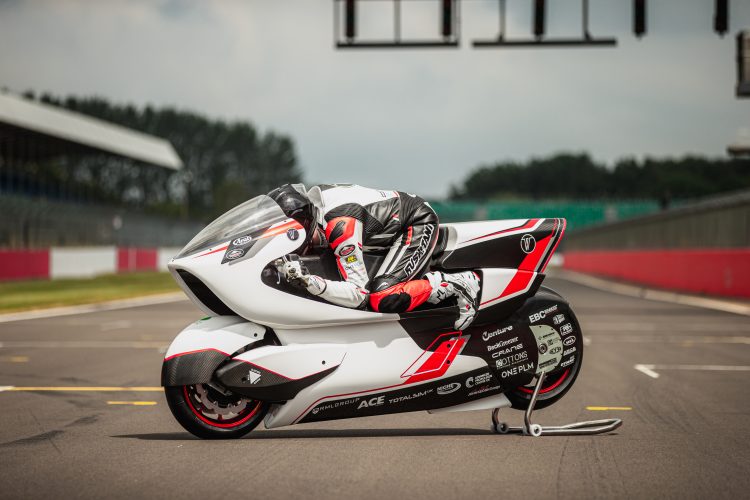 British company White Motorcycle Concepts says that its new hydraulically hub-steered electric motorcycle will be able to reach the unbelievable speed of 250 mph.

The company says the WMC250EV should be capable of reaching the 250mph (402 km/h) wall thanks to a massive 69 percent reduction in drag. 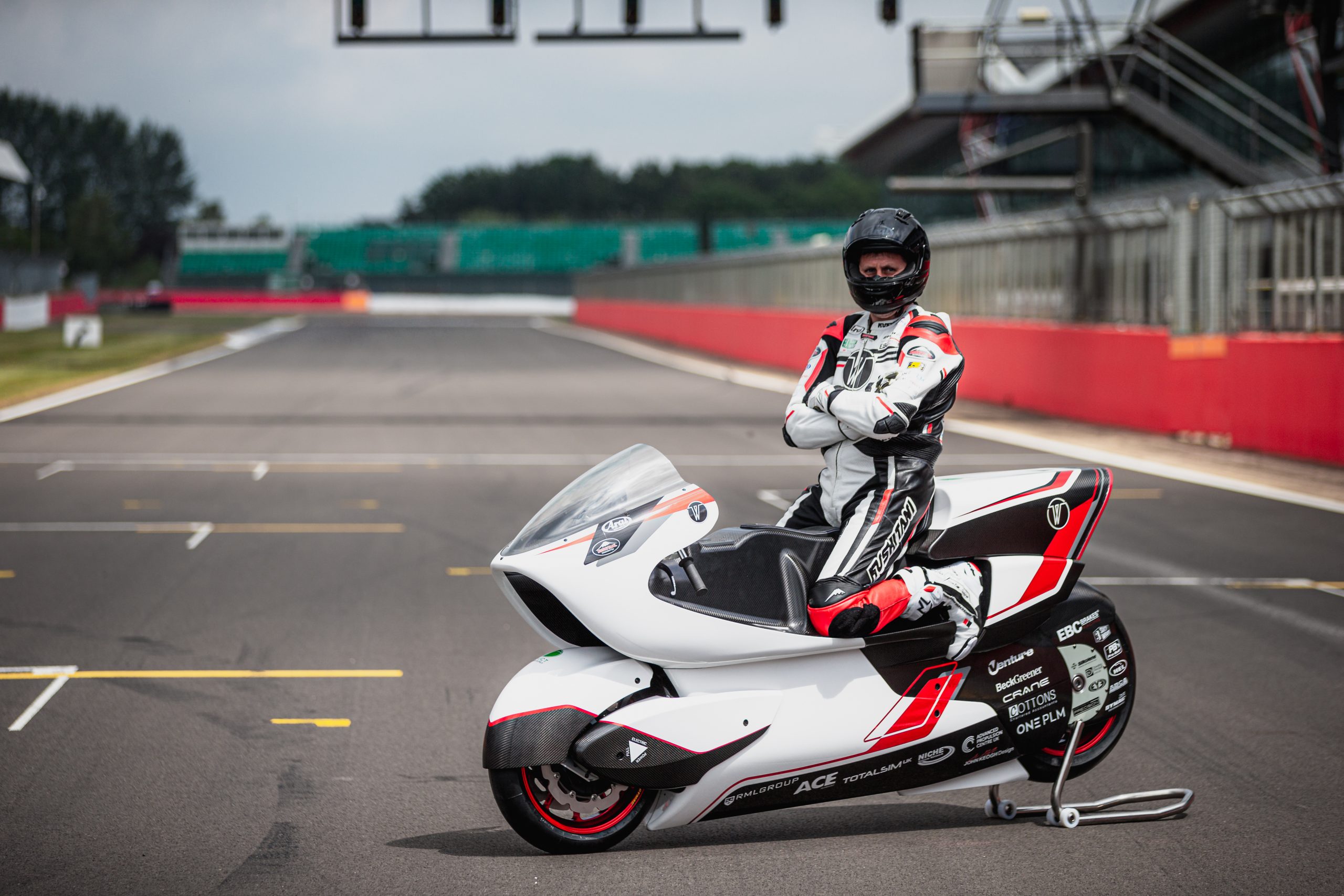 The WMC250EV has been specifically designed around its rider Rob White. The team laser-scanned White's leather-and-helmet-clad body in an extreme racing crouch and designed the bike's bodywork such that it matches his personal contours almost to the millimetre.

The entire bike is designed around a cavernous carbon tunnel that punches a huge hole in the bike's frontal aerodynamic profile right where a headlight would normally sit. WMC has tested this bike at the Horiba MIRA facility near Hinckley, and says the concept has an incredible drag coefficient of just 0.118.

In order to run the huge hole through the middle, WMC bike had to put the electric drivetrain and battery packs under the tunnel.

The design uses a double-swingarm suspension system. The rear wheel is chain-driven by a pair of 30 kW electric motors integrated into the swingarm.

The front wheel is hub-steered using a hydraulic system that completely replaces the mechanical linkages you'll normally find between the handlebars and front axle on a hub-steered bike. 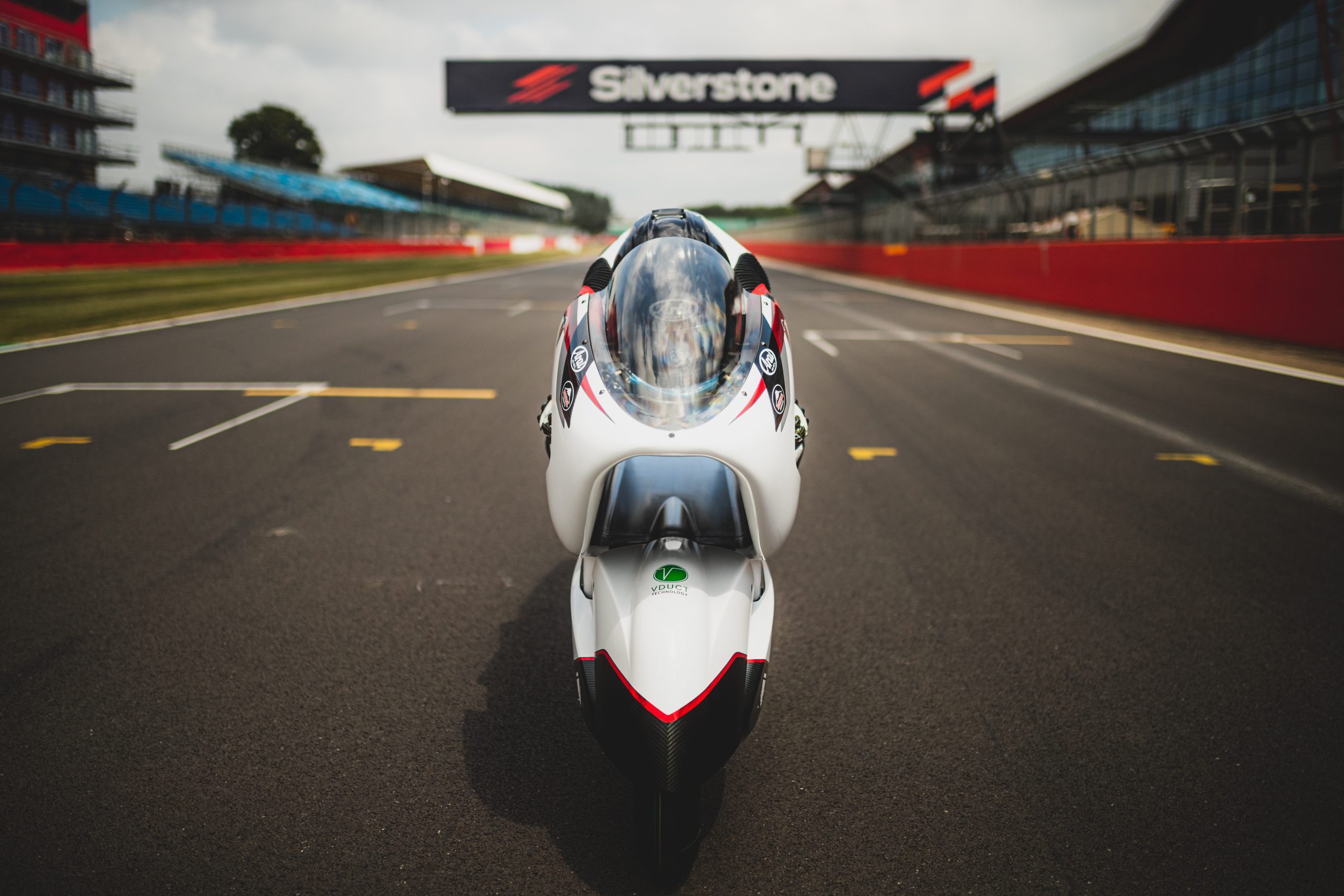 Most hub-steered front wheels are complex units because they need to fit both steering and braking into the picture. However, this bike is not only two-wheel-drive, but it also has two-wheel regenerative braking. In fact, the team added an extra 20 kW electric motor on each side.

The battery on this bike will be a reasonably humble 15 kWh pack with a total peak power of 100 kW (134 horsepower), and according to Rob White it will be enough power to reach the land speed record.

“We've produced the most aerodynamically efficient motorcycle in the world,” says White. “If it's going to be proven, then the best way to do it is to go as fast as possible. We will be taking a world land speed record.” 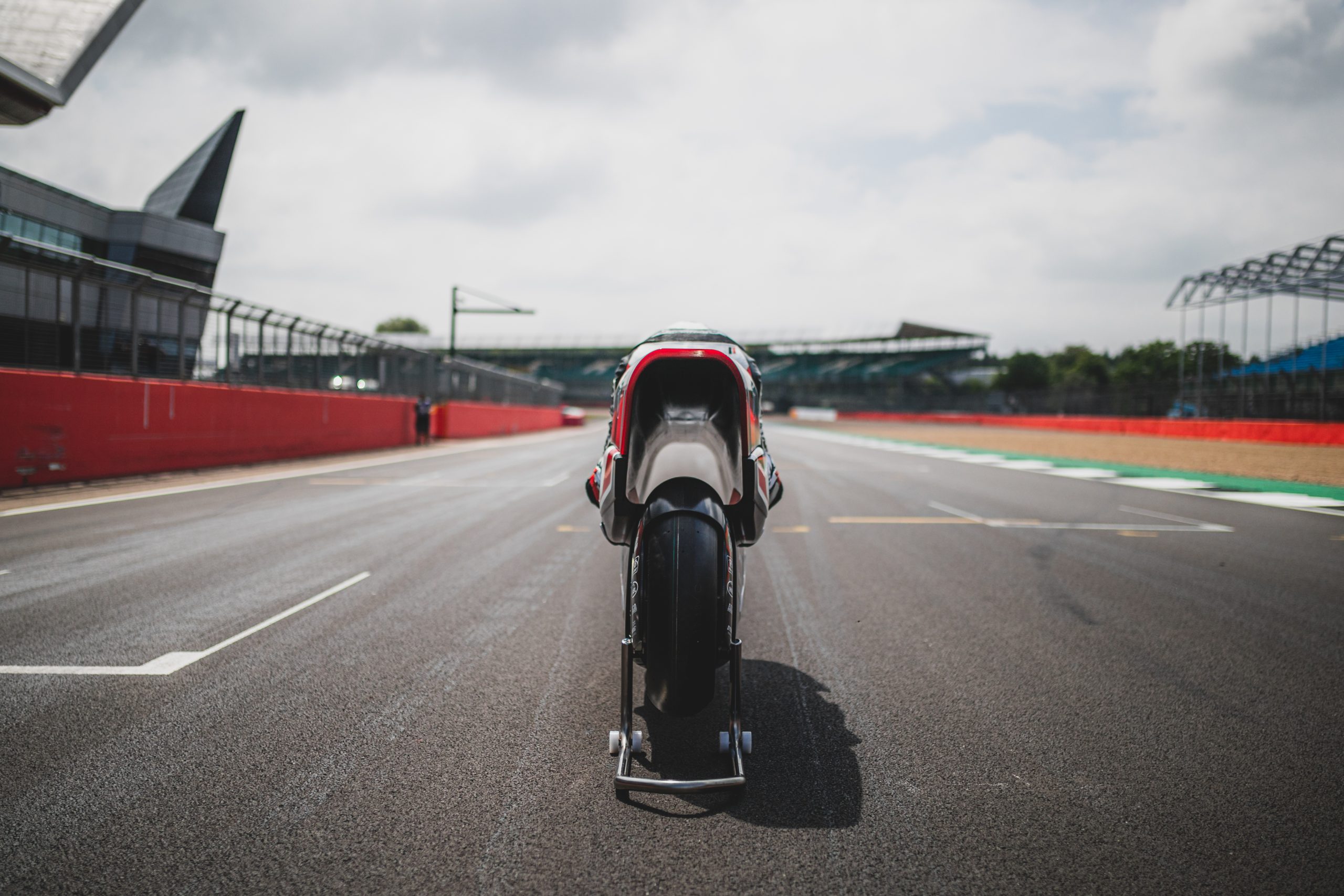 The target is 250 mph for the electric semi-streamlined motorcycle record. The location will be the Bolivian salt flats in 2022, after trying out with an attempt at the British equivalent record later in 2021.

White's plan is showcasing the technology with an electric land speed record, and then debuting it into the electric bike market. In fact, he has already patented the “V-Air” big-hole technology internationally and hopes he can bring something similar but more toned down to the street.