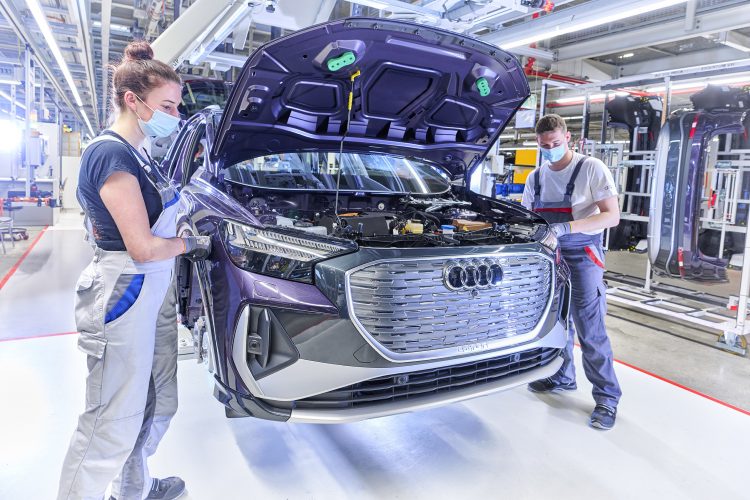 Production of the new Audi Q4 at VW's Saxony plant

Audi’s CEO has announced that from 2026 the company will only launch new all-electric models on the global market.

As part of its strategic realignment, the company is accelerating the transition to e-mobility. The manufacturer will be gradually phasing out the production of internal combustion engines until 2033.

The exact timing of the combustion engine’s discontinuation at Audi will ultimately be decided by customers and legislation. The company expects to see continued demand in China beyond 2033, which is why there could be a supply of vehicles there with combustion engines manufactured locally. 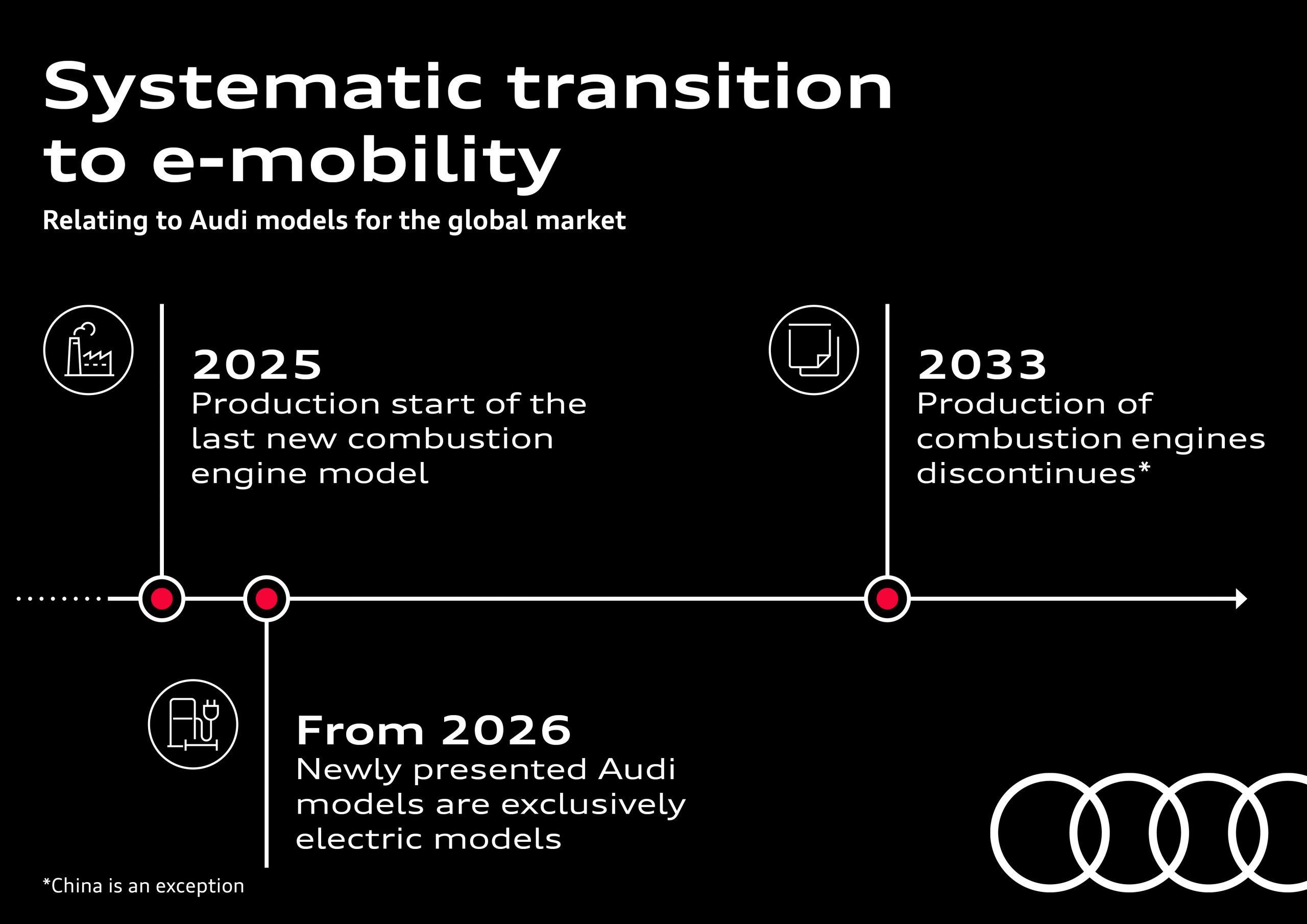 At the same time, Audi will significantly expand its range of all-electric models, and by 2025, the brand aims to have more than 20 e-models in its line-up, according to Audi CEO Markus Duesmann.

“With this roadmap, we are creating the clarity necessary to make a decisive and powerful transition to the electric age,” he said. “We’re sending the signal that Audi is ready.”

The expansion of a widespread charging infrastructure and renewable energy sources is also crucial for the ramp-up of e-mobility and its acceptance by society. Audi is actively involved in both areas. Just a few weeks ago the company from Ingolstadt unveiled the Audi charging hub pilot project as its own premium charging solution with a reservation system and lounge. On top of that, the carmaker has partnered with energy suppliers to promote the expansion of renewable energy sources. 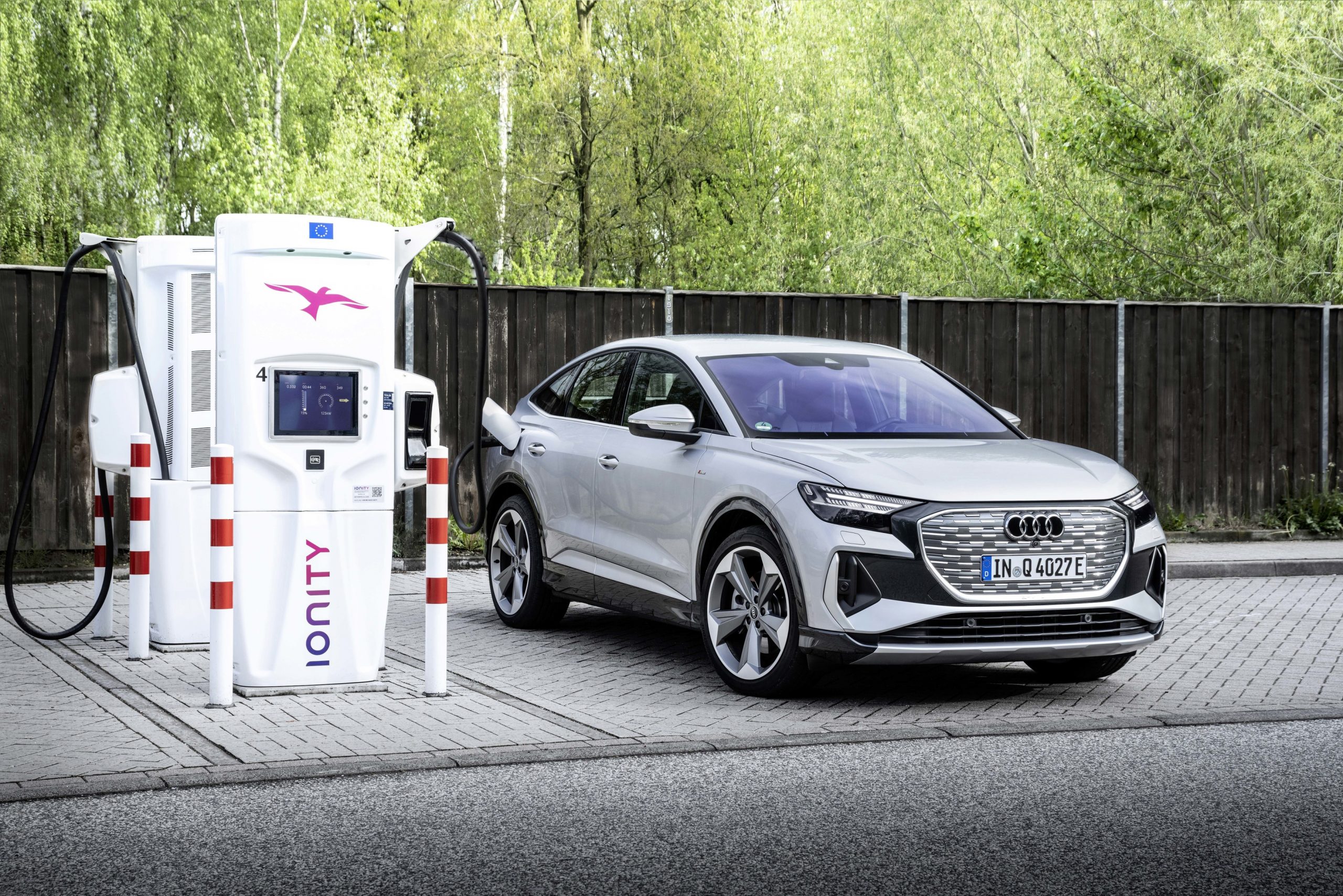 The positive news for the all-electric revolution is certainly an incredible U-turn from the company, as WhichEV reported that just few months ago the CEO said that Audi had no plans to stop the production of internal combustion engine vehicles in the near future and it will keep investing in the technology.