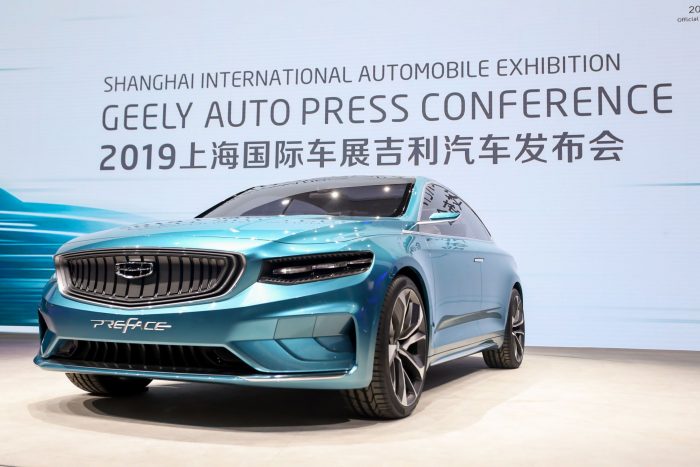 In the space of twenty years, it went from nothing to being one of the largest manufacturers in the whole world. Its market climb has been unstoppable, and it seems no one can match its pace. However, we are not talking about Tesla. We are referring to Geely, the Chinese brand that is planning to become a global EV corporation.

Many people might never have heard of Geely before as it is not as flashy as Tesla, and it is not owned by a flamboyant billionaire that for various reasons is always in the news. However, this Chinese brand of humble beginnings has become one of the largest manufacturers in the whole worldin the space of just two decades. 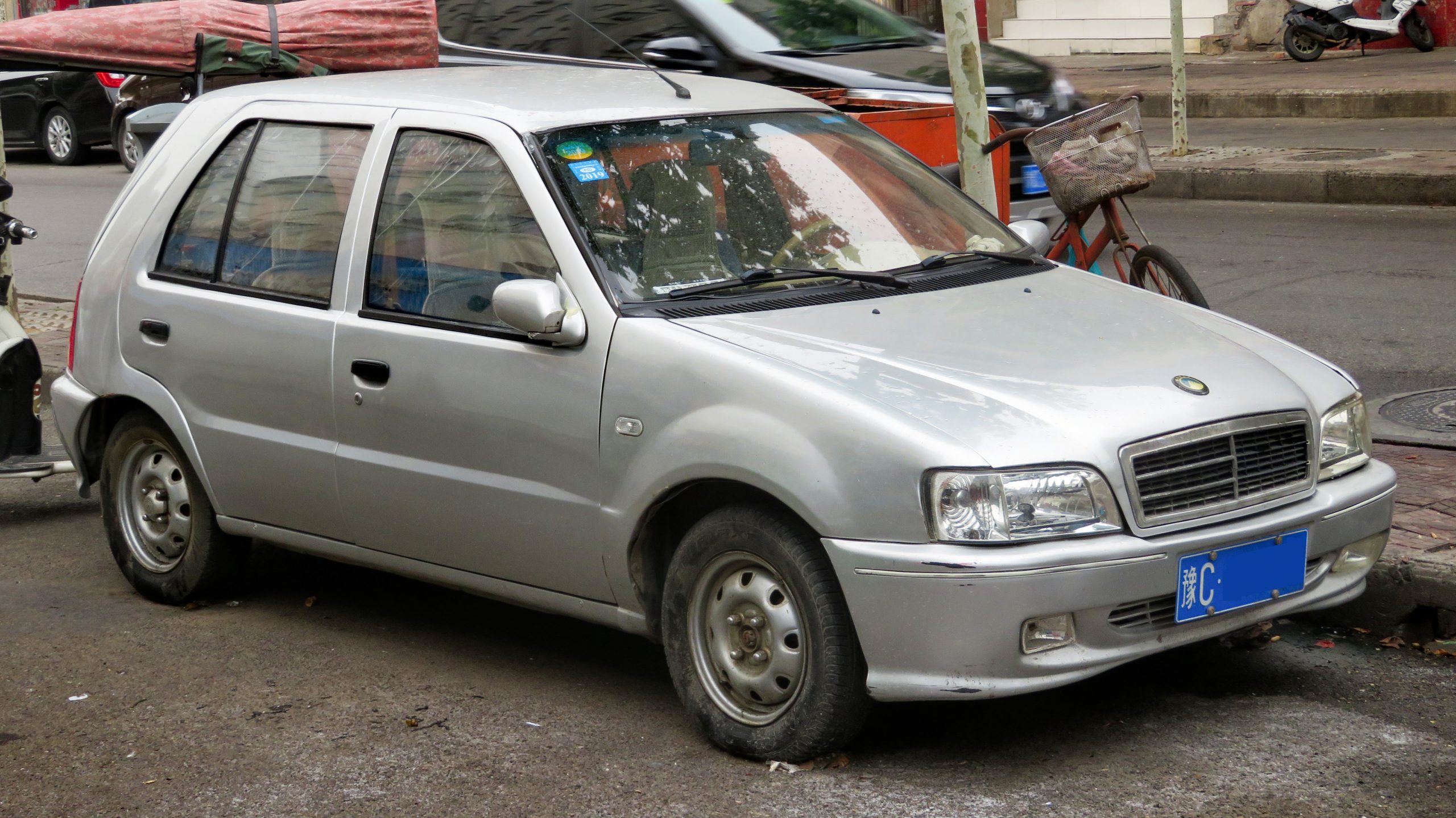 It went on from launching in 1998 its first car ever, the HQ, which was a vehicle of dubious quality, to buying Volvo in 2010. It has now become a Fortune Global 500 company, owns 51% of Lotus, and also owns 9.69% of Daimler AG (Mercedes-Benz), becoming the company’s main shareholder.

There is nothing conventional about this company as it needs to be considered a true outlier in this segment. Geely started in 1994 when the owner, who used to be a refrigerator maker that wanted to enter the auto business, bought a state-owned manufacturer of motorcycles and its plant to start his master plan.

Although the first vehicle made was far from being considered a good car, the company quickly became a powerhouse in China as in the space of 8 years it became one of the top 10 manufacturers in the country.

While quickly expanding in China, Geely set its sights also on an international expansion. However, its first taste of European business was far from conventional, which is not surprising given the peculiarity of this brand. In 2006, Geely bought the controlling stake in Manganese Bronze Holdings, which is one of the major companies that produces the famous London black cabs. 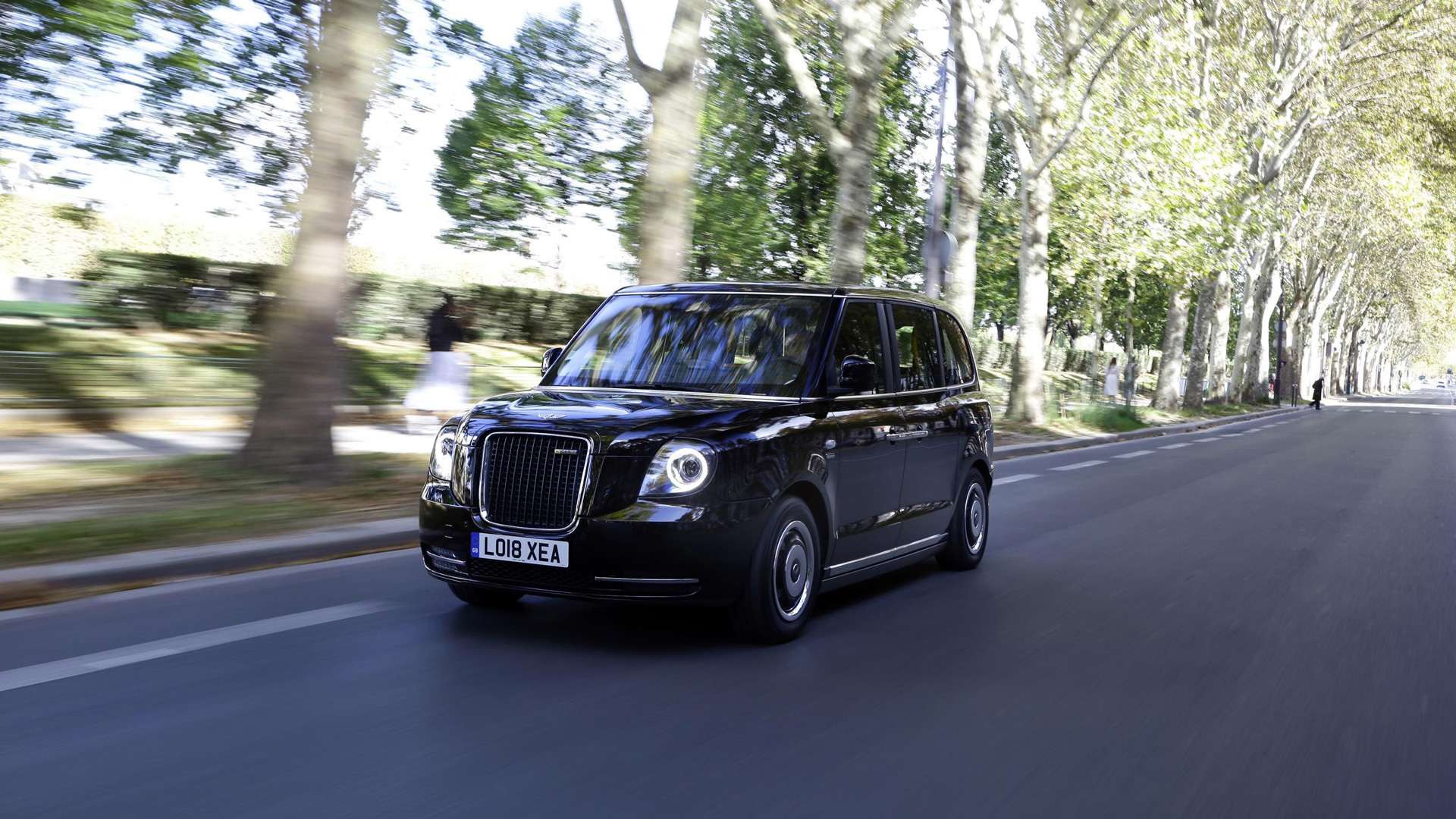 In 2010, Geely bought Volvo from Ford making a promise to the iconic Swedish brand. It will not interfere with the brand culture, but will help the company flourish by improving and opening new infrastructure to make the company a major force in different Asian markets. In 2019, Volvo sold over 700,000 units worldwide – the highest number ever in the history of the brand.

In 2016, Geely acquired 50% of Proton, a Malaysian brand that produces annually around 500,000 cars, which also happened to be part-owner of Lotus. Geely assumed a controlling stake in Lotus through the acquisition later in 2017.

In 2018, Geely made what is considered one of the boldest moves ever in the auto industry, showing its incredible power. After Daimler AG refused to sell a 5% stake of the company for around $4.5 billion in 2017, the Chinese conglomerate overtook the Kuwait Investment Authority's 6.6% stake and the Renault-Nissan-Mitsubishi Alliance's 3.1% share for a reportedly $9 billion the year after. With these two portions, Geely Holding Group with a 9.69% stake is now Daimler AG’s main shareholder.

Geely has expanded quickly and has calculated every step that the company needed in order to become a global force. Now, the manufacturer has another challenge ahead, which is to become an EV global corporation.

Owning different manufacturers is not enough anymore as the company is planning to become one of the most important players on the electric vehicle market. In fact, Geely has already shown the world multiple hints of this vision. 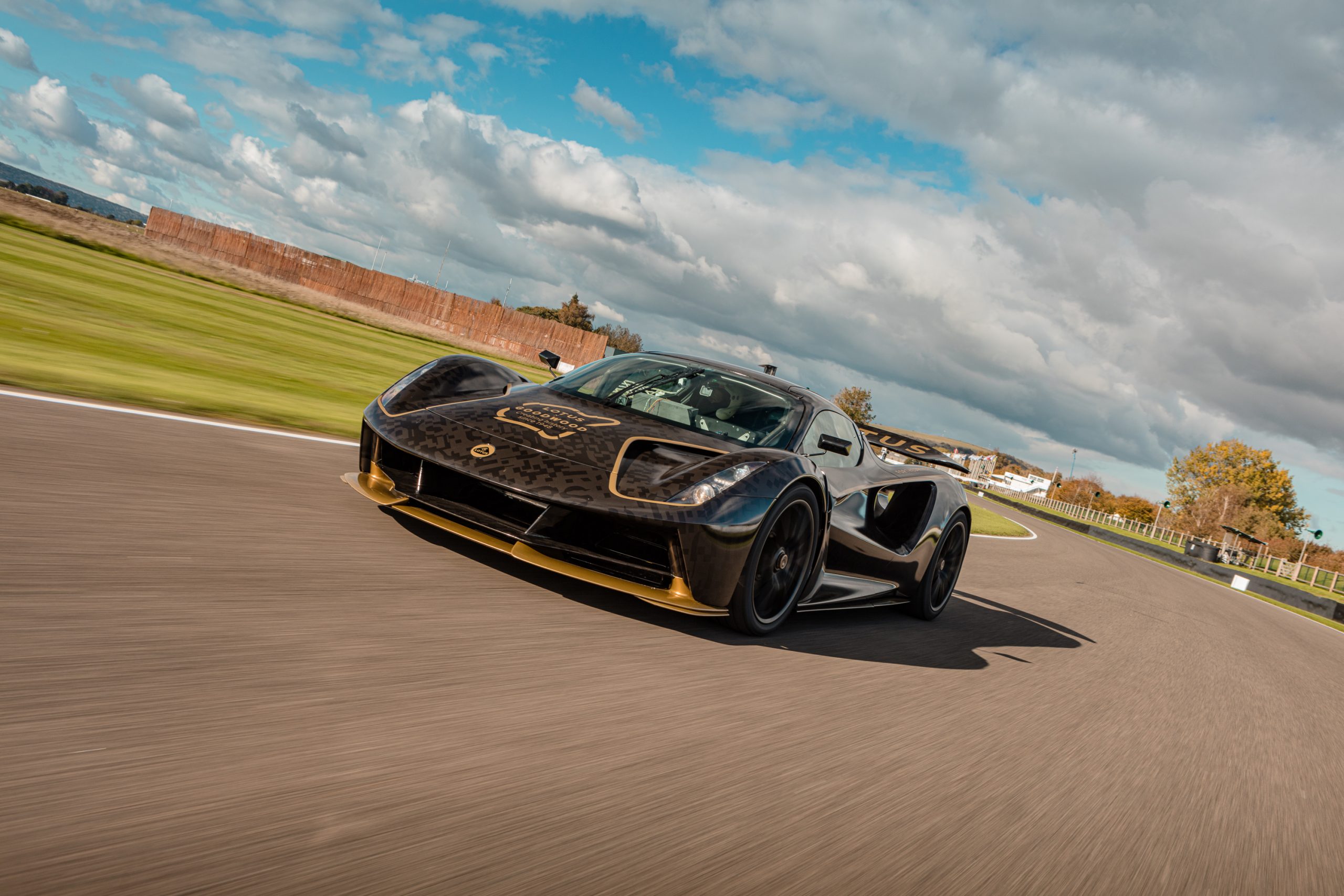 As WhichEV reported, Volvo is set to be an all-electric manufacturer by 2030. Lotus has also announced that its next model will be the last one with an internal combustion engine. Polestar, which used to be a racing division of Volvo, is now an electric vehicle manufacturer. And lastly, Mercedes and Geely have launched a new venture to make the Smart brand an EV-only manufacturer.

Geely’s name might not be on the front door but it’s part of all these projects, which ultimately will also benefit its Chinese cars. EVs are the future and that is why the manufacturer is heavily investing in its subsidiaries and buying stakes in other big companies.

Lotus has said that it does not make sense for the company to transition to hybrids and then eventually to electric cars as “carrying a small engine as well as batteries and electric motors, goes against the philosophy of sports cars, which have a tight package.” Lotus CEO, Phil Popham has then explained that the company’s future will be all-electric without a middle step.

However, this revolution would not be possible without the money that Geely is pumping into the business. Matt Windle, Managing Director of Lotus Cars, has explained that “Every part of the business has been touched. Geely’s £2 billion investment is for the product plan, the facilities. The factory here cost over £100 million. We have the facilities in Hethel, but also in China. The development of the architectures, it’s an ambitious product plan, it’s an ambitious expansion of the business.”

The investment will benefit both companies. Lotus will have the means to maintain its status on the market and deliver in the future more hypercars. Meanwhile Geely will be able to sell Lotus products in China where the market for electric cars is booming, as Beijing wants more than a fifth of vehicles sold in the country to be electric by 2025. The goal of the Chinese corporation is to modernise the Lotus plant in Hethel to be able to produce up to 10,000 vehicles per year in order to meet demand in China and the USA.

Volvo also has big plans as it has announced to the world a few months ago that it will be a purely electric brand by 2030 and that all its sales will shift online. The Swedish brand will play an important role in Geely’s quest to become a major player in the all-electric market. The two companies, which were set to merge at the start of the year, scrapped the plan but still decided to deepen their collaboration especially regarding electric vehicle technology. Volvo explained that the two companies will “maximise the strengths of the Swedish and Chinese automotive groups, delivering synergies in powertrains, sharing of electric vehicle architecture, joint procurement, autonomous drive technologies and aftersales.”

Volvo and Geely will share and jointly source batteries, electric motors, and connectivity solutions, while jointly developing a world-leading autonomous driving solution. They are already planning to share the new SEA and SPA2 electric architectures between their car brands.

Geely knows that with the help of Volvo, the company could become a serious contender of Tesla on the Chinese and global EV markets, according to An Conghui, President and CEO of Geely Auto.

“Geely Auto looks forward to partnering more closely with Volvo Cars, achieving significant synergies for our respective businesses,” he said. “This will enable Geely Auto to accelerate its global expansion, to capitalise on our strengths in China and develop a new generation of world-class new energy vehicles and associated mobility services.”

Lotus and Volvo are clearly in the process of becoming fully electric by the end of the decade and share technology with Geely. However, there is a company that has already become a fully EV manufacturer: Polestar. 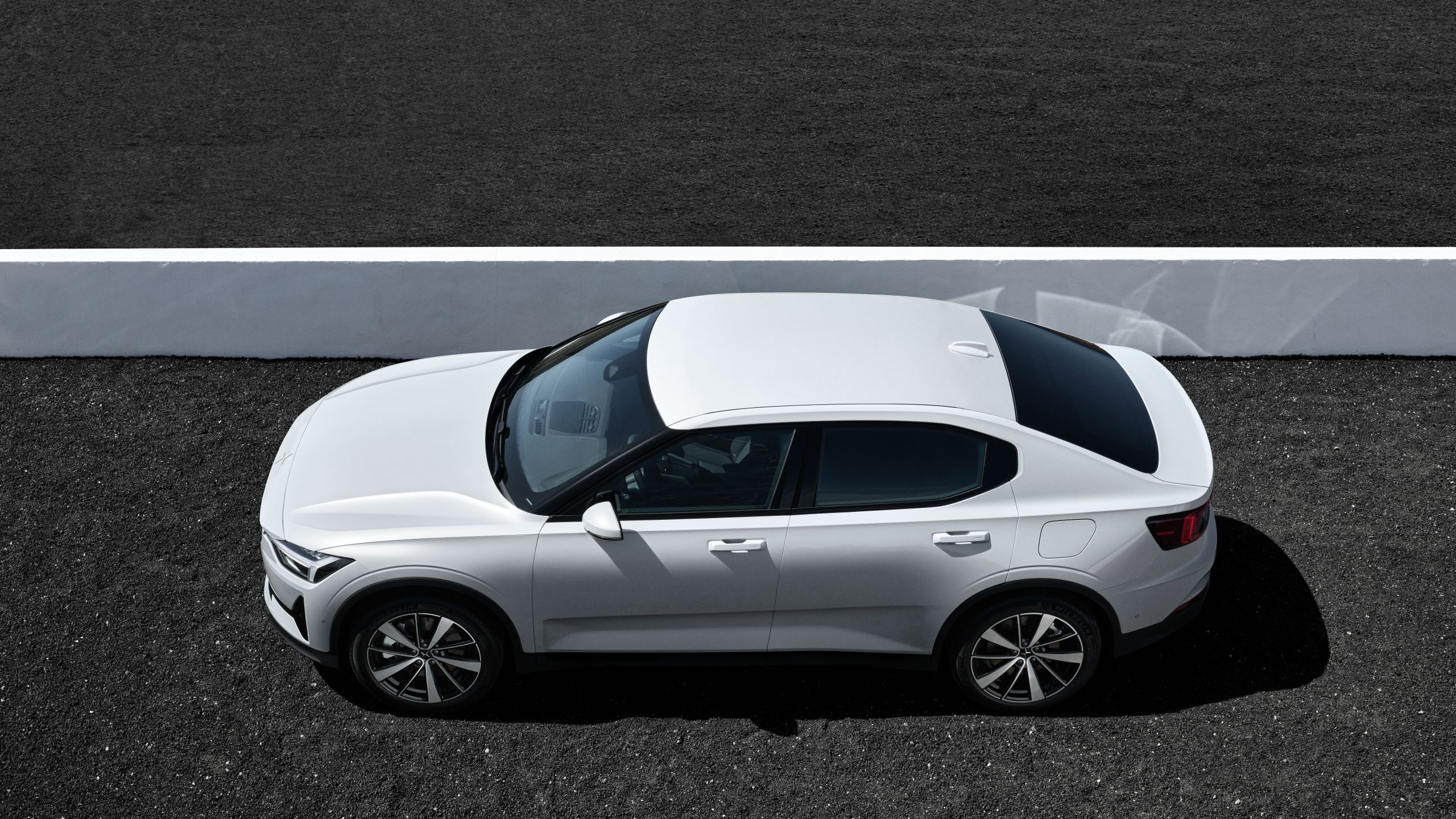 Polestar, a racing team founded by Volvo in the 1960s, has now become the manufacturer of some of the coolest and most high-tech electric vehicles on the market. The company has already debuted the very interesting Polestar 2 with more than 400 horsepower. It has unveiled the Precept which has the potential to become a fierce rival of the Tesla Model S. The brand has also recently announced that it will build the Polestar 3, an electric SUV, in the Volvo plant in South Carolina.

This move is very smart for different point of views. First, the American market has a predilection for bigger and larger than life cars, therefore an electric SUV could be an absolute homerun for the company. Secondly, it will make Polestar the first Chinese car produced on American soil, turning the brand into a true global force.

The Polestar 2, which is manufactured in China, has faced high import taxes to the States. Now that the new model will be produced in America the company has the possibility to flourish and become an important player in the EV market also on the other side of the world. 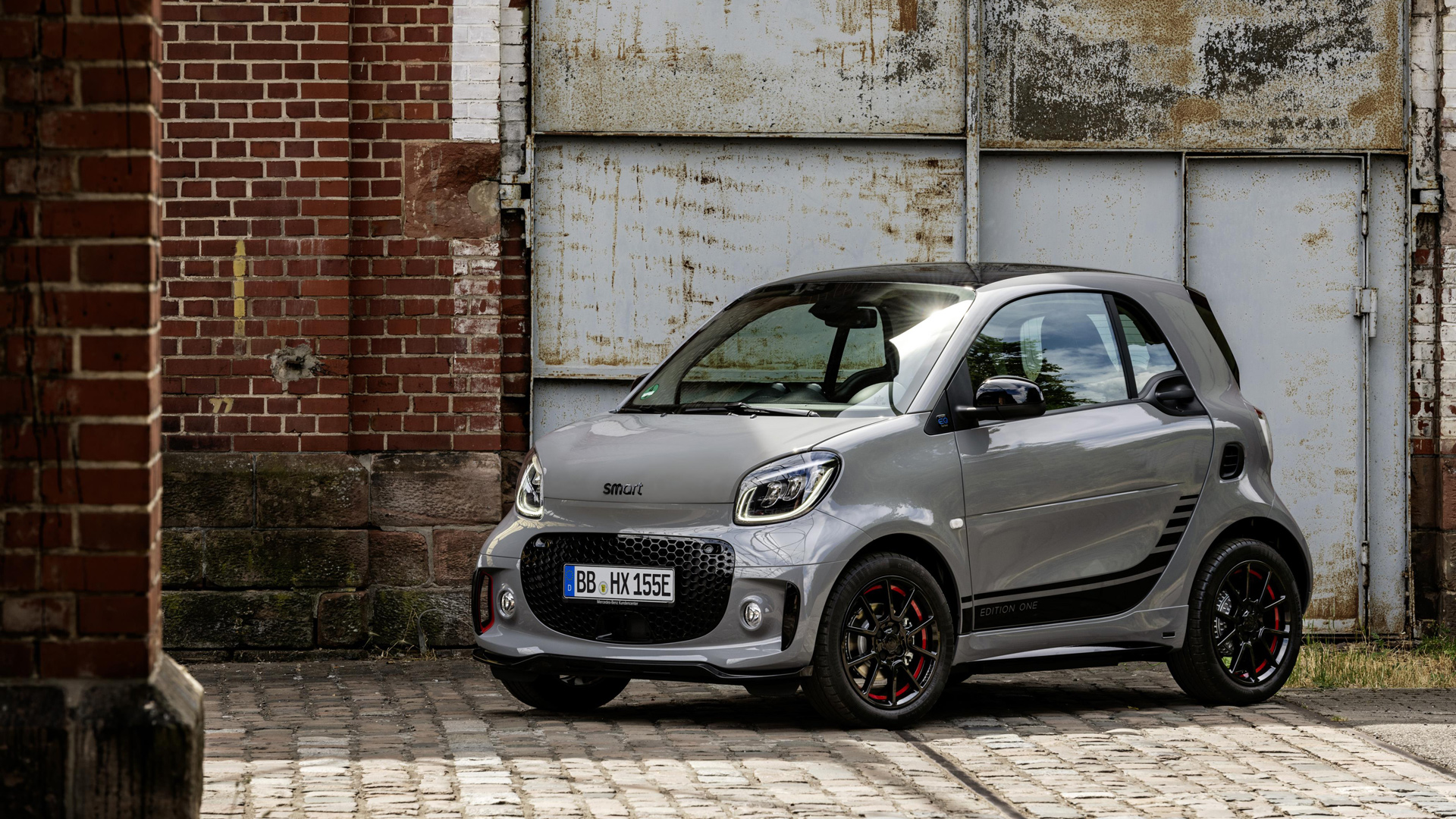 In 2019, Geely has also made an announcement with Daimler that the two manufacturers will create the global joint venture “Smart Automobile Co., Ltd.” for the Smart brand to develop a common range of electric vehicles and premium hybrids.

Daimler said that “the new generation of Smart vehicles will be designed by the worldwide Mercedes-Benz Design network and developed by the Geely global engineering network, and that future production will be located in China.”

Mercedes and Geely have decided to make Smart an EV-only brand. The joint venture plans to develop and build new Smarts in China, including a replacement for the aging Fortwo and a new compact SUV EV.

The two companies are not only working on the new Smart venture, but they are also collaborating to develop highly efficient powertrain systems for next-generation hybrid vehicles, according to Markus Schäfer, member of the board of management of Daimler AG and Mercedes-Benz AG.

“By 2039, our ambition is a completely carbon-neutral new passenger car fleet. The consequent electrification of our powertrain portfolio therefore is an integral part of our drivetrain strategy,” he said. “To this end, we are systematically converting our portfolio, so that by 2030 more than half of our passenger-car sales will be comprised of plug-in hybrids or purely electric vehicles.”

As Geely and Mercedes are working to resurrect the Smart brand while sharing EV and hybrid technology, the Chinese company has also launched Zeekr, a new premium electric vehicle brand. 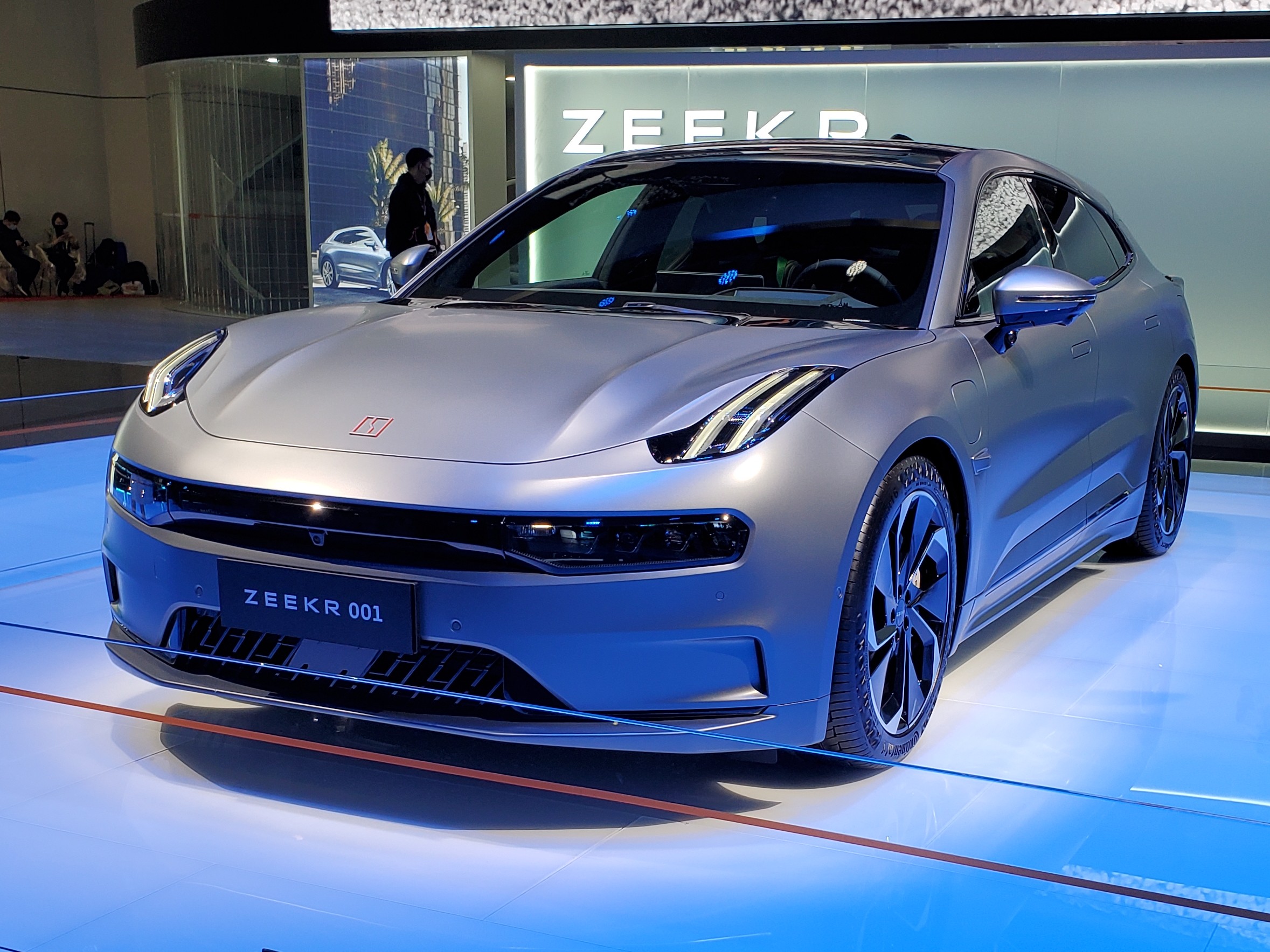 Geely has invested 2 billion yuan ($306 million) in the Zeekr venture in order to target the growing Chinese demand for premium EVs that has boosted sales for Tesla and Chinese rival Nio.

In order to sustain the EV empire that the company is building in China, Geely has also recently announced that it has signed an agreement with local authorities to invest 30 billion yuan ($4.6 billion) to construct a gigafactory in the city of Ganzhou with an annual capacity of 42 gigawatt-hours.

Geely is clearly preparing for this electric revolution. It has created ties with some of the biggest and most iconic brands in the world. It is quickly expanding in China, but it has also secured an important seat in the European and American auto market with its subsidiaries.

A lot of people might never have even heard of Geely before, but without a shadow of doubt they will in the near future. With the calculated moves that the company has made through the past 5-10 years, it has secured a global supply chain and market exposure that will allow it to become a true global EV conglomerate.

Geely is not waiting for the all-electric revolution, it is embracing it, so that it will be at the very forefront of this change in the automotive industry.