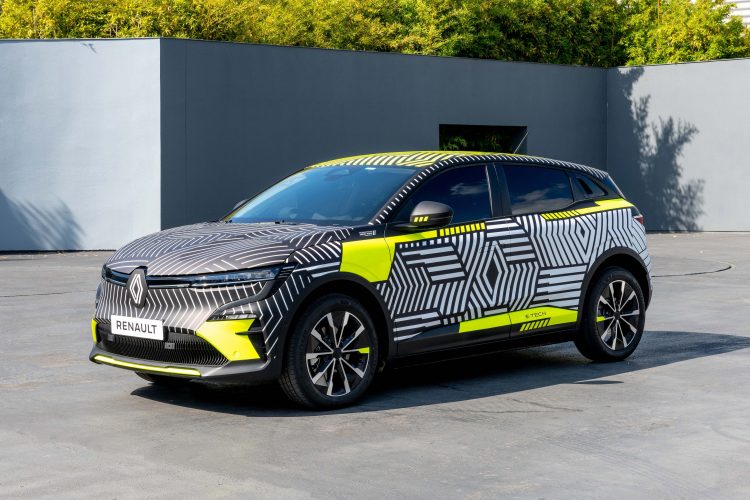 Renault has announced that pre-production versions of the Mégane eVision show car are ready to make their debut on the road.

The EV is based on the advanced CMF-EV platform, featuring a 160kW (217hp) electric motor and a 60kWh battery pack enabling up to 280 miles of range (WLTP). 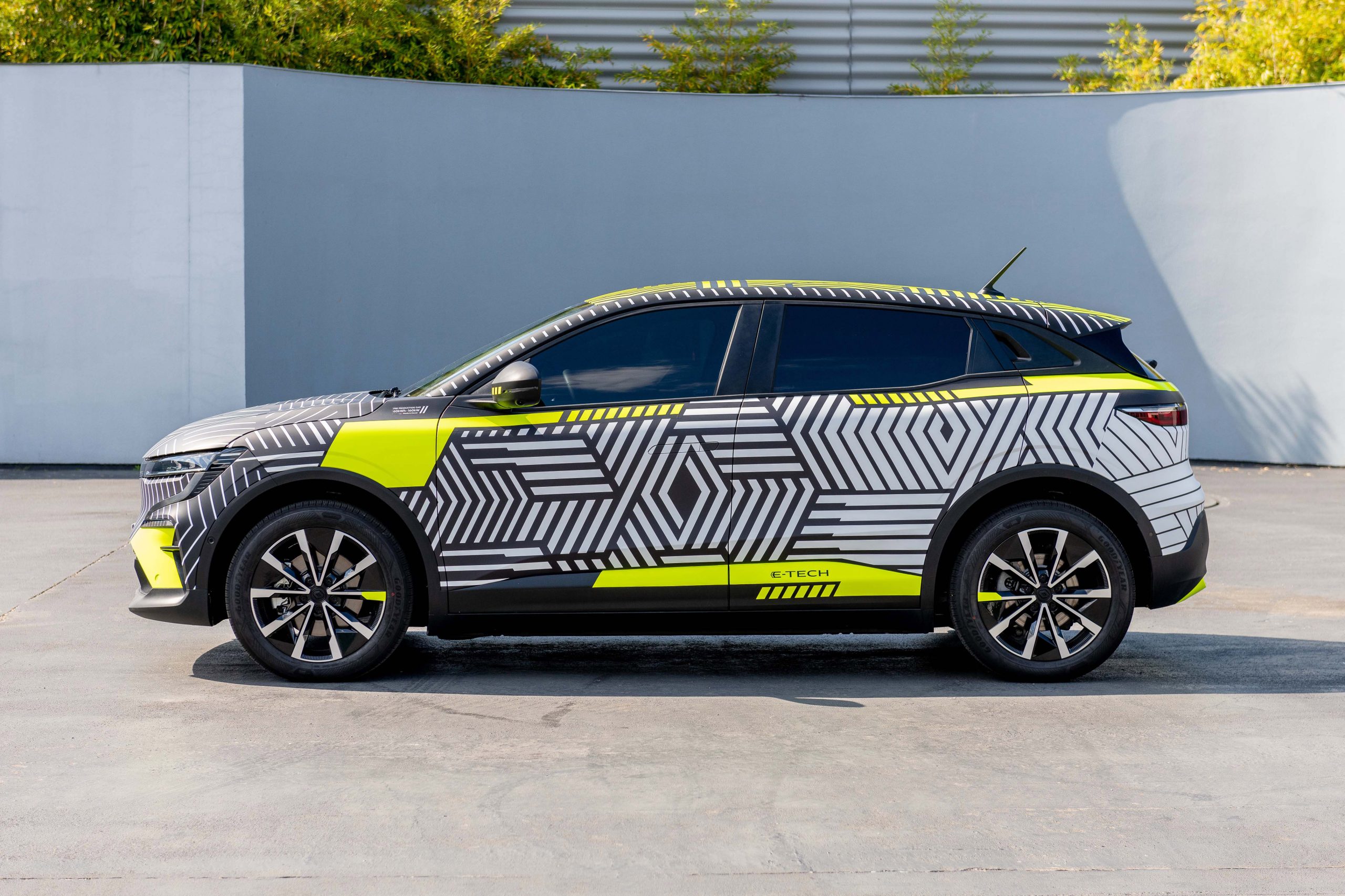 Built at Renault’s Douai factory in Northern France, all the pre-production cars will be covered with a tailor-made pattern from Renault Design, made up of lines and motifs from the new version of the iconic Renault logo, a design that creates a camouflage.

As WhichEV reported, the electric Mégane was first unveiled to the world at the Renault eWays event. The car will be part of the hatchback C-segment; however, while it will only be 4.21m long, it will offer the same cabin space that other competitors offer.

The production version, when it arrives, will enhance the comprehensive existing line-up of fully electric passenger cars that includes the B-segment bestselling Zoe E-Tech 100% Electric.

As WhichEV reported, Renault CEO is guiding the company towards an all-electric future and that it why in 2020 the French brand was Europe’s number one electric vehicle manufacturer. 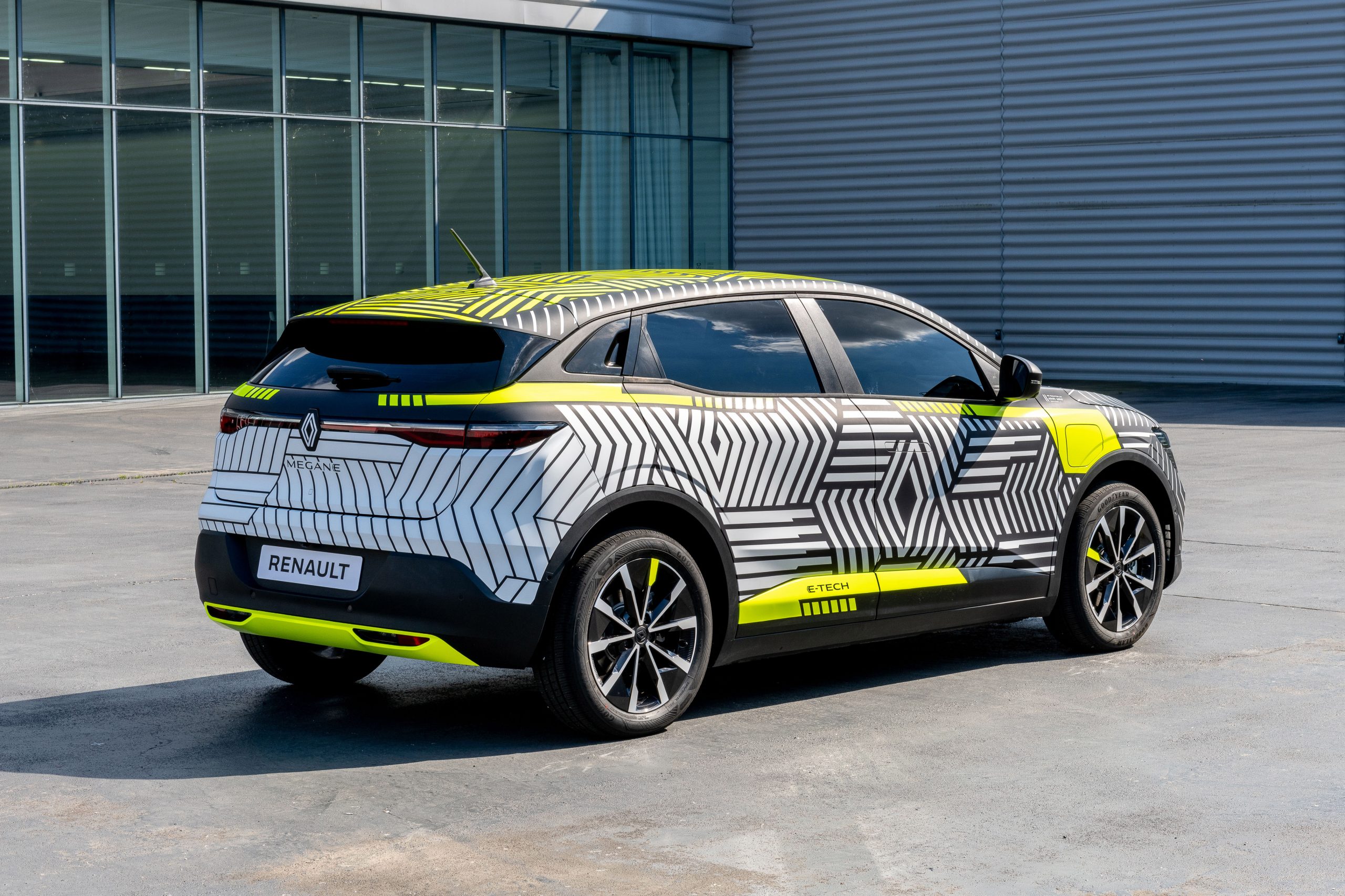 The Mégan eVision however is not the only model that Renault is working on as the company has also announced a new fully electric prototype of the iconic R5.

The company announced back in October its commitment to reach net zero greenhouse emissions by 2050 and slash emissions in half by 2030. Also, by 2022, all of Renault’s new models will have an electric or electrified version.