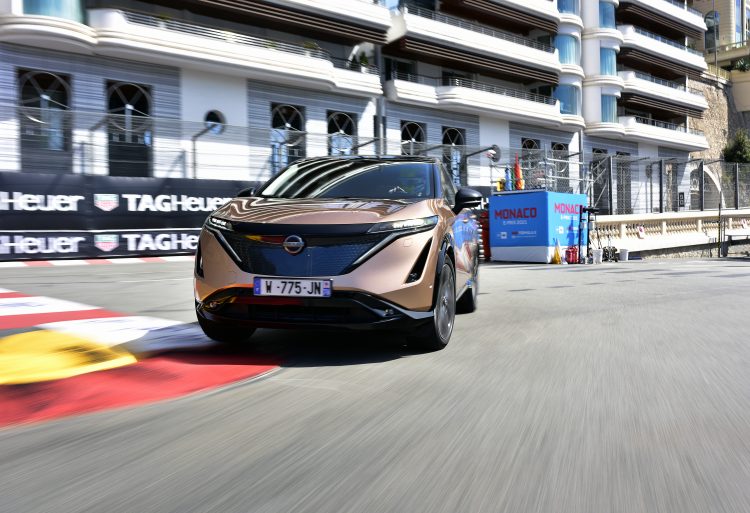 The much anticipated Grand Prix of Monaco has brought the drama and excitement that people have been waiting for, but it has also showed something else, the new all-electric Nissan Ariya.

As WhichEV reported, the Ariya, which was unveiled last July, will offer a two-wheel drive version with 63kWh or an 87kWh (usable) battery. There will also bea version with e-4orce, Nissan’s four-wheel drive technology, with the same battery options. It will be based on a new dedicated EV platform. 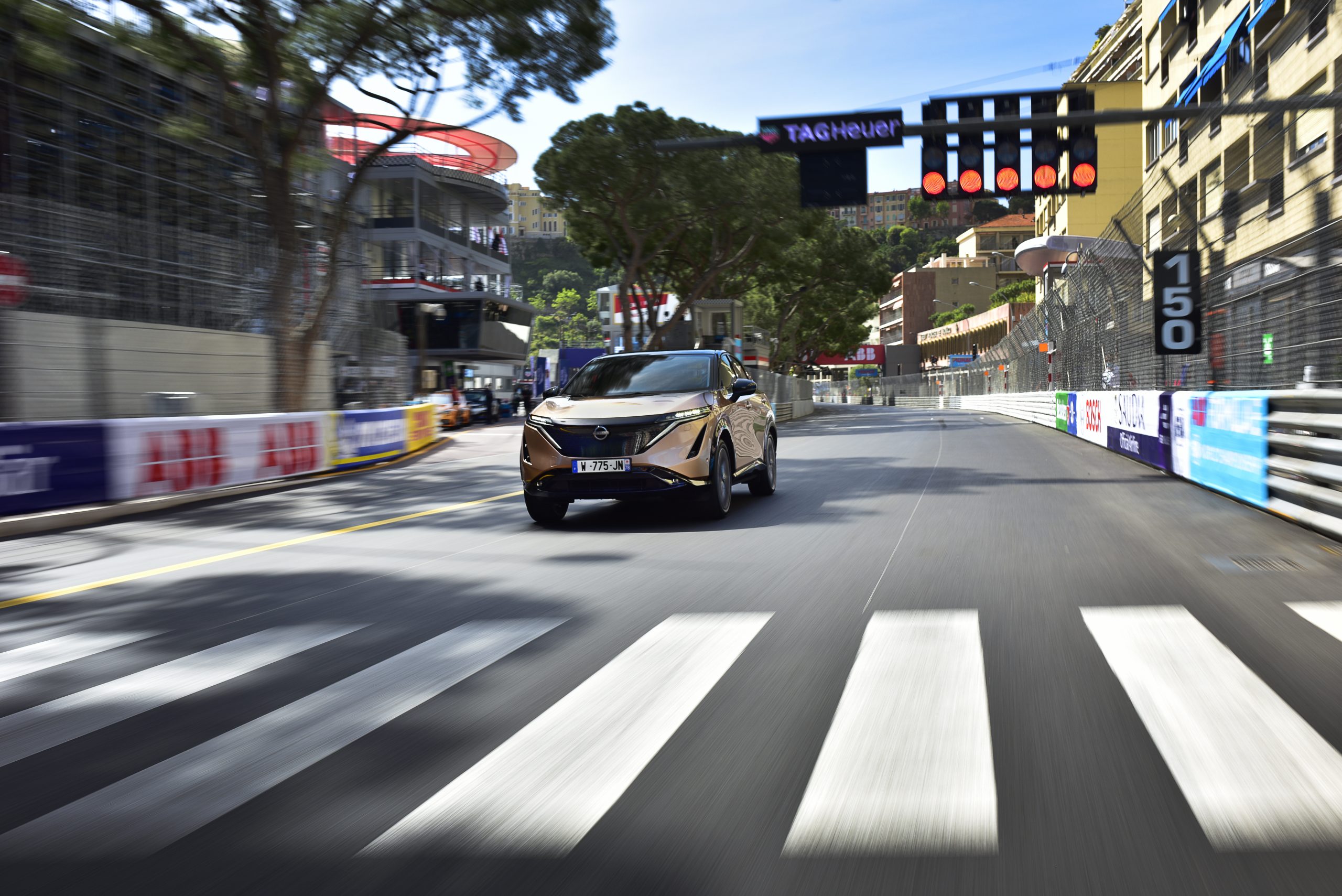 The Nissan Ariya has made its first public appearance, fittingly undertaking its debut drive around the iconic Circuit de Monaco in the glamourous French Riviera. 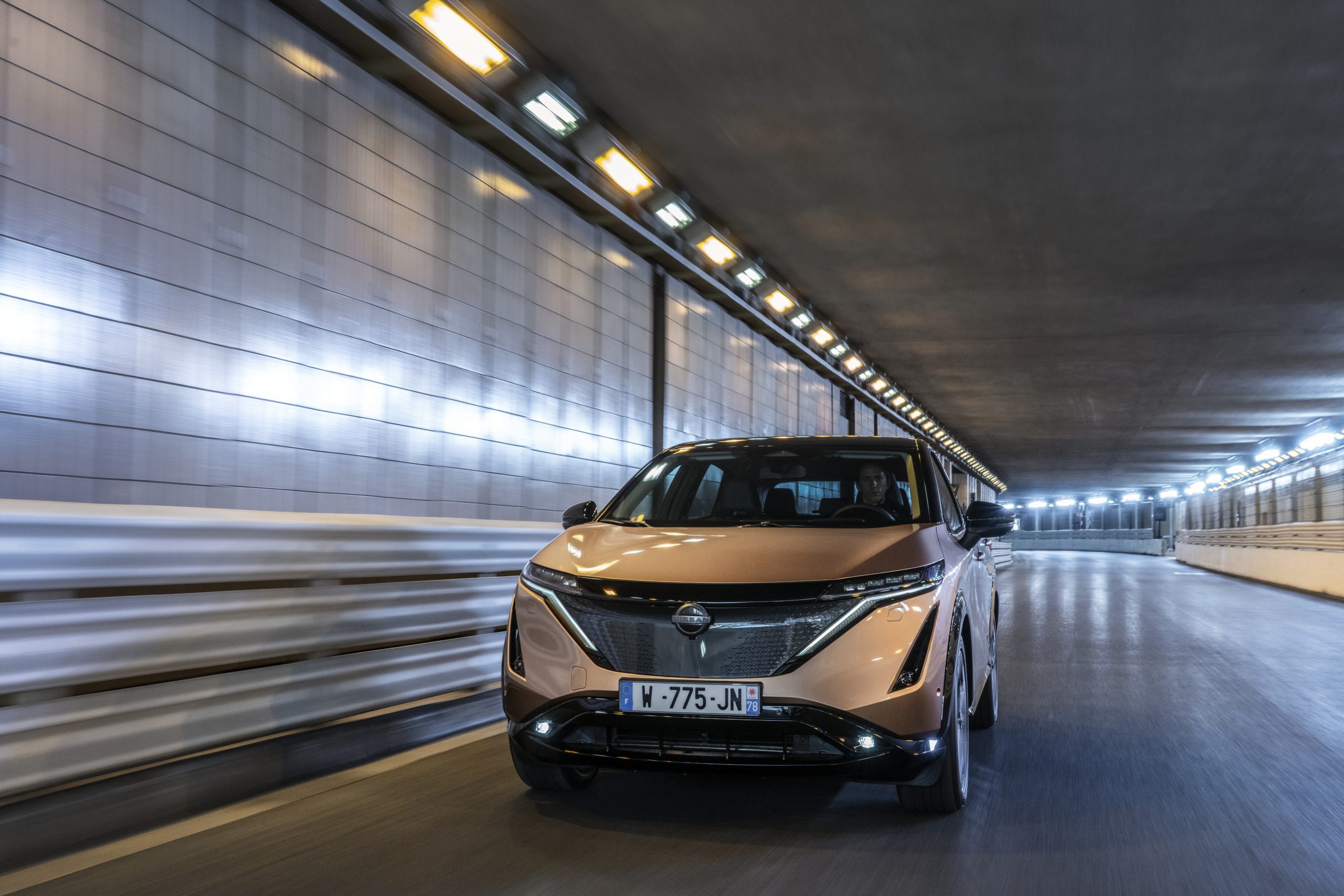 “Ariya’s public driving in the streets of Monaco is a great way to witness the capabilities of our e-4ORCE technology,” he said. “Ariya is the epitome of Nissan’s innovation in electric mobility and this event marks a defining moment in the next chapter of Nissan’s EV journey.”

Nissan’s electrification strategy draws on over a decade of EV expertise with the Leaf and of transferring knowledge and technology between the racetrack and road, providing the best possible electric vehicle offering for customers. 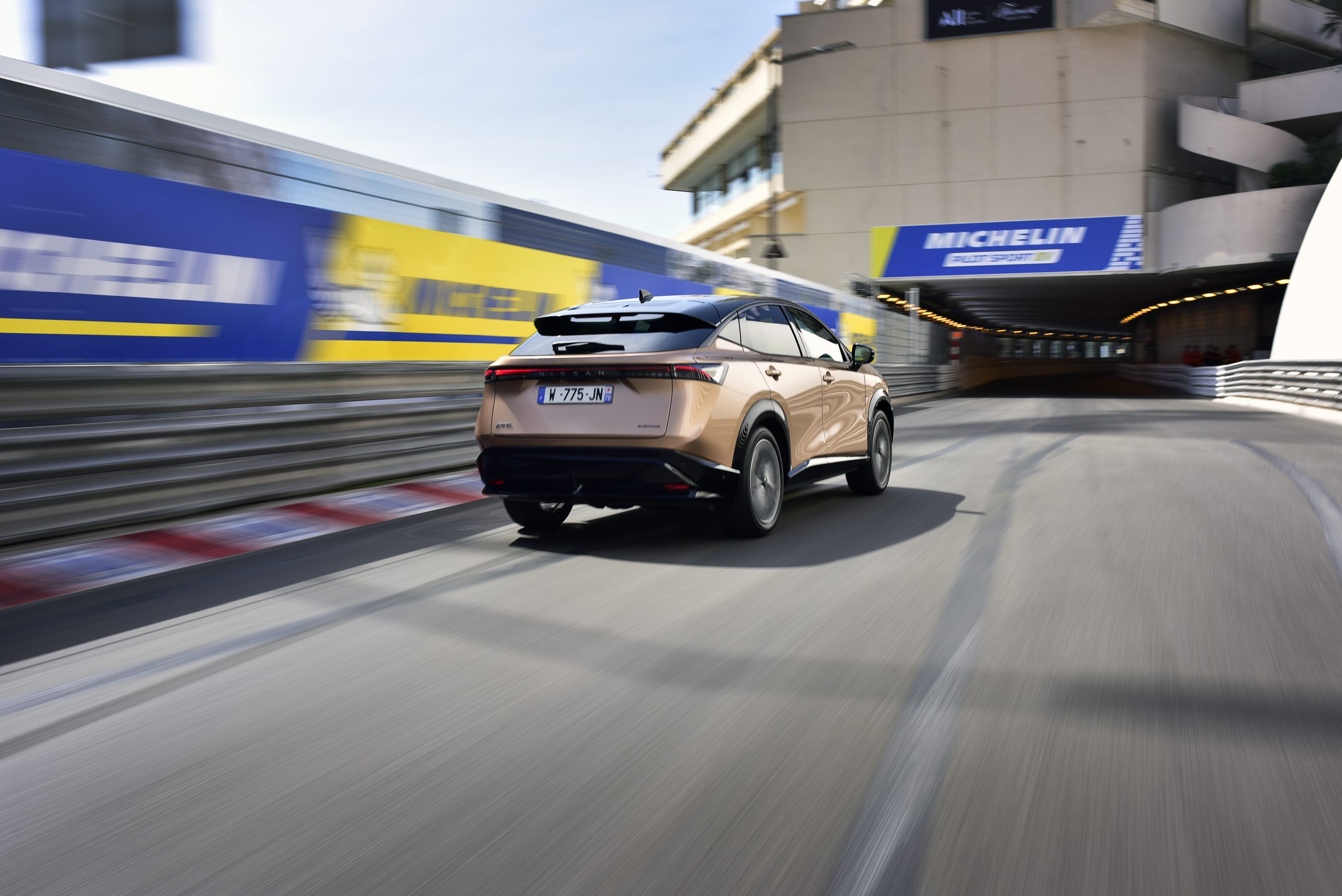 Formula E has captured the imagination of people around the world and spotlighted the thrilling possibilities for electric vehicles. Ariya’s first outing on the iconic Circuit de Monaco demonstrates to a global audience that the excitement of zero-emissions electric vehicles is something everyone can experience.

Nissan has also announced that its new all-electric Ariya is expected to become the company’s most aerodynamic crossover with a drag coefficient (Cd) of 0.297.