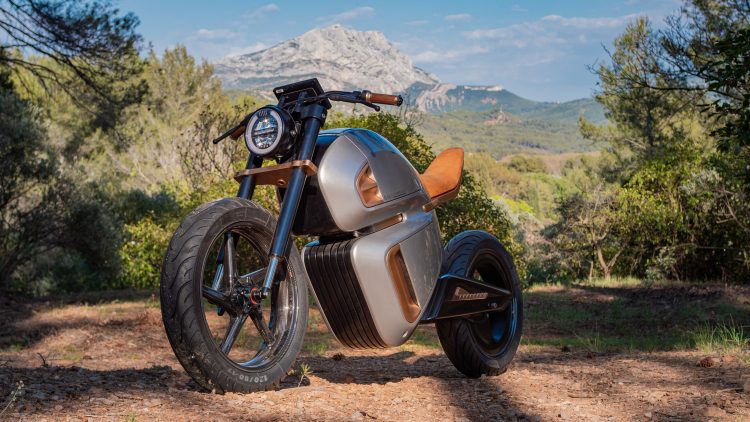 NAWATechnologies has announced that its concept e-motorbike, the NAWARacer, will debut as a dynamic prototype in the coming months.

The concept was first revealed at CES 2020 and, following a hugely successful global reception, the decision has been taken to develop a fully functioning, rideable prototype alongside AKKA Technologies, FAAR, Pronergy and YSY Group. 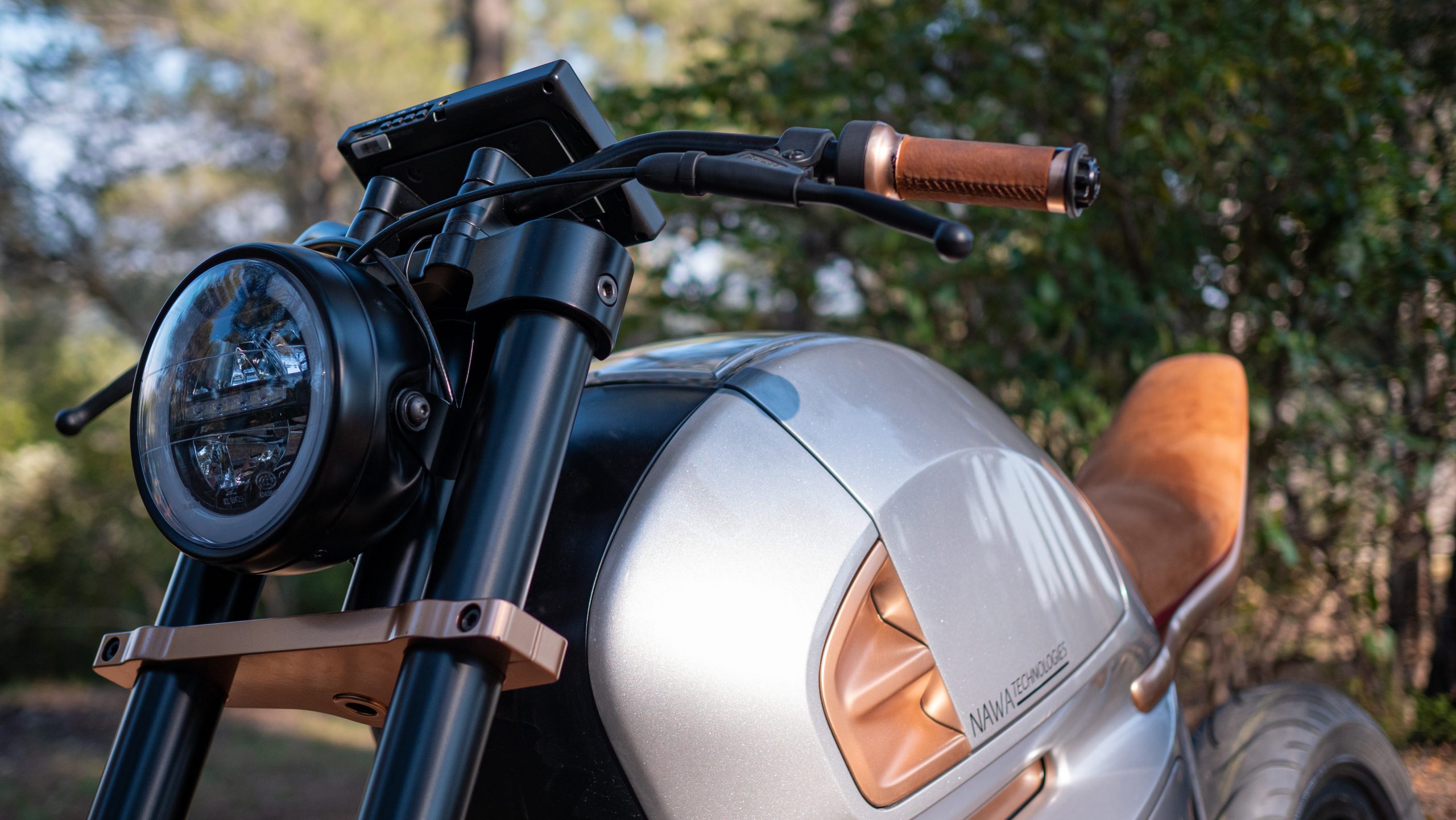 The prototype will feature a world-first in electric powertrains: a ‘hybrid’ battery which combines NAWATechnologies’ own revolutionary ultracapacitors, NAWACap, with conventional lithium-ion cells.

These are then merged in an innovative electrical architecture, enabling the best of both energy sources, opening new possibilities for electric vehicle powertrains, with NAWACap playing an equivalent role to a turbocharger in an internal combustion engine.

The popularity of the concept unveiled at CES 2020 has been incredible, therefore the company felt the need to bring the project to life, according to Pascal Boulanger, Founder of NAWA Technologies, and CTO.

“We had such a fantastic response to our NAWARacer concept at CES 2020 that we had to take the next step and showcase what our NAWACap technology truly can do,” he said. “In order to develop a fully dynamic prototype, and best reflect our next-gen energy storage technology, a world-leading consortium has been brought together to design and build a fully functioning version.”

The technology could be a gamechanger as this hybrid ultracapacitor battery system greatly improves energy efficiency, reduces charging times and extends entire system life. Applicable to any electric vehicle, the efficiency improvements can reduce the size of the lithium-ion battery by up to half or extend the range by up to double.

The development of the motorbike’s unique e-powertrain and, in particular, the aluminium body – which structurally integrates the battery within the chassis, negating the need for a conventional frame – and the in-wheel motor, is led by AKKA Technologies. 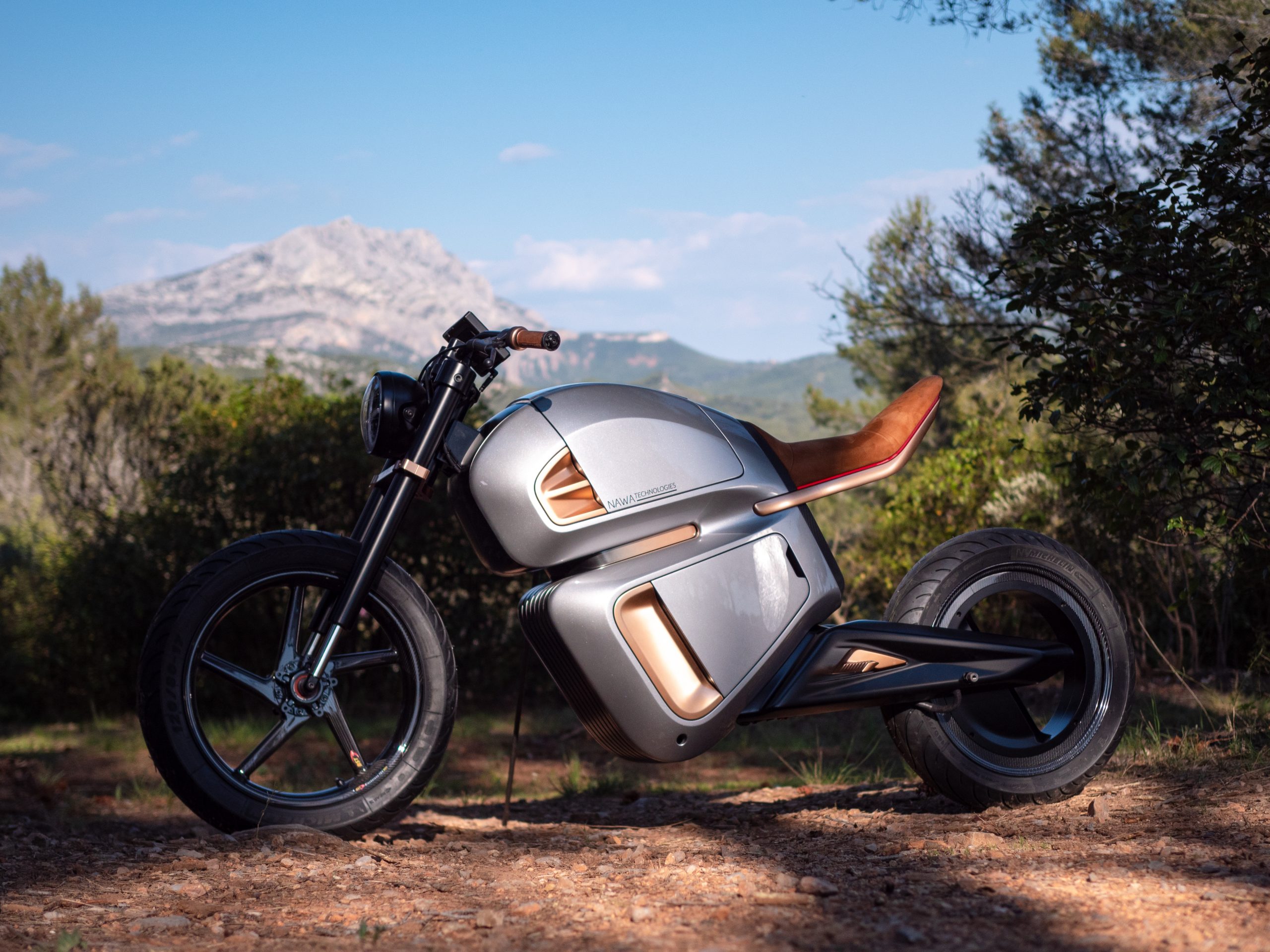 The NAWARacer’s electronic power distribution system is led by Pronergy, a subsidiary of FAAR SAS located in Paris. This distributes power according to the vehicle mode and rider demand. For this first dynamic prototype, a new switching unit has been developed allowing both NAWACap and the lithium batteries to provide energy, maximising the benefits of both technologies in terms of performance and efficiency.

Meanwhile, NAWATechnologies, the inventor of the NAWARacer and its hybrid power-battery system, is supplying NAWACap – its next-generation ultracapacitors – integrated in a light, compact, modular, and communicating pack that can be used in many other applications.