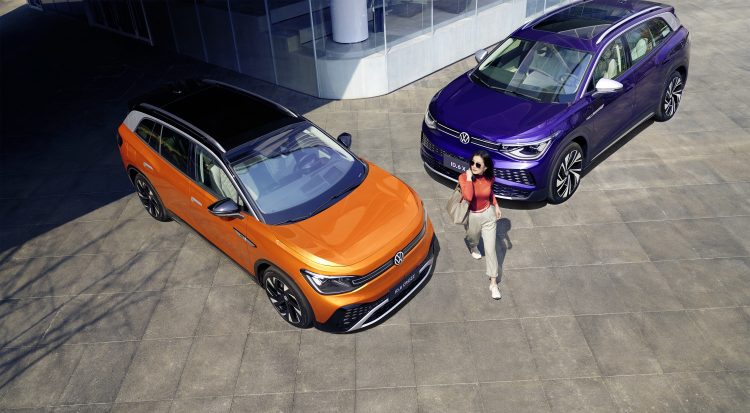 Volkswagen is ready to add another member to the ID. family as it has just unveiled the ID.6 at the Auto Shanghai 2021 show.

Two versions of the fully electric family SUV will be available: The ID.6 CROZZ is being manufactured in the north of China and the ID.6 X in the southern part of the country.

The multi-variable all-round model, which has room for up to seven people, will have two batteries available with a storage capacity of 58 kWh and 77 kWh and allow a range of between 436 and 588 km (China NEDC, which tends to be higher than WLTP). 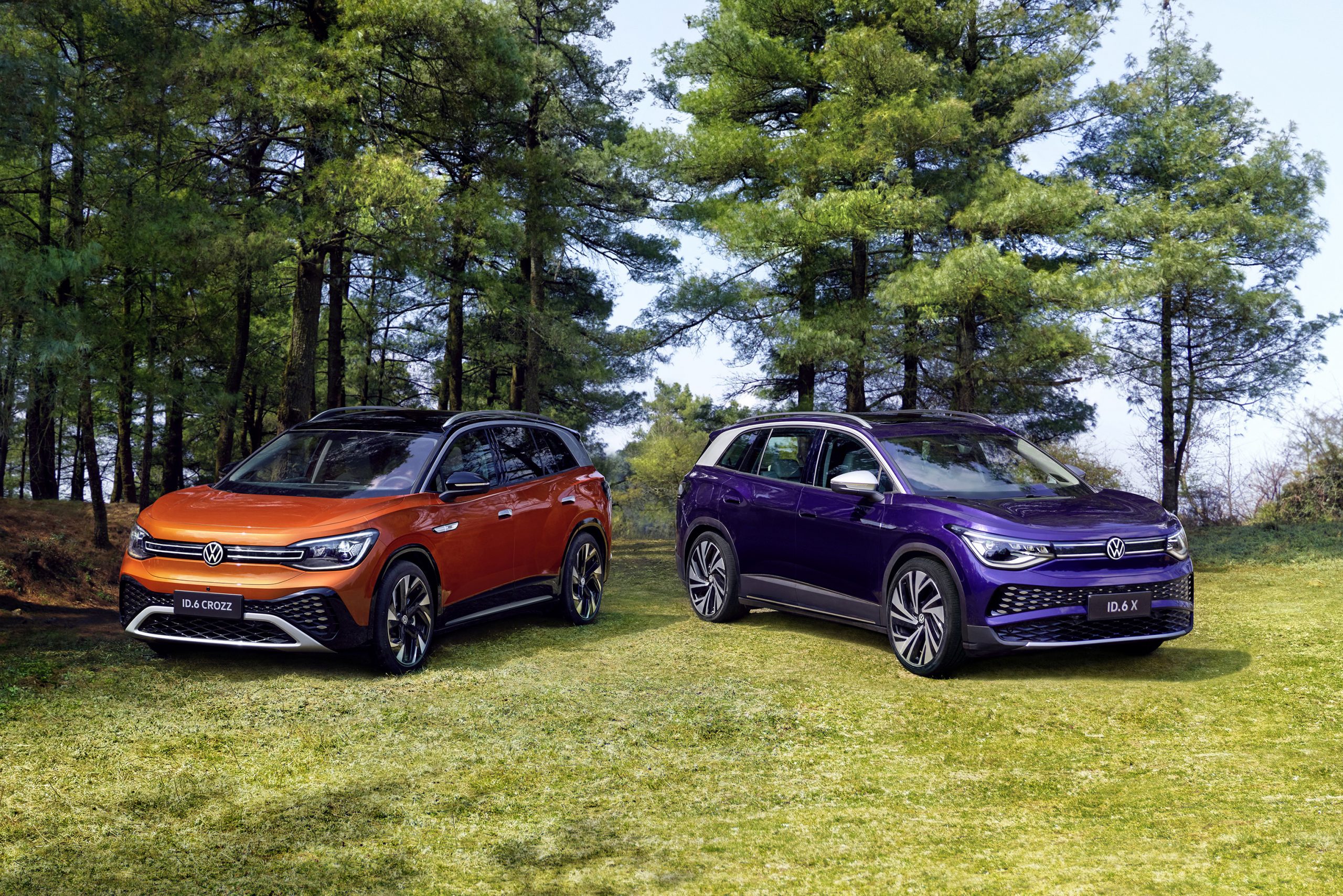 Like the compact ID.3 and the ID.4 SUV, the third member of the fully electric family is also based on the Modular Electric Drive Kit (MEB).

The ID.6 makes full use of the strengths of MEB: it enables consistently high quality worldwide, with equally high standards – and also leaves room to develop individual models specifically for certain markets or regions of the world. In fact, VW has explained that the ID.6 is tailored specifically to the needs and wishes of Chinese customers in terms of space, functionality, design and, in particular, user experience.

As in the other models, the battery is located under the passenger cabin, guaranteeing a low centre of gravity. The ID.6 also has a 4MOTION version that produces an output of 225 kW (305 PS) – enough to accelerate from 0 to 100 km/h in 6.6 seconds and for a top speed of 160 km/h.

The e-SUV comes without any physical buttons and switches. The operating concept uses a 12-inch display with a touchscreen and the “Hello ID.” voice control. Also, on the ID.6 there is the possibility to add an augmented reality head-up display, which merges some notifications with reality outside the windscreen. 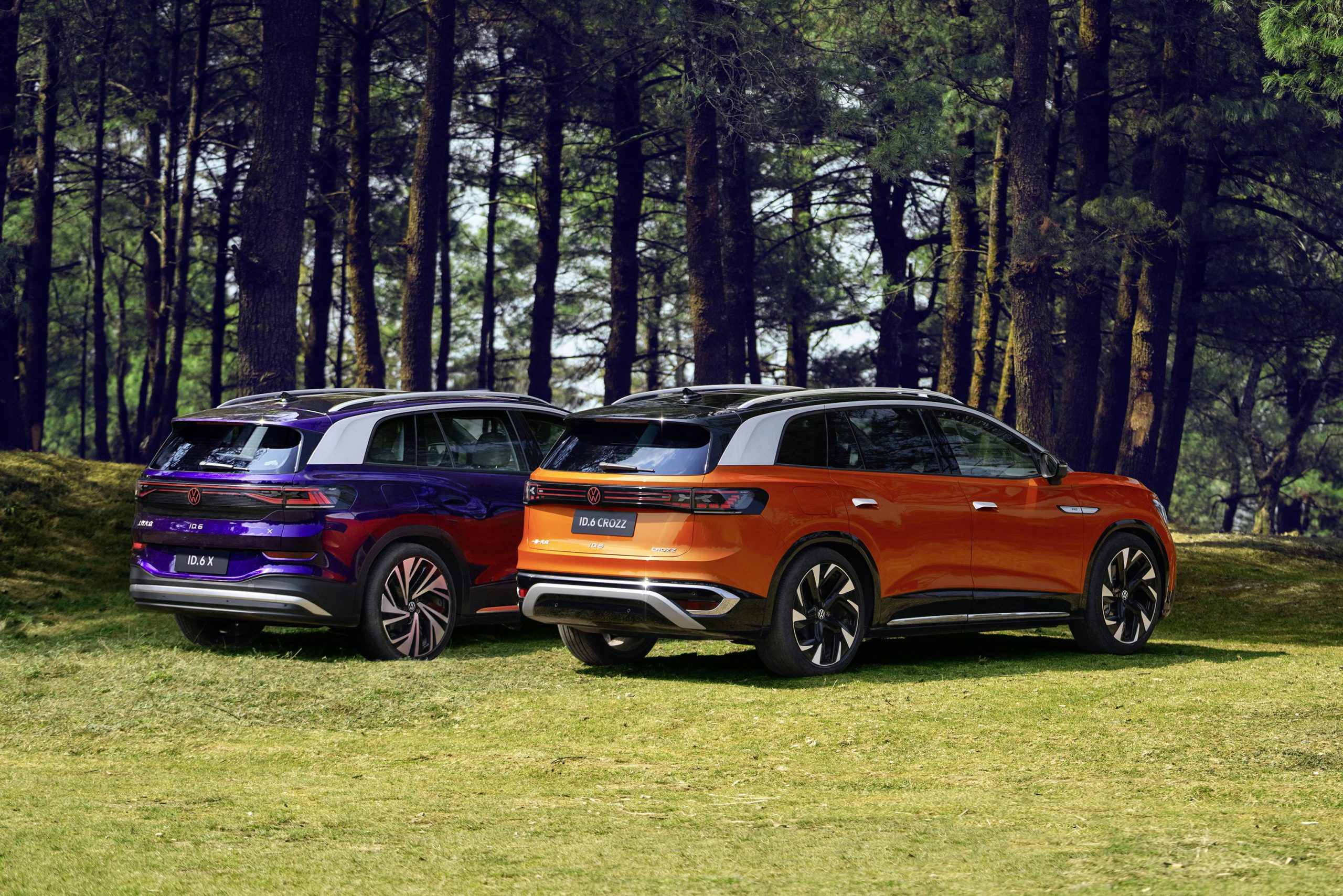 Volkswagen is aware that the Chinese electric market holds the biggest share worldwide and that is why the company is heavily investing in becoming a big player in the Asian country, according to Ralf Brandstätter, CEO of the Volkswagen brand.

“With the new ID.6, we are laying the foundations for at least 50 percent of our cars sold in China being electric by 2030,” he said. “We are maintaining momentum and gradually increasing our range of MEB cars. By 2023, Volkswagen will have a total of eight ID. models in China, making MEB nationwide there.”

The ID.6 will only be available on the Chinese market in these two variants. As part of the brand’s ACCELERATE strategy, Volkswagen is expediting the electrification offensive on the way to becoming the global leader in e-mobility.  The foundation of which is the introduction of a new MEB car each year, aiming to achieve high volumes and cover all sectors. This emphasises the brand’s target of at least 70 percent of cars sold in Europe being electric by 2030; and at least 50 percent in North America and China.