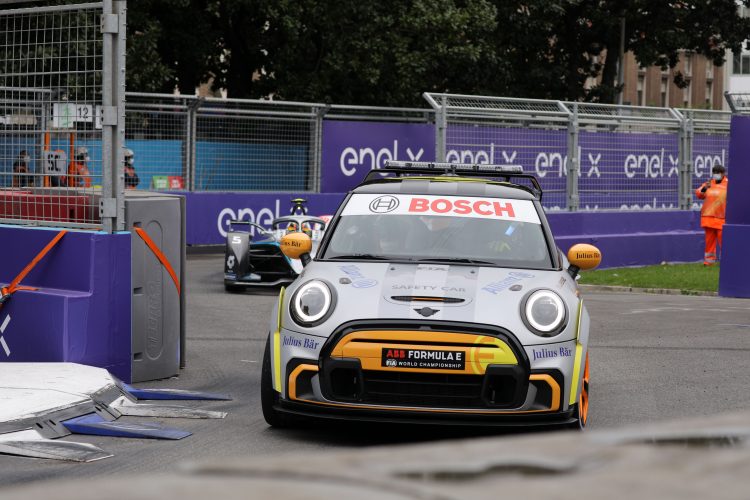 The fully electric car was designed by BMW Motorsport such that racing technology makes it perfectly suited to the special requirements of a FIA Formula E safety car.

In light of adverse weather conditions and turbulent races with several incidents, the new FIA Formula E safety car was called into action four times on its debut in Rome. Both races were started behind the MINI Electric Pacesetter inspired by JCW, and the race on Saturday even ended behind the safety car after incidents shortly before the finish. 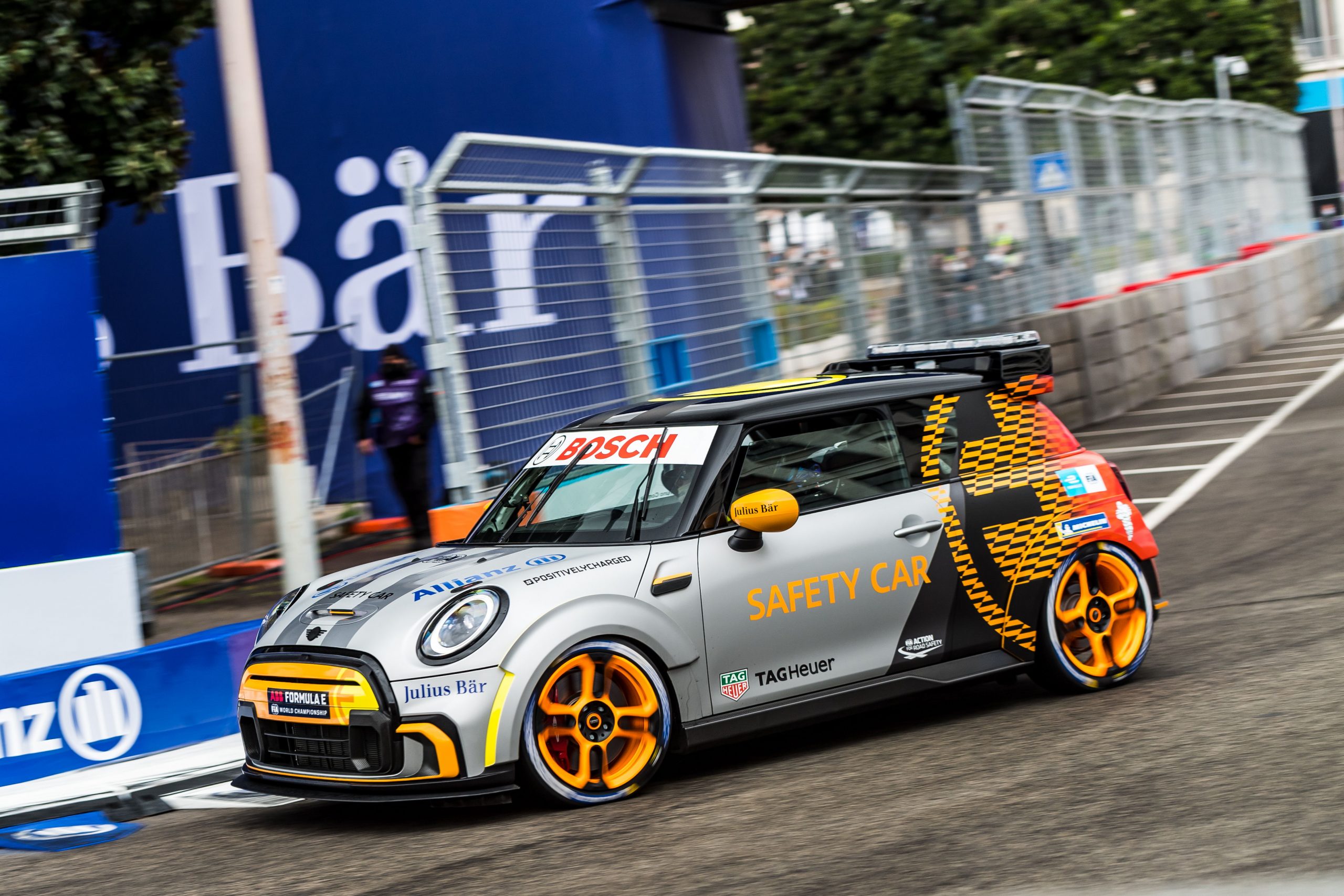 BMW Motorsport did not convert an existing road vehicle into the FIA Formula E Safety Car. Instead, the engineers used the new MINI Cooper SE. It yields 135 kW (181hp) of power and 280 Nm of torque. The JCW can sprint from 0-100 km/h in 6.7 seconds.

The brakes are largely identical in construction to those of the MINI John Cooper Works GP. For the chassis, the basic concept was adopted from production; however, numerous components (for example, the spring damper system) were replaced with motorsport elements.

A totally new feature is the Kevlar underride guard familiar from rallying, which primarily protects the battery of the MINI Electric Pacesetter inspired by JCW when driving roughly over kerbs.

Through the consistent use of carbon fibre in the construction of the specific bodywork modifications, some of which were even produced using 3D printing, the BMW Motorsport engineers were able to achieve a weight reduction of around 130 kg compared to the production model, and thus an unladen weight of around 1,230 kg.

FIA President Jean Todt said that the competition is the perfect environment to test the new MINI.

“The ABB FIA Formula E World Championship is the top electric racing series as well as an efficient way to promote urban sustainable mobility,” he said. “The new Official Safety Car – the MINI Electric Pacesetter – is a case in point.”

As we reported last year, Mini is currently developing concepts for electric John Cooper Works models. The iconic brand also manufactures the Mini Electric, which is powered by a 32-kWh battery that has a WLTP electric range of 145 miles.