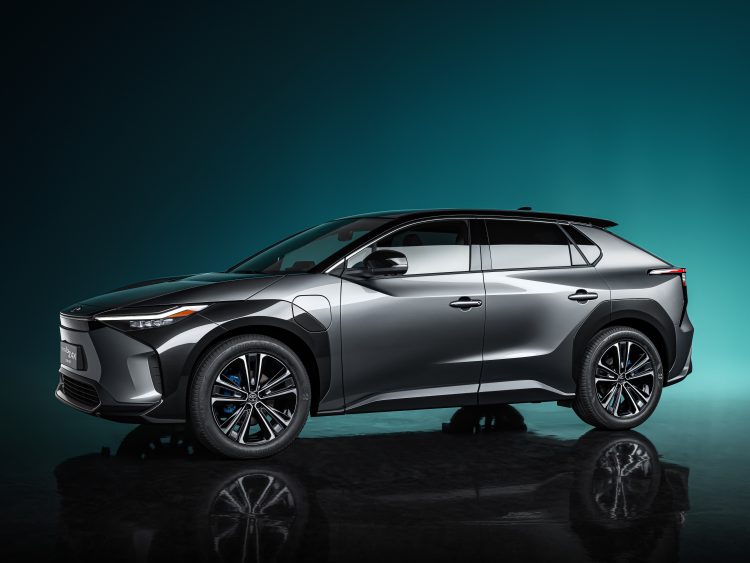 Toyota has presented a concept version of the forthcoming all-electric bZ4X at the Shanghai Motor Show.

The “bZ” is an abbreviation of “beyond Zero”, reinforcing Toyota’s commitment not only to achieving zero carbon emissions and carbon neutrality, but also going beyond to realise new benefits for the environment, for individuals and for society as a whole. 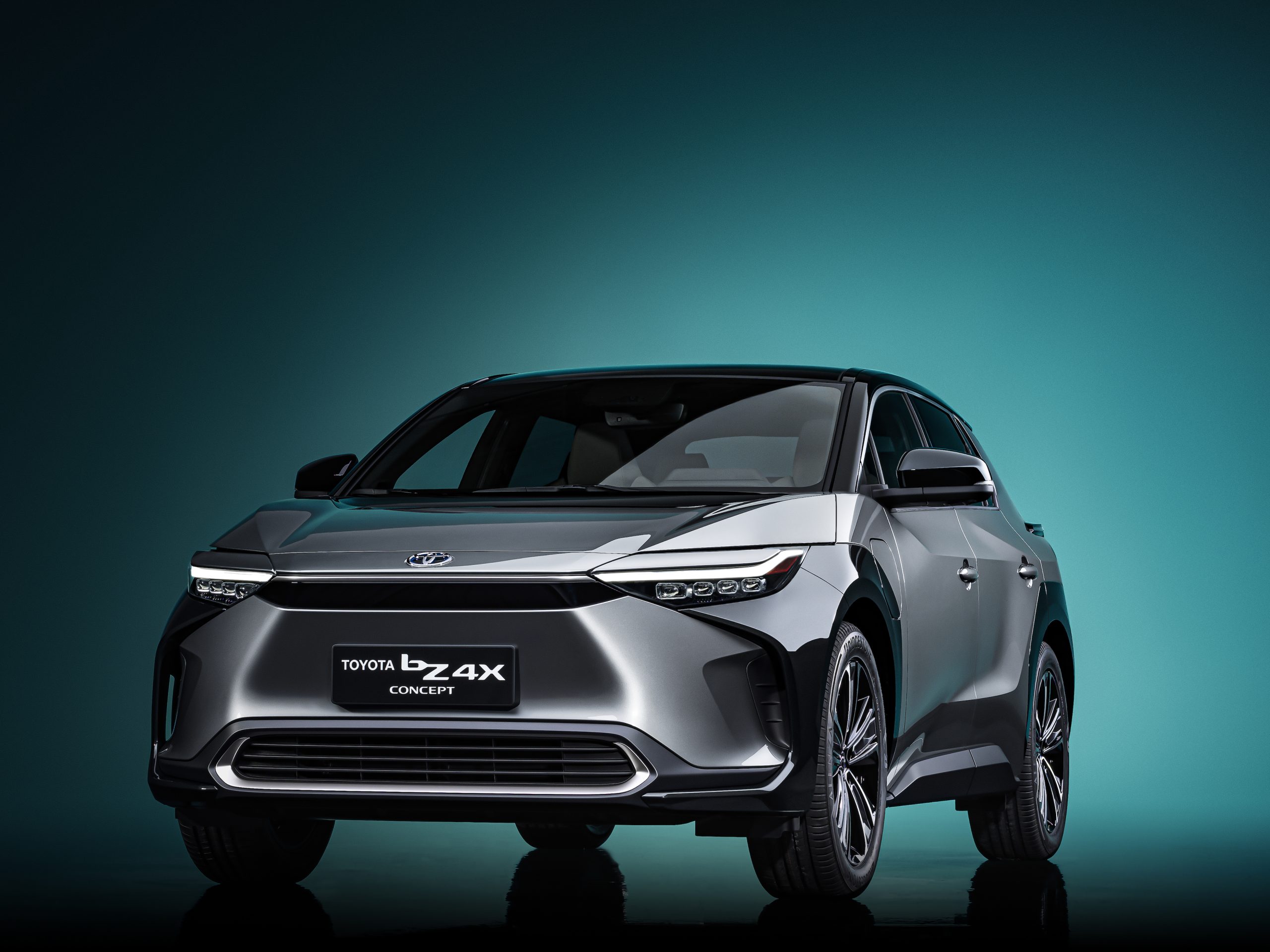 The Toyota bZ4X, a medium-sized SUV with all-wheel drive, will be based on the e-TNGA modular platform, developed specifically for electric vehicles. A long wheelbase and short overhangs help create a notably spacious and open cabin. In fact, rear leg room is similar to that of a large D-segment model.

Although the size and range of the battery have not been specified, the company has stated that the development programme has reaped the benefits of more than 20 years of Toyota’s leadership in vehicle electrification. Therefore, the electric powertrain – motor, control unit and battery management system – will deliver class-leading efficiency and a very competitive driving range.

The all-wheel drive system, delivered by electric motors on the front and rear axles, has been developed with the help of Subaru. The system, according to the company, gives genuine off-road capability that also provides extra security and peace of mind for drivers in all on-road conditions.

The new bZ4X is expected to be a very interesting model to drive as it will be available with a steer-by-wire system. This technology will give the driver greater control, removing interference from rough road surfaces and braking, and more precise response in line with the vehicle’s speed and steering angle. 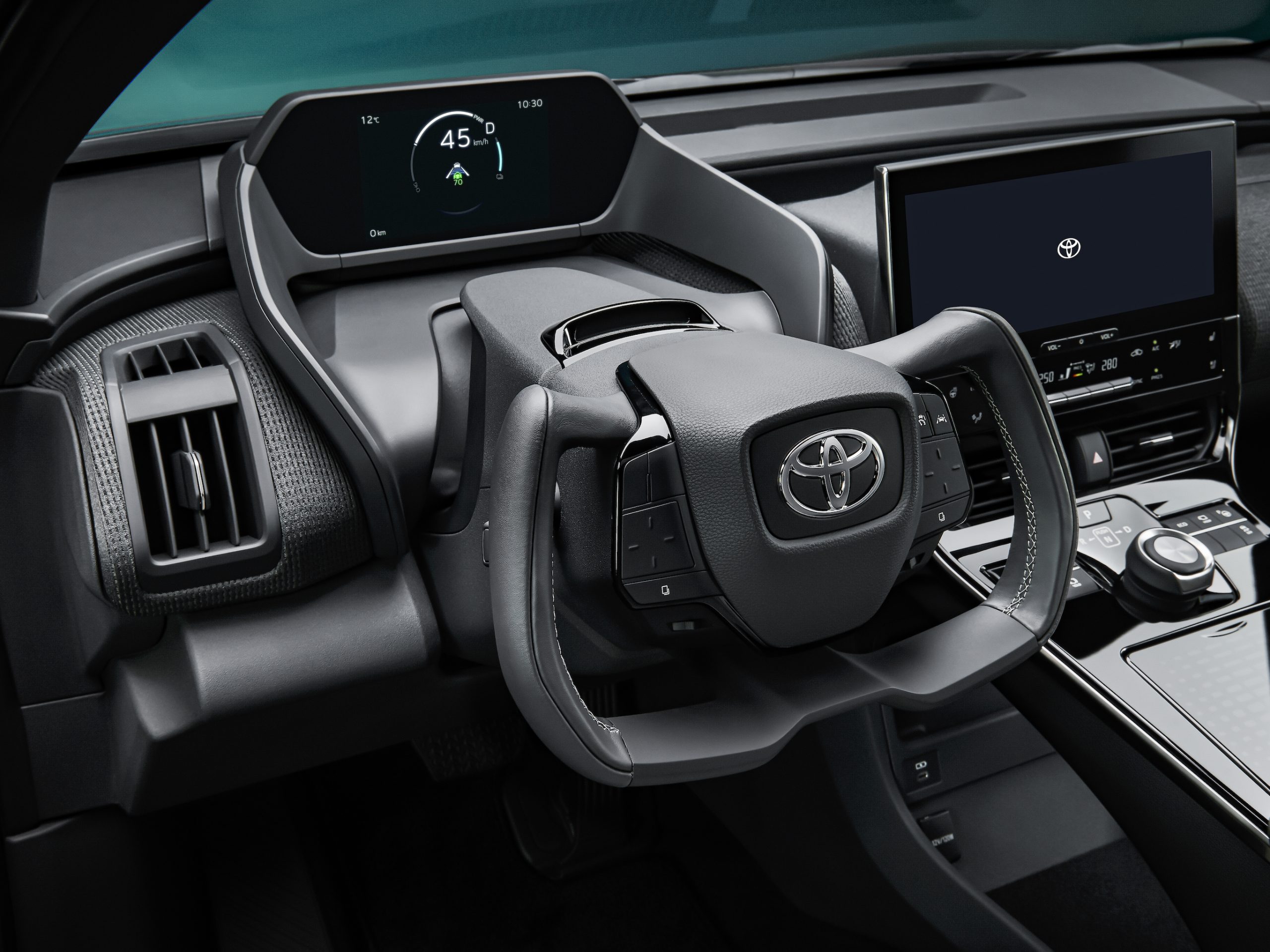 Steer-by-wire also dispenses with the traditional, circular steering wheel, replacing it with a different shaped “yoke” control, so the driver no longer has to move their hands around the wheel as they make a turn.

The Toyota has been designed through a human-focused development and by providing mobility that’s tailored to people’s real lives and experiences, according to Chief Engineer Toyoshima

“This is not just about contributing to the environment by being a zero-emission vehicle but giving value ‘beyond Zero’ emissions by making driving easier and more fun,” he said.

Toyota has explained that “bZ” also signals how the company is looking beyond zero emissions when it comes to future mobility. With its focus on “Delivering Ever-Better Mobility for All,” beyond Zero also encompasses Toyota’s desire to create products and services that enhance the pleasure of driving, elevate the connected experience, keep all road users safe and protected and ultimately create better societies around the world.

Toyota has been showing off another electric concept electric car recently. Earlier this month, we reported, its luxury brand Lexus has showed off the new LF-Z, which will be powered by a 90-kWh battery with 400kW (536hp)