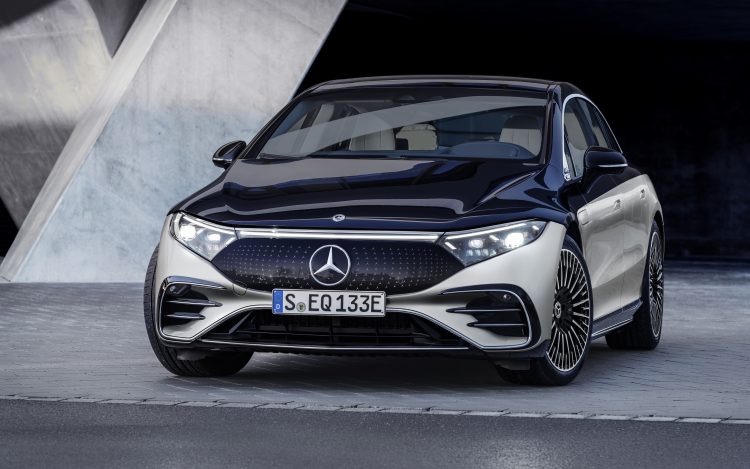 Mercedes-Benz has finally unveiled its first ever all-electric luxury sedan, the EQS.

The stunning new EV is based on the modular EVA architecture for luxury and executive-class electric vehicles.

The German automaker will offer two different options for the EQS. The EQS 450+ will have a rear-mounted asynchronous electric motor that delivers 329bhp and 338lb ft of torque, while the EQS 580 4MATIC will put a motor on each axle for a combined 516bhp and 631lb ft. However, the range-topping model unfortunately will not be available for the UK market. Mercedes also hinted at a dual-motor model with 740bhp but gave no further details at the launch. 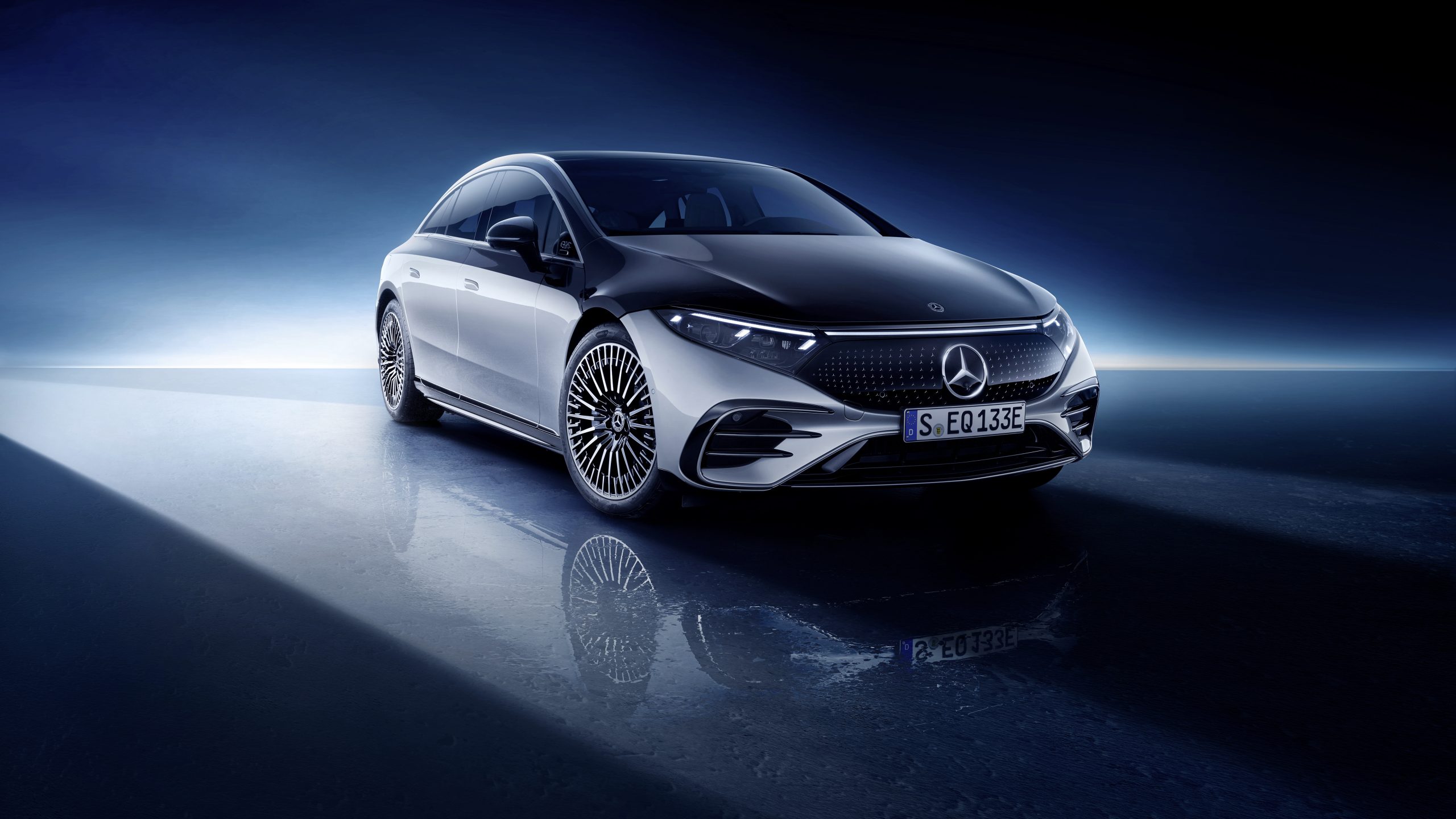 The new sedan is expected to have an impressive WLTP range of 700 km (481 miles). The EQS also marks the launch of a new generation of batteries with significantly higher energy density. The larger of the two batteries has a usable energy content of 107.8 kWh. The innovative battery management software, developed in-house, allows updates over the air (OTA).

The EV can be charged at up to 200 kW using rapid charging stations with direct current. Power for up to another 300 kilometres is recharged in just 15 minutes. At home or at public charging stations, the EQS can be conveniently charged with up to 22 kW with AC using the on-board charger.

As impressive as it is from the technical point of view, the EQS also maintains the stunning design that Mercedes showed us in the concept model last year. The slick EV, according to Mercedes, is the most aerodynamic production car in the world as the design team was able to achieve an incredibly low drag coefficient of 0.20.

As we reported, Mercedes will incorporate the MBUX hyperscreen into the EQS. This curved screen unit stretches almost the entire width from the left to the right A-pillar. It is equipped with artificial intelligence (AI) that makes the display and operating concept adapt completely to its user and make personalised suggestions for numerous infotainments, comfort, and vehicle functions. 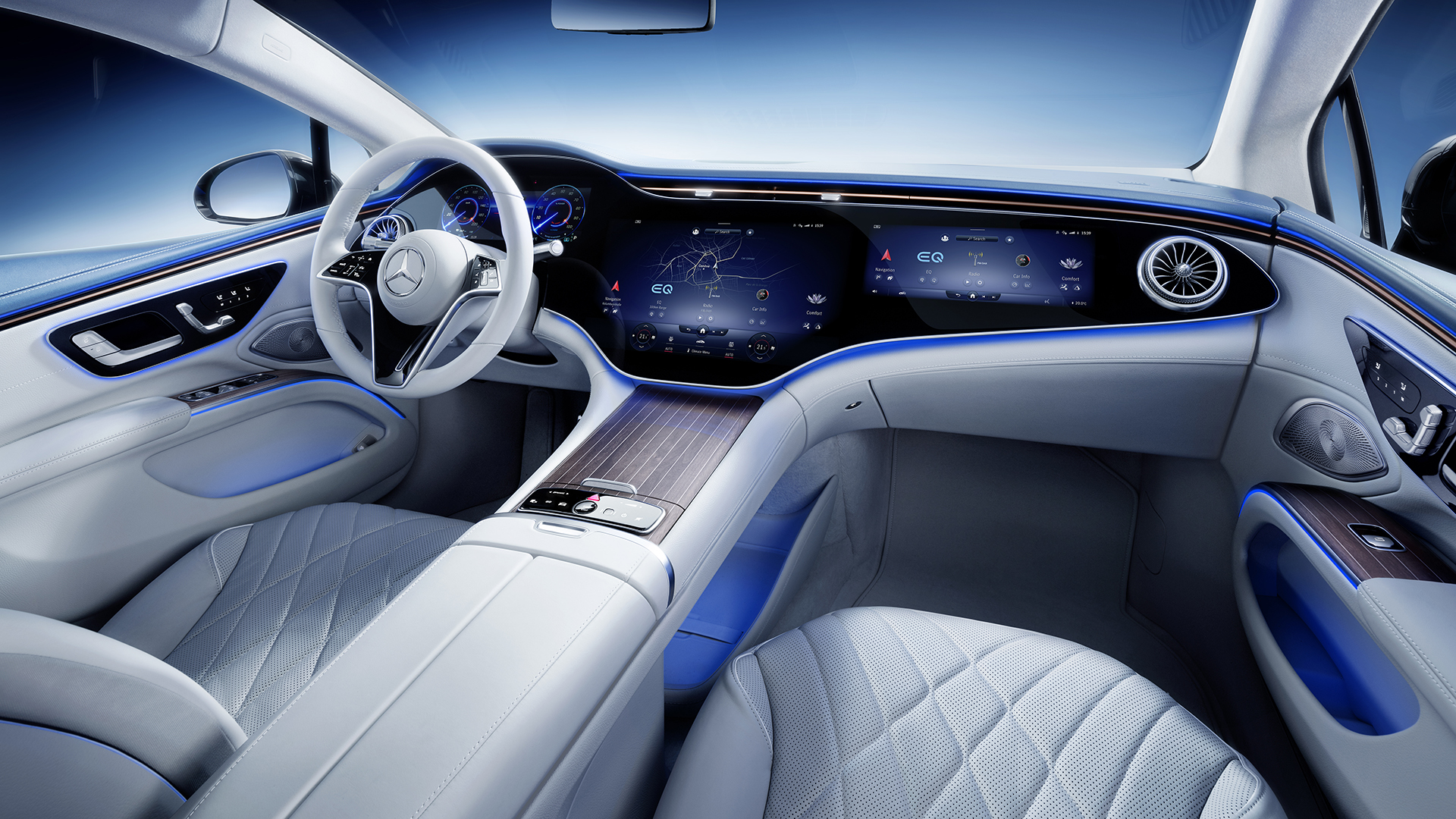 The MBUX screen will come in handy when the driver is looking to charge the EQS, as the company said that hyperscreen will have a feature showing whether the available battery capacity is sufficient to return to the starting point without charging. It will highlight charging stations along the route and also calculate the estimated charging costs per charging stop.

The EQS is an exceptionally intelligent vehicle as it is equipped with up to 350 sensors. These record distances, speeds and accelerations, lighting conditions, precipitation and temperatures, seat occupancy as well as the driver's blink of an eye or the passengers' speech. This wealth of information is processed by control units that, controlled by algorithms, make decisions at lightning speed.

The company has also said that the car will have a revolutionary optional Drive Pilot feature, where the EQS will be able to drive in conditionally automated mode at up to 60 km/h where traffic density is high or in tailbacks on suitable motorway sections, initially in Germany. By relieving the pressure on the driver, the system enables him or her to undertake secondary activities such as browsing on the internet or dealing with emails in the In-Car Office, and so gain extra time.

The EQS is part of the Ambition 2039 initiative, where Mercedes-Benz is working on offering a carbon-neutral new car fleet within 20 years from now. By as early as 2030, the company wants more than half the cars it sells to feature electric drive systems, which includes fully electric vehicles and plug-in hybrids.