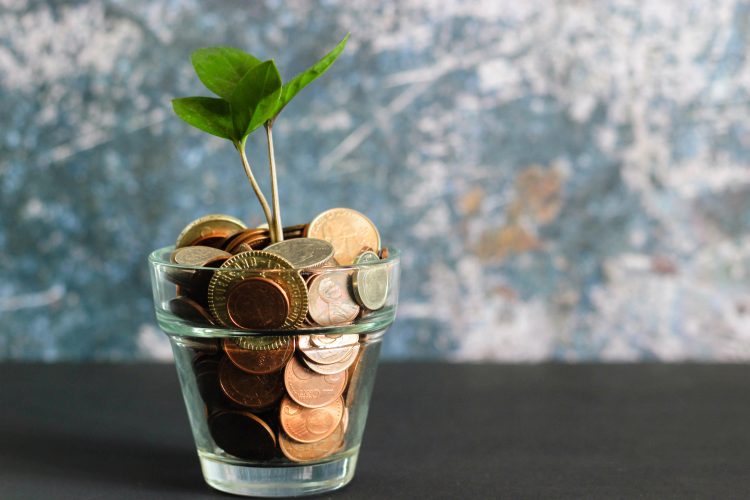 Photo by Micheile Henderson on Unsplash

Switcher.ie researched the cost of charging an electric vehicle across Europe to estimate the difference in price.

The company looked at the cost of electricity across the continent and found out that Germany is the most expensive country to charge an EV in Europe. In fact, the cost per kWh is €0.30 which means that to charge an EV with a 58kWh battery like the Volkswagen ID.3 an owner would have to spend on average €19.02. 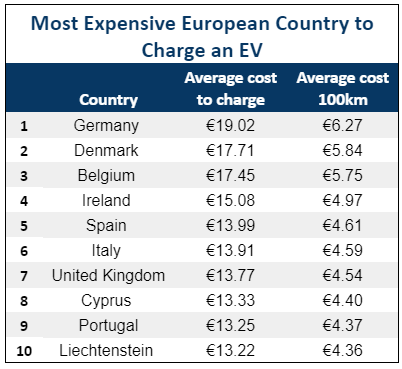 Meanwhile, the cheapest country was Ukraine averaging only €2.91 a charge as the cost per kWh is a mere €0.05. Switcher has explained that the difference in how much people pay for energy at home in their own country could depend on a variety of factors such as geopolitical situation, network cost, taxes, wages, and environmental protection cost.

Denmark is the second most expensive country to charge an EV with an average cost of €17.71, followed by Belgium with a price tag of €17.45.

Meanwhile, the UK is the seventh most expensive country to charge an EV at €13.77. According to Switcher the country saw a huge surge in EV sales in 2020. A total of 108,205 EVs were sold, a 180% year on year rise and a 6.6% market share. The UK offers grants towards the cost of new EVs as well as tax benefits. 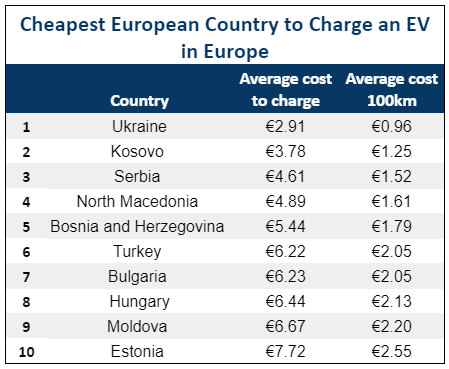 In contrast, the podium for the least expensive country alongside Ukraine is completed by Kosovo and Serbia where with less than €5 it is possible to have a full charge for an EV.

Eoin Clarke Managing Director of Switcher has said that energy prices are affected by various factors, but an informed consumer could still manage to save up some money.

“The price of electricity hugely varies across Europe, but that doesn't mean you're stuck with huge bills even if you do live in a more expensive country,” he said. “For those who can, switching energy suppliers could save you a huge amount of money, especially when you start charging your electric car from home. Take a look at different types of tariffs to see if you could slash your bills by only charging your car on a certain day or at a specific time.”