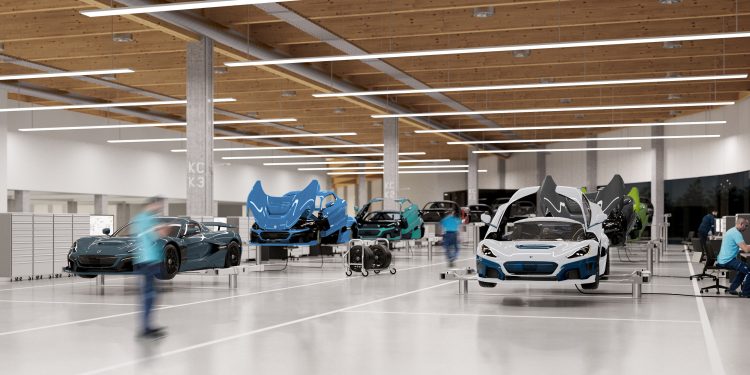 EV hypercar manufacturer Rimac Automobili has unveiled the design for its new state-of-the-art home in Croatia, including on-site test track, accommodation, and museum.

The new complex will be its international R&D and production base. It will enable the company to ramp up from prototype and smaller volume projects to high-volume production of its high-performance electric drivetrain and battery systems for many global car companies. 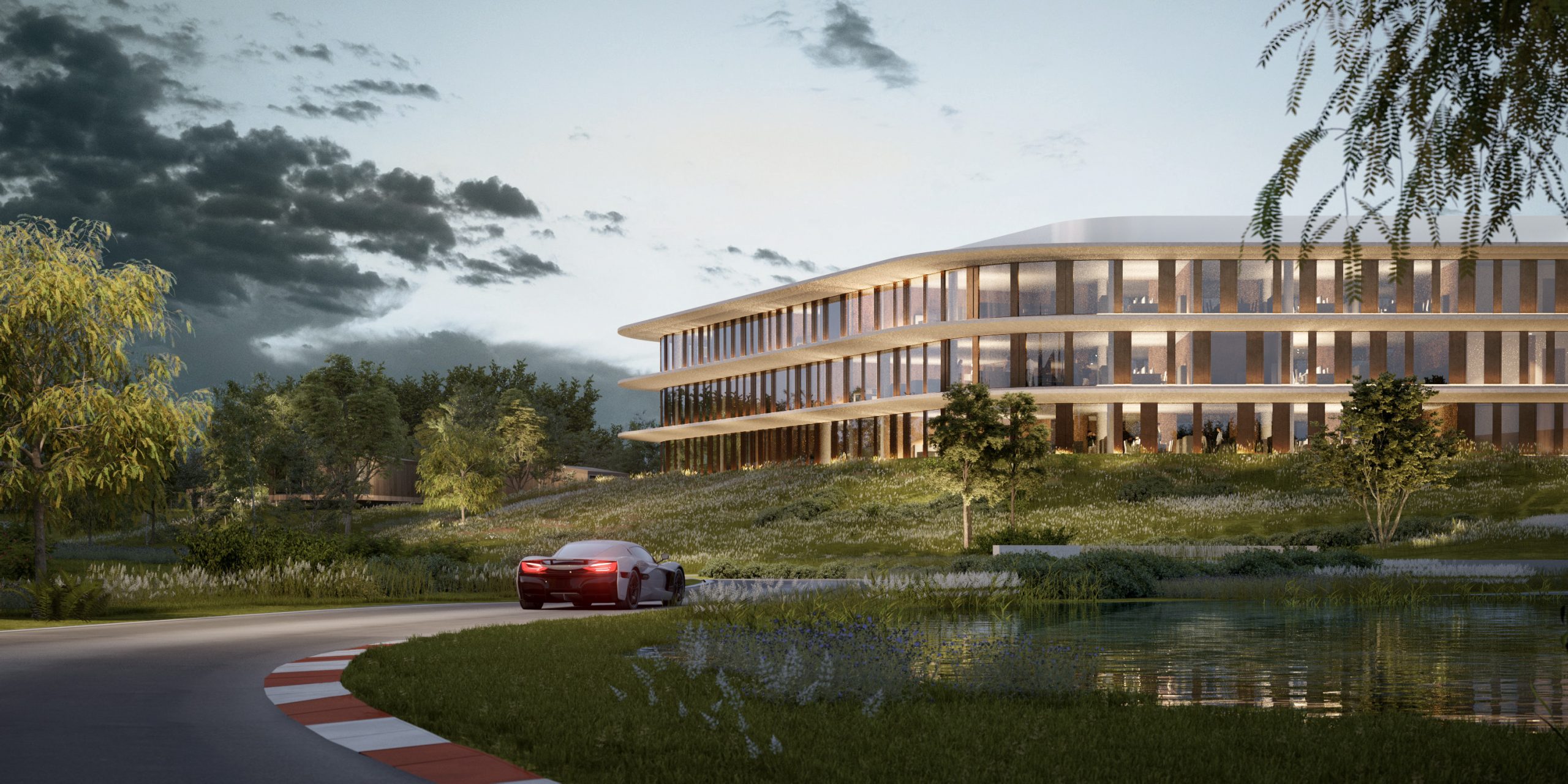 The new site, designed around the idea of providing the best possible working environment for an international workforce, is located only a couple of kilometres from Rimac’s current home and occupies a site of 200,000 m² while the built area will be 100,000m². It is expected to be completed by 2023.

CEO and Founder, Mate Rimac is incredibly excited and proud of how far his company has come and its achievements through the years.

“Just 10 years ago this company was only me in a garage, working on electric performance vehicles and components,” he said. “Since then, we have grown to around 1,000 employees, formed strategic partnerships with Porsche, Hyundai Motor Group and others, and are working with the biggest names in the automotive industry.”

The eye-catching complex, carefully designed by famous Croatian architectural practice, 3LHD, will showcase the brand’s spirit and focus on attention to detail.

“We have now reached a point where we need to build our long-term home in Croatia, and that’s exactly what the Rimac Campus is,” the CEO explained. “Having outgrown our existing facilities, we’re now creating a space that best reflects our brand and our ambitions.”

In order to keep with the brand’s focus on striking design, innovation and sustainability, the new complex will contain many clever and unique features. Among them are an urban ‘swamp’ and meadows, plus a rooftop garden.

Arguably, the complex’s most unique element will be its on-site accommodation. Rather than opting for a traditional hotel to accommodate both visitors and new employees, the team has signed off on a series of individual ‘pods’, which will blend in with the woodland that surrounds them.

The site will also boast many aspects to enable customers to immerse themselves in the full Rimac experience. As part of it, there will be a customisation showroom to allow customers to preview and specify their cars to their exact tastes on-site, plus a museum with a bar and merchandise shop.

As we reported, Rimac is going through the final stages of development of its incredible all-electric hypercar. According to the company, the vehicle, which is called C_Two, will be able to reach a top speed of 258mph thanks to its 1,914-horsepower motor. 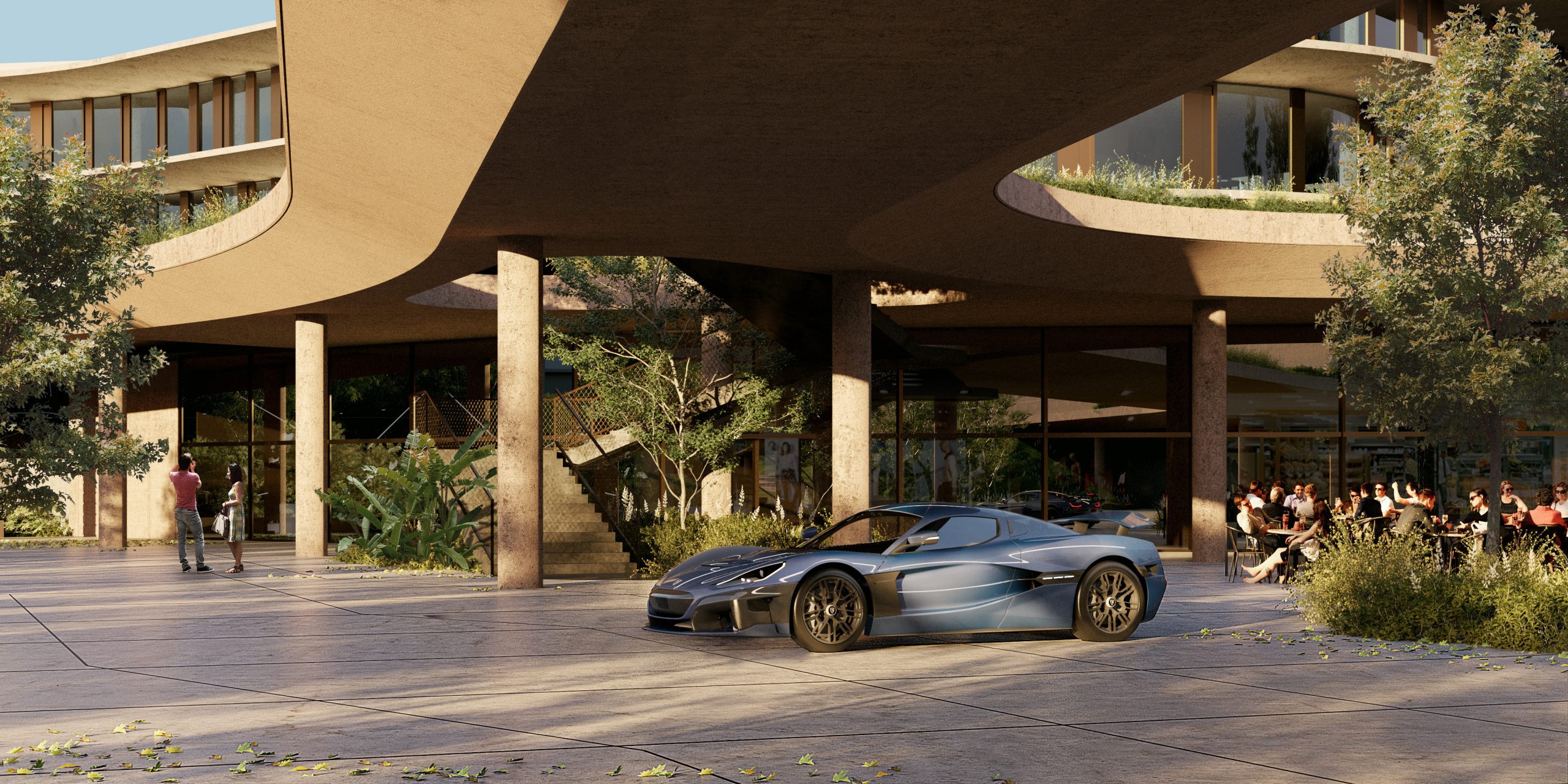 The company has also announced that Porsche has further increased its investment, expanding its stake in the business to 24%.

While Croatia will be the home for the headquarters of the company, Rimac is also set to open a UK office, which we reported will be closely collaborating with the UK automotive industry.