Seconds out as Genesis Motor prepares to enter the EV arena 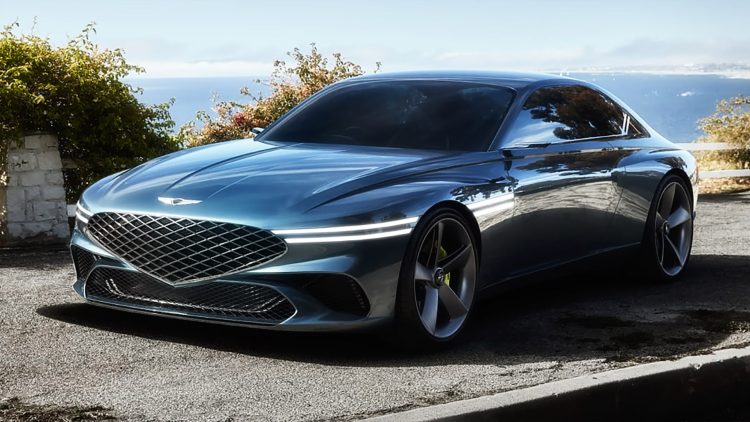 Hearing that Tiger Woods survived flying off an ‘A road' at close to 85mph might have been the first time that many will have heard of the car brand, Genesis. Certainly, a search of Google here in the UK at the start of April 2021 will give you plenty about the band, a little about the bible and one reference to a manufacturer of mountain bikes. Nothing about the Genesis Motor company from Seoul in South Korea.  Given the styling on its latest EV concept and the fact that it is backed by Hyundai – we expect Google will be offering a lot more entries relating to this company before the end of 2021. So that leaves the question: What is Concept X?

That is the kind of deal being considered by Enrique Lorenzana, Head of Sales for Genesis.

With mainstream manufacturers like Toyota enjoying a lot of success by launching luxury sub-brands like Lexus, it's no surprise that Hyundai began its own project in 2003. The Genesis Concept was ready by late 2007 and revealed to the world at the New York International Auto Show on April 4th 2008.

Production was relatively slow until 2016, at which point the company started a strong growth phase – that coincided with the opening of its prime showroom: The Genesis Gangnam Store in Seoul.

So, what is it about the styling of the latest Genesis concept car, label ‘X', that has everyone so excited?

Simply put, this EV scores really high on the desirability scale, not only because of the external shape (which appears to be a homage to Aston Martin at its best), but right through to the driver interface…

…and the stylishly elegant cockpit.

External aesthetics will always be a matter of personal choice, but the Genesis Concept X seems to have all of the angles covered.

Given the amount of work that has clearly gone into this sports car already, there seems to be little chance that it won't launch. Still, it never hurts to do some research. Mark Del Rosso is the President and CEO of the American branch of the company. He's tweeted out for the public's opinion as to whether they would commit a $1,000 despot to get hold of one of the early production models.

If you would reserve the Genesis X with a $1,000 deposit, leave us a comment. Our President & CEO Mark Del Rosso wants to know. #JustAsking #GenesisXConcept

Let's go back to our starting point for this article, the famous Tiger Woods crash. Rhett Allain, associate professor of physics at Southeastern Louisiana University, has studied key differences between an impact at 70mph and one at 85mph. The g-force alone can be 20% higher, with a significant increase in the chance of the occupants not surviving. For Woods to come away with only a couple of leg breaks gives an idea of just how well built his Genesis vehicle was.

If the Concept X arrives with the styling we've seen here – and utilises the latest version of Hyundai's revolutionary Electric-Global Modular Platform (E-GMP), which is rumoured – then this could be a real contender in the EV sports market.