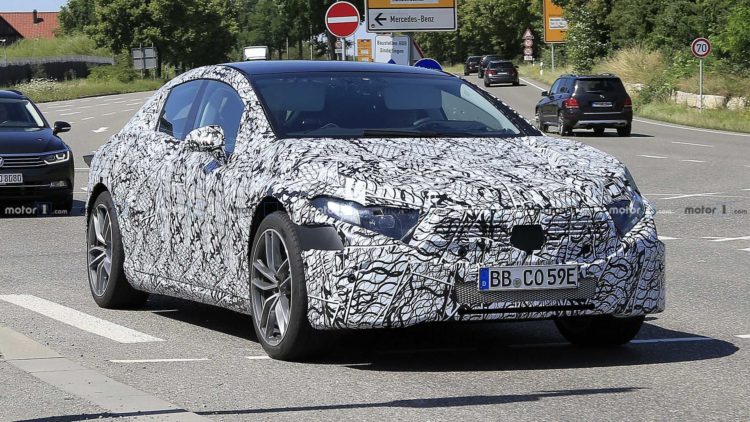 Mercedes has confirmed that its new all-electric EQS will be revealed to the public on April 15.

The EV will come with up to 435 miles of range from its 108kWh battery. The new Mercedes is expected to be competing with the likes of the Porsche Taycan and Audi e-Tron. The company also claims it will set the benchmark for aerodynamics, with a drag coefficient of just 0.20 Cd.

It will almost certainly come with two electric motors (one at the front and one at the back to make the car four-wheel drive) that will produce around 470hp combined. That should allow the car to accelerate from 0-60mph in around 4.5 seconds.

The company has said that the massive battery pack can be charged up from empty to 80% capacity in less than 20 minutes.

As we reported, the electric luxury sedan will be the first Mercedes based on its EVA all-electric architecture. The EQS is just the beginning for Mercedes as the company has also announced that it will expand its electric car range adding six new models to the EQ segment. 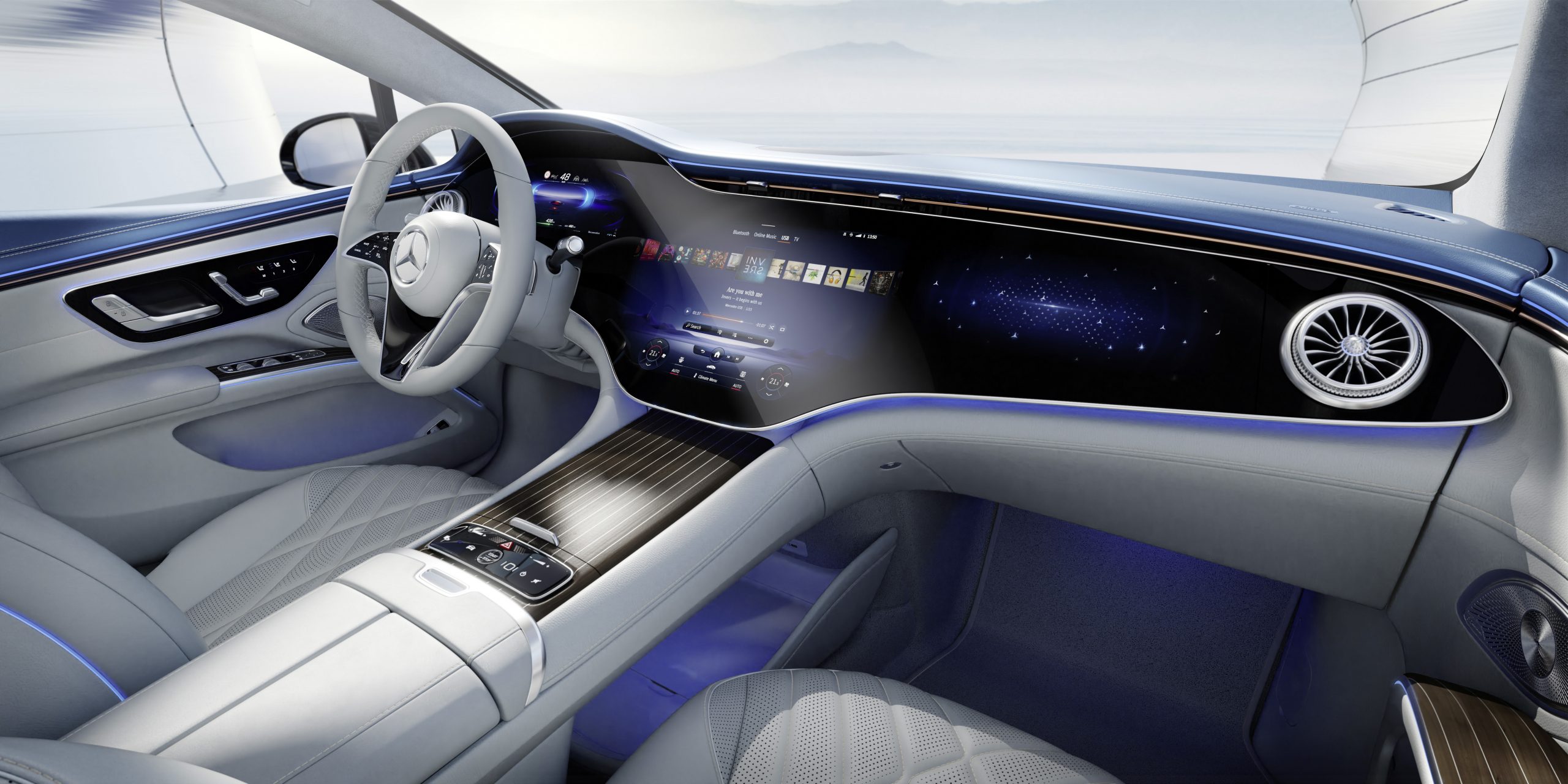 The EQS not only will be extremely powerful and with an impressive range but it is also expected to be equipped with the latest technology. In fact, the sedan will be launched with the incredible MBUX Hyperscreen. The large, curved screen unit will stretch almost the entire width from the left to the right A-pillar and will be equipped with artificial intelligence (AI).

The EQS will also be loaded with the latest in autonomous driver-assistance tech – it will steer, accelerate, and brake for you in order to keep you in your lane (and stop you from driving into other cars) on motorways and dual carriageways. 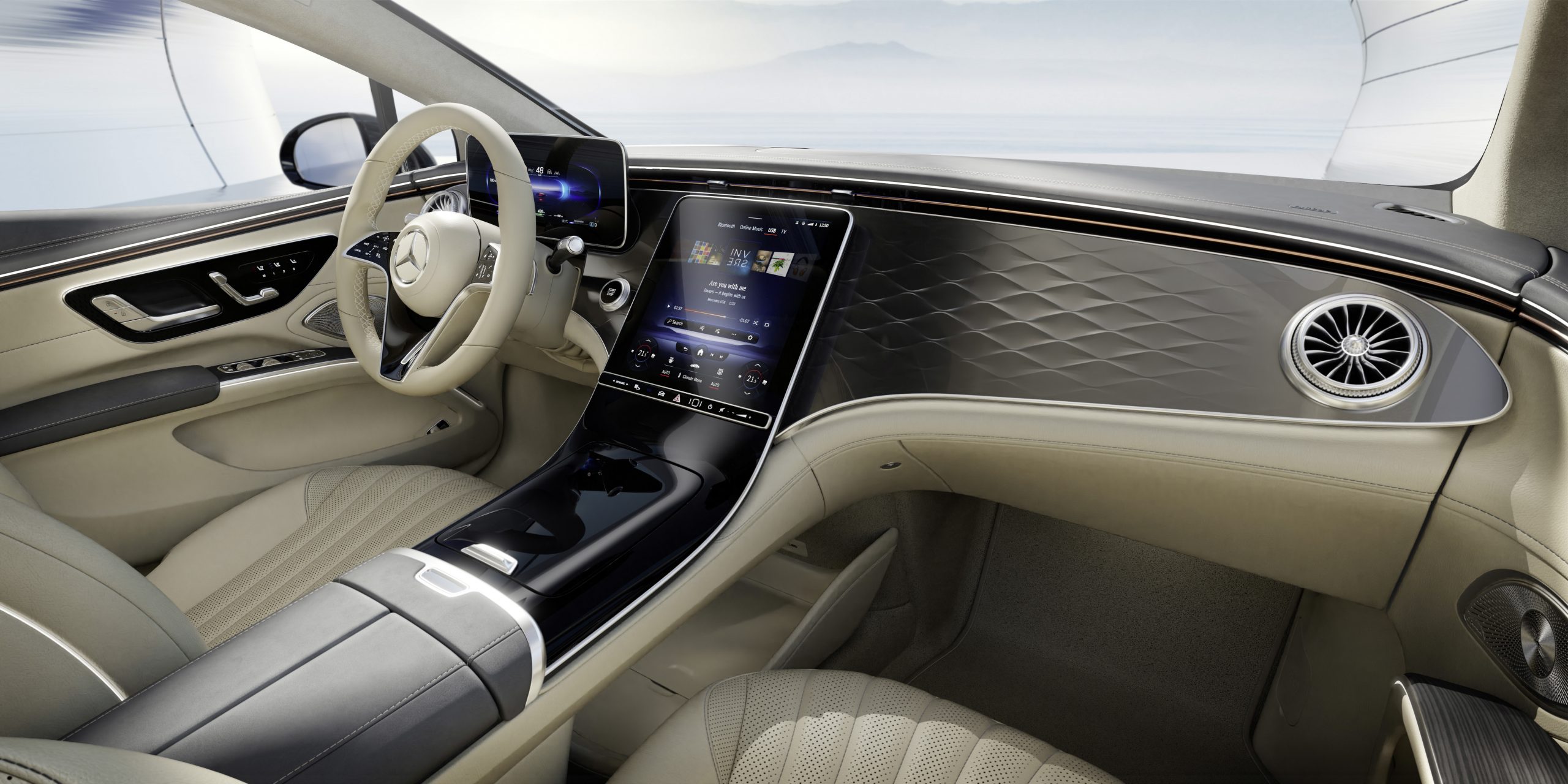 The EQ line is part of Mercedes-Benz’s “Ambition 2039” initiative. The company is working towards offering a CO2-neutral new car fleet less than 20 years from now. Mercedes wants electrically powered cars including all-electric and plug-in hybrid vehicles to account for more than half of its sales by 2030.

While we have to wait a little longer for the EQS, Mercedes has already launched the electric SUV EQA. The entry-level EV is equipped with a 140kw (196 hp) engine and 66.5kWh battery that provides a range according to WLTP of 426 kilometres (266 miles). It will have a starting price of 47,540.50 Euros.