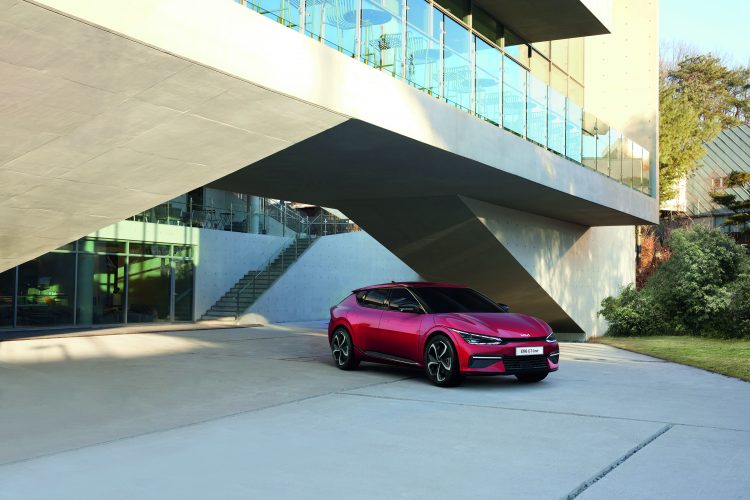 Kia has officially launched the EV6, its first battery electric only model, in a world premiere event hosted on YouTube. The company had already released images of the new car in mid-March.

The new car is Kia’s first release based on the E-GMP platform co-developed with Hyundai, which has also used it for its new pure battery-electric car, the Ioniq 5. 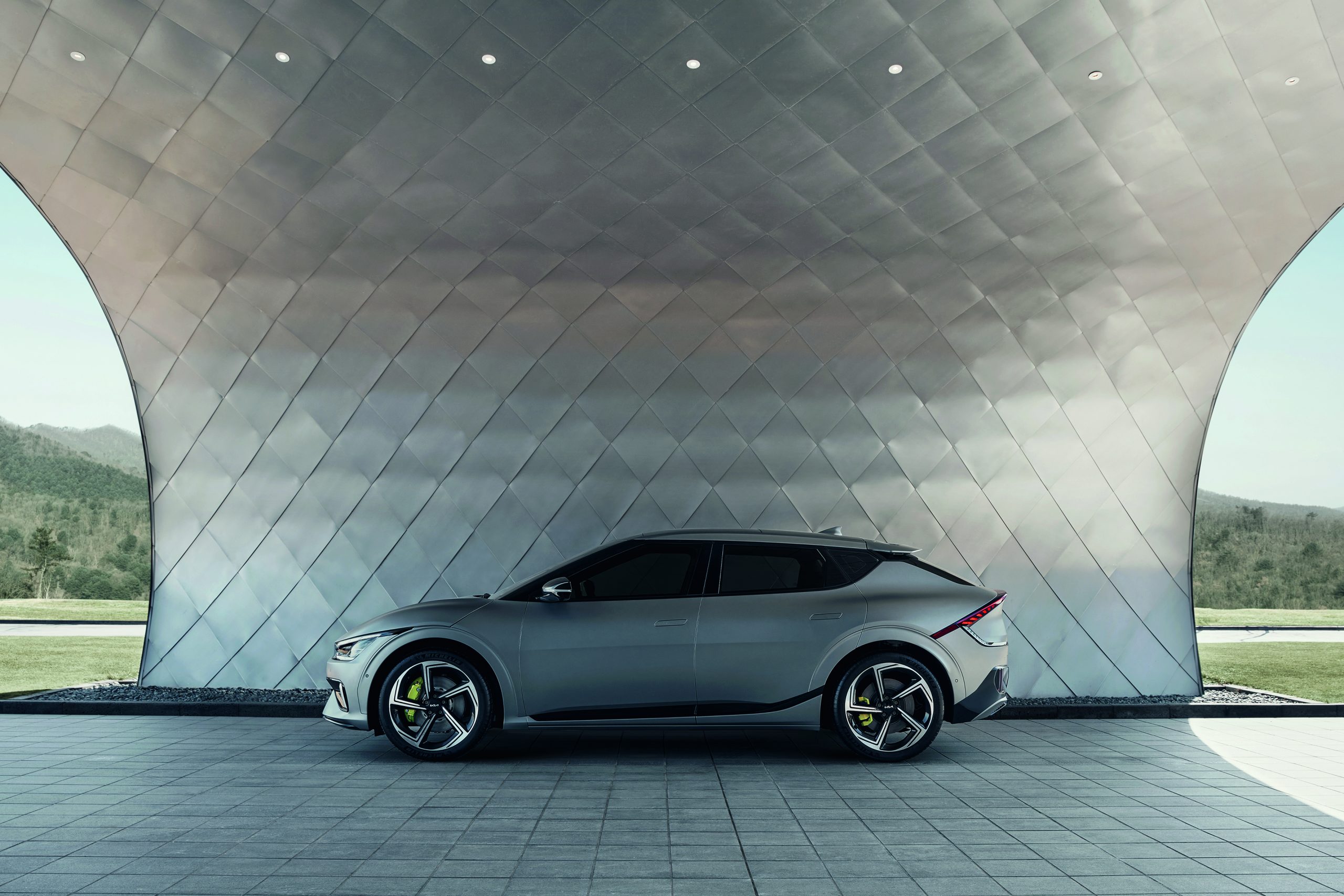 During the launch, Kia revealed a few new details. There will be three versions of the EV6 – a base model, called just EV6; the EV6 GT-line; and the high-performance GT. This top-of-the-range model boasts some highly impressive statistics.

Kia had already mentioned that the EV6 could reach 62mph in 3.5 seconds, but it has now been revealed that this is thanks to the EV6 GT sporting dual motors delivering a hefty 430kW (585PS, 577hp), which is more than a Tesla Model 3 Performance.

At the launch, Kia pitted the EV6 GT against several supercars in a 400m drag race, and only the McLaren 570S beat it. A Porsche 911 Targa 4, Ferrari California T, Mercedes-AMG GT and Lamborghini Urus were all left in its wake. While it is likely that this wouldn’t have been the case at 1,000m, with the EV6’s estimated top speed of 260km/h (163mph) this is a significant statement for the Korean manufacturer. 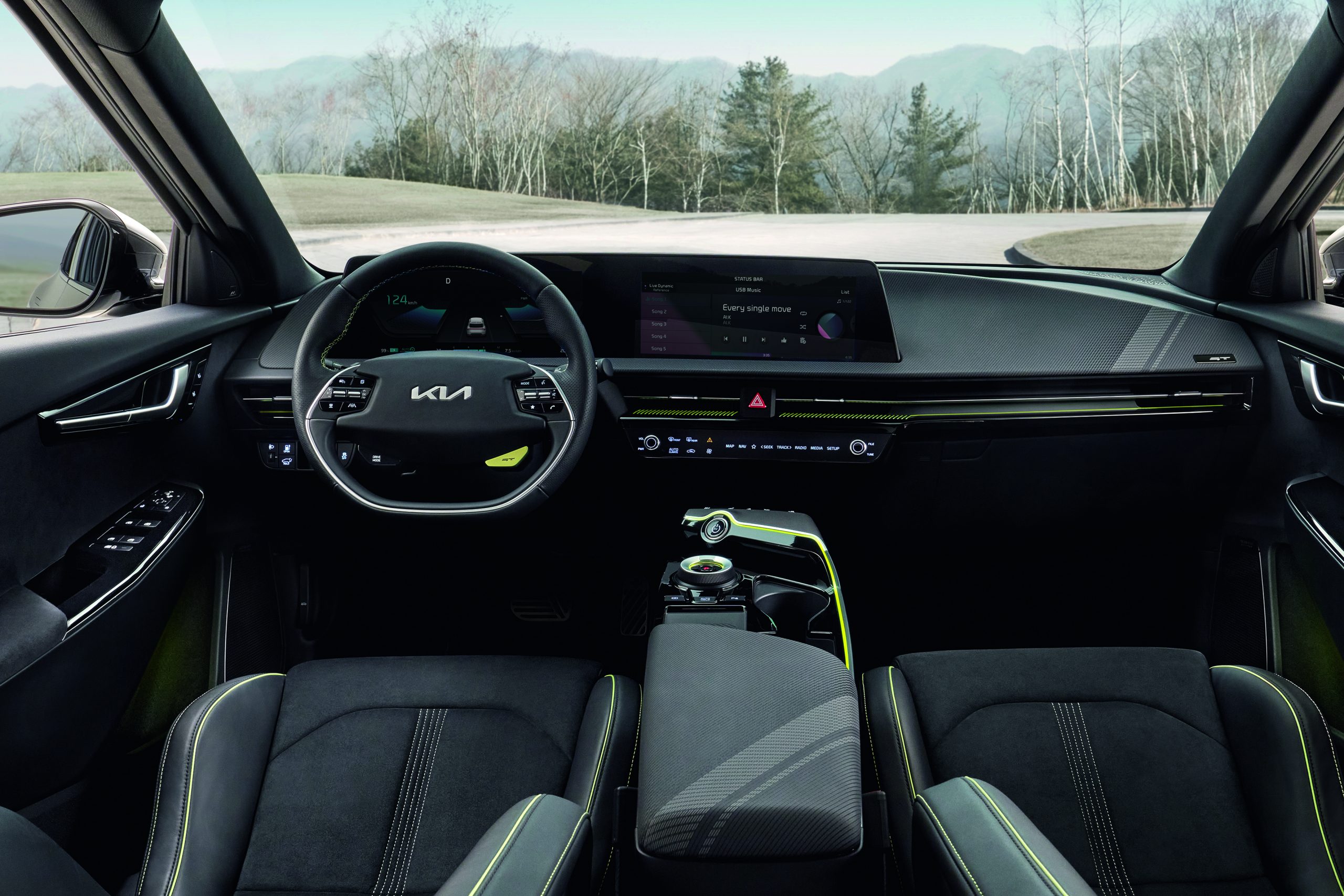 On a more practical level, range is up to “over 510km” (319 miles), although Kia did not say which version would offer this. However, two battery sizes will be available – 77.4kWh and 58kWh. The EV6 GT only comes with the bigger battery, but the smaller one will be offered with single- and dual-motor options.

Kia has given considerable though tot the interior as well, with a large, dual 12in curved LCD panel cluster wrapping across two-thirds of the dashboard and an AR head up display projected directly onto the windscreen. There are customisable touch buttons available too. 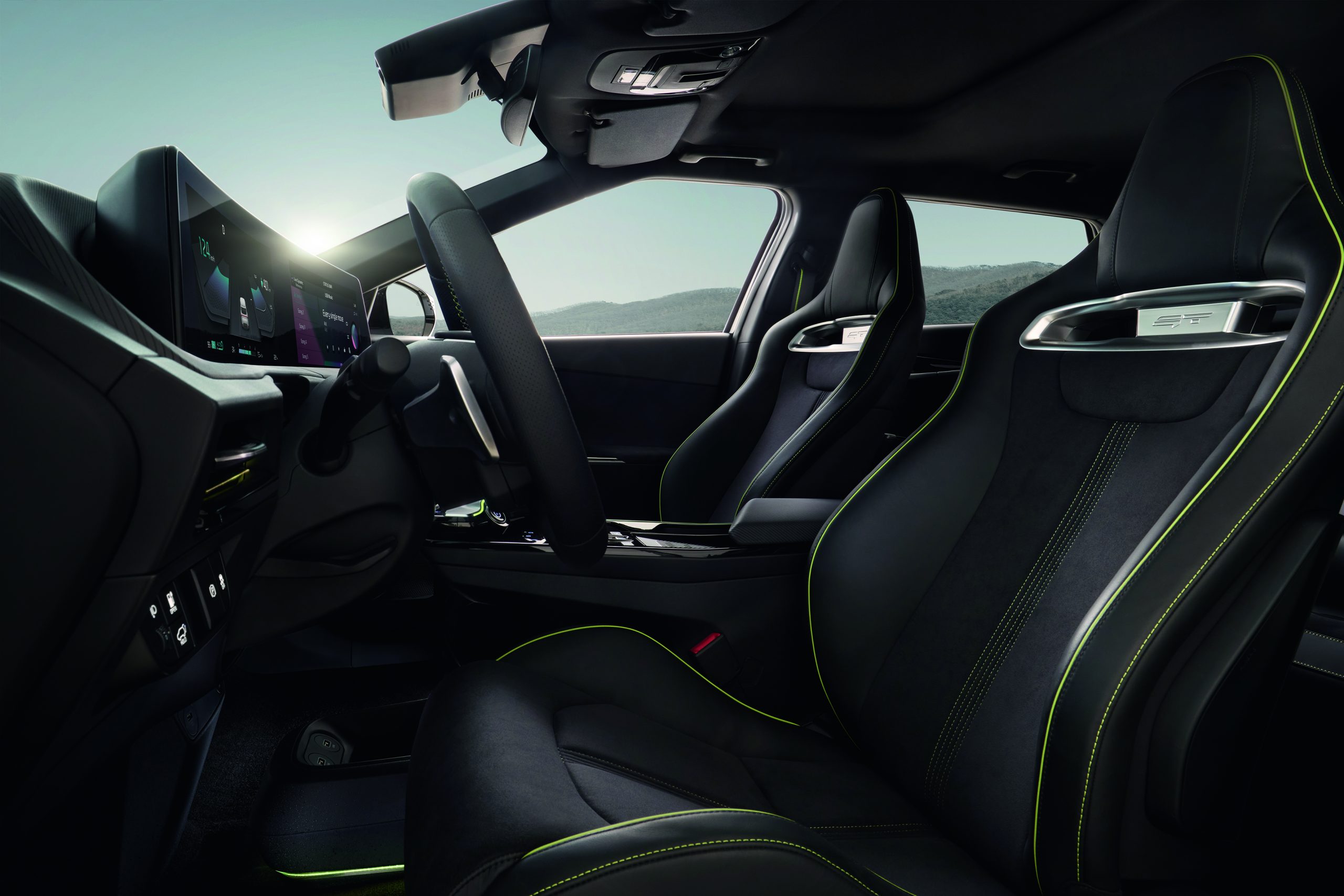 The EV6 has a 2.9m wheelbase, providing loads of interior space, which Kia says is like many mid-sized SUVs. Kia calls its seats “zero gravity”, designed to provide relaxing comfort. The seating materials are recycled PETs, vegan leather, or flaxseed oil tanned leather. Kia claims the amount of recycled material used in each EV6 interior is the equivalent of over 100 empty plastic water bottles.

Other highlights include a 1,600kg towing ability (again, we do not know which models this includes, although you need 35% charge or greater), and a similar ability to the Ioniq 5 to power other devices. An output on the outside of the EV6 can deliver a Vehicle-to-Load (V2L) up to 3.6kW. So you can pull a caravan and power it from the EV6.

Karim Habib, Senior Vice President and Head of Kia Global Design Centre, said: “EV6, as the first dedicated Kia EV, is a showcase of human-centred, progressive design and electrified power. We strongly believe EV6 is a compelling and relevant model for the new EV era. With EV6 we aimed to create a distinctive, impactful design by using a combination of sophisticated, high-tech features on pure and rich volumes while providing a dedicated EV aiming to define our future.”

One thing that was not discussed at the launch was UK pricing or exact availability. Although reservations can be made already in some markets, only the “second half of 2021” was mentioned for sales. We cannot wait.